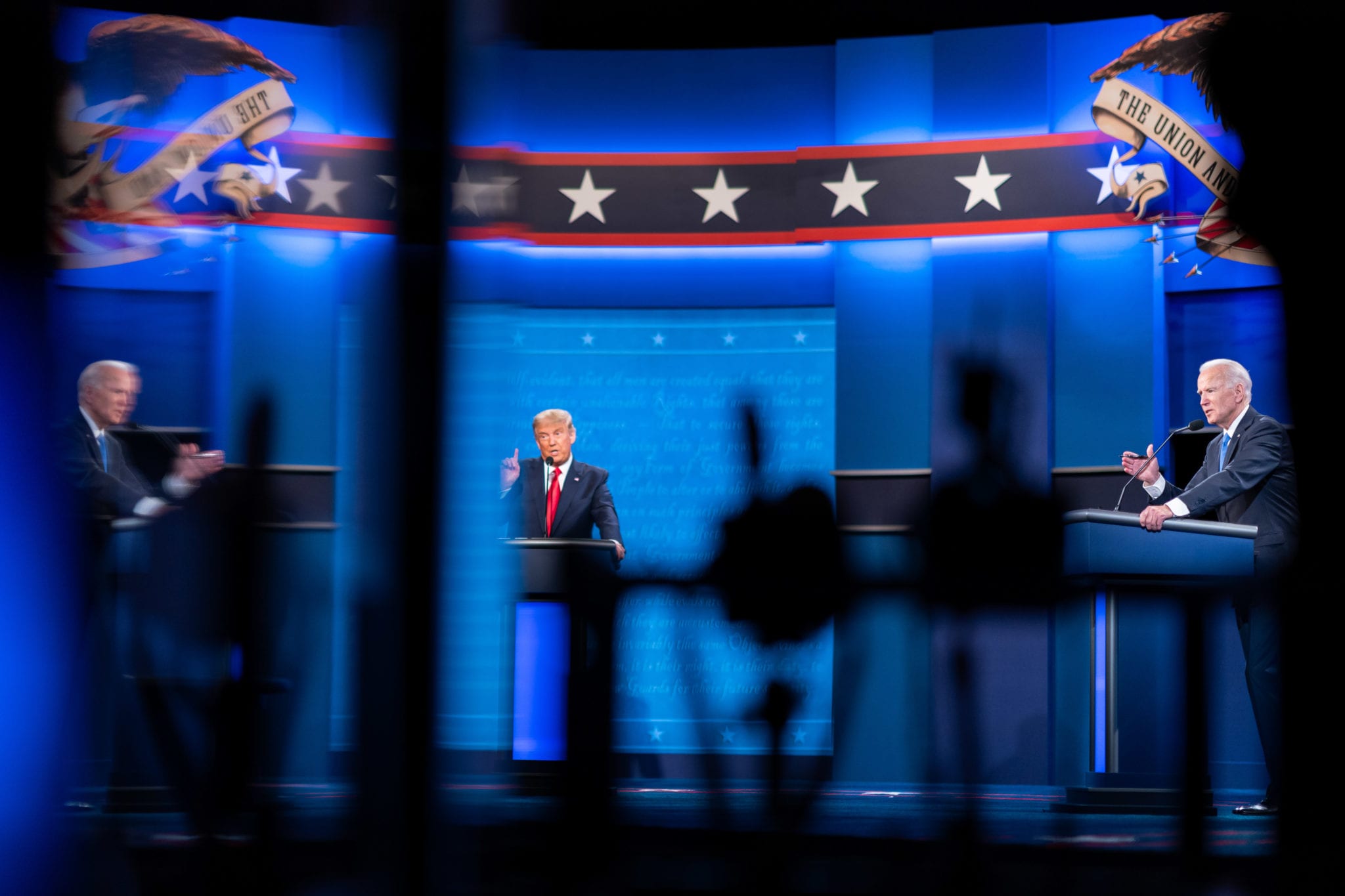 With U.S. federal election results poised to be a huge win for the weed industry, it’s still not too late to buy stock in North America’s most promising firms, according to the managing editor of the BCMI Cannabis Report.

Chris Damas updated his recommendations in a recent note to clients on which companies he sees have the reputable management and production scale to be industry leaders after Nov. 3.

Along with triggering spikes in cortisol levels across America and the rest of the world, election day offers the cannabis sector upsides at both state and federal levels.

If Democratic candidate Joe Biden is elected president, and more importantly the U.S. Senate flips blue, a number of pro-pot bills are likely to pass after months-long stalls in the Republican-led Upper Chamber. If the MORE and SAFE Acts are signed into law, Americans will be able to buy weed with their credit card, while cannabis operators would gain access to traditional banks and list on major exchanges.

But if Republicans hold the Senate, Damas warns it could lead to disappointment for MSO stocks. Polling data from Real Clear Politics show the Senate race is still tight and could swing either way with nine crucial seats considered toss-ups.

Read more: Five state cannabis ballots could add US$9 billion to US market 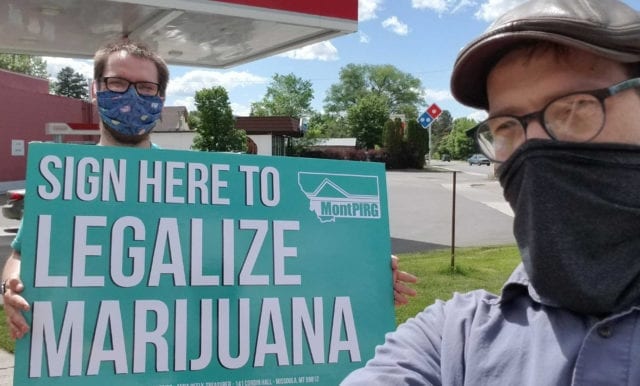 A safer way to play the election might be to focus on two key state ballots, according to the analyst.

With recent polls projecting New Jersey will legalize, Damas sees TerrAscend (CSE: TER) as well positioned in the state, being one of only six operators with cultivation and retail licences.

And New Jersey is an important market to watch. Not only because of the state’s underdeveloped medical cannabis program with 11 stores serving a population of 8.9 million, but also due to a potential ripple effect on other jurisdictions. If New Jersey approves adult-use, it could trigger a wave of legalization in the northeast as neighbouring states watch an outflow of weed tourists and tax revenues.

Damas is bullish on TerrAscend’s ability to capitalize inside the Garden State partly due to the company’s “very savvy” CEO Jason Ackerman. With 16 years at the helm of FreshDirect, Ackerman built the online grocery retailer to over US$600 million in annual sales in seven states.

Damas recommended TerrAscend in August when its stock was $5, and he still thinks it’s buyable today at $8.

Arizona is the other key adult-use cannabis ballot to watch on election night. Polls are more mixed in the state with 51 per cent of voters in favour of the ballot in September, and support inching up to 56 per cent this month. A previous adult-use ballot failed in the 2016 election by a narrow 1.3 per cent.

But given the strength of Arizona’s established medical market, the recreational rollout could be quick and produce millions of dollars in revenues out the gate. 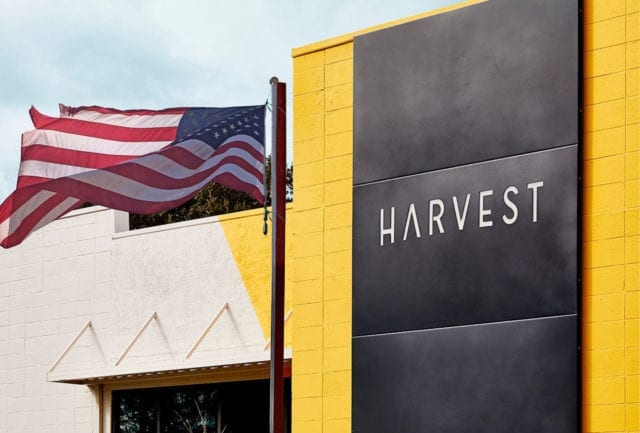 Damas notes Harvest Health & Recreation (CSE:HARV) has the largest presence of any company in Arizona with 15 dispensaries and 22 licenses.

While Harvest Health was only one of eight MSOs BCMI recommended in December 2018 that didn’t fair well, the company appears to have righted the ship in recent months.

And despite a 33 per cent spike this month he says the pot stock is still a good buy today at $1.87 a share.

The analyst also sees big opportunity in Pennsylvania’s medical market. Although the state doesn’t have an adult-use ballot this year, Governor Tom Wolf has pledged to legalize through state legislature some time next year. And pressure should grow in the Republican-led state Senate if New Jersey legalizes.

While TerrAscend and Harvest Health both have strong footholds in Pennsylvania, Damas also likes Cresco Labs (CSE: CL) which has one of the state’s largest production and wholesale footprints.

But Damas is bullish on Cresco Labs mainly for its exposure in Illinois’s lucrative recreational market, which hit a monthly sales record of US$68 million in September. Cresco shares are still worth buying, he says, despite spiking to $10 this month.

How the US election affects Canadian cannabis

In Canada, Damas has a more bearish outlook for weed firms based on the country’s “poor industry structure and fundamentals.” But pot stocks north of the border will likely get a boost if the Democrats win big, he projects.

Village Farms International (Nasdaq: VFF) is one of BCMI’s small number of picks among publicly traded Canuck LPs. The company now owns 100 per cent of Pure Sunfarms, which leads Canadian indoor growers with an all-in production cost of $0.84 a gram.

Read more: Is Village Farms poised to be an industry leader?

Aphria (TSX: APHA) is another recommended Canadian player, with shares dipping to $6 after it posted disappointing quarterly results.

“I believe I know this company better than any Bay Street analyst,” he wrote. 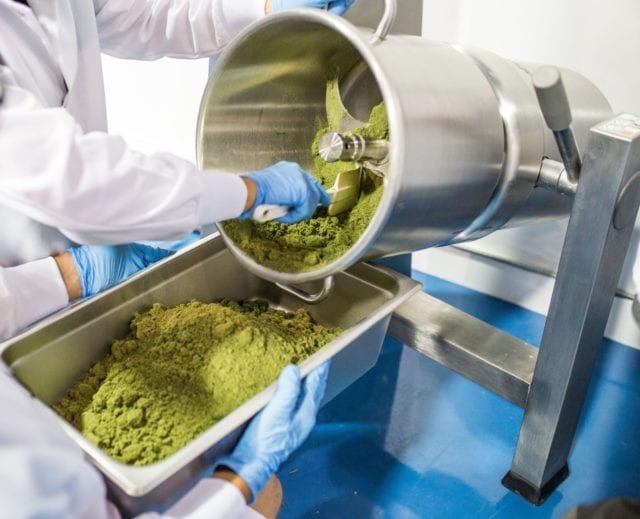 As for Canada’s two leading extractors — MediPharm Labs (TSX: LABS) and The Valens Company (TSX: VLNS) — Damas notes both have struggled this year.

“But I think we have to be patient with LABS and VLNS, because one day a big pharma or big CPG company might take a significant interest in these to get an ‘asset light’ cannabis play,” he says.

As for Canada’s myriad of penny pot stocks, from Hexo (TSX: HEXO) to Aleafia Health (TSX: AH), Damas warns they’re likely “doomed to stay low” even with the most optimistic U.S. election results.

“The Canadian market is heavily over supplied, and these penny stock companies will probably never make any real profits.”

For investors looking to hedge their bets, Damas notes there are two exchange-traded funds that have about half Canadian LPs and half non-Canadian weed-related stocks.

And if you want to play the U.S. election with an ETF, the new option for U.S. MSOs is AdvisorShares US Pure Cannabis ETF.

Top image by Adam Schultz via Biden for President/Flickr