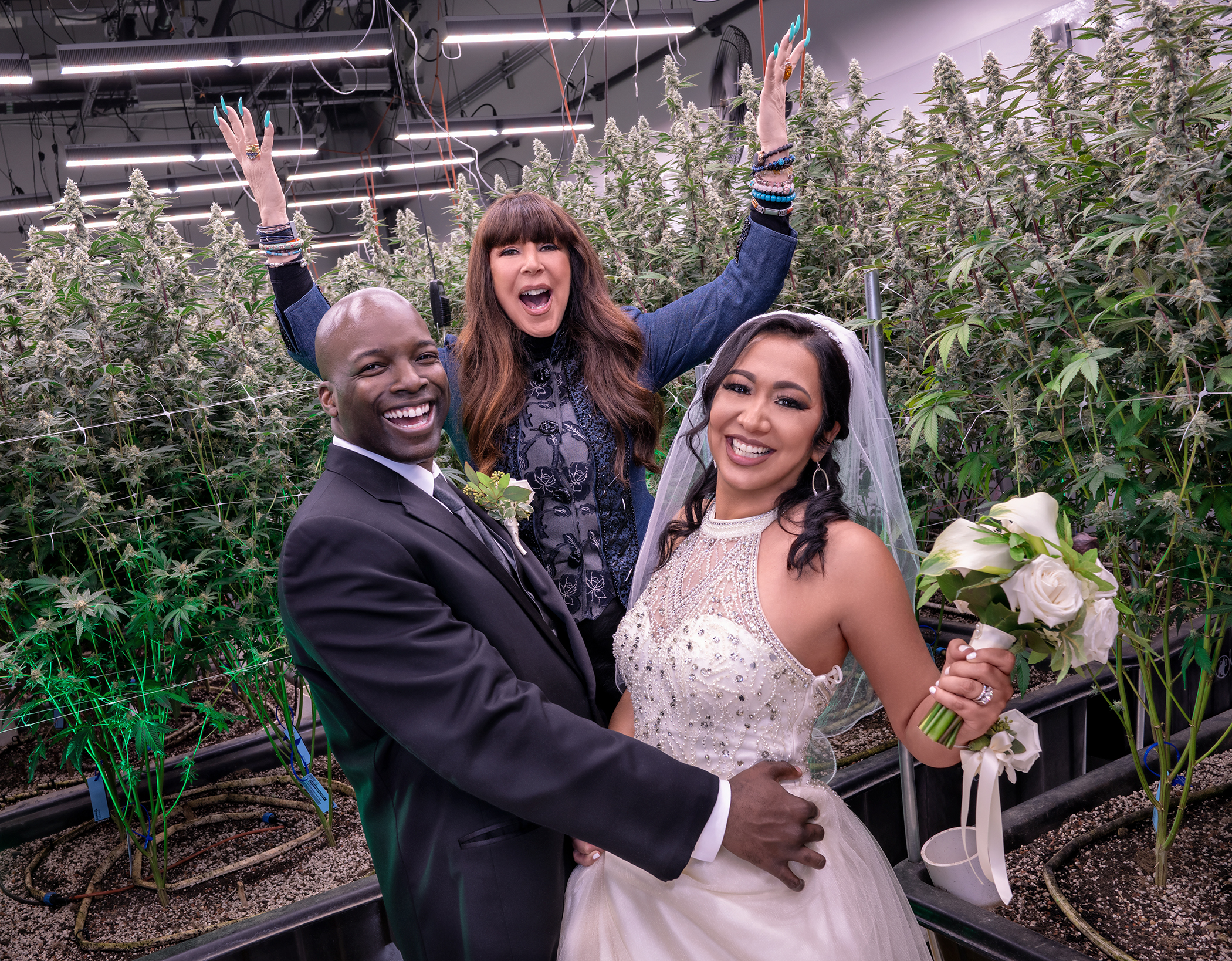 Couples can say 'I do,' at the world's largest pot shop. Photo by Anneli Adolfsson via Planet 13

Tying the knot in the world’s largest pot shop has been added to the long list of ways to get married in Las Vegas.

Lovebirds have the option to say “I do” in the grow house or in the world’s largest weed store. Opened in 2018, the Las Vegas dispensary hosts 112,000 square feet of cannabis retail and entertainment.

The weddings are part of a promotion in February that offers tiered cannabis-themed packages like “Marry Merry Jane” and “Love is in the Air,” with a list of add-ons, ranging from pot party favours to weed wedding throne rentals in a variety of designs. 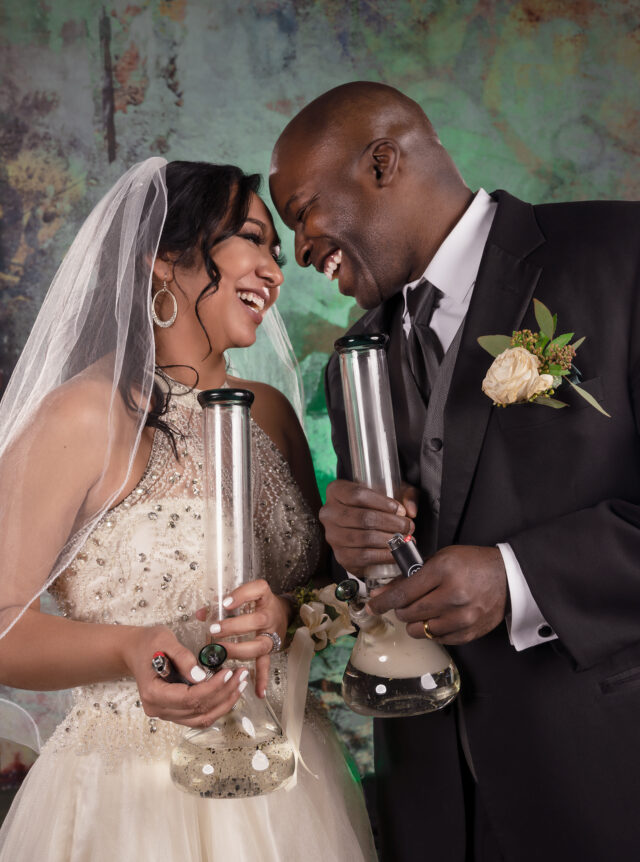 Photo by Anneli Adolfsson via Planet 13

An over-the-top package includes a cannabis bouquet and boutonniere, matching bongs, a green wedding cake, pot gift bags, a buffet and a helicopter ride for the wedding party over the Las Vegas Strip.

Mixing weed and weddings isn’t new — there have been cannabis weddings expos hosted in Canada and the U.S. — but it adds another layer to Vegas’s eclectic range of nuptials.

Las Vegas Cannabis Tours offers “behind-the-scenes industry experiences” around the city that are advertised as both trippy and educational.