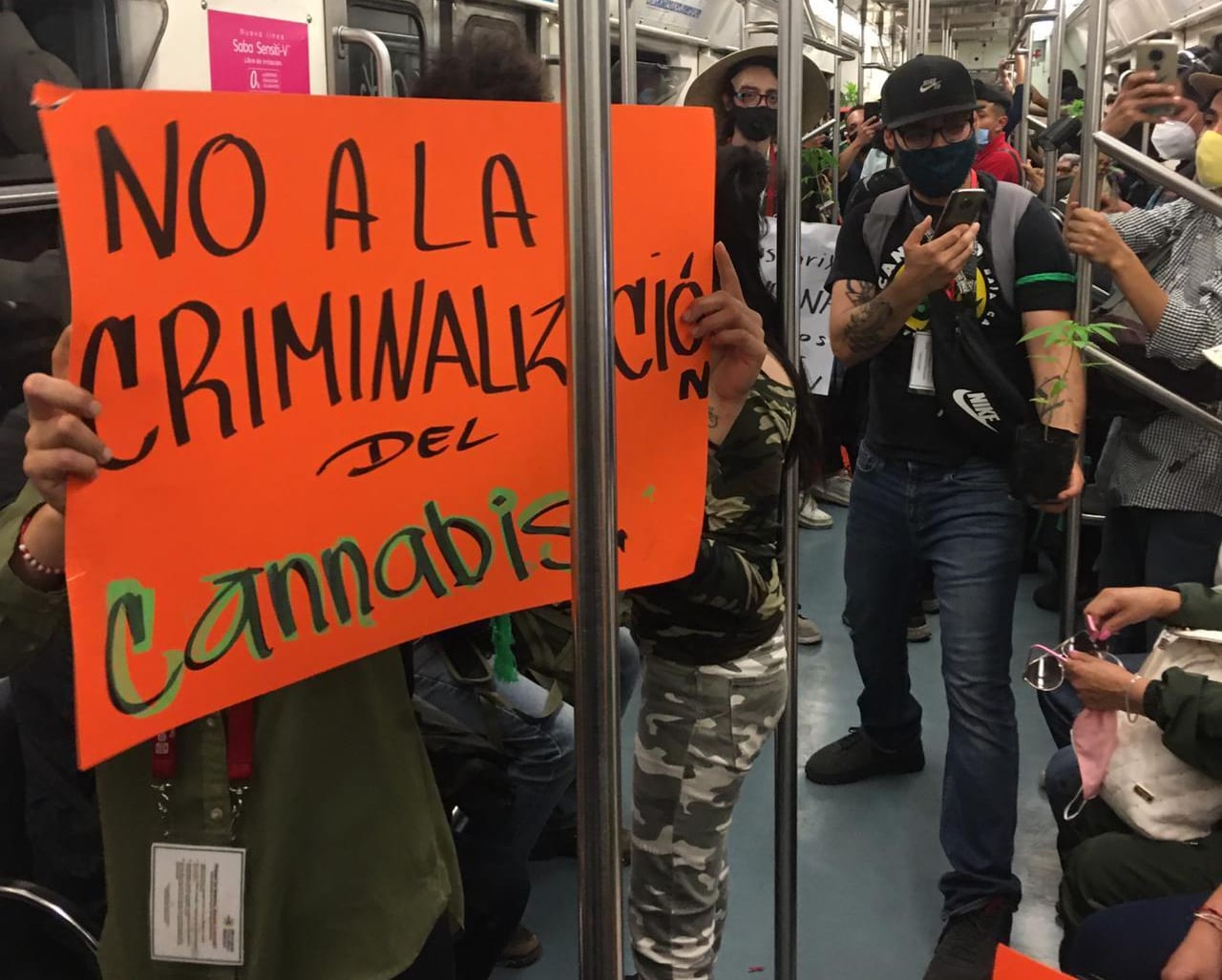 In a statement by the Movimiento Cannábico Mexicano, the organization leading the #Plantón420 movement, denounced the proposed law that would regulate the recreational, for-profit cannabis market that the lower house approved on Wednesday.

After discussing it until late hours of the night, deputies voted in favour of the bill with modifications and sent it to the Senate for review.

“#Plantón420 represents responsible cannabis users, not producers or merchants,” the activists say. “This is why those of us who are planting and smoking outside the Senate for a year have asked to regulate everything to do with non-profit aspects of the market.”

“Legislators refuse to integrate any of the only four demands for human rights that have been demanded since #Plantón420 was installed one year outside the senate of the republic,” their statement reads.

Plantón420 has been growing plants and smoking weed outside the Senate asking for the right to safe access to cannabis, and requesting the government create a bill that treats the cannabis community fairly.

The activists say they want the government to remove unjustified prohibitions related to self-cultivation, while focusing first on non-profit cannabis clubs and community cultivation areas where profits can go to schools, hospitals and other public works.

They’re calling for support of non-profit groups cultivating for people with disabilities and minors that require medical cannabis, like non-profit group MamáCultiva which helps children with treatment-resistant epilepsy.

Activists believe the bill will only open doors for private companies and benefit big corporations, but don’t provide a legal framework outside the dynamics of the capitalist market.

“The legislators distribute the market to the usual private interests, national and foreigners, and they pretend, like good neoliberals, that everything is solved by ‘the invisible hand of the market,'” reads the statement.

Congress must change the unjustified amount of plants allowed per person, they say, to eight plants from six per household currently in the bill, and cut harsh penalties of up to six years in prison if you don’t have a self-cultivation permit.

The proposed bill also prohibits taking cannabis outside your home if you grew it yourself.

“This will open the possibility of extortion when an officer throws the bag with the receipt and receives something legally bought in a store, and says that it is a product of self-cultivation, that it is illegal in any quantity outside the home,” the statement continues.

People carrying over 28 grams and up to 200 grams of flower without authorization will be sent to local administrative authorities, but if they’re caught with more, they can be sentenced with jail time.

The bill prohibits sharing cannabis among adults but activists argue that’s unfair as the restriction doesn’t exist for alcohol, a substance proven to cause more public health issues than marijuana. It outlaws the selling of concentrates, edibles and cannabis vapour products.

Pepe Rivera, leader of Plantón420, told Mugglehead that its next moves are to apply for injunctions and more pushing strategic litigation to stay in the park where the organization is headquartered and apply to legally declare it a cannabis human rights museum.

“It will be the only park where you will be able to smoke and see more than 6 plants without a permit or a licence, where you won’t be bothered by police,” Rivera said.

The next steps toward legalization are revision and approval by the Senate, and a final green light from President Andres Manuel Lopez Obrador.