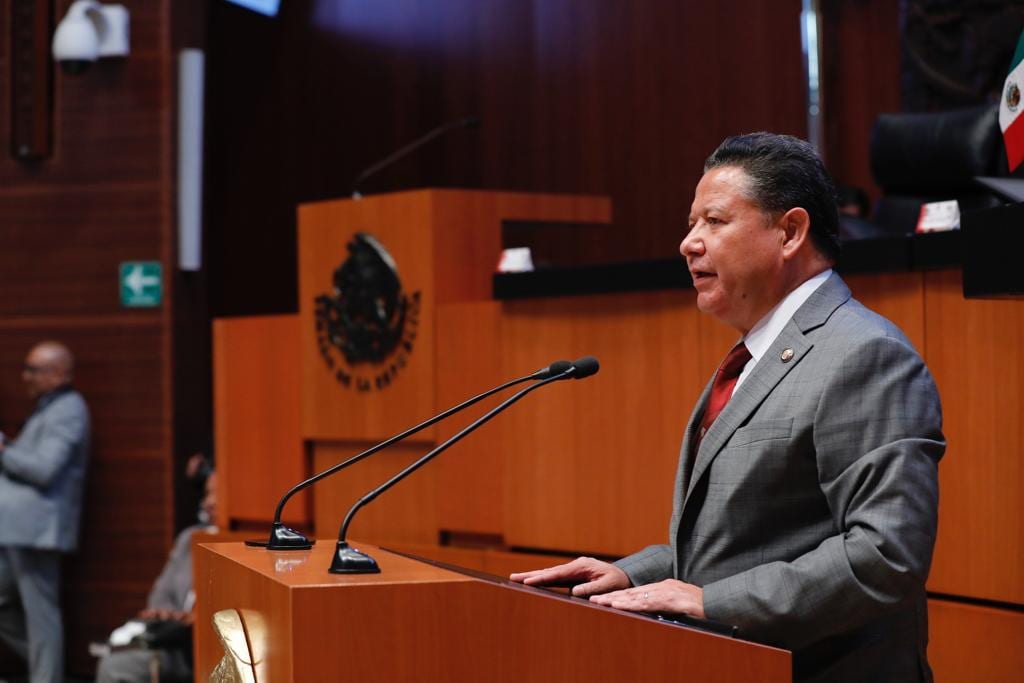 While Mexico’s new medical weed framework could help the country’s economy recover from the pandemic, as well as reduce violence and human rights violations as some senators claim, activists are concerned the legal shift will only benefit corporations and lead to the infringement of privacy.

On Jan. 12, the Mexican Congress and Senate published the laws outlining the Medicinal Marihuana regulations in Mexico. They will be used “to regulate, control, promote and monitor the raw material, pharmacological derivatives and medicines for production, research, manufacturing and for medicinal purposes,” states the document published in Mexico’s official government publication.

While pro-pot politicians like Sen. Julio Ramón Menchaca Salazar of the ruling Morena party say cannabis reform will lead to fairer treatment of citizens, activists are criticizing the new medical framework for restricting the number of plants they can grow, the process that patients will have to go through to get their medicine and requirements for patients to register with the government.

Pepe Rivera is a dedicated activist that founded Instituto Mexicano del Cannabis as well as the first weed-friendly smoking garden in Mexico City. He’s been with the legalization movement since 2016, has organized numerous protests leading pushing for legal reform and leads Planton420, the largest pro-legalization movement in the country.

Rivera has raised concerns about potential abuse from law enforcement if patients don’t have the appropriate documentation on them or if they do not follow the outlined steps. He also brought up the heavy stigma that cannabis has in Mexican laws and society.

“Basically, if you smoke cannabis you are a degenerate and because of that the law has the power to step on your rights and say that you are an irresponsible human being that becomes a second-class citizen, so they have a right to violate your right of privacy,” Rivera says.

According to him, the new regulations benefit companies and the government but not the patients themselves.

“What they are trying to do is make things go as slow as possible. They are trying to basically make sure things are complicated, when it shouldn’t be complicated,” Rivera says. “Patients shouldn’t have to go through all the processes to have access to a plant.”
Article 30 of the new law states that drugstores, pharmacies and sellers authorized to supply the public with cannabis medications must have a patient registry.

According to the document, authorized patients will be able to have six-to-eight plants in their households, but some patients require larger amounts to treat their conditions.

While the medical-use provisions restrict what patients can grow for the time being, citizens will be able to grow up to six plants if proposed adult-use regulations are passed — which would likely go into effect in 2022. And home growers won’t be subject to have their plants registered and tracked by Mexico’s regulator, according to Zara Snapp, co-founder of the RIA Institute.

Read more: On the brink of legalizing weed, Mexico’s regulated market not expected until 2022

Weed industry participants in Canada and the U.S. are paying close attention as Mexico reforms its drug policy. Legal cannabis markets there will provide unique opportunities not only for domestic stakeholders, but for international operators that have watched the industry grow on a global scale.

A select few companies already have a foothold in what some speculate could be one of the world’s biggest cannabis economies.

“We want to be the provider of choice of others, especially in its initial phase,” says Henning Von Koss, CEO at PharmaCielo.

The Canadian-based cannabis firm was founded in 2015 with its primary operations in Colombia. PharmaCielo wants to import product from Colombia, where its raw material is grown. It’s also formed a joint venture with MINO labs, a Mexican company specialized in the distribution of pharmaceuticals. 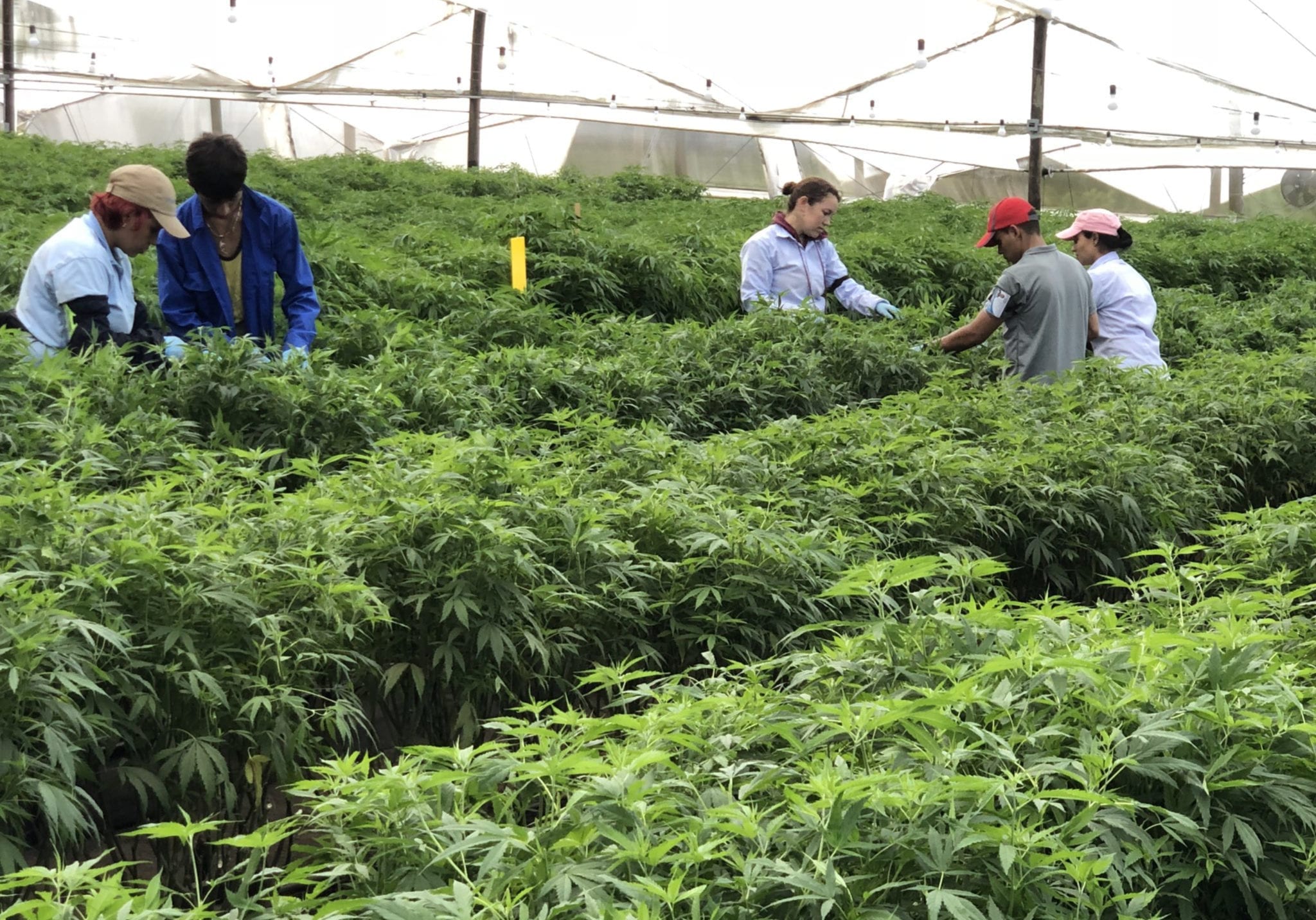 PharmaCielo Colombia is headquartered at its nursery and propagation centre located in Rionegro, Colombia. Last May, the company reported the world’s lowest cannabis production cost at $0.04 a gram. Press photo

“Of course Mexico will profit, just like every country that comes new to this market,” Koss says. “It will profit from the experience of the other markets, so the learning curve is smaller but it still will take time.”

And because of the experience in other countries, Mexico’s market is expected to expand faster.

“We have better arguments today than we had five years ago. We have better knowledge, and this will be in the profit for Mexico because they will start using what is already available, for countries that started 4 years ago, they were kind of like the guinea pig market they were testing it,” Koss said.

But Koss notes that increased accessibility as well as stigma reduction are required for growth.

Passing of the medical regulations is a breakthrough and good news for Mexico, but Koss cautions that the industry will still take time to develop.

“It’s very strict, very controlled for now,” he says. “So the breakthrough is there and like every new law, we need to develop how it will be regulated: what are the details, what does import mean, and what do they want from it?”

Last November, Mexico’s Senate approved a law to regulate recreational cannabis, but the pending legislation has faced a number of hurdles, including approval from the country’s lower chamber. The Senate will restart discussion about the regulations of recreational cannabis in February.