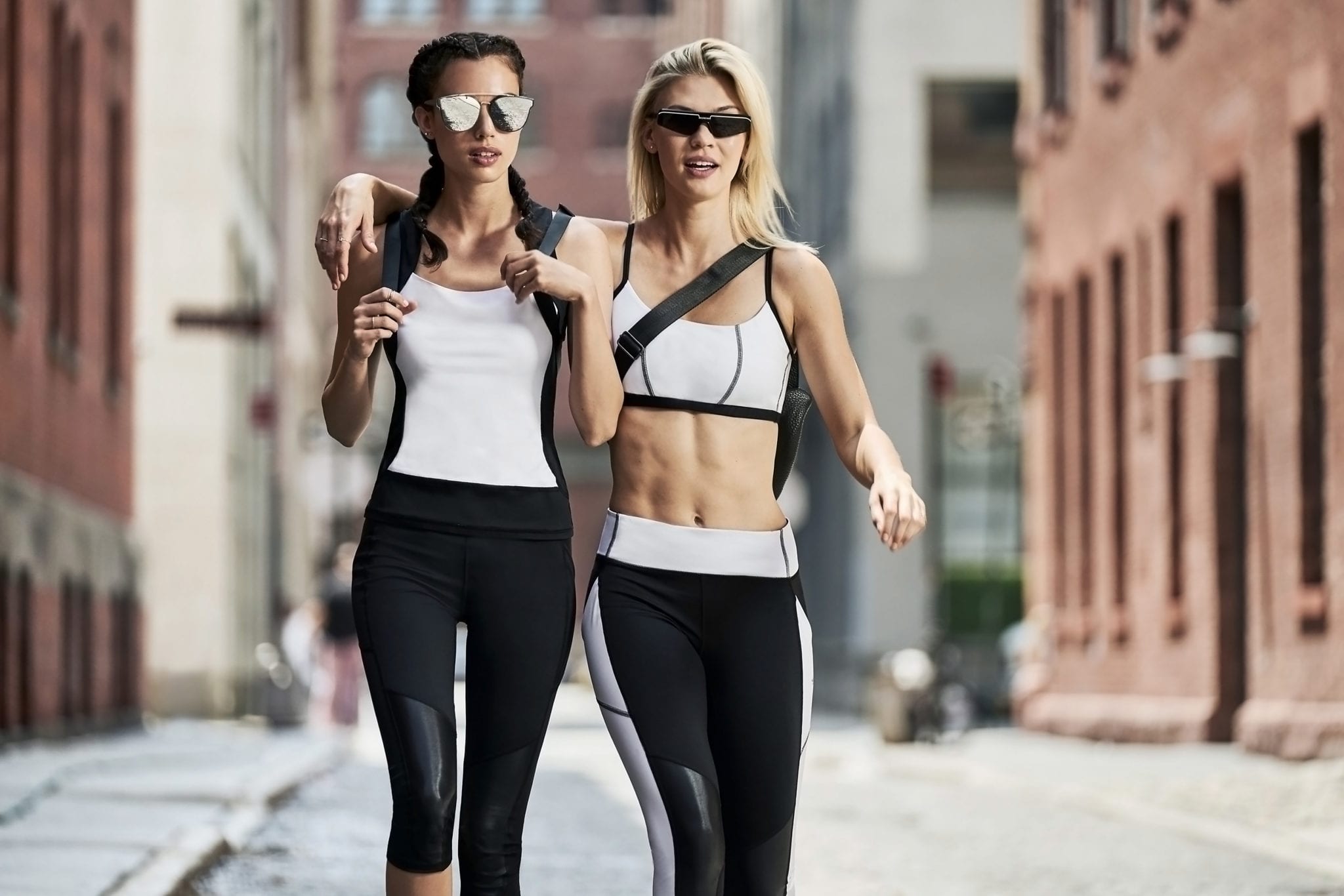 You may have heard of CBD-infused ice cream, or CBD for horses, but now there’s the world’s first CBD-infused clothing. New York-based Acabada ProActiveWear is taking the faux health craze to another level as it launched earlier this week a new line of women’s sports bras, tank tops, leggings, shorts and bodysuits — all infused with CBD.

“While typical CBD products such as tinctures and edibles are growing exponentially in popularity, we began to envision a product that addressed health and wellness through a different lens,” said Acabada CEO Seth Baum in a release. “By physically infusing CBD into our garments, our product lives at the intersection of fashion, fitness, and wellness.”

Each garment will be infused with up to 25 grams of pure hemp-derived CBD in microcapsules, which are placed within the clothing’s fibres in line with key muscle groups using patented technology, the company said. The CBD is slowly released from the fabric and absorbed through the skin, and Acabada said the main idea behind the design is to help female athletes recover faster by reducing pain and inflammation.

The activewear maker said the benefits will last through 40 high-intensity wear and wash cycles, and customers will receive a 30 per cent discount on their next purchase if they recycle their CBD-infused garments through Acabada’s upcycling program.

Recovery starts from the moment you get dressed by helping to fight soreness and promote healing before the first squat, lunge or crunch.

This is the year CBD will be remembered for going mainstream with sales reaching US$6 billion, according to Brightfield Group, which projects the market will rise to almost US$24 billion by 2023.

Cannabidiol, shortened to CBD, has generated more online searches in 2019 than Beyoncé, according to CannabisMD. And one in seven Americans now use the non-intoxicating compound that can be derived from hemp or cannabis, according to a Gallup poll.

Even though the science has lagged behind the hype and health claims, Acabada believes they’ve developed a high fashion yet innovative product that is primed to disrupt the CBD market.

The collection was designed in New York by a team with over 60 combined years in the apparel industry, and is made in Portugal.

Prices for the limited edition clothing line range from US$120 for sports bras and tanks and US$250 for jackets and jumpsuits. The launch was Aug. 22 and a second line of products are expected in October. The sportswear is sold online and inside two upscale New York boutiques and The Hollywood Reporter said the brand has already gained fans at elite Manhattan gym Dogpound.

Acabada said in its release when the CBD is released from its garments and absorbed in the skin, “it interacts with your body’s endocannabinoid system to help regulate and reduce pain and inflammation caused by physical activities.”

But the company may need to be careful with making such health claims. In July, U.S. cannabis giant Curaleaf Holdings Inc. (CSE:CURA) received a warning letter from the Food and Drug Administration for making similar “unsubstantiated claims” on its social media accounts.

CBD companies are eagerly awaiting the FDA’s regulatory framework for the wellness compound. The agency said it will issue an update by early fall.

The FDA and other regulatory bodies say more research is needed to understand how CBD helps or hurts humans. Canadian titan Aurora Cannabis Inc. (NYSE:ACB)(TSX:ACB) has partnered with the UFC to conduct a unique research project that will evaluate the use of hemp-derived CBD to treat the aches and pains of the league’s mixed martial arts athletes.

Aurora and the UFC plan to conduct clinical trials to study how cannabidiol can help the elite athletes improve their health and recovery from injury. The results will be used to develop a new line of hemp-derived topical products.