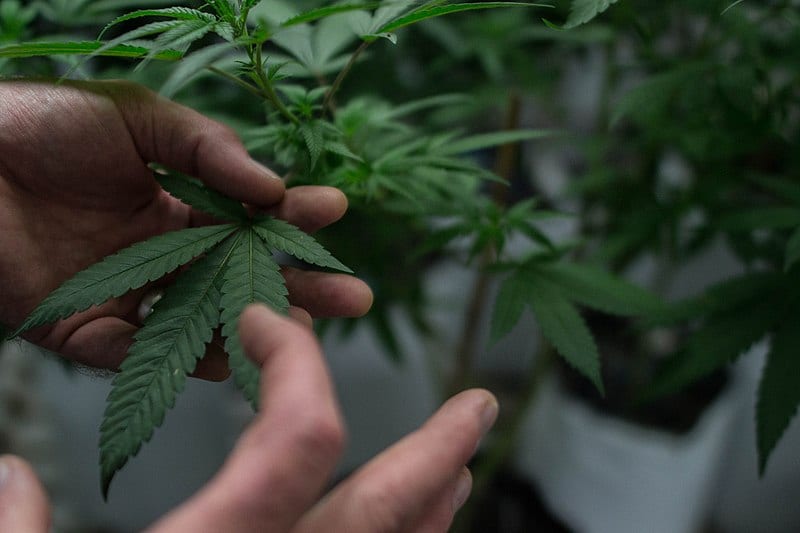 A pilot study in B.C. found contaminants in weed from illegal sources. Image by Daniel Oberhaus via Wikimedia Commons

A recent government-backed testing initiative has found contaminants in cannabis seized from illegal sellers in British Columbia. What was identified in the weed wouldn’t be found in the legal market, according to the province.

Twenty dried samples from illicit sellers around Metro Vancouver were sent to a federally licensed analytical lab in February as part of a pilot study. Findings released Wednesday showed 24 distinct pesticides in the samples, as well as “unacceptable levels” of bacteria, fungi, lead and arsenic.

In a statement, B.C.’s Minister of Public Safety and Solicitor General Mike Farnworth urged people who smoke weed to buy from legal sellers “whose regulated product is subject to national requirements that are in place to protect you.”

“In addition to the potential health risks, if you buy illegal cannabis, you could also be supporting organized criminal operations that pose a danger to our communities,” he added.

The statement explained the contaminants suggest some growers for the illegal market “may be engaging in practices that pose risks to both consumers and employees handling cannabis.”

Also notable in the report is the average THC levels of the samples. An average illicit potency of 18 per cent matches available flower on regulated market.

While people skeptical of the legal industry diss regulated products as being inferior in quality, results from the study not only demonstrate contaminants in illicit bud but also that it might not be winning in terms of potency either.

What's also interesting is the cannabinoid potency in these samples, hovering around 15-20% Total THC for most. Moisture = 8-10%

In other words, right at the ~18% average THC we see in the legal market.

I have a hunch this is not the potency that the dispensaries advertised. https://t.co/WDt3dzL0Sw pic.twitter.com/OjhyMeJE1L

The 2020 Canadian Cannabis Survey found 54 per cent of respondents who had consumed weed at least once in the past year said they usually got it from a licensed source, compared to 37 per cent in the 2019 survey.

While it seems more Canadians are buying weed from legal sellers, the National Collaborating Centre for Environmental Health, which assisted in the pilot study, noted in a blog post there’s still a large number of Canadians getting their weed from illicit sources.

Myclobutanil, a fungicide used on crops susceptible to powdery mildew, was the most common pesticide found. Out of the 18 samples tested for pesticides, myclobutanil appeared in 16.

Many of the contaminants identified aren’t particularly harmful to consumers in the trace amounts they appear in cannabis, but can cause greater harm to the environment where the weed is grown and to growers.

“The lack of safe production practices and the use of unauthorized pesticides in illicit cannabis may contribute to multiple dimensions of risk, including health risks for consumers, occupational risks, and ecological risks,” the post continued. “Overall, the frequency of pesticide findings and the variety of pesticides found are striking when compared to legal cannabis”

Weed from licensed producers in Canada is strictly regulated, which includes mandatory testing for contaminants.