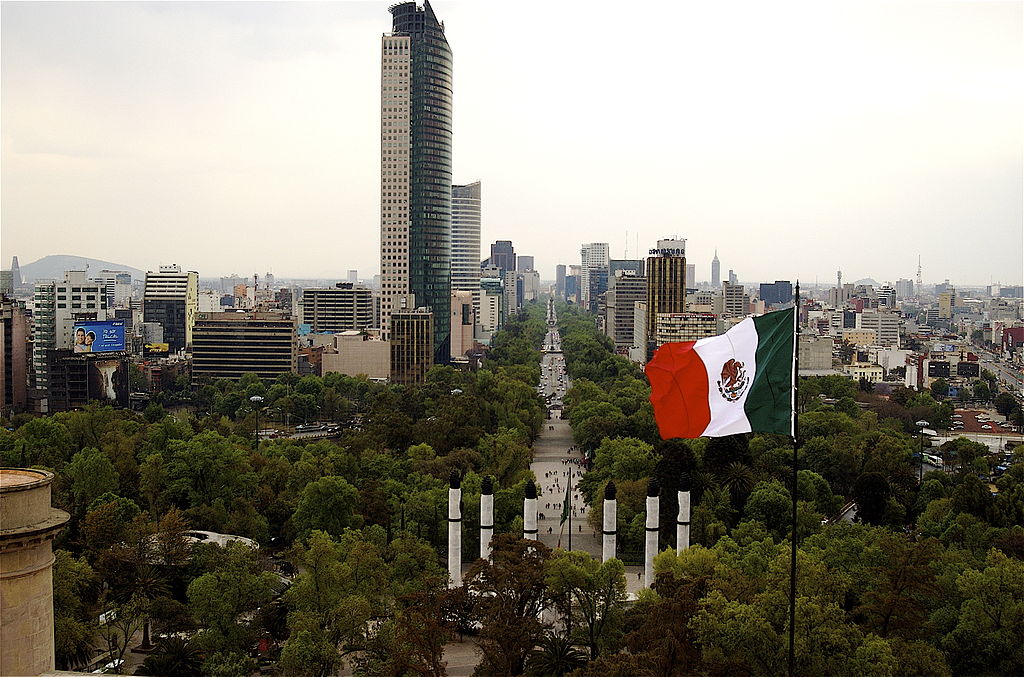 Photo by edans via Wikimedia Commons

After repeatedly reassuring that a cannabis bill would be passed by the end of the year, Mexican lawmakers will once again delay the discussion to the next legislative period.

But there appears to be some light at the end of the tunnel. On Wednesday, the last day of the legislative period, Senate president Olga Sanchez Cordero listed the cannabis law initiative to potentially be made into a draft report that can be discussed and voted on.

The listed initiative is proposed by senators from different parties, but primarily from the ruling Morena party including president of the political coordination board Ricardo Monreal Avila, who has said multiple times that the law would be passed by Dec. 15.

Other Morena deputies like Temistocles Villanueva have brought separate initiatives to change local bylaws and allow people to smoke on the street in Mexico City. Working along with Pepe Rivera, leader of the activist group Plantón 420, Villanueva focused the initiative on human rights and the group’s demands.

Among the 62 initiatives listed, the law initiative by Sanchez and Monreal was slated for the end and wasn’t presented during the session.

The initiative is still in its early stages as a technical sheet, but it could be picked up in the next legislative period from Feb. 1 to May 31.

The next step for the initiative is to be pushed forward and presented as a draft report to the Senate, which will then be discussed and voted on in general and particular voting.

In 2018, Mexico’s Supreme Court declared cannabis consumption a human right and demanded lawmakers pass a law, but the process has missed multiple deadlines.

Without a legal framework, ministers modified articles from the general health law this year to eliminate the administrative prohibition of cannabis, and enacted a declaration of unconstitutionality on July 15.

Sanchez and Monreal’s proposal outlines the articles for the regulations of recreational use of cannabis, self-cultivation and research. Article 10 states that only adults over 21 would be able to consume it, so long as they don’t impact others and don’t consume it in front of children and people who haven’t consented to the smoke.

While getting a licence to consume wouldn’t be necessary, people who want to grow and sell their own must get a permit from the cannabis regulatory agency.

Each household would be allowed to grow eight plants. Five types of permits will be issued depending on what the cannabis will be used for, including separate licences for cultivation, processing and transformation of the plant, as well as for commercialization, export, import and for investigation.

The initiative reinstates the Mexican Institute for the Regulation and Control of Cannabis under the health ministry, a provision that was previously removed by lower house deputies.

It also mentions that vulnerable communities, women in particular, will be given priority when issuing the licences.

Activist group Plantón 420 said in a statement that activists are frustrated by delay, and condemns the Senate pushing it to the next period.

“This means there won’t be a law, until at least April 2022,” reads the statement.

The group raised concerns around the draft law senators are considering, as it doesn’t guarantee the right of adults wanting to consume cannabis recreationally.

The law continues to limit and criminalize possession and personal cultivation, says the activist organization.

Having 28 grams of pot is allowed without legal consequences, but having between 28–200 grams carries a fine of around $300–$600. Amounts between 200 grams and 28 kilograms can land a person in jail for up to three years.