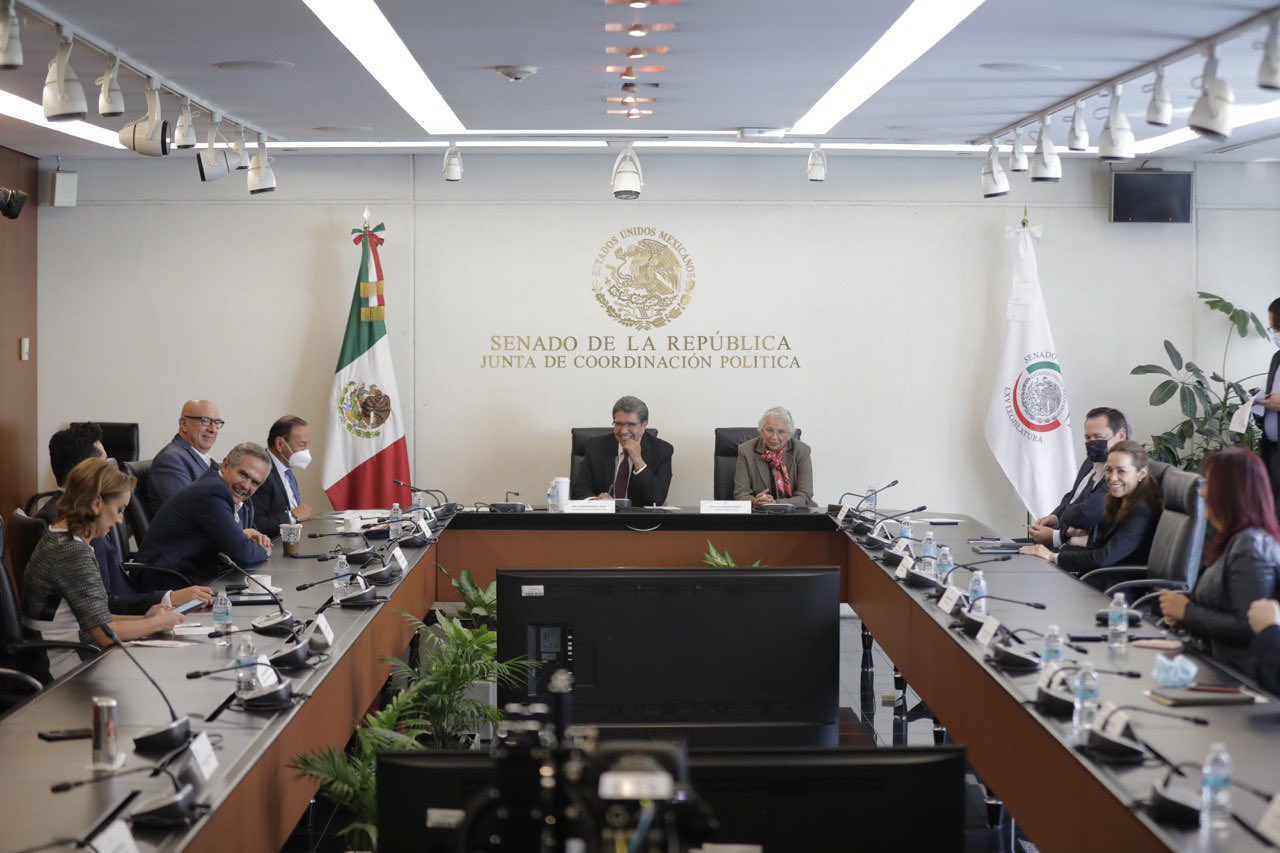 Mexican lawmakers say a cannabis bill will be passed in the current legislative period, but they've made many similar promises in the past. Photo via Ricardo Monreal Avila

Mexico’s top lawmakers continue to reassure the country’s long-delayed cannabis law will be approved by the end of December, when the current legislative period ends. Meanwhile, activists are trying to take the matter into their own hands by proposing bylaws for consuming pot in public spaces.

On Monday, Senator Ricardo Monreal Avila of the ruling Morena party said during a Political Coordination Board meeting he and his colleagues agreed to prioritize the cannabis law, and their intention is to approve it next month.

But this isn’t the first time the politician has expressed intentions to move forward with the legislation.

Last month, Monreal said in a statement that legalization would lead to record expungement for people charged with minor cannabis offences, and how cannabis could bring in tax revenue of $1.1 billion.

In September, Senator Julio Ramon Menchaca Salazar said during a plenary meeting that the cannabis law would be finalized in the next period of legislative sessions, after the Health Commission discusses the bill.

On Nov. 4, prominent activist group Plantón 420 organized a peaceful demonstration where cannabis activists walked from the Supreme Court to Congress to remind lawmakers that their rights are not yet being met.

“At the federal level, we still have no response to our four basic human rights demands. So we are thinking to continue to freely exercise our right to peaceful protest, cultivating and smoking quietly as we have done since 2019,” reads a recent statement by the group.

The activist group explained that without a modification to Mexico City’s Law of Civic Culture, police can detain anyone who uses cannabis, despite the Supreme Court declaring weed use isn’t a criminal act.

The statement also mentions how cannabis consumption is more “scandalous” at a social level, while having medical properties and being less dangerous than tobacco.

“We receive this unfair and unworthy treatment by the law, and simply because people don’t like the way the plant smells or the idea of consuming it, as well as stigmas and prejudices of a ‘stoner getting high’ and not because the person is infringing upon their rights.”

Since 2018, the Supreme Court declared cannabis consumption a human right, and demanded lawmakers make a law, a process that has been missed several deadlines.

In lieu of legal cannabis legislation, ministers modified articles from the general health law to eliminate the administrative prohibition of cannabis and enacted a declaration of unconstitutionality on July 15.

Among the modifications, Mexican citizens must now get a permit from the Federal Commission for the Protection Against Health Risks (COFEPRIS) and if not, they are subject to arrest and prosecution.