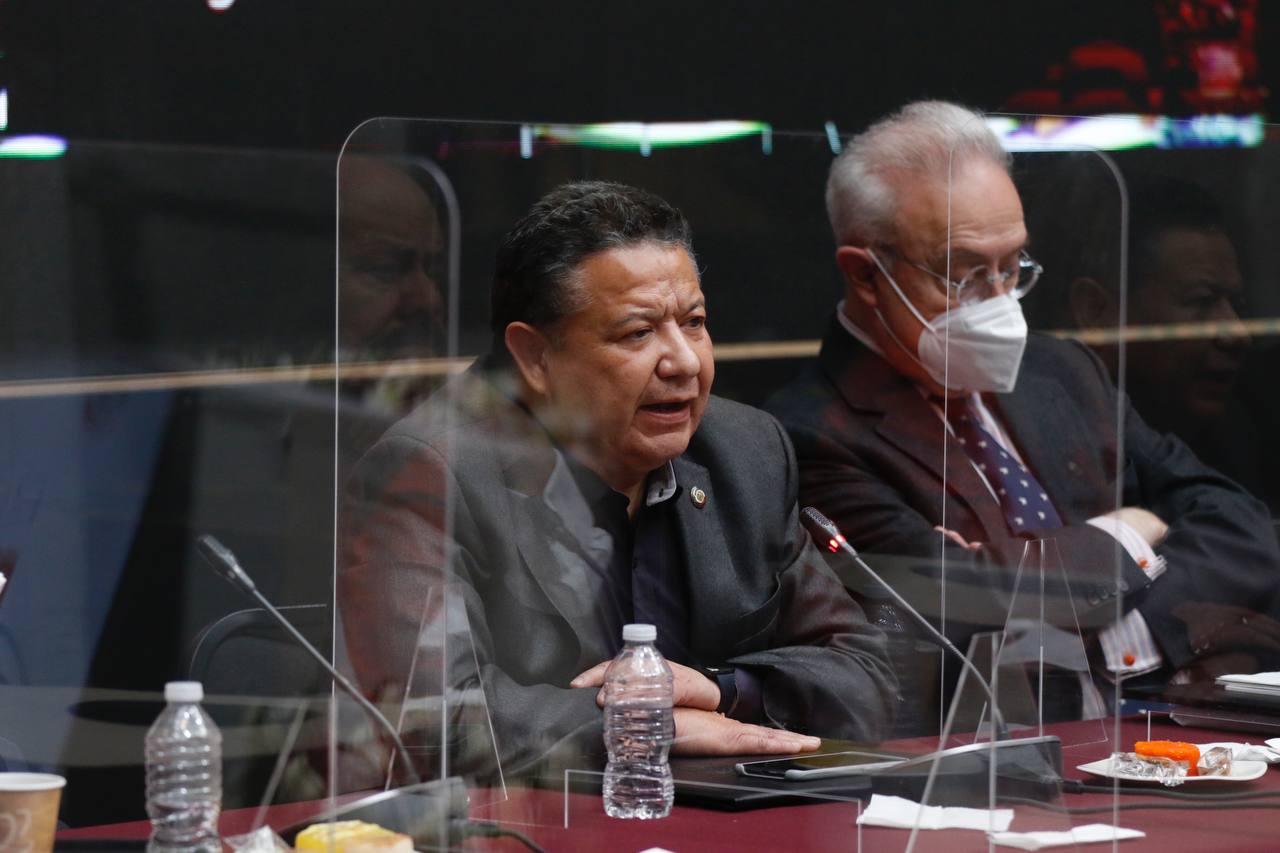 President of the Justice Commission Julio Ramón Menchaca Salazar said during a plenary meeting of the parliamentary group last week that the cannabis law will be discussed in the next legislative session. Photo via Senado Morena

Mexico’s long-delayed cannabis law will be finalized in the next period of legislative sessions starting this month, according to statements made by Senator Julio Ramón Menchaca Salazar during a plenary meeting last week.

Several scenarios lie ahead for progressing the legislation, the politician says, which include fixing the current draft law in Congress, scrapping it and starting a new one and possibly even changing the reach of the Supreme Court decision that ruled prohibition as unconstitutional in June.

In an official announcement Monday, governing party Morena said now that the ordinary legislative period has begun, senators will be paying close attention to upcoming discussions by the Health Commission, the next government body to vote on the cannabis law.

“The ideal is to finish the legislative process to be able to have, without time pressures, the possibility of taking up this bill again, taking the good that was done to it in the lower chamber, given some modifications were correct,” said Menchaca, who’s also president of the Justice Commission, in a statement.

According to Menchaca, lawmakers will have the regulations ready before mid-December which is when the period ends.

On June 28, the Mexican Supreme Court ended cannabis prohibition after it was declared unconstitutional three years ago and numerous delays by Congress. But there’s still little clarity on what’s allowed, including permits for personal cultivation and where it can be consumed.

Even though some people think weed is legal now, lighting up a joint on the street can still prosecuted without a permit from the Federal Commission for the Protection Against Health Risks (COFEPRIS), a requirement stablished by the court.

Menchaca says the Justice Commission is already working on initiatives with regards to the cannabis law, “which could be, as always, enriched with the participation of senators.”

He mentioned that after an initial law was approved in the Senate, deputies made modifications to the original law that led to inconsistencies, some of them being unconstitutional.

In a recent interview with Instituto RIA, a drug policy non-profit advocating for social justice, Menchaca explained possible scenarios for what could come next.

One involves continuing the previous discussions halted in April, where the Health Commission would discuss the law and then vote on it.

If approved, the Senate would probably make changes afterwards to fix the identified problems, which would delay talks until the next ordinary period starting in February. If the law isn’t approved by the Health Commission, Menchaca says the bill will be ditched and a process with a new legislation would start.

The law was previously approved in April by the Justice Commission and the Second Legislative Studies Commission.

According to Menchaca, there could also be an executive decree concerning limitations of the Supreme Court’s decision.

“Because let us remember that the court can’t legislate, and I think it even took excessive action in the declaration of unconstitutionality because it put a series of conditions that don’t fall within the power of the court,” Menchaca says.

The court added requirements and details that weren’t considered in the original initiatives, he explains, and the executive body could establish a basic decree so that the permitting process isn’t overloading COFEPRIS and people’s right to consume cannabis is respected.

Activists in Mexico City are trying to take matters into their own hands by negotiating with city officials to make an arrangement where citizens would be able to smoke cannabis in public, just like tobacco.

So far, Mexicans trying to consume cannabis legally are facing numerous roadblocks including confusing requirements, a lack of information and a lack of available appointments to get a permit.