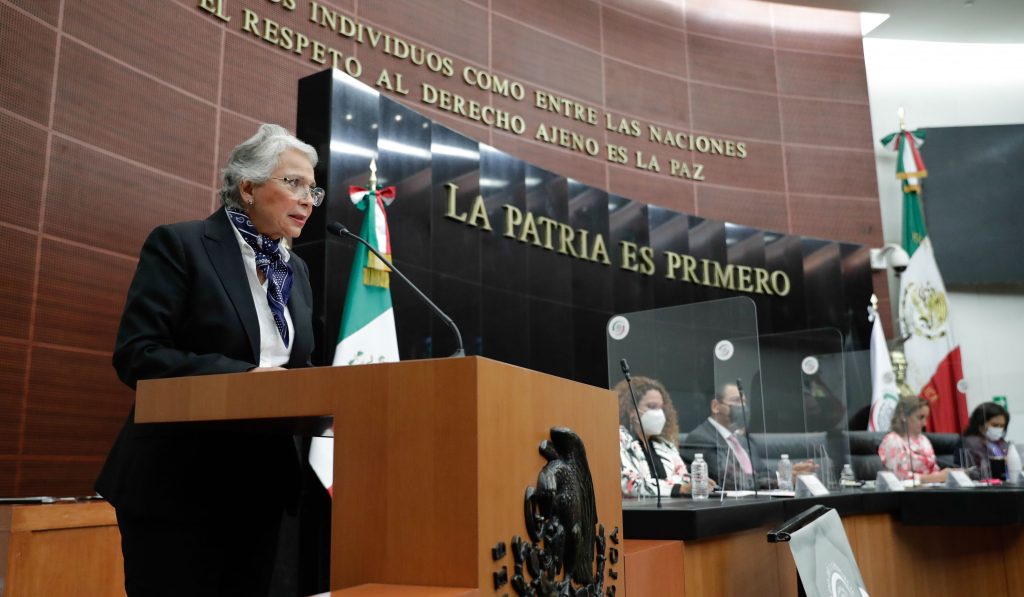 Developing regulations for a legal cannabis market are a top priority in the current legislative period starting this week, says the president of the Mexican Senate’s board of directors.

Over the past week, Senator Olga Maria del Carmen Sanchez Cordero Davila has provided several reassurances that lawmakers will be working on the long-delayed cannabis file in legislative sessions beginning Tuesday and running until the end of May.

The most recent of these messages came Sunday via Twitter.

In an interview last Tuesday with the Senate’s communication department, Cordero said she’d like to move the regulations ahead, especially as she sees her country falling behind internationally.

“I have just been informed that even Thailand, in the Asian countries, has already approved the regulation of cannabis,” she said. “Of course, already in many other countries they are regulating it, and we do not want to be left behind.”

During the last legislative period, Cordero listed an initiative along with political coordination board president Ricardo Monreal Avila that proposed new cannabis regulations.

Currently, the initiative is still in its early stages as a technical sheet. The next step is to present it as a draft report to the Senate, which will then be discussed and voted on in general and particular voting.

The law would make cannabis accessible to adults 21 and older, so long as they don’t bother others or use it in front of children.

Getting licensed to consume wouldn’t be necessary, as is now required, but people who want to grow at home will need a licence from the reinstated Mexican Institute for the Regulation and Control of Cannabis, under the Health Ministry.

Households would be allowed to grow up to eight plants. Five types of permits will be issued including licences for cultivation, processing, commercialization, research as well as export and import.

In 2018, Mexico’s Supreme Court declared cannabis consumption a human right and demanded lawmakers pass a law, but the process has missed multiple deadlines.

Without a legal framework, ministers modified articles from the general health law last year to eliminate the administrative prohibition of cannabis and enacted a declaration of unconstitutionality in July.

Meanwhile in Mexico City, after years of fighting for their right to consume legally, prominent activist group Plantón 420 is working with Morena party deputy Temistocles Villanueva on a separate initiative that allows people to consume cannabis freely in Mexico City.

Plantón 420 is holding an event on Wednesday. No specific details have been released, but the group is prompting all advocates to attend.

Mexico’s Health and Justice commissions — which are in charge of revising the cannabis initiatives — will be without top leadership in the coming period as current presidents Americo Villareal Anaya and Julio Menchaca Salazar, respectively, have expressed intentions to take time off to pursue state governorship.

So far, only Villareal has been authorized to leave, while Menchaca has yet to make a formal request.

Hemp won’t be regulated under pot law, but by Ministry of Agriculture

Sunday evening, Cordero sat for an interview with TV UNAM talking about the huge potential of the hemp industry.

“With it, you are able to produce construction materials, and you can even make automobiles, imagine that,” she said. “I welcome all of you to watch the Henry Ford video at the beginning of the last century how he inaugurated a car made out of hemp.”

She added that while her initiative doesn’t regulate hemp because it isn’t psychoactive, it will be regulated by the Ministry of Agriculture.