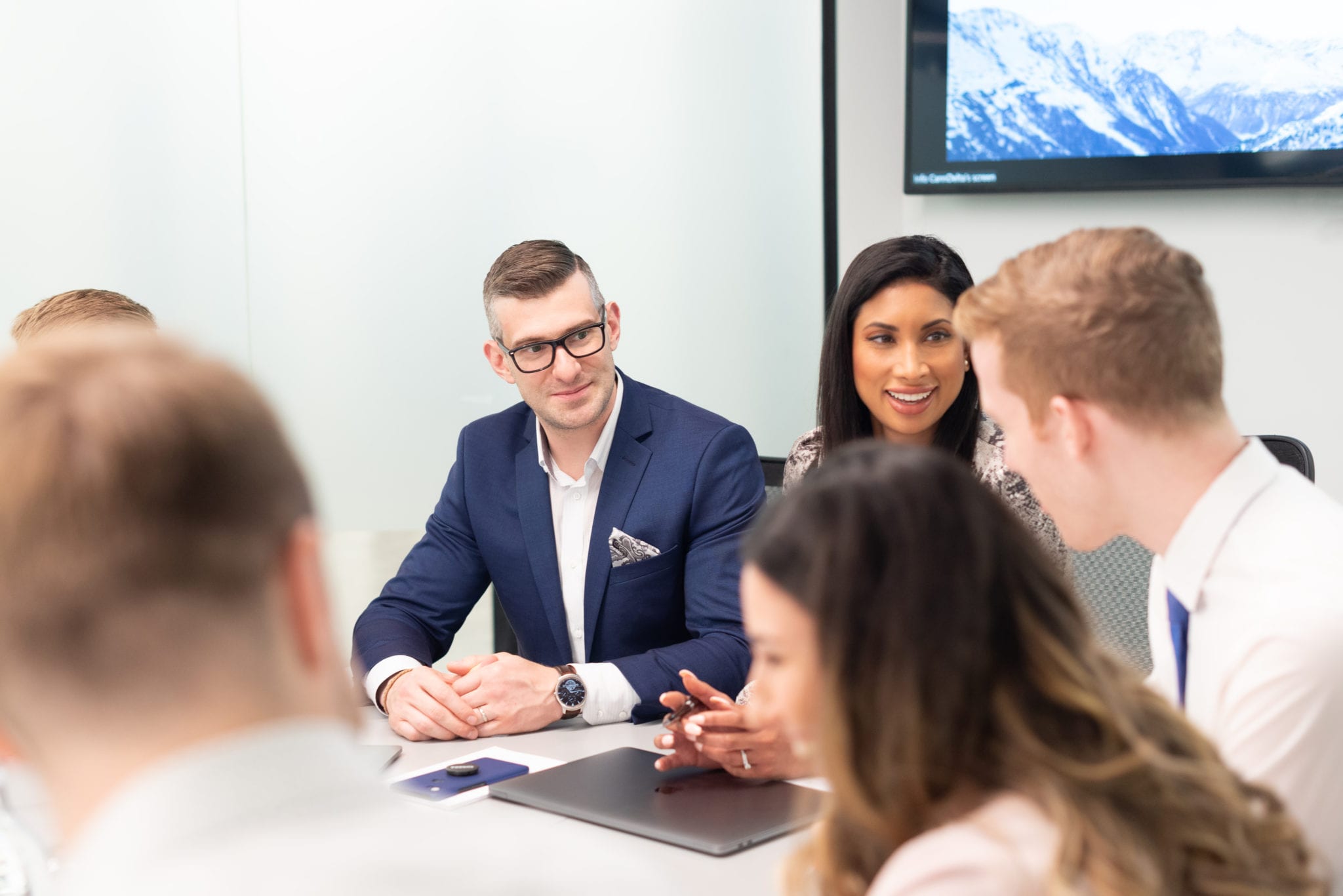 In its fifth and final industry-led regulatory review, the Canadian Chamber of Commerce’s National Cannabis Working Group tipped its hats to ancillary businesses, which some members called “the tip of the spear” in reducing stigma that continues to negatively impact the industry and the people who work in it.

Wednesday’s meeting focused on many of the same issues that affect the core cannabis industry. From barriers in communication between regulators and businesses to prevailing stigma, many of these problems also affect supportive sectors on the sidelines.

“We would love to be able to sell some of our products in your regular big box stores and you know, branded and marketed in such a way that it is not glorifying cannabis culture but then also shows that is for cannabis,” he said. “But we can’t do all of that.”

The issue isn’t as simple as demonizing federal regulator Health Canada, however.

“They’re not without blame. But they operate in the box that is given to them by the political decision makers,” said Omar Khan, senior VP of corporate and public affairs at retailer High Tide Inc. (TSXV: HITI) (OTCQB: HITIF) (Frankfurt: 2LY). “[Health Canada] operates in a political framework and the political framework right now leads most of the parties to believe that there is no benefit in championing anything to do with cannabis.”

Davidson Advisory CEO Barry Davidson also noted the need for a formalized connection point with government. This means that when you have an issue that has to be brought up with a regulator, you aren’t directed to a 311-style call or an FAQ page that only ends up adding more roadblocks to your problem.

“So aim for those [solutions] that talk about how they change the idea of outcome-based policy coming out of governments in a brand-new industry, when we know what we’re aiming for [but] we don’t know how to get there,” Davidson said. “I think this has created immense confusion that, rather sadly, has helped those of us on the consulting side.”

It’s not all organizational stonewalling. Some group members discussed supply-chain visibility and fragmentation, where the cannabis product can change hands more than a dozen times from the East Coast to the West.

“Obviously, there’s an elephant in the room: How is that product being handled?” asked Cole Fouillard, CEO of Veteran Express Secure Logistics. “What are the QA programs to govern the quality handling of that product from point A to point B? How does it get through, and then, obviously, with this massive surplus of cannabis within the system, vaults are overflowing. [There’s] a lack of storage capacity throughout all the provinces.” 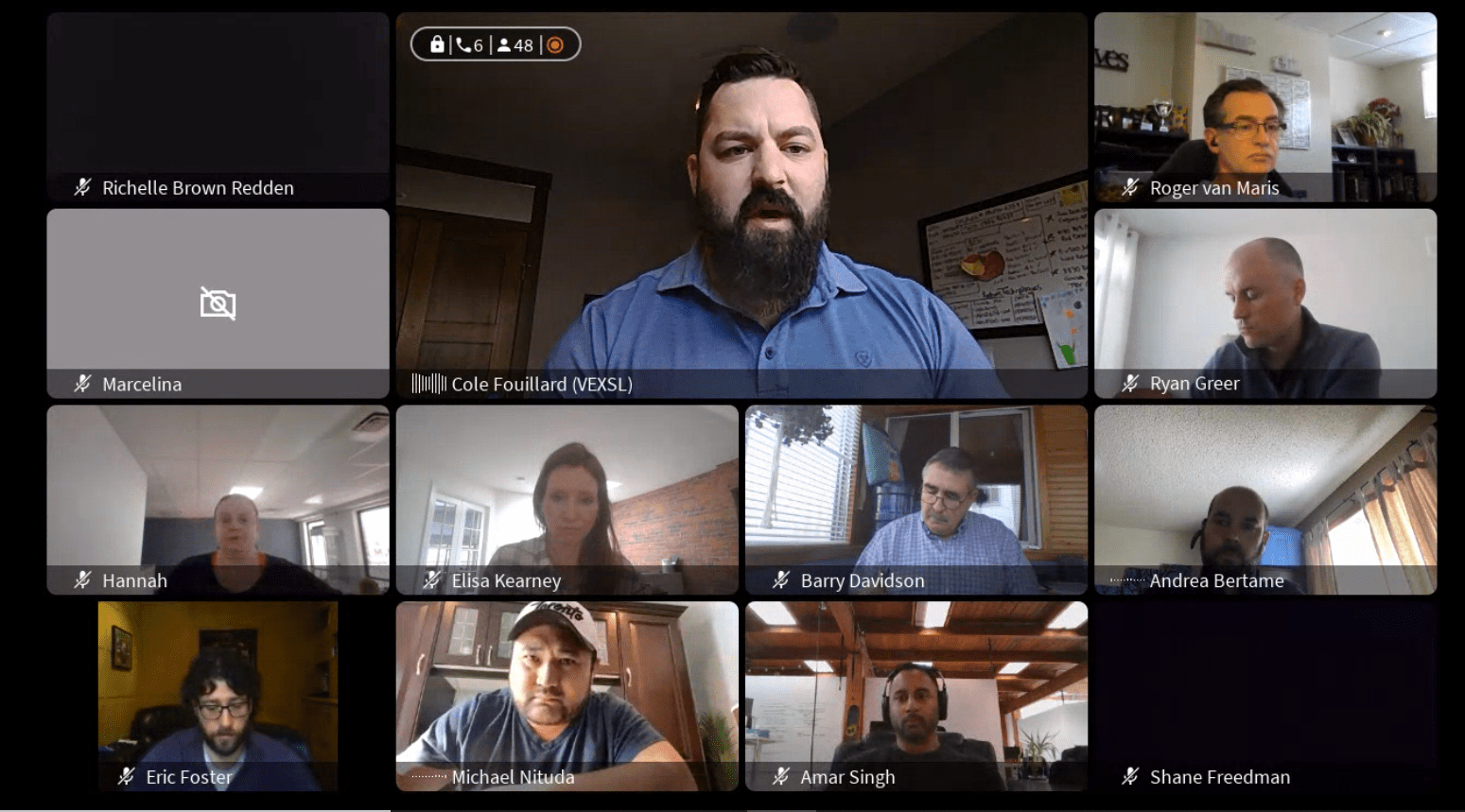 Over the course of five sessions, members of the working group didn’t run short on ideas to improve the Canadian cannabis sector. Screenshot by Nicholas Sokić

Fouillard says that blame for this is usually laid at the feet of licensed producers, which is an unfair assessment given what it takes to move high volumes of quality product. It’s a problem his company aims to help solve with a nationwide standard.

Amar Singh is the CEO of Elevated Signals, a tech company that works with several LPs to streamline production management. To improve inventory management, his company combined inventory records with quality records for a one-click batch.

“We’ve had our customers doing virtual inspections, which is like a 700-page, cleanly formatted batch record that can just be shared virtually, versus we’ve heard stories of people taking 600 photos of paper,” Singh said.

Health Canada has mentioned in the past that it’s looking at ways to cut down on its carbon footprint, something that Singh said is partly achieved via virtual inspections and digital recordkeeping. Furthermore, the virtual inspections can be more beneficial for smaller players that are trying to get off the ground, given it’s a much speedier process.

Michael Nituda, VP at professional liability insurer BFL Canada, commented on the perceived difficulties in opening up insurance space for Canadian cannabis. Specifically, American companies like AIG and Liberty are unable to open Canadian accounts, requiring Nituda and BFL to look across the pond to the UK or the Caribbean.

He also said that insurers have used the pandemic as an excuse to collect more premiums and to charge a lot more in the anticipation of future charges related to Covid.

“We shouldn’t treat the industry as though it’s something that’s still precarious, or that we’re not proud of and supportive of and I think the industry very much speaks that way,” said Fern Glowinsky, CEO of Merrco Payments Inc. “I’m not sure the Canadian government is sort of lined up with that philosophy.”

Diplomat Consulting CEO Nathan Mison pointed to ancillary businesses as “the tip of the spear” in doing away with whatever stigma is still left in the Canadian government. Given that ancillary businesses — which includes testing, marketing, consulting, software, automation machinery and growing supplies — contribute a significant portion of the cannabis industry’s overall economic contribution, there’s an opportunity to fly professionalism in the face of people still holding onto stoner stigmas.

The final minutes of the roundtable focused on the need for the chamber and the working group to organize the items raised over the past few months into actionables. Moderator Elisa Kearney stated their final challenge: “How do we organize such a fantastic group and all of these amazing comments that we’ve heard and actually take them somewhere?”

While this was the last official roundtable meeting of the National Cannabis Working Group, its members planning to hold smaller discussions among themselves and with regulators as the three-year anniversary of the Cannabis Act approaches in the fall.

Top image: The complexities of Canada’s strict cannabis regulations has made a lot of business for consultancies. CannDelta co-founders Sherry Boodram and Lucas McCann. Photo via CannDelta