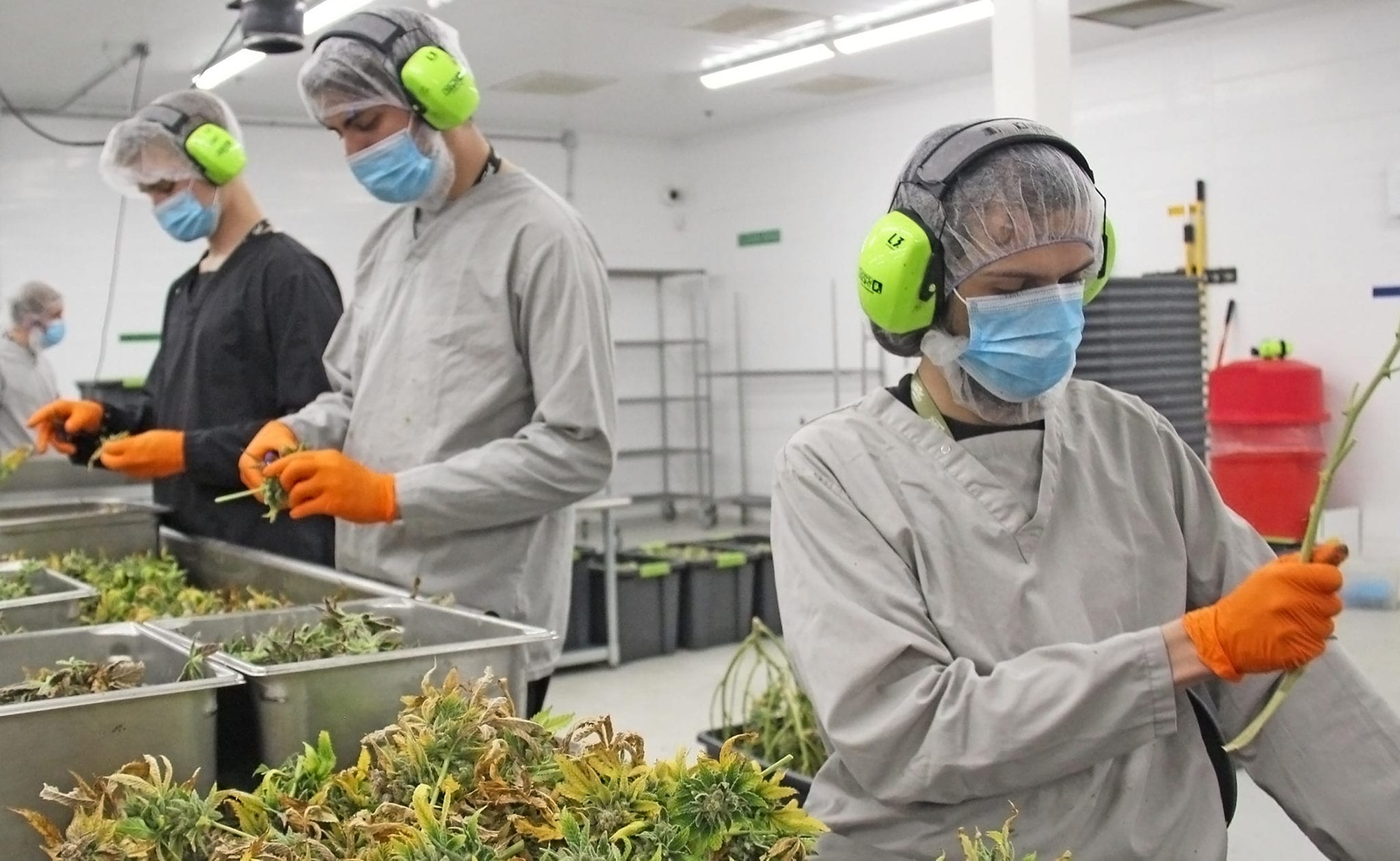 A Kitchener-based pot producer saw hundreds of people line up Tuesday eager to land one of 50 potential jobs at the company’s newly converted cultivation site as the cannabis industry continues to create more jobs than any other sector the last few years in Canada.

James E. Wagner Cultivation Corp. (TSXV:JWCA; OTCQX:JWCAF), better known as JWC, has been retrofitting a decades-old auto parts factory into a growing facility in the Ontario city where the company is looking to add 40 to 50 new workers. The available positions up for grabs are in cannabis cultivation, trimming, equipment operations and manufacturing.

The company gained a Health Canada licence last week to double production at the JWC2 growing site where it’s boosting current capacity from 22,000 square feet to around 44,500 square feet.

But the licensed producer wasn’t expecting the level of enthusiasm for the cannabis-related job opportunities, as roughly 800 people showed up at the job fair hosted by the company.

“I don’t think we were ready for the amount of people that came actually,” Barb Partridge, JWC human resource manager told CBC News.

Despite the black cloud hanging over the sector, Partridge said JWC has grown from 40 to 150 people since last summer and the company hopes to expand to 400 through 2020.

“We’re here for the long haul,” she said.

Thank you for making our community job fair a huge success! We saw an outpouring of interest in @JWCcorp and the #cannabis industry! Thank you @RegionWaterloo and Conestoga Place for your support and @CTVKitchener for encouraging members of the community to come meet us!

Statistics Canada’s numbers show the cannabis sector has contributed $8.26 billion to Canada’s GDP as of July this year, and there are 175 licensed producers that employ approximately 9,200 workers as of April — plus thousands more are employed by retailers. But if JWC’s hiring spree is any indication, the number of canna-workers will only go up.

Linton said political parties should have drawn more attention to the cannabis industry because “this sector has created the most jobs out of any sector in Canada over the past three or four years.”

The Canopy co-founder said a political leader should have proposed to voters that Canada should leverage its position as a leader in the global cannabis space by inviting health ministers from various countries to adopt “a Canadian system so Canadian companies win.” He’s  hoping the new Liberal minority government take this approach in the future to help further stimulate job creation.

The Lear Manufacturing facility, once one of #Kitchener’s larger employers, is getting an overhaul. We’re transforming it into one of the most advanced aeroponic cultivation facilities in the world. Learn more: $JWCA #kwawesome https://t.co/HiEpHeVHmY pic.twitter.com/fgdjEysGiz

Years before Linton was abruptly from Canopy Growth the pot entrepreneur helped resurrect the eastern Ontario town of Smith Falls.

After a Hershey’s chocolate factory closed its doors a decade ago it left 800 jobless in the town of 9,000. But Linton helped set up Tweed inside the same factory, which evolved into Canopy, that now employs over 3,000 around the world with hundreds working in that same factory.

The move put Smith Falls back on the map and the town even has plans on being the cannabis tourism capital of Canada. The Tweed visitor centre already has attracted 30,000 tourists and Canopy wants to help the town bring in thousands more.

As for JWC, the renovations of the auto factory, formerly known as the Lear Manufacturing facility, is also helping bring Kitchener hundreds of jobs. The car parts factory was built in 1965 and at its peak it employed 1,200, but has sat vacant since 2014.

“We’re happy to be breathing life into this historical structure,” said JWC president and CEO Nathan Woodworth. “We’re excited to be bringing jobs back into the community.”