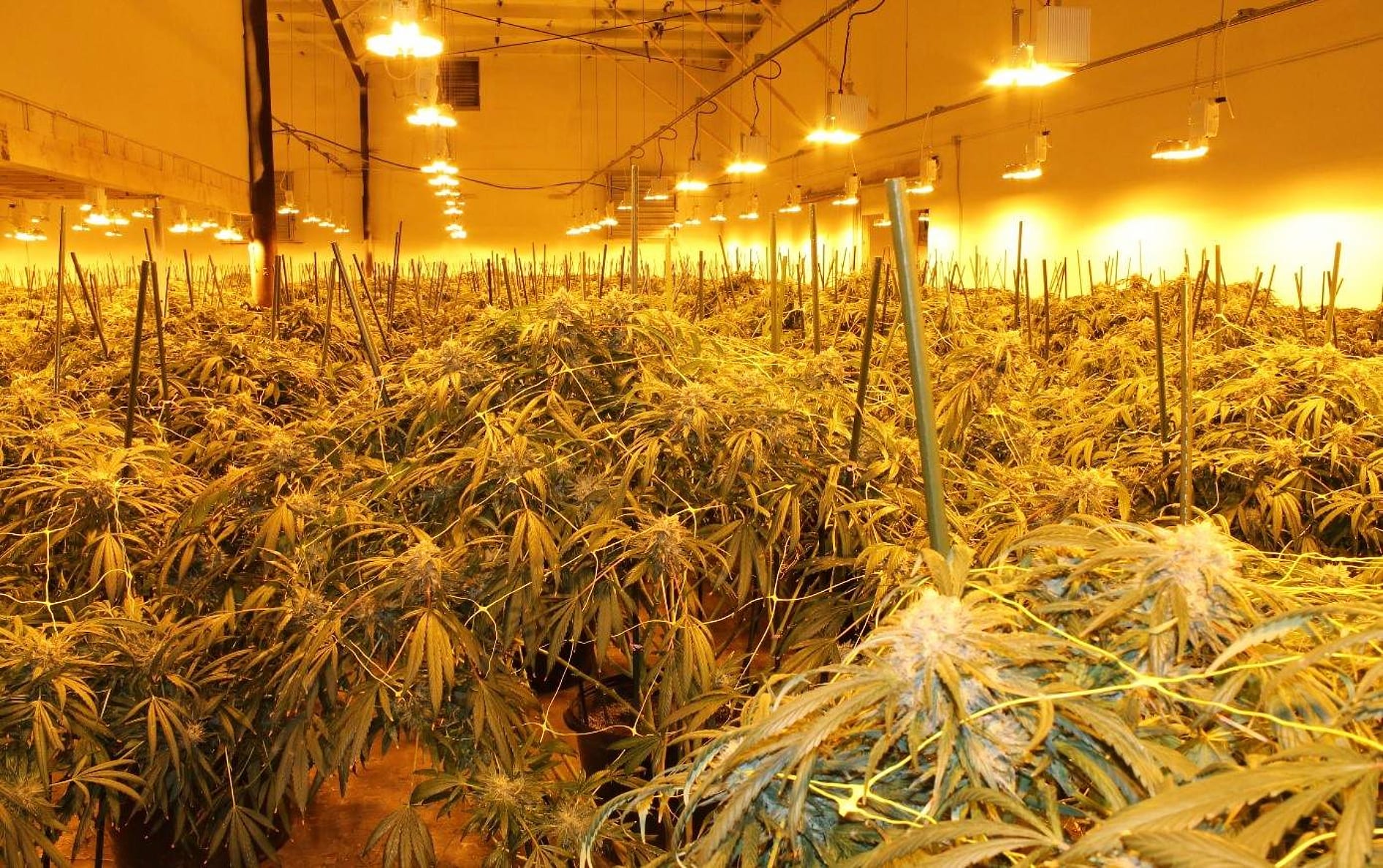 As Ontario police confirm that criminals are exploiting Health Canada’s personal medical cannabis growing regime, a policy expert is calling on Ottawa to review the permit program, ease regulations and allow medical growers to sell to the legal market.

Last week, Ontario Provincial Police said that since July it seized 122,000 plants worth over $143 million from 52 large-scale illicit production sites in the province. And 195 arrests were made in the takedown of several criminal networks that are taking advantage of Health Canada’s personal and designate medical cannabis production program by diverting authorized product into the illicit market, the OPP said in a statement. 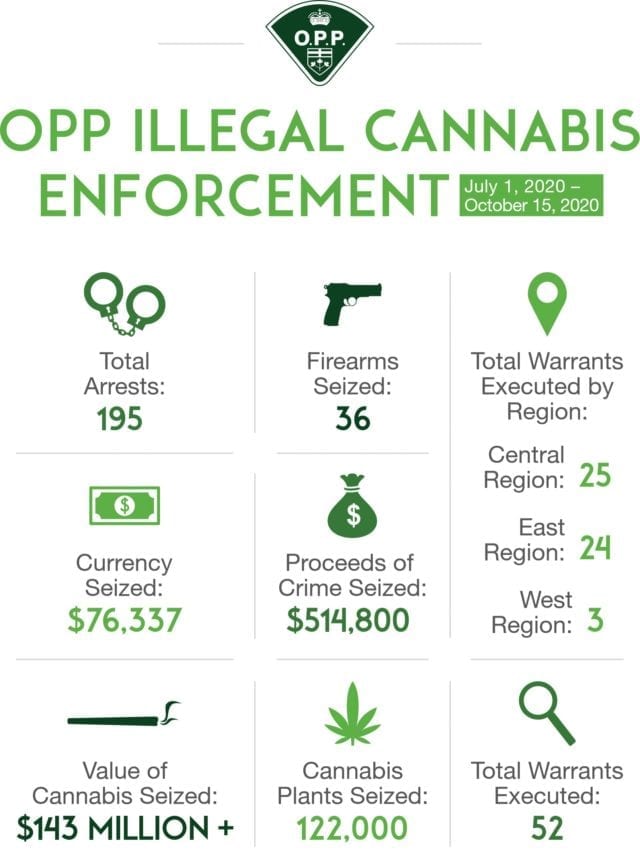 But rather than arresting their way out of the problem, the federal government should ease onerous barriers for medical permit holders to help them transition into the legal space, according to David Clement, North American affairs manager for the Consumer Choice Center. The CCC calculated that nearly 30,000 Canadians with personal production permits grew 1.9 million kilograms of weed in 2019. Meanwhile, legal recreational supply in the market at the end of last year totaled 636,000 kilograms.

By rolling back strict security and facility requirements, reducing licensing fees and the batch test minimum, as well as fast tracking licensing amendment timelines, it would create a clear path for medical growers to join the legal market while steering them away from the illicit, Clement says.

The OPP report confirms what Clement has speculated in April and what media investigations have suggested since 2017, which is that Health Canada has a loophole in its medical cannabis registration system that’s fuelling criminal activity.

“First, the government should be evaluating the size and scope of how much excess cannabis is being grown from the medical permit holders. And then second, create a legal channel where these medical growers can sell any excess cannabis into the legal market,” Clement said in a phone interview.

In April, through freedom of information requests, Clement discovered that a personal medical permit holder in Manitoba is authorized to consume 18 grams of cannabis a day, which means they can grow 88 plants a year. Quebec’s permit holders can consume 30 grams a day and grow 146 plants a year.

While that may seem like a lot of potentially illicit weed, dismantling the personal medical production program in favour of a new regime would be a disastrous waste of resources and exceptionally cruel given how marginalized cannabis patients have historically been, Clement argues.

“I don’t want to see Health Canada target legitimate permit holders, because these people won the constitutional right to grow cannabis for themselves.”

Instead, if the federal agency did simple switches like reduce the batch test minimum of 100 grams per batch to 28 grams, permit holders would be less enticed to hook up with criminals to make money off their excess cannabis.

And if quality control is an issue, the leftover medical supply could be sold to processors for CBD and THC extraction, Clement says. 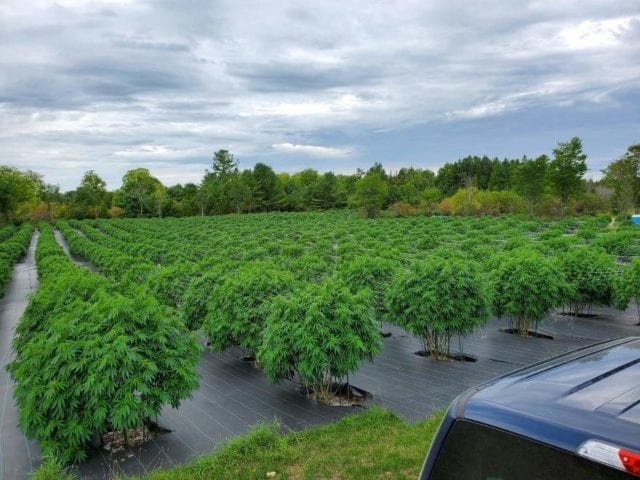 By diverting some of the medically grown cannabis to legal, Canada could entice consumers in the country’s still-thriving illicit market into the legal recreational market, which hasn’t fully materialized.

Clement, who testified in front of the Canadian Senate last year on cannabis tax policy issues, says a lingering prohibitionist mentality among policymakers has lent to a lack of sensible regulations.

And over-regulation and high taxes on the plant has created volatile stock prices for licensed producers, mediocre sales and a number of medium-sized companies facing bankruptcy.

“The Cannabis Act has been a disaster in terms of the appropriateness of regulation,” Clement says. “If you scale the Cannabis Act back you could allow for the provinces to create better markets, both for THC products and CBD.”

With a parliamentary review for the legislation slated in a year from now, he has hope there’s appetite in Ottawa to get it right.

Clement has been calling on federal leaders for two years to take initiative and treat THC products more like alcohol and CBD products like natural food additives like caffeine.

“Evidence suggests cannabis is substantially less dangerous than alcohol. At the very least, we should regulate cannabis like alcohol,” he said. “And the fact that we regulate CBD more strictly than we do alcohol is insanity.”

If companies could advertise THC products on TV like alcohol, and if CBD products were sold alongside energy drinks at convenience stores, it would increase sales and help address a country-wide oversupply problem.

Those policy changes would improve chances for personal medical growers and micro-cultivators to enter the market, while increasing competition and driving down legal prices.

“The fact that we hit these guys with a sin tax is just bananas,” Clement says.

“I hope the government listens to the people on these policy changes, because the consequences of getting it wrong is people will just continue to buy cannabis illegally.”