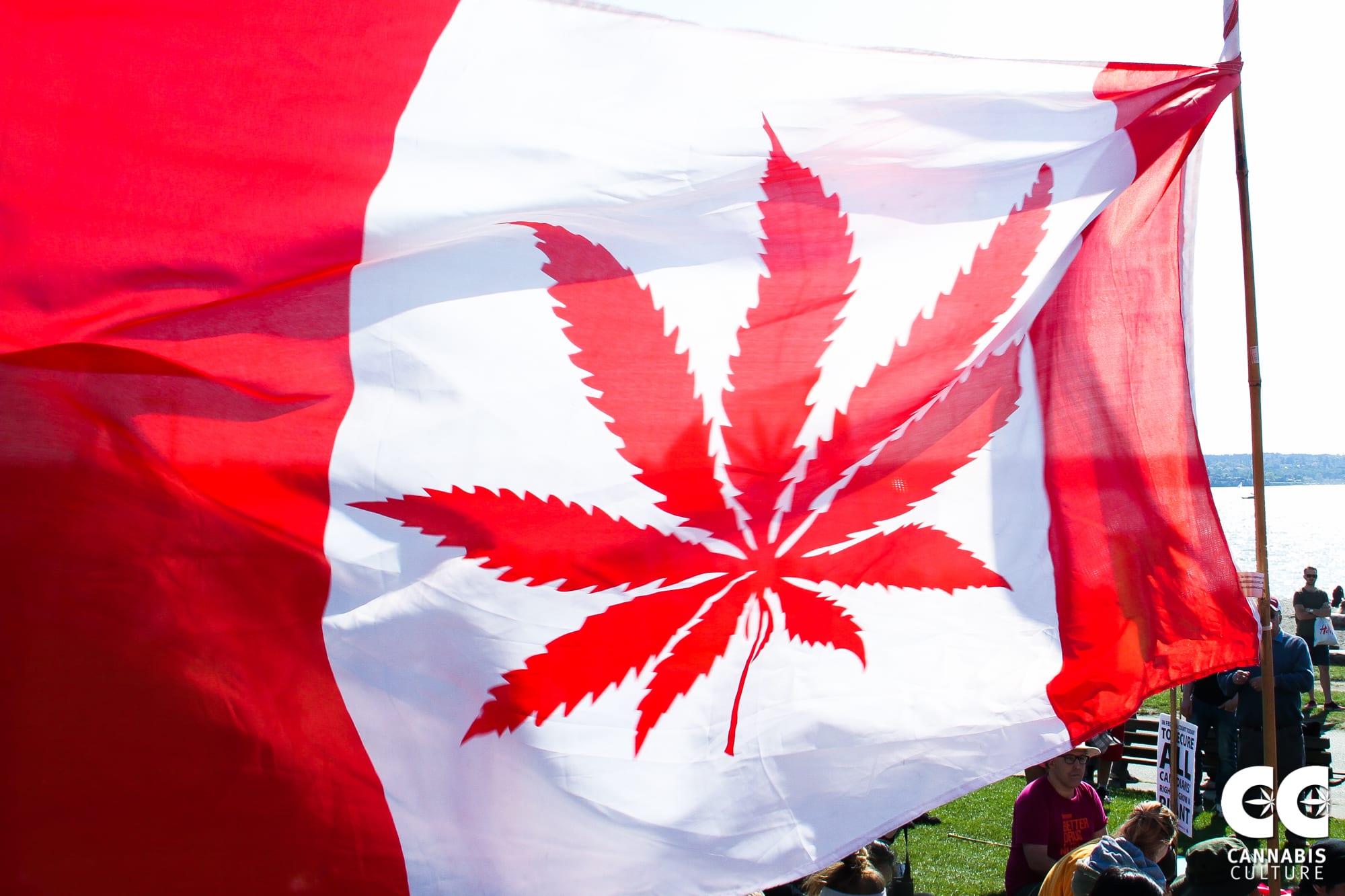 Despite poor patient access, a lack of cannabis amnesty and lagging clinical research, Canada squeaked out a passing grade on legalization two-years-in from the industry’s biggest lobby group.

On Oct. 17 — legal weed’s second anniversary — the Cannabis Council of Canada released a report card with grades on 10 issues, including combatting the illicit market, government leadership and consumer awareness. 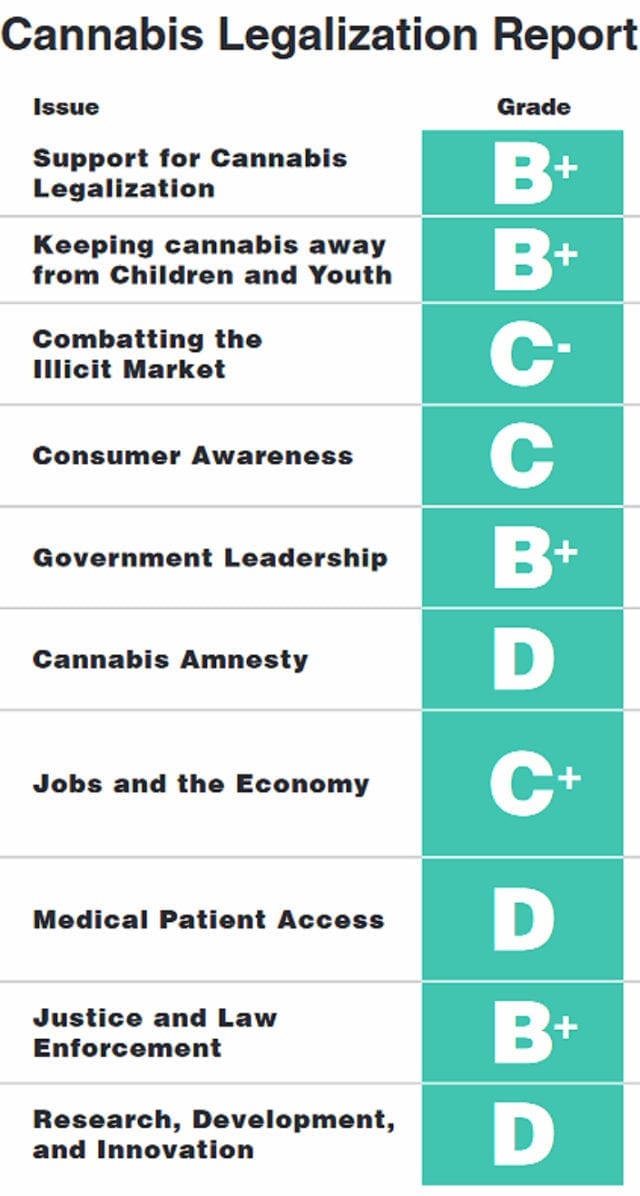 Graphic via Cannabis Council of Canada

Council members include producers like Canopy Growth, Tilray and 48 North. The group based its report on a sponsored Abacus Data national poll of 2,000 Canadians as well as government data and secondary news sources.

“The Cannabis Legalization Report Card celebrates our successes and reminds Canadians and our governments of the work that needs to be done to capitalize on the promise of legal adult-use cannabis,” council CEO George Smitherman said in a statement.

Public support for legalization received a “B+” with only 24 per cent of Canadians in opposition — a number that continues to drop each year.

Other issues with a favourable grade include: youth use rates, which have dropped to 9.7 per cent; and law enforcement, with 85 per cent of Canadians showing strong awareness of the risks of impaired driving.

Respondents gave government leadership a good score, with 41 per cent in support of Canada taking a greater role in promoting the industry globally.

However, medical patient access got a “D” as 60 per cent of patients said they need to buy cannabis from the illicit market. The report highlighted how medical cannabis is the only legal drug subject to an excise tax and 70 per cent of Canadians support adding medical products to public and private drug plans.

Amnesty was also marked a failure. Less than 3 per cent of eligible Canadians have applied to have their cannabis convictions pardoned, while 70 per cent of respondents support expungement of criminal records for possession.

Research is another issue that needs urgent attention. Burdensome study requirements and persistent delays in federal licensing were cited as threats to Canada’s global leadership stakes in cannabis research.

While the report cited Statistics Canada data that the legal market accounted for half of national cannabis spending, the Ontario government recently said three-quarters of purchases were made via the illicit market in the country’s most populous province.

On consumer awareness, the report criticizes plain packaging for greatly limiting branding, citing that 62 per cent of support looser regulations on marketing cannabis.

As for cannabis jobs and the economy, a recent hiring surge in Canada’s growing number of 1,100 retail stores has offset a 31 per cent decline in production-related jobs from January to July.