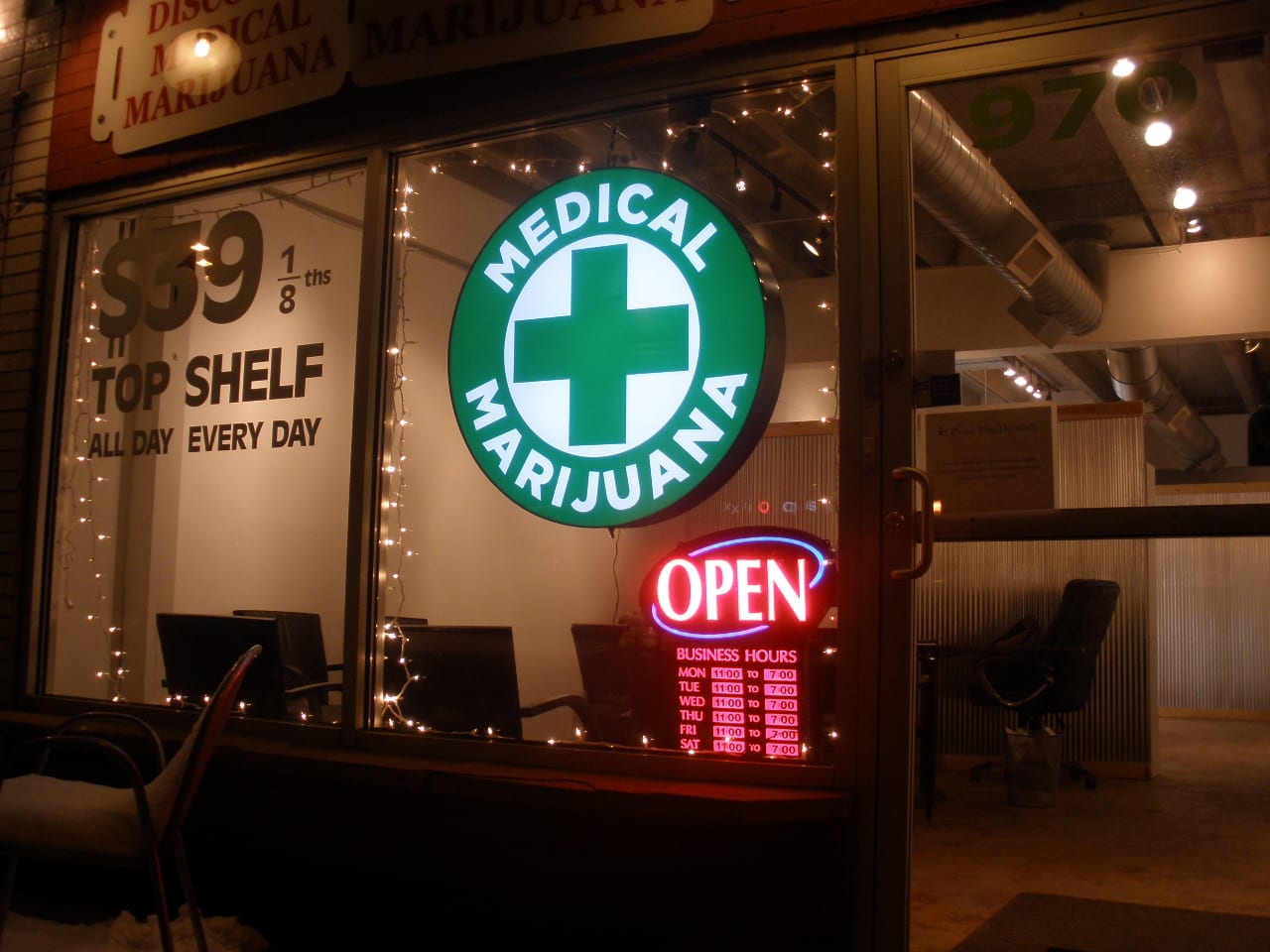 A survey of 1,000 Canadians using cannabis for medical purposes shows what many already know: The country’s medical weed system is deeply flawed and its patients want change.

The project was supported by arm’s length funding from Spectrum Therapeutics, the medical division of Canopy Growth Corporation (TSX: WEED). 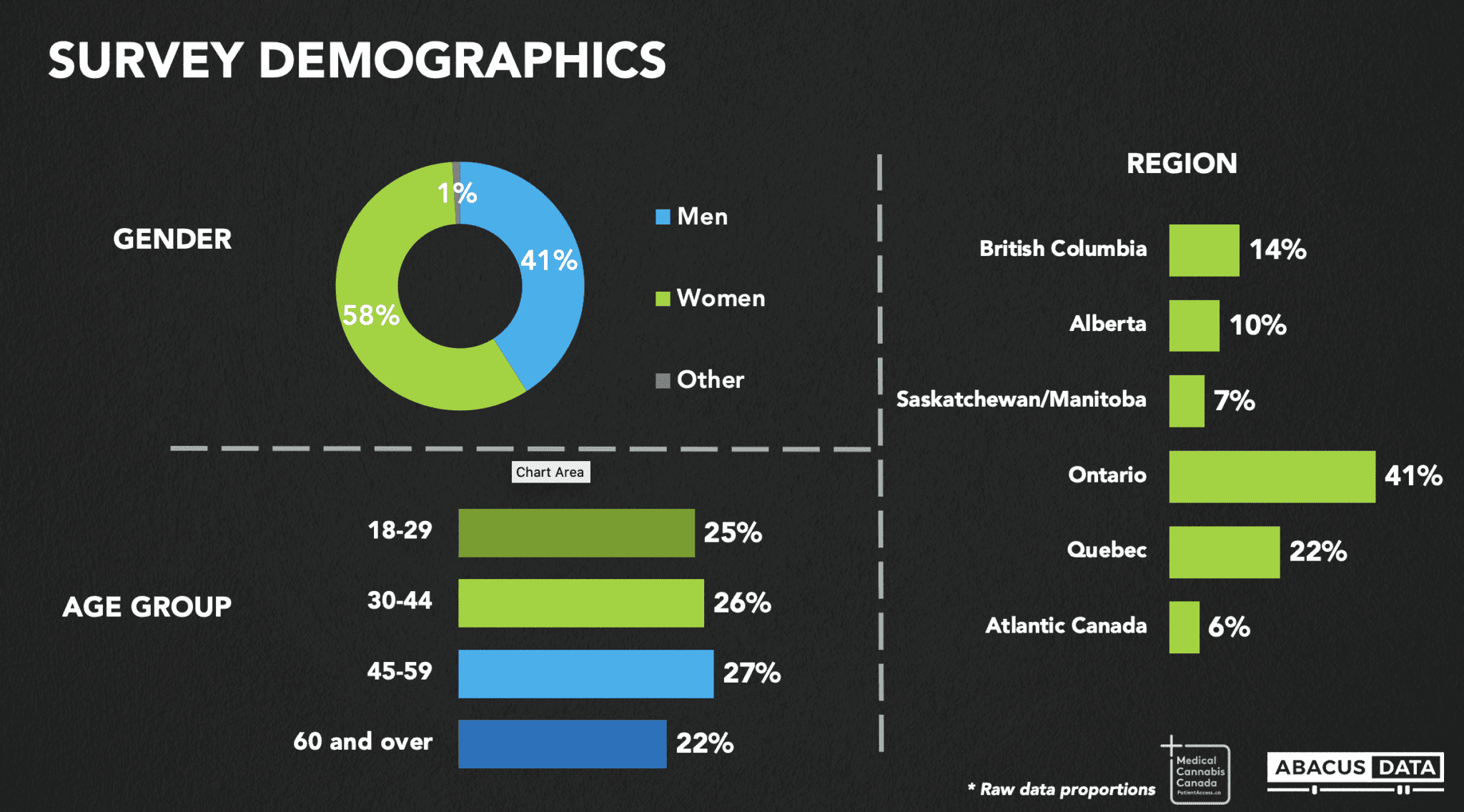 A random set of respondents were invited to complete the questionnaire on the Lucid exchange platform. Graphics via Medical Cannabis Canada and Abacus Data

For project lead Max Monahan-Ellison, one of the starkest standouts from the data is the small proportion, 37 per cent, of patients who have a prescription.

“That’s a problem because we’re seeing that people with a medical document are showing greater rates of engagement with healthcare professionals, and also less use of unregulated markets,” he says.

Monahan-Ellison is a healthcare strategist who sits on the board at Medical Cannabis Canada and is a senior consultant at public relations firm Proof Strategies.

Barriers to the medical system as well as roadblocks to healthcare resources that require a medical document are causing the lack of engagement, according to Monahan-Ellison. 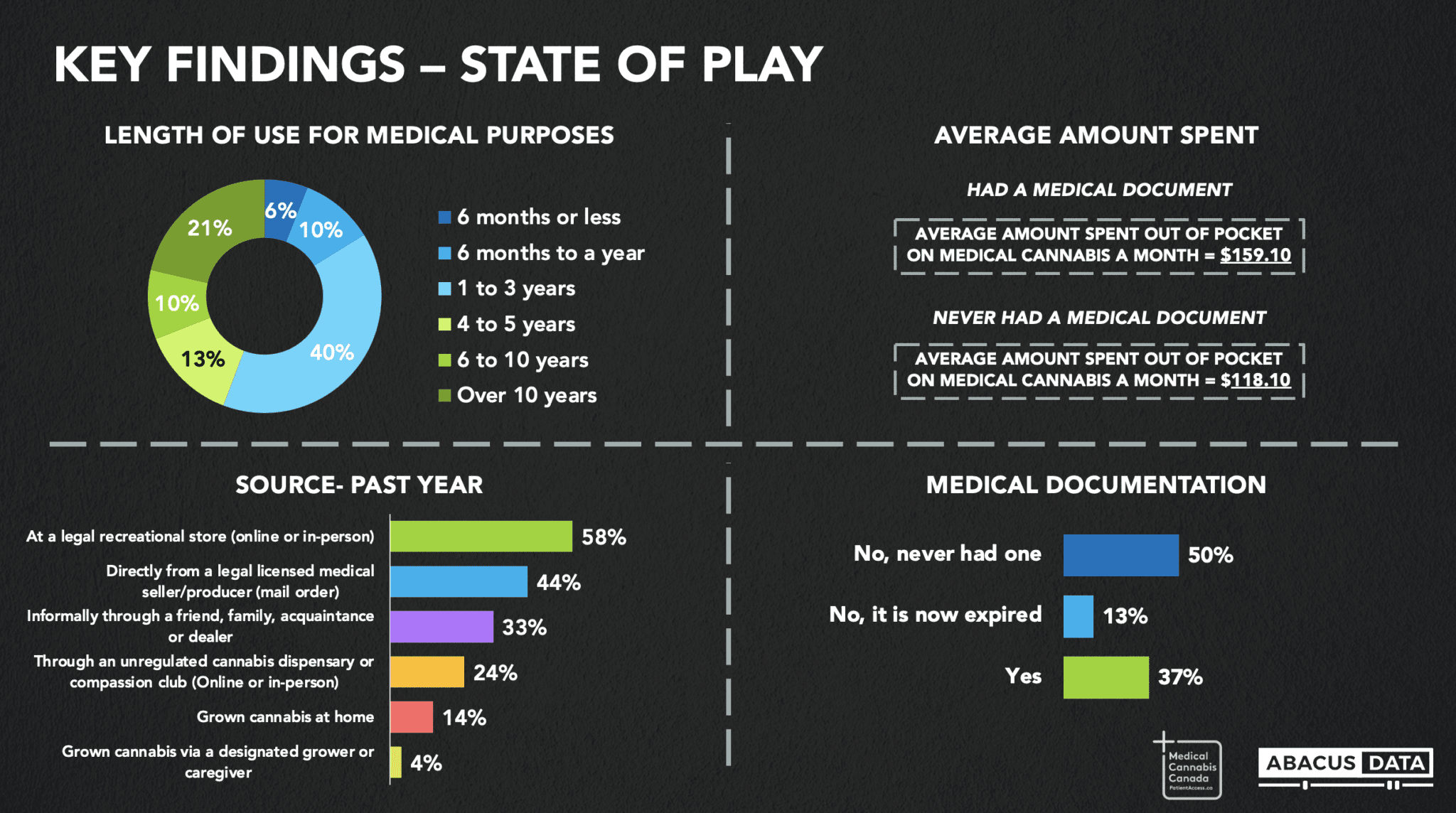 56 per cent of respondents said they started using medical cannabis within the past three years, and 50 per cent said they’ve never had a medical document.

“There’s two key areas of cannabis policy and access that need to be addressed,” he says. “The first is just general access points and the second is affordability.”

Both of these issues point to the need to include cannabis in mainstream medical channels.

By authorizing pharmacies to sell medical cannabis, access points are vastly increased. But such a move would also work towards legitimizing the plant in the eyes of healthcare professionals and insurance companies. 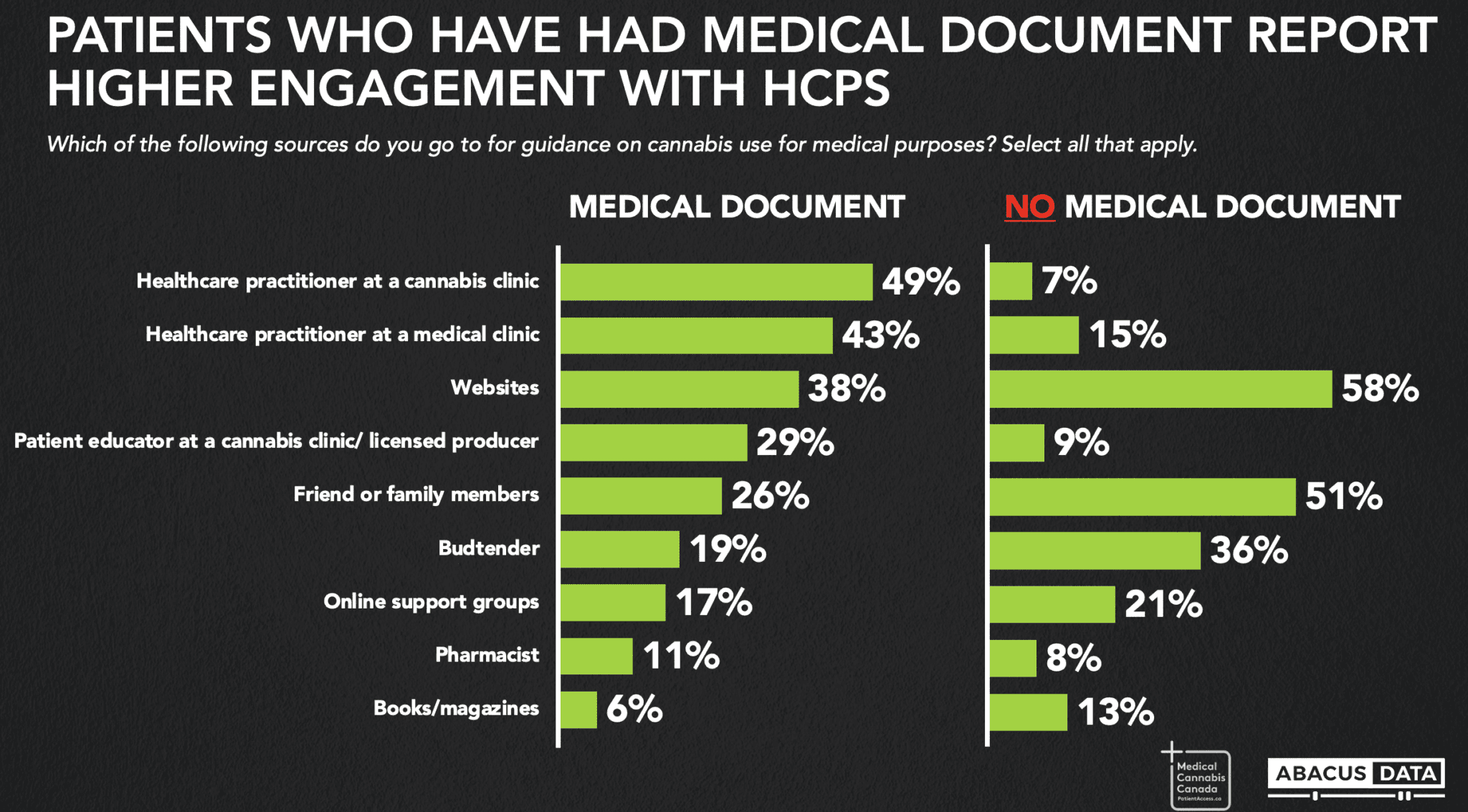 Patients with a medical document are much more likely to contact a healthcare practitioner, according to the survey.

In the survey, 83 per cent of respondents reported feeling there’s stigma among medical professionals toward cannabis use, and 57 per cent reported it was hard to find a healthcare practitioner to speak to about getting a prescription.

Coverage for medical cannabis is either limited or non-existent among Canadian insurers, which Monahan-Ellison says would change if patients were accessing medical instead of recreational or unregulated sources.

The taxation of medical cannabis compounds the barrier of cost, which 44 per cent of respondents said was at the top of their list of reasons for switching from regulated to unregulated sources. 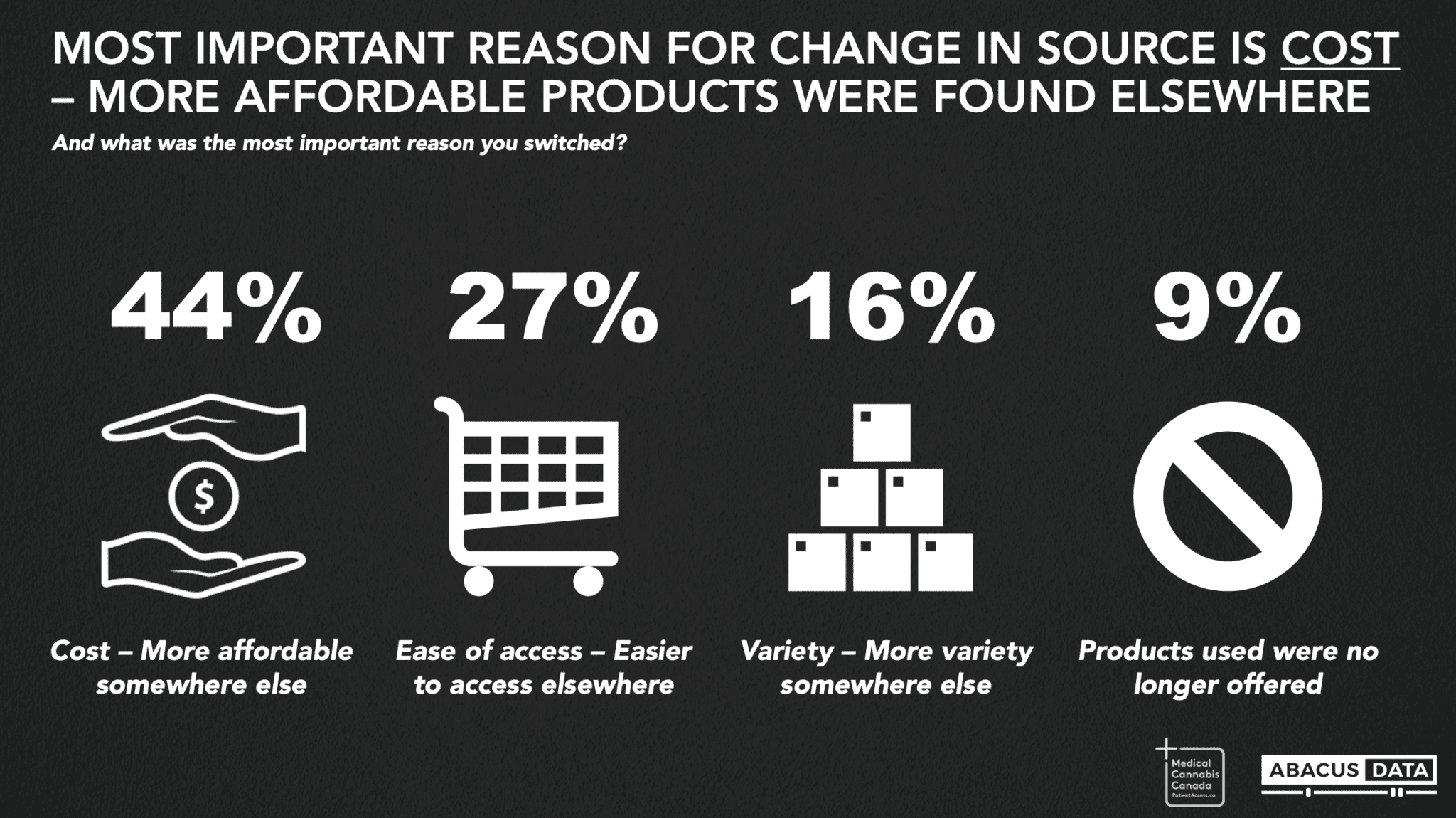 Alongside Medical Cannabis Canada’s behind-the-scenes work communicating with federal and provincial health authorities, the organization has directed its lobbying efforts at financial bodies as well.

“We’ve been doing a lot of work on tax in [British Columbia] because it’s a market that seemed in a good place for it. That includes  consultations with the B.C. finance committee,” Monahan-Ellison says. “We’re really excited to see them recommend the removal of provincial sales tax.” 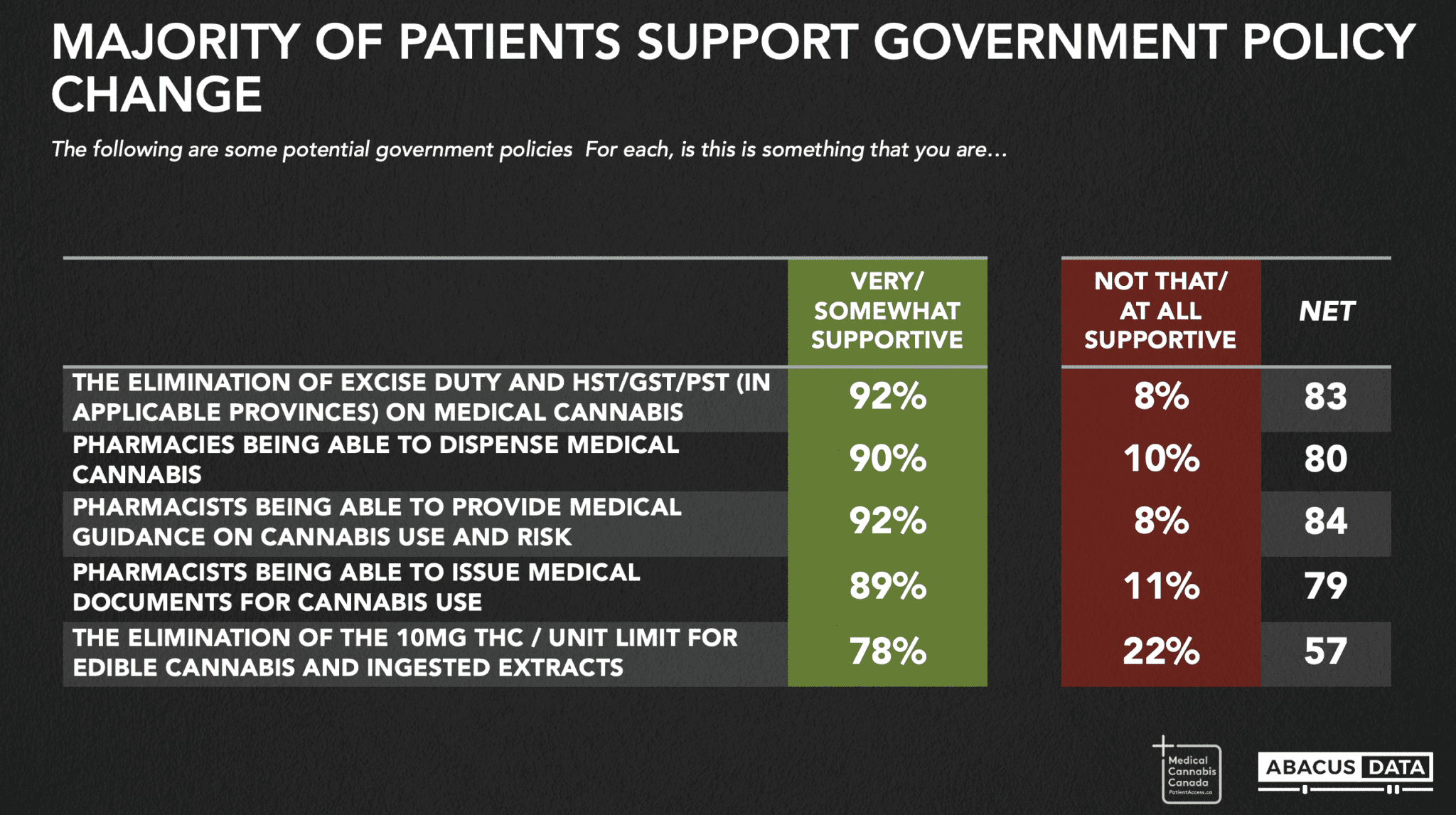 In its 2021 budget consultation report, B.C.’s finance committee recommended examining “mechanisms in the taxation system to remove or rebate the PST for medical cannabis.” The Medical Cannabis Canada survey shows 92 per cent of patients in support of removing excise and provincial taxes on prescription weed.

In a highly regulated healthcare system like Canada’s, a lack of formal clinical trials is at the heart of cannabis’s outlier status.

Monahan-Ellison projects randomized, controlled trials aren’t going to be where most of the medical community wants them to be for another five years or a decade. And that’s not even for medical cannabis as we know it. That’s for dosed medications like Sativex and Epidiolex.

Instead, what we’re witnessing now is a repositioning of the narrative.

“Efficacy of treatment is still a conversation that’s being had,” he says. “But I think what everyone is starting to understand is that it’s a public health discussion, and an important one about reduced dependence on other medications.” 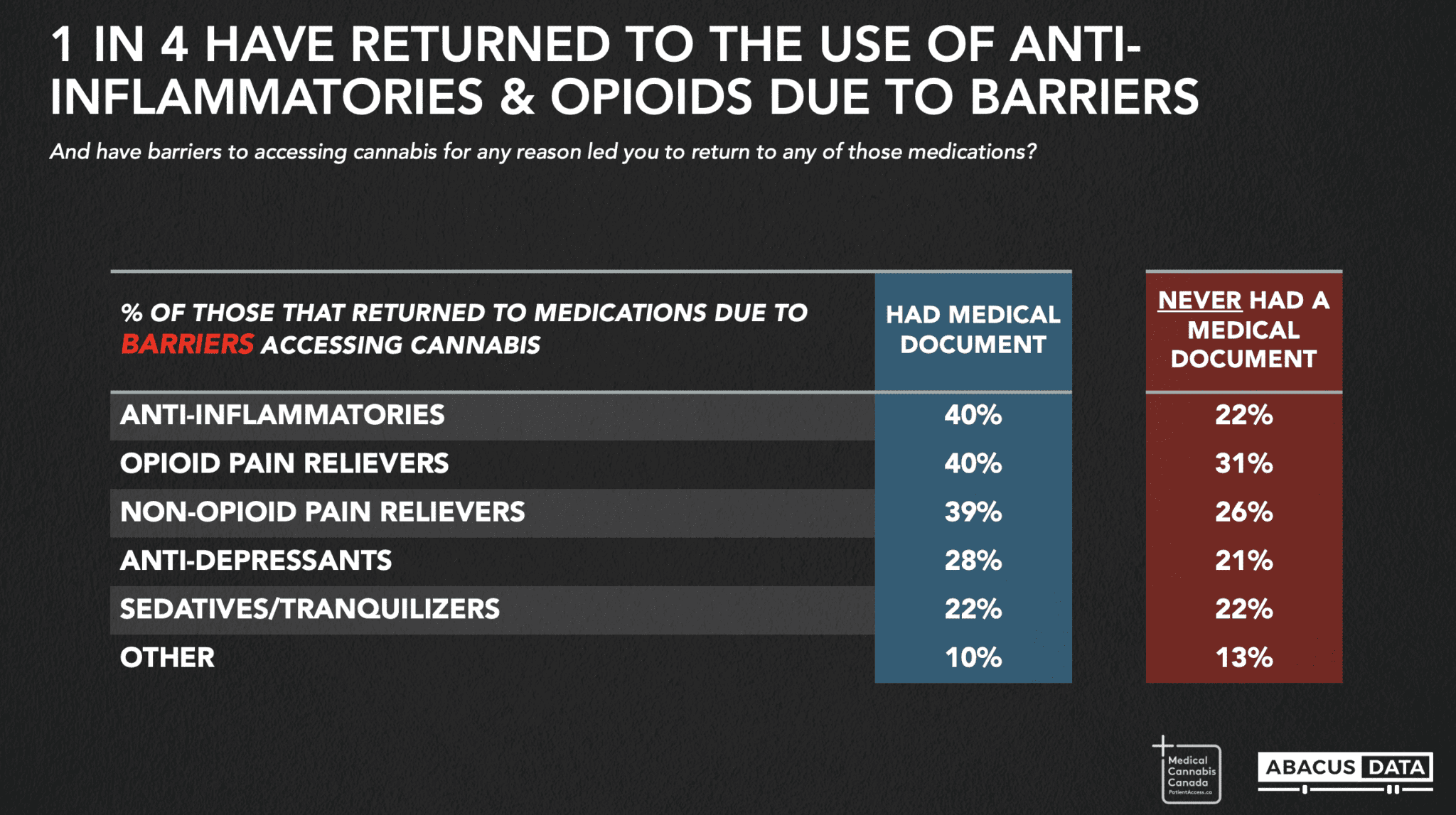 Many patients say cannabis helps them reduce dependence on more harmful meds, but a lack of access causes many to return to opioid medications and anti-depressants.

Of the survey’s respondents, 40 per cent said they returned to using anti-inflammatories or opioids because of barriers to medical cannabis.

While hard clinical data is still a ways out, a significant body of preliminary and anecdotal evidence suggest cannabis is a less harmful alternative to both side-effect heavy medications and harder street drugs.

Top image: Access to cannabis for medical purposes is much more widespread in less-regulated markets in American states. Photo of Discount Medical Marijuana shop in Denver Colorado by O’Dea via Wikimedia Commons