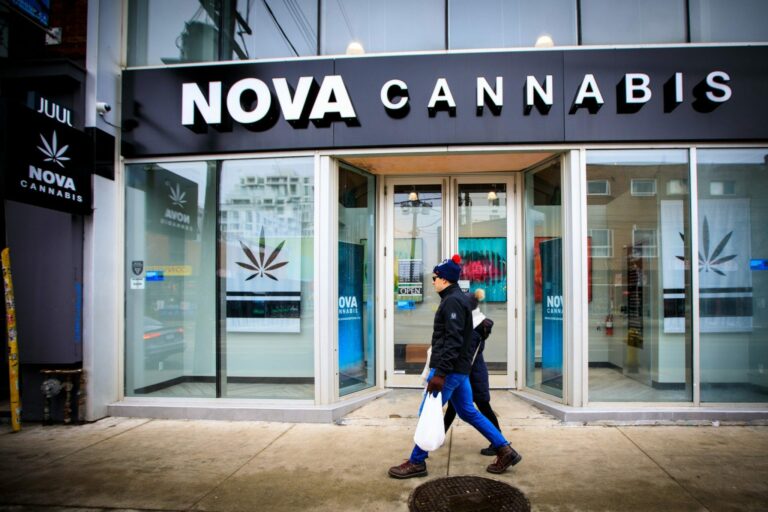 Cannabis retailer Nova Cannabis Inc. (TSX: NOVC) is losing most of its board of directors and its CEO, as its majority stakeholder finalizes an acquisition deal with Sundial Growers Inc. (Nasdaq: SNDL).

On Thursday, Nova said it’s changing its management team and restructuring retail operations because of the acquisition of its parent company Alcanna Inc. (TSX: CLIQ).

The company says Sundial has completed acquiring all of the issued and outstanding common shares of Alcanna, which owns a 63-per-cent stake of Nova.

Among the five members of the board that resigned are Nova’s CEO Darren Karasiuk, board chair James Burns as well as other members including Thomas Bitove, Ross Sinclair and Marvin Singer.

The company notes Karasiuk will be replaced by Marcie Kiziak, who’s currently chief operating officer. Kiziak will also form part of the new board of directors at Nova.

“On behalf of the Nova shareholders, the board would like to thank Darren for his dedication and his commitment to establishing Nova as a force in the cannabis retail industry,” Sundial CEO Zach George said.

“Marcie was already an integral part of the Nova team before this appointment and continues to be highly focused on maximizing labour efficiency within our store footprint and optimizing the Value Buds customer experience,” he added.

Besides Kiziak, new members of the board include Sundial’s CEO Zach George as the new chair; Anne Fitzgerald, who was the former chief legal officer and corporate secretary of Cineplex Inc. (TSX: CGX); Christopher Pelyk, VP of store development global at Arcteryx; Jeffrey Dean, Maven Capital managing partner; and Shari Mogk-Edwards, the former Liquor Control Board of Ontario VP of product, sales and merchandising.

On Thursday, Sundial said it completed the $320-million transaction consisting of cash and common shares, announced in October and issued Alcanna’s former shareholders 8.85 Sundial shares and $1.50 in cash for each Alcanna share they held.

Alcanna is Canada’s largest private liquor retailer, with 171 stores mostly in Alberta under its Wine and Beyond, Liquor Depot and Ace Liquor banners.

The company also has a majority stake in Nova Cannabis, which operates 62 stores across Alberta, Saskatchewan and Ontario under its Value Buds and Nova Cannabis banners.