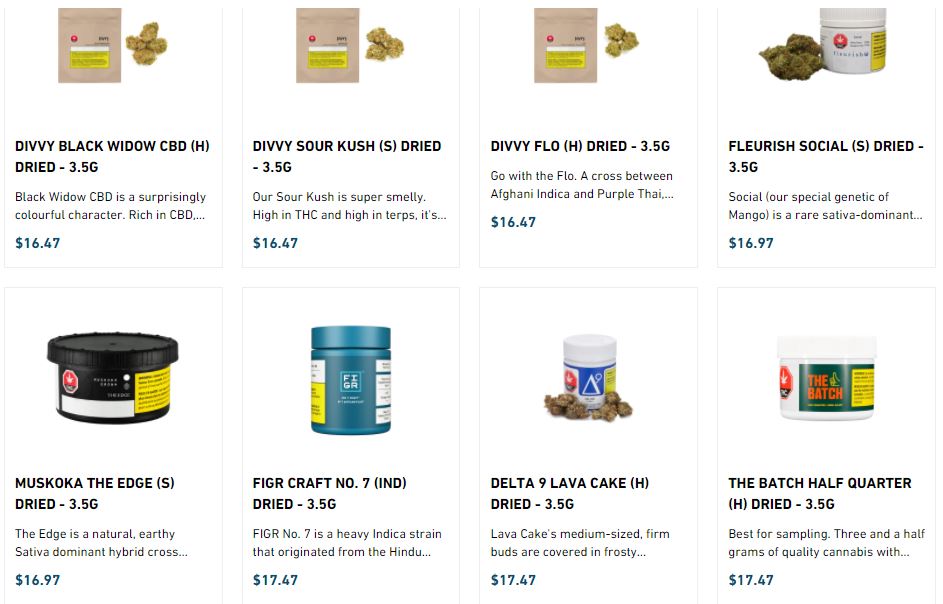 Value Buds has been getting popularity for selling legal weed for lower prices than the average cannabis store. Screenshot by Natalia Buendia Calvillo

Value Buds is offering Canadians the low-cost legal weed they want and it seems to be making a profit.

The increase is mostly due to seven new stores opening since March 2020, the company says, which were a result of Nova’s deal with Alcanna Inc. (TSX: CLIQ).

Most of the Nova Cannabis stores in Alberta, Ontario and Saskatchewan have been rebranded as Value Buds stores, which are gaining popularity for offering cannabis at lower prices than competitors.

“In two months from conversion, our Value Buds stores are already operating at an average sales on an annual run-rate basis of $3.5 million which is, in our estimation, at least three times the sales volume of the average Alberta cannabis retailer,” CEO Darren Karasiuk said in a statement.

Comprehensive losses increased 215.5 per cent to $7.0 million from $2.2 million. The company reported a number of expenses related to the reverse takeover of YSS Corp. by Alcanna Inc. announced in January.

Nova operates 60 retail cannabis stores in Ontario, Alberta and one in Saskatchewan under the Value Buds and Nova Cannabis banners. It expects to have at least 85 stores built and open by the end of this year.

Prices draw customers in stores and away from illicit market, company says

According to different analyses and surveys by Deloitte, the Ontario Cannabis Stores (OCS) and the Canadian Cannabis Survey 2020 by the federal government, price is consistently cited as a top factor for purchase decisions.

Value Buds’ online store sells cultivars cheaper than what the OCS sells them for. For example, Back Forty’s Pine Kush is listed at $22.96 at OCS.ca but only $16.47 at Value Buds. Other craft products like Simply Bare’s BC Apple Toffee cost $45.47 at Value Buds, while the OCS lists it for $55.97.

This particular store brand has brought up an interesting discussion.
I get it, it sucks, you entered retail with the hopes that there'd be little to no competition, but that just looks bad on you in the end.

After an agreement was reached in March with Alcanna, Canada’s largest private liquor retailer, Nova converted 36 stores into Value Buds, opened six stores in Ontario and three in Alberta.