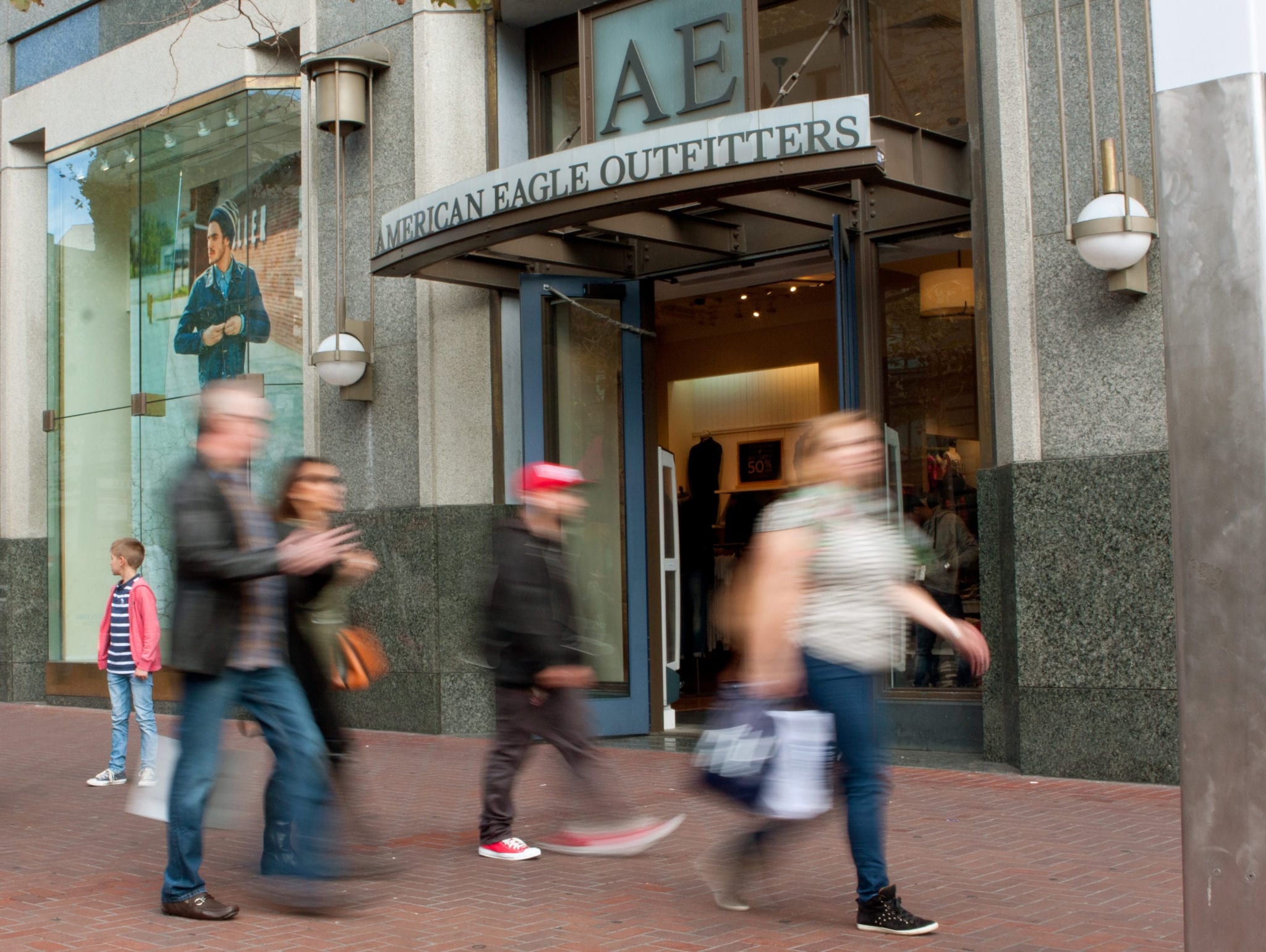 Green Growth said it will design a range of CBD products exclusively for American Eagle, including topical lotions, muscle balms, and aromatherapy items.

“We are very pleased to be partnering with American Eagle, a leader in the specialty retail space,” said Green Growth CEO Peter Horvath in a release.

GGB provided the expertise necessary to develop the product formulations and packaging to create a really special line of products.

Green Growth said the deal marks its third partnership with a major wholesale distributor since the U.S. Farm Bill passed late 2018. In January, the company teamed up with footwear retailer DSW Inc. (NYSE: DSW) to sell its CBD products in 96 U.S.-based DSW stores. In May, Green Growth inked a deal with Abercrombie & Fitch Co. (NYSE:ANF) to expands its reach into 160 stores operated by the other teen apparel retailer.

Linking up with mall owners has also been a part of GGB’s aggressive expansion strategy. The Ohio cannabis retailer recently said it is expanding the number of its Seventh Sense Botanical Therapy shops — that also offer CBD topical products — from the current 61 to well over 200 by the end of 2019. Simon Property Group will host up to 108 GGB shops, while Brookfield Properties will open 70.

Green Growth also acquired U.S. cannabis extraction company Moxie for US$310 million earlier this month. The deal will allow GGB to operate in a total of 16 states and offer a wider range of award-winning THC products.

The U.S. market for CBD products is expected to reach nearly US$24 billion by 2023, according to cannabis-focused research firm Brightfield Group. As popularity for the wellness compound surges, investors expect more major retailers will jump on the bandwagon. But so far only topical CBD products are legal to sell, with the industry carefully awaiting the U.S. Food and Drug Administration’s rules for CBD in food and supplements.

While CBD regulations remain murky, major retailers like Walmart and Target have so far stayed on the sidelines. But Green Growth most likely has already developed a strategy to expand deeper into the retail space once the FDA releases its policy framework for CBD.

However, some major companies like Starbucks have publicly stated they want to steer clear from cannabis products all together to protect the company’s image. Even though Green Growth’s products contain legal hemp-infused CBD that cannot produce a high like THC, that doesn’t mean there aren’t opponents of the products.

While there may be opportunities for Green Growth with smaller retailers or ones that are more focused on youth that can afford to take on risks, it may be a while before we see some of the largest companies in the world jump on board the cannabis hype.

Green Growth has come a long way since its failed bid for Canadian cannabis firm Aphria (NYSE:APHA)(TSX:APHA), establishing itself as a formidable pot brand in the growing U.S. cannabis market.

With its Moxie acquisition, CEO Horvath describes Green Growth as the first “360 degree” cannabis company with expertise in each segment from cannabis dispensaries and both wholesale CBD and THC consumer products.

However, investors may be waiting for more results to see how well the company generates sales — especially for its CBD topical products. Green Growth is starting to make a name for itself, but with around $10 million in sales during the past year, it’s still nowhere near some of the bigger names in the industry.

Despite the company’s aggressive expansion efforts, Green Growth stock has tumbled more than 40 per cent since the start of the year. But if these deals start paying off and the company starts seeing green, that could change very quickly.

A few months in, BC weed delivery broadens reach but benefits are mixed