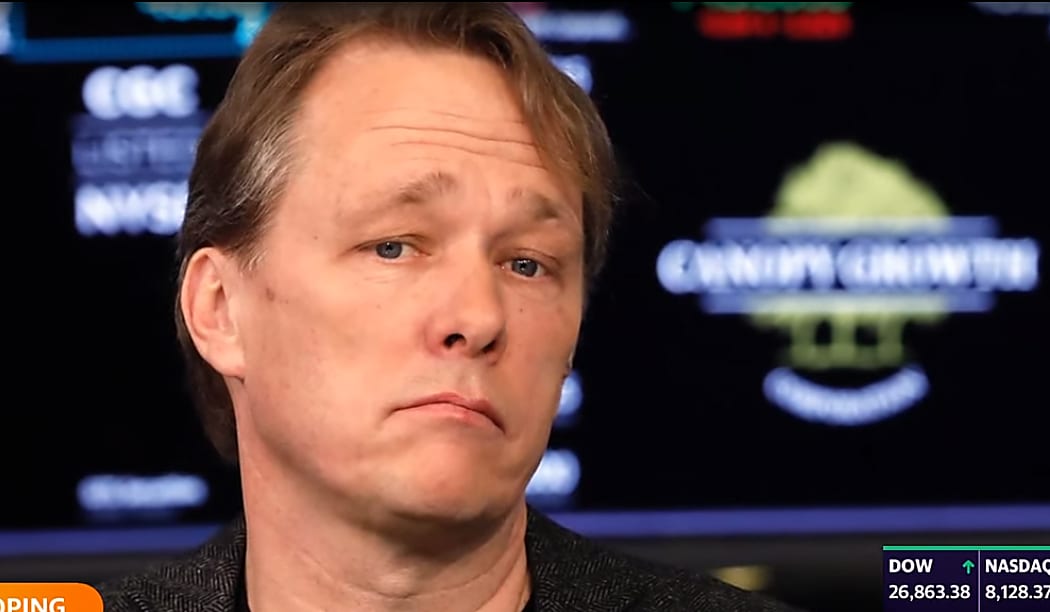 Canopy Growth Corp. surprised the market Wednesday with news that co-chief executive Bruce Linton is stepping down from the company he helped create.

The world’s most valuable pot firm Canopy Growth Corp. (TSX:WEED)(NYSE:CGC) surprised the market Wednesday with news that co-chief executive Bruce Linton is stepping down from the company he helped create. And reactions varied across the industry on how the move will reshape Canopy and change the cannabis space.

Linton spoke to various media outlets after the news broke and clarified he was in fact terminated, but added he has no hard feelings and believes Canopy will still succeed without him.

“If I was 27 I’d probably be pissed off and upset. I’m 52, and this isn’t the first time I’ve been fired for being the entrepreneur after five or six years of creating value. My guess is: [Canopy]’s going to do really well and if it was totally dependent on me, it’s probably screwed anyhow.” 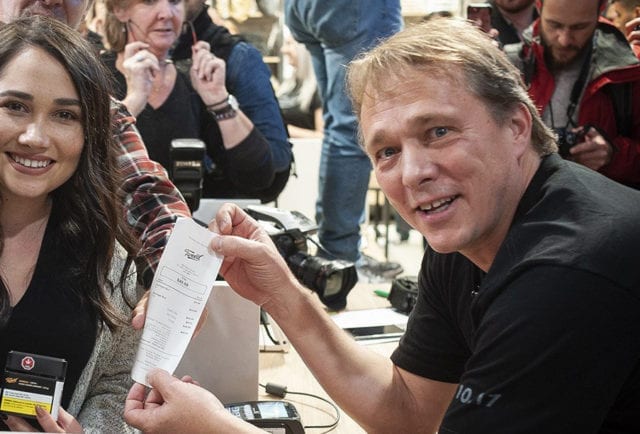 Linton helped create a cannabis powerhouse reining in celebrities such as Snoop Dogg and Martha Stewart while trailblazing the way through the nascent industry signing deals with beverage giant Constellation Brands Inc. and acquiring U.S. multi-state cannabis firm Acreage Holdings. Canopy already controls around one-third of the Canadian legal pot market and has operations in 15 countries.

Co-CEO Mark Zekulin will take over as sole boss while Canopy begins its search for a new leader outside the firm and within. Rade Kovacevic will move from leading the company’s Canadian operations to become its president. And John Bell, a director at Canopy, has been appointed chairman.

Linton is also stepping down as Canopy Rivers’ chairman and director.

Linton’s ouster has ‘Constellation’s fingerprints all over it’

Canopy received a $5 billion investment from Constellation last August giving the alcohol giant around 37 per cent control of the pot company. But recently Constellation said it was “not pleased” when Canopy reported a fourth-quarter loss of $336 million in June, which dragged down the U.S. firm’s bottom line as well.

Analysts and investors are certain Canopy’s mounting losses produced grumblings in Constellation’s board room and among its executives, which holds four out of the seven board seats at the pot firm.

“This looks like to me it’s got Constellation’s fingerprints all over it,” Zechner said in an interview with BNN Bloomberg. “Nowhere did it seem like this guy was ready to depart the company.”

Linton told CBC Radio he knew receiving the large investment from Constellation could lead to his downfall as Canopy matured.

“Probably the reason a person is an active entrepreneur is that they have specific things they want to try and do their way,” Linton said. “At a certain point in time, sometimes that results in people wanting to have less [of an] entrepreneur and maybe more management and less leadership, and so it’s time for a change in their mind.”

Royal Bank of Canada’s Douglas Miehm wrote his analysis on Canopy’s big shuffle in a note:

“Mr. Linton had set relatively high expectations in the market (i.e. $1.0B in F2020 revenues according to a Bloomberg article in April) with underlying operational execution underperforming an already-struggling peer group. Thus, we believe there may have been a disconnect between the near-term execution sought by Constellation at this point and Mr. Linton’s focus on investing for the longer term, often at the expense of short-term performance.”

“It seems that [Wall] Street believes that this was a concerted decision from Constellation, who might want to put a blue chip CEO in Linton’s place,” Bottomley said. “Clearly this is something that came from the newly formed board, because Constellation has a lot of say in how Canopy is run.”

Canopy Growth’s shares fell by five per cent early Wednesday after the news broke, but it ended the day up two per cent as the air cleared.

“I think the main thing that [Wall] Street was afraid of was that Linton was just leaving to liquidate his position in the sector. But that’s not the case,” Bottomley added.

Linton told CNBC he has no intentions on selling his 18 million shares in both Canopy and its subsidiary Canopy Rivers Inc.

Cowen analyst Vivien Azer wrote in a note to investors that Linton’s departure will help Canopy in the long run, which falls in line with how the company’s stock rebounded Wednesday.

“The magnitude of losses for [Canopy] has expanded far more than we had expected, and while we commend Linton for his vision in establishing the world’s leading cannabis company, we believe new leadership will be a welcome change,” Azer said.

“We do not anticipate Zekulin’s transition to sole CEO to prove disruptive, as his role had largely centered on the company’s day-to-day operations. Overall, we view the move as a positive for both [Canopy] and [Constellation] and maintain Outperform ratings on both companies.”

“We applaud Linton’s achievements, but agree a [consumer packaged goods]-focused appointment with large-cap experience would be beneficial.”

“Over the next 18 months we see valuations increasingly driven by financial delivery and those names on inflated multiples that are not able to show improving bottom lines could be at risk of significant de-rating.”

Some support for Linton

“The surprising loss of co-CEO and chairman of the board Bruce Linton is a blow to the company, in our view, and likely creates near-term uncertainty with respect to the company’s leadership and direction.”

“Mr. Linton was generally viewed as a trailblazer and visionary, and was the face of the company. The company does have a deep management team but we still view Mr. Linton’s departure as a meaningful loss.”

We should all give Bruce Linton a round of applause, and shake his hand when we see him. A true pioneer in this sector, with a whole bunch of important achievements & milestones to his credit. He’s made history, and he has reason to be very proud.

But don’t feel sorry for Linton. His personal stake in Canopy is reportedly worth more than $900 million, not to mention he will be in line for a tidy severance package.

Linton said he will work more with two software companies he’s involved with including Martello Technologies, an Ottawa-based firm that develops complex IT products.

He added he will most likely get involved in the cannabis space again, but outside of Canada as he signed an agreement with Canopy that doesn’t allow him to work elsewhere in the Canadian pot industry.

“Not Canada. I’m not permitted, nor interested to participate in Canada,” he said.