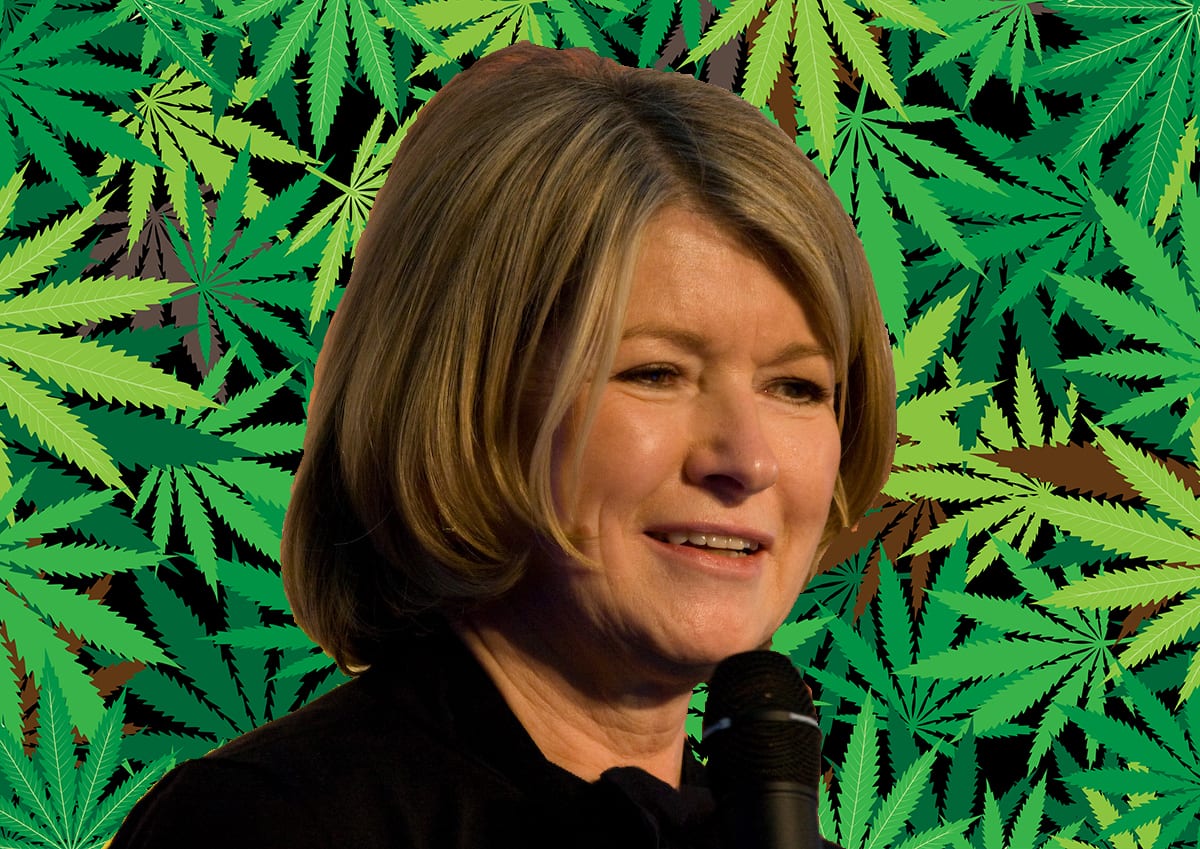 In February, Canadian pot giant Canopy Growth Corp. (TSX:WEED)(NYSE:CGC) announced that Stewart, 77, would join the company as an advisor to develop a broad range of new products, but was scant with specifics. Stewart hinted then she would help create “sensible products for people’s beloved pets.”

“I’ve been experimenting little bit with some of the good products that are available now, I find them very useful and really good for your skin, and I think the anti-inflammatory qualities of some of them are very good.”

As always, Stewart believes ‘it’s a good thing’ to be developing new CBD and hemp products and says the recipe for success she has enjoyed throughout her career could be applied to all every legal cannabis company – to offer quality items at fair prices.

Canopy said it will use Stewart’s wisdom on introducing consumer products while the company explores effective uses for hemp-derived CBD for both humans and animals.

“What we’re trying to do together is, in the U.S. and in Canada and other markets, we’re going to the basics of getting hemp-derived CBD,” said Canopy chairman Bruce Linton, who appeared onstage with Stewart.

“And then we’re looking at how do we put this in products that will assist dogs first in either having diminished anxiety or better mobility.”

Pot-infused edibles will be legal in Canada on Oct. 17, but will be available no sooner than Dec. 16, according to government officials who announced the final regulations for cannabis derivatives last week.

Health Canada warned consumers will only find a “limited selection” by that date due to its tight regulations that will require cannabis licensed producers like Canopy to provide 60 days notice to the agency of their intent to sell new products.

But even with Ottawa’s strict rules, Stewart is confident her brand and extensive knowledge on food preparation will help enhance the edibles industry.

“We have so many recipes,” she said. “Martha Stewart Living has 30,000 or 35,000 original recipes, and those can be adapted with cannabis or CBD or whatever we’re going to use.”

According to a recent report from Deloitte, the new derivatives segment will be worth about $2.7 billion in Canada, with edibles accounting for more than half.

Stewart and Linton were introduced by Calvin Broadus, better known as Snoop Dogg, who also partnered with Canopy to sell his Leafs By Snoop pot brand and hosts a cooking show with Stewart.

Linton said Stewart’s new line of cannabis and CBD edible and pet products will get their own brand name, but it won’t be revealed until later this year.

Stewart apparently gives some of her dogs CBD and also thinks the compound along with cannabis shows potential for senior patients.

“It was such an enlightening thing for me to be able to enter into another new industry,” Martha Stewart said.

Canopy is conducting in-house research trials to explore how the non-intoxicating CBD compound can improve the lives of humans and animals including its effectiveness in treating anxiety. Last December, the U.S. legalized hemp-derived CBD and since then has been touted to treat everything from acne to sleeplessness.