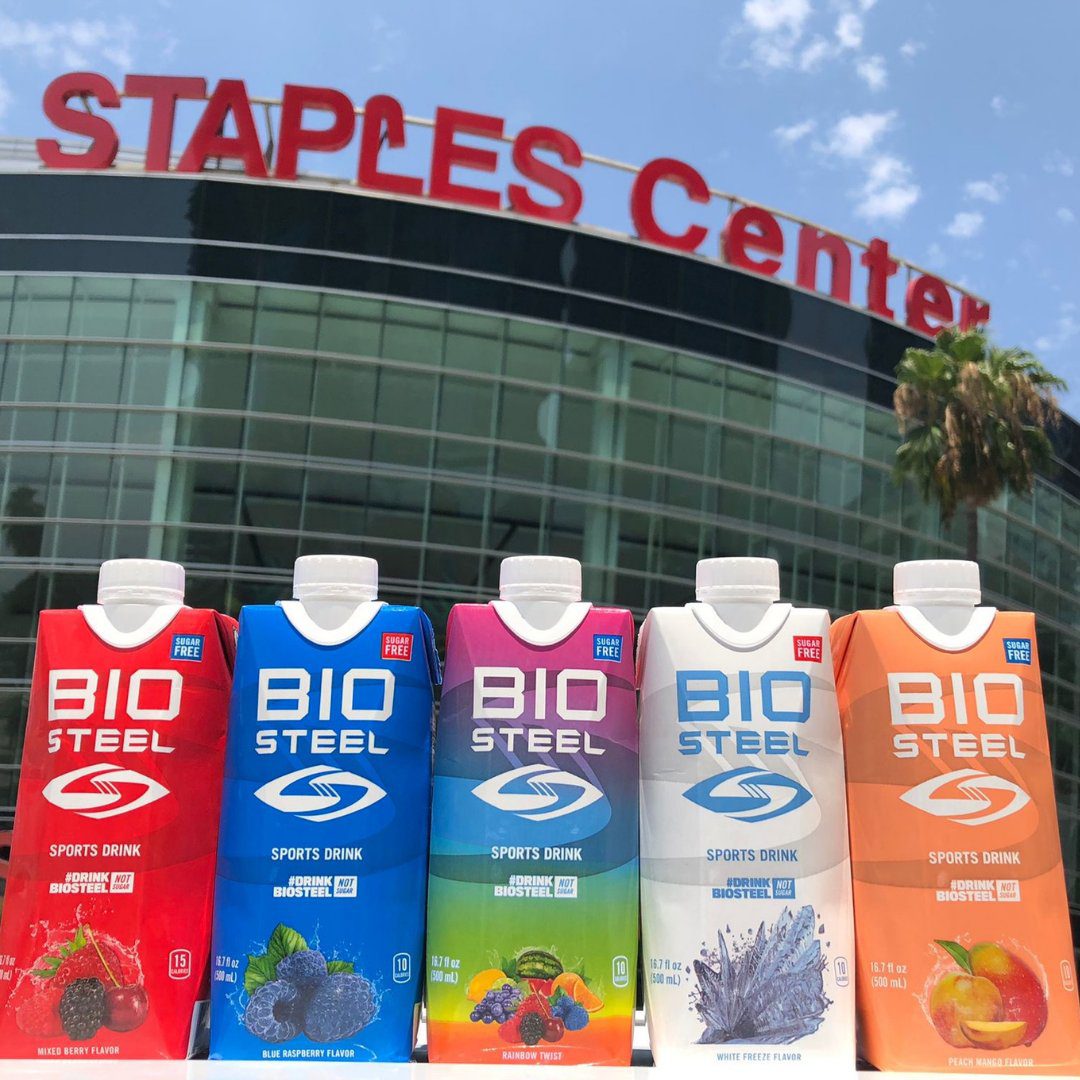 BioSteel's deal with the LA Lakers is the company's ninth sponsorship this year. Image via BioSteel

The multi-year sponsorship announced Wednesday is BioSteel Sports Nutrition Inc.’s ninth sponsorship deal of the year as the company continues to expand its U.S. presence.

BioSteel will be seen on the 17-time NBA champions’ team bench and the brand will be integrated into team bench setups, locker room displays and signage in arenas.

“We are committed to providing our players with the products and tools needed to improve their performance,” said Tim Harris, Lakers president of business operations, in a statement. “With quality clean ingredients and sustainable packaging, BioSteel leads the way in supporting the health and wellness of athletes, which makes them a perfect sponsor for our team. We are thrilled to welcome them to the Lakers.”

A spokesperson for Canopy told Mugglehead that the deal’s price tag and the exact length of the multi-year sponsorship aren’t being disclosed at this time.

BioSteel was founded in 2009 by former NHL player Michael Cammalleri and business partner John Celenza with a focus on nutritious, sugar-free drinks.

“Fans worldwide know the Lakers as one of the most entertaining and storied franchises in all of sports, and we’re excited they’ve chosen BioSteel as their team’s official sports drink,” said Cammalleri, co-CEO and co-founder of BioSteel, in a statement.

For now, the company is focused on its North American sponsorships.