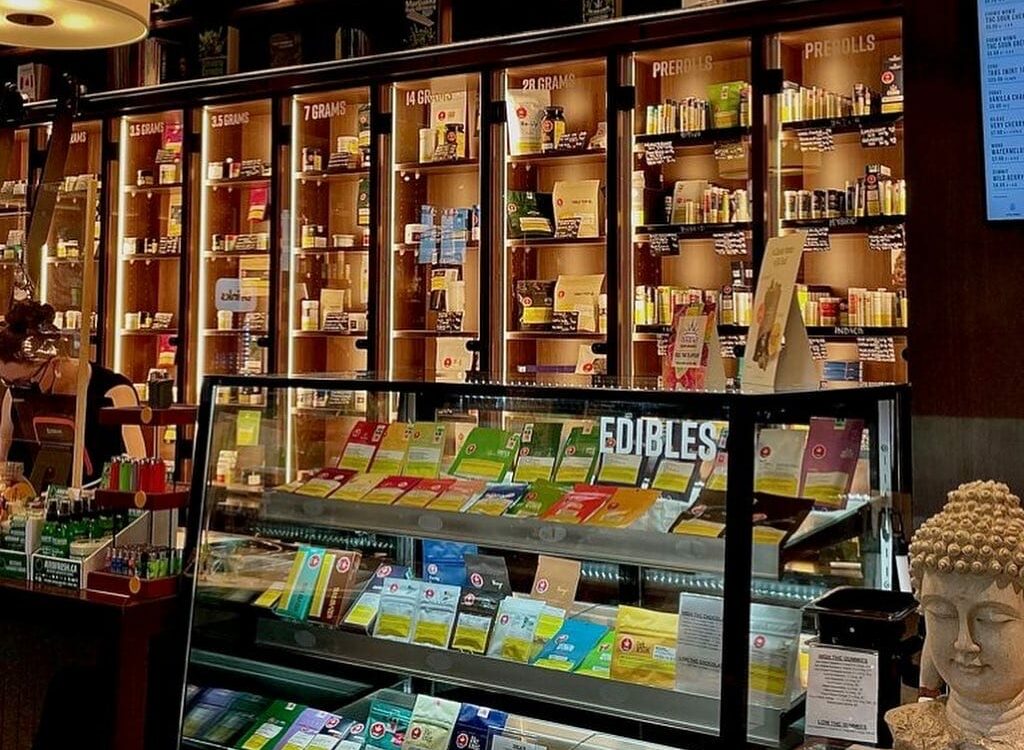 40 per cent of Canadians support pot shops in their communities. Submitted photo

It seems the thought of a neighbourhood pot shop isn’t as daunting to many Canadians as it once was, with a new survey showing how the perception of weed has shifted since legalization.

Weedmaps released the survey conducted by research firm Navigator last week. Results were gathered from an online poll of 2,000 Canadians, of legal age in their provinces. The latest Statistics Canada data was used to get a representative sample of age, gender, region and education.

According to the survey, licensed stores are being viewed in a mostly positive light, with 40 per cent of Canadians in support of brick-and-mortar shops. But 25 per cent said they were against pot shops in their communities.

Familiarity with cannabis stores engenders support and there hasn’t been the same backlash towards new shops, says Bridget Hennessey, VP of government relations for Weedmaps.

Fifty-eight per cent of Canadians believe licensed retailers have been law-abiding members of the community whose presence hasn’t negatively impacted neighbourhoods.

Opinion is divided when it comes to cannabis consumption lounges, which aren’t allowed in Canada. While 37 per cent support such lounges, 32 per cent are against them and 31 per cent are neutral.

Smoking weed and eating edibles are the most common ways to consume cannabis, the survey suggests. About 73 per cent of weed users say they’ve had edibles.

Since the onset of the pandemic in March 2020, all forms of cannabis consumption have gone up.

But a recent study out of Dalhousie University’s Agri-Food Analytics Lab showed Canadians’ appetite for edibles has been declining since legalization.

While residents get used to the idea of local weed stores, some city councils are revisiting their cannabis policies.

West Vancouver and Delta in British Columbia changed their stance on keeping weed stores out of the communities this year.

Meanwhile, Kelowna voted in favour of allowing more pot shops in the downtown core this week, even though the applications went against the city’s current policies.

One city councillor in support of more stores argued there aren’t enough, noting more shops were needed to support the local and tourism economies.

Existing retailers, however, contested the idea, saying too many pot shops would saturate the market and push competition in a negative direction.

The concern of “clustering” pot shops has been raised in Alberta, Ontario and in Manitoba’s capital city of Winnipeg, where council has requested staff look into the issue and report back.

In Mississauga, Ont., clustering was enough of a concern that city council voted down allowing pot shops at all.

Even though pot shops aren’t as stigmatized, the survey shows Canadians are split on how they feel about the legal market. While 35 per cent of people expressed a positive perception of it, 32 per cent felt negatively toward the regulated sector.

But legalization overall is supported by 53 per cent of Canadians, compared to 24 per cent in opposition.

More than half (55 per cent) of Canadians said their opinion of weed hasn’t changed since legalization. For those who have changed their mind about cannabis, far more (35 per cent) reported an increase in support than those who thought less of it now (10 per cent).

Overall, weed is mostly being bought from legal stores with 30 per cent of Canadians saying they’ve made a legal purchase and 10 per cent saying they’ve bought weed from an illicit source since legalization.

Cost and access are cited as barriers to the legal markets in the survey, which shows only 7 per cent of people buying weed will only purchase from illicit sources.