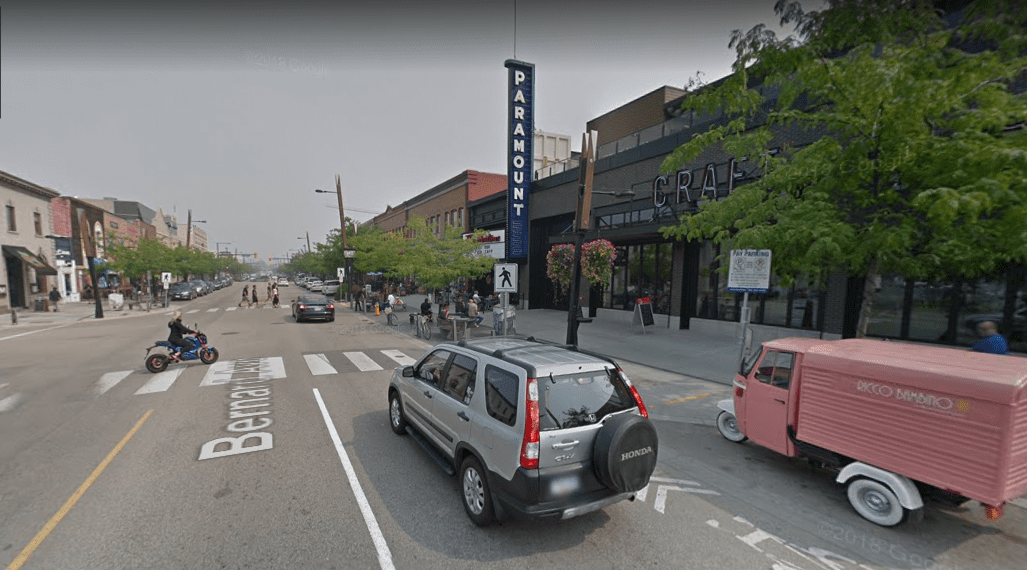 Kelowna has given the green light for two more pot shops to open downtown despite other cannabis retailers in the neighbourhood insisting it’s a bad idea.

On Tuesday night, city council approved rezoning applications for two cannabis stores in the downtown area in a move that goes against their policies and staff recommendations on the matter.

Council had previously noted a deficit of pot shops and concern over access.

Those with stores about to open in the same neighbourhood challenge a “free market” approach to cannabis retail, citing concerns that too many stores in the downtown area will encourage unhealthy competition. Opposition to the rezoning applications argued in favour of strict bylaws to avoid “clustering” of pot shops.

Two stores are slated to open downtown in August, with another in the fall, and pot shops are allowed to deliver in B.C.

“When it comes to Kelowna, I feel like we do have a gap,” Coun. Ryan Donn said at Tuesday’s meeting when he explained more stores are beneficial for the local and tourist economy. “I feel like I would rather have more competition in downtown Kelowna because we haven’t seen enough service to the public.”

“This is life savings going into this,” he said during Tuesday’s public hearing. “It’s very disheartening if we run into an oversaturation situation, which we do see in certain communities in the province.”

Unlike liquor stores, which must be one kilometre apart under provincial rules, it’s up to municipalities to determine the amount of space between pot shops.

Last month, Kelowna approved rezoning applications for Hemp City and Green Pineapple, both on Bernard Avenue, and sent the applications to public hearing.

City staff noted the proposed locations would be within 500 metres of already approved pot shops and within 150 metres of Kasugai Gardens, contrary to the city’s policy for cannabis stores.

Kayleigh Donahue, Kiaro’s VP of business development and licensing, acknowledges there has been a delay for already approved stores to open since it’s a lengthy process.

“It seemed like there was not enough information for city councillors about the progress that the applications that had already been resolved have been making towards opening. So that was disappointing,” she told Mugglehead by phone before the meeting.

Kiaro expects to open its doors on Pandosy Street in August around the same time Kelo Cannabis will open, while Fire and Flower’s Bernard Avenue location will be completed by the end of summer.

Donahue points out stores in B.C. carry a lot of the same products because it comes from government-regulated sources. With less room to stand out, she says there’s risk of saturating the market and fuelling “severe” competition.

“Clustering is a risk for businesses that may become desperate and look to non-compliance as a way to compete against their peers because they are under so many limitations already.”

Donahue describes Kelowna as being on “the cusp” of oversaturation, arguing more stores will push it over.

However, as noted in a letter included in the council agenda, the proximity of Green Pineapple’s proposed location to other stores isn’t as short as it seems.

“This approved site is approximately 266 [metres] from the proposed site of 266 Bernard Ave, as the crow flies. However, the actual walking distance is over 380m as it is almost four city blocks away, two up and two over,” writes Krista Lusted, Green Pineapple’s director of operations.

It’s been a long and “incredibly uncertain” road for Green Pineapple, Lusted says, but she’s thrilled to finally have approval. Given Kelowna’s high level of foot traffic downtown and residential high rises going in, Lusted isn’t concerned about competition.

“I think that there’s going to be a natural ability for every store to serve their own subset sector,” she tells Mugglehead by phone. “There’s going to be enough customers to go around because people are still discovering cannabis, and we’re still pulling from the black market.

Support pours in for new stores in downtown

“With a fantastic business location, industry knowledge and consistently high level of rapport, Lee’s vision could represent the best of what a local cannabis dispensary should look like,” said one speaker who had known Schurian for a decade. “Many of my peers would also welcome having a smaller, independent cannabis business to purchase products from downtown.”

That same speaker supported the idea of an “open market” to promote healthy competition.

Another speaker in support of Hemp City considered the fear of clustering to be “blown out of proportion.”

“It’s not going to be pot central,” said a man, slightly out of breath because he ran down to council to voice his opinion after not being able to join the hearing electronically. “Even if it is, it’s legal.”

A petition of support for Hemp City garnered hundreds of signatures.

Update (2021-8-3): This article has been updated to include comment from Green Pineapple.