Next week, West Vancouver council will receive its first batch of applications for cannabis retail in the district.

At a meeting on May 31, council members of the B.C. municipality voted to approve an interim policy that outlines how weed stores can operate legally within district borders.

Council also passed a motion that the initial batch of applications be brought to council for consideration by June 30.

As stated in the policy, a maximum four stores will be approved, and only one per commercial hub.

The stores have to be a minimum of 100 metres away from schools, and have a maximum eight-metre store frontage.

According to a staff report, “The current applications meet the locational criteria of the draft policy.” But as only four stores can be approved, one won’t make the cut.

A spokesperson for the district tells Mugglehead that the applicants are La Canapa Boutique, Envy Cannabis, Weather Cannabis, Isle Cannabis and Avenue. 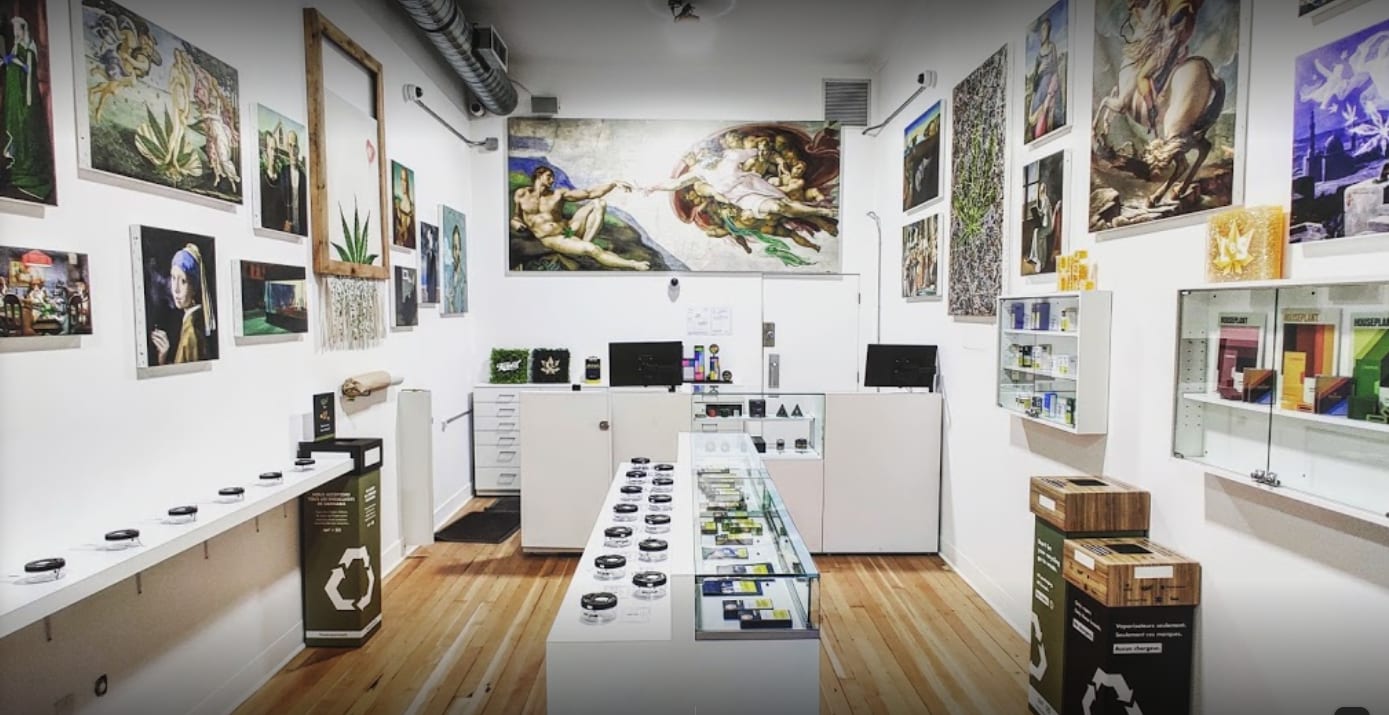 If a cannabis store receives final approval from the provincial Liquor and Cannabis Regulation Branch, it will pay an annual business licence fee of $5,000 to the municipality.

TUPs expire after three years, after which an operator can apply for renewal.

Municipalities like the District of North Vancouver, New Westminster and Port Coquitlam have gone the route of issuing TUPs or what’s called “site-specific” zoning. Others like the City of Vancouver have added cannabis retail use to commercial zones.

‘West Vancouver has taken a cautious approach’ to cannabis retail

The district, home to one of the wealthiest and oldest populaces in Canada, voted ahead of federal legalization in 2018 to restrict all cannabis commerce.

Since then, “Retail stores have opened across the Lower Mainland, but the District of West Vancouver has taken a cautious approach,” reads a statement.

Coun. Craig Cameron describes the process as being “quite long,” but says there was value in seeing how other municipalities fared.

“I have significant concerns about retail cannabis being diverted to youth in West Van,” he said in an email. “I know they are already able to access cannabis and I know the retail product is high quality but I fear that legal cannabis will increase the supply and I know from personal experience how destructive it can be for some teenagers.”

From March 29–April 12 this year, district staff asked the public for comment on the draft interim policy.

Feedback from the consultation was mostly positive, with 65 per cent of respondents supporting the policy or a modified version of it and only 28 per cent opposed to cannabis stores altogether. 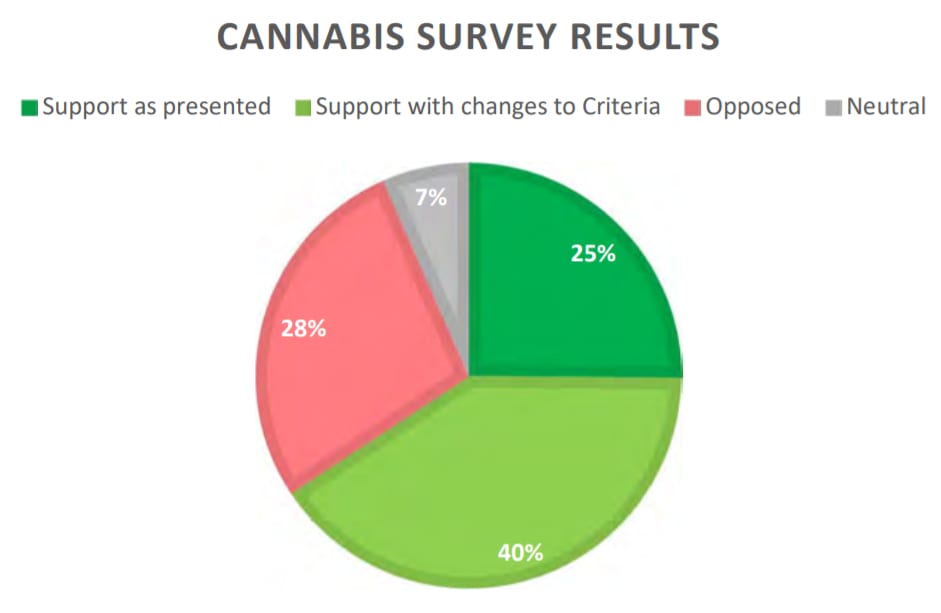 Proposed suggestions to the interim policy include increasing the separation distance between stores or removing the criteria altogether; comments to decrease the frontage restriction or remove it altogether; and suggestions to limiting cannabis retail to one store at Park Royal shopping centre. Chart via District of West Vancouver

Some of the “reoccurring themes” from the comments include: “cannabis is legal — time to get on with it and end the stigma;” “it is better to have legal cannabis stores than to have it sold illegally;” “cannabis retail should be treated and managed like B.C. liquor stores.”

However, despite residents thinking cannabis should be treated like liquor stores, pot shops pay significantly higher fees. Compared to the $10,000 for the combined TUP application and business licence, liquor stores pay just $76.50 for up to a 750-square-foot space plus $47.50 for every additional 1,000 square feet up to 10,750 square feet.

Cameron acknowledges that his district is treating cannabis and alcohol establishments differently, and “that isn’t really justified.”

“The fees should be similar, though I note that the cannabis rules are new and have taken staff time to process, whereas the liquor rules are not and haven’t.”

Actually, West Van weed stores will pay a relatively low fee. The City of Victoria charges a one-time rezoning fee of $7,500 and an annual licensing fee of $5,000; Ontario charges $10,750 upfront for an Ontario Retail Operator Licence, and then a $3,000 annual fee; and Vancouver charges the highest fee in Canada at around $35,750 per year.

Vancouver city council voted in February to review the fee, and is expected to reduce it by up to tens of thousands of dollars.

Calling its policy “interim” indicates the intention of future review, the district says.

“Staff are proposing to apply the policy on an interim basis (for a proposed period of three years) so that they can gain information and actual experience, then report back to council with further evaluation and recommendations.”