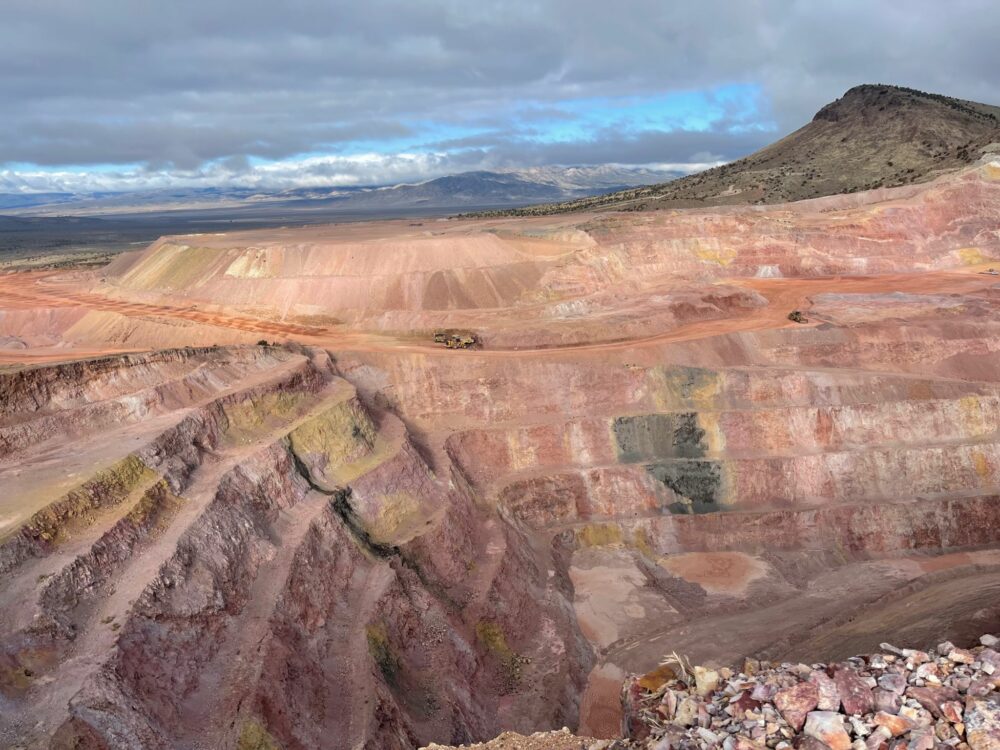 This is part of the company’s 85,000 metre resource expansion and discovery drilling program. The company anticipates the high grade mineralization in the main gold shoot will lead to a maiden resource in Q1, 2023.

“I continue to be very encouraged by the drill program at Panteon North. Since the discovery was announced on May 16, 2022, we have been able to continue to identify bonanza grade mineralization along what is now a well-defined gold-shoot spanning 400 metres along strike and over 200 metres down-dip,” said Darren Hall, CEO and president of Calibre Mining.

Also, several holes in the company’s Panteon geophysical corridor step out drilling have been completed. This spate of drilling was to test a gold bearing structure the company located in June. Now with assays pending, the multi-kilometre versatile time domain electromagnetic (VTEM) surveyed corridor sports excellent potential for high-grade discoveries.

High-grade drill results from a discovery made in May of this year include:

Jurisdictions in the United States and beyond

The company acquired Fiore Gold and gained a 100 per cent controlling interest in Fiore’s Pan Mine, a producing heap leach gold operation. The operation is located in White Pine County, Nevada in the Battle Mountain-Eureka gold trend. Along with the Pan Mine, Fiore owned and controlled the Gold Rock Project and the past producing Illipah Gold Project in Nevada, as well as the Golden Eagle project in Washington State.

Nevada is one of the world’s premier gold mining jurisdictions responsible for a full 73 per cent of US gold production, and the fifth largest global producer. Specifically, the Pan Gold Mine was established in 2018 with a solid production base. In the past two years, the first drill results showed the potential to extend the mine’s life, while the drill program focused on resource conversion and expansion.

The Pan Gold Mine offers significant exploration potential across a 43 kilometre land package. It involves the use of multiple rigs, over 50,000 metres of resource expansion and discovery drilling underway closest to known resources.  Also, numerous results from multiple different drill targets detail the potential for expansion. 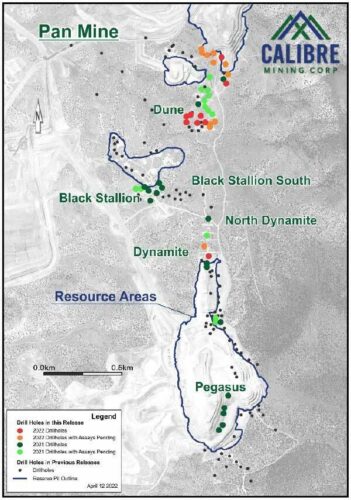 The Gold Rock Project, which is located 13 kilometres from the Pan property, is federally permitted for development with a strong preliminary economic assessment (PEA) and strong exploration potential. All in sustaining costs (AISC) are $1,006 per ounce, with a 6.5 year mine life, and 56 kilo-ounces (koz) average annual production. 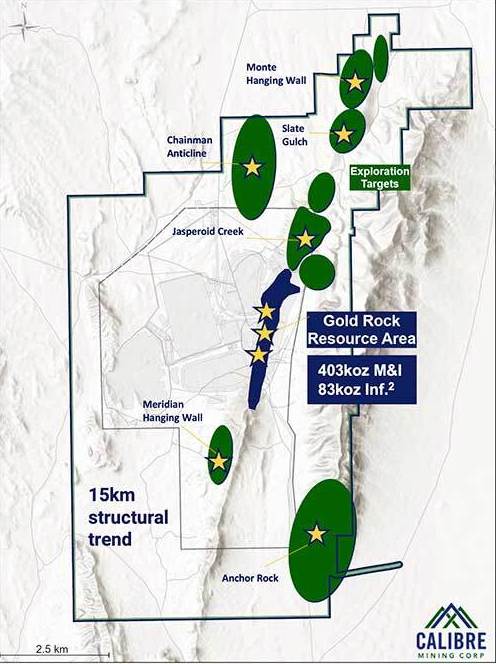 The project presents with three targets

Finally, the Illipah exploration, which is 16 square kilometres of underexplored property at the southern end of the Carlin Trent and represents a significant opportunity for future expansion.

Calibre picked up some mining property in Washington State as part of its acquisition of Fiore Gold. 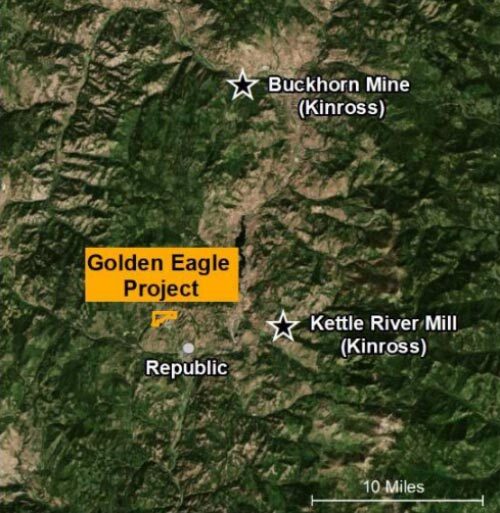 Golden Eagle is a top 10 US gold resource outside of the major and intermediate producers, with a historically mining friendly Republic district with over 4 million ounces (Mozs) of historical production. This includes both Kinross’ Buckhorn and Kettle River mines.

There’s also the potential for strong regional synergy. Hecla Mining is pushing economic studies on a nearby property and the Kettle River Mill is 10 kilometres away by road.

Calibre’s holdings in Nicaragua have an established operating history. Both the Limon and Libertad are prolific mining districts that have drawn over 7.7 million ounces (Moz) of combined gold endowment. As independent operations, the two districts have pulled in 5.5 Mozs of past production and Calibre continues to use them to deliver quarter over quarter. It also has increased gold reserves by over 254 per cent.

The operating strategy here is simple. The company intends to reduce bottlenecking operations and de-orphan satellite deposits. It presently has 2.7 million tonnes of total installed mill capacity with 70 per cent utilized, and presents with strong infrastructure, with highway haulage costs of under USD$0.11 per tonne-kilometre. That also indicates a quick turnaround from exploration to actual production.

There is room for significant growth here. The Pavon North section received a permit for its plant in less than 18 months. It’s also introducing its Advancing Eastern Borosi sector as the next mining spoke, and anticipates permits coming in early 2023. Finally, the company has made discoveries in Limon, Atravesada, Panteon, Libertad: Tranca and Volcan. It also has 85 kilometers of exploratory drilling already underway. 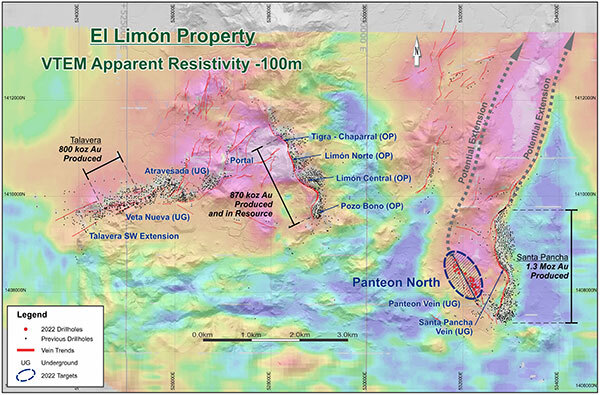 The El Limon Property bears a historical pedigree as it has produced over 3.5 million ounces since the early 1940s. Its 2022 focus has shifted from conversion to confidence to expansion and discovery, and since Q4, 2019, the company has found three new zones. Now multiple new targets have been outlined through multiple layers of science, measurement and analysis.

Four rigs are presently in operation on new targets, including Panteon North and Talaveras extension. The company intends on mobilizing a fifth in August.

Here’s what the drill results show before today

Calibre Mining is led by a team with multiple decades of experience in this sector and others adjacent to it. 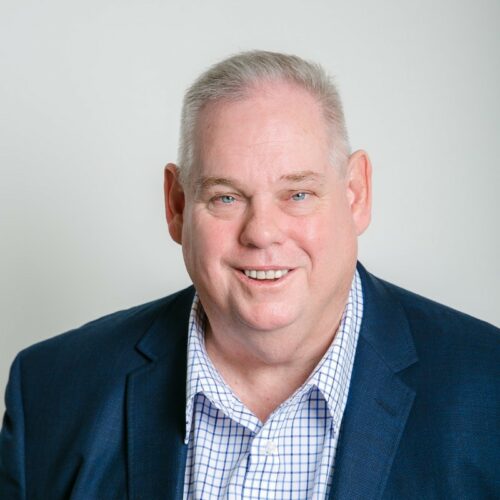 Darren Hall has been the CEO of Calibre Mining for four years, and has been an operating executive in the mining industry for over 35 years. He’s searched for multiple different commodities in different countries, including Australia, North America, Latin America and Asia. His principle focus is on safety leadership and technical excellence, delivering against strategic objectives and meeting business plan commitments.

First and foremost, Calibre has a $391 million market cap. It also sports a $65.5 million dollar cash position, which is more than enough runway to fuel not only its present operations but take advantage of opportunities should any arise. For total assets, it has $643 million in the assets column offset by $208 million in liabilities, making for a total shareholders value of just under $435 million.

Shareholders equity is important because it’s a measure of a company’s net worth or the total dollar amount available to its shareholders if the company were to be liquidated tomorrow. It represents the owners residual claim on assets after all of its debts were satisfied.

Beyond that, the company possesses a price to earnings ratio of $6.214286, which is about average for a company this size. The PE ratio shows the dollar amount an investor can anticipate investing to get a $1 return on that company’s earnings. Typically this is at the low-end but still acceptable because it represents significant room for development and growth. 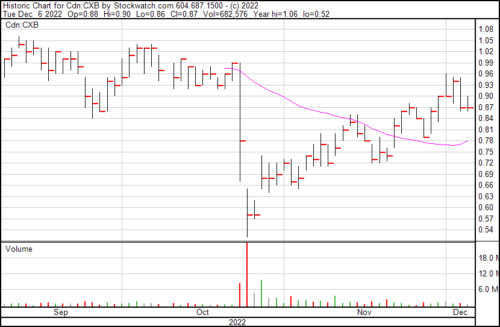