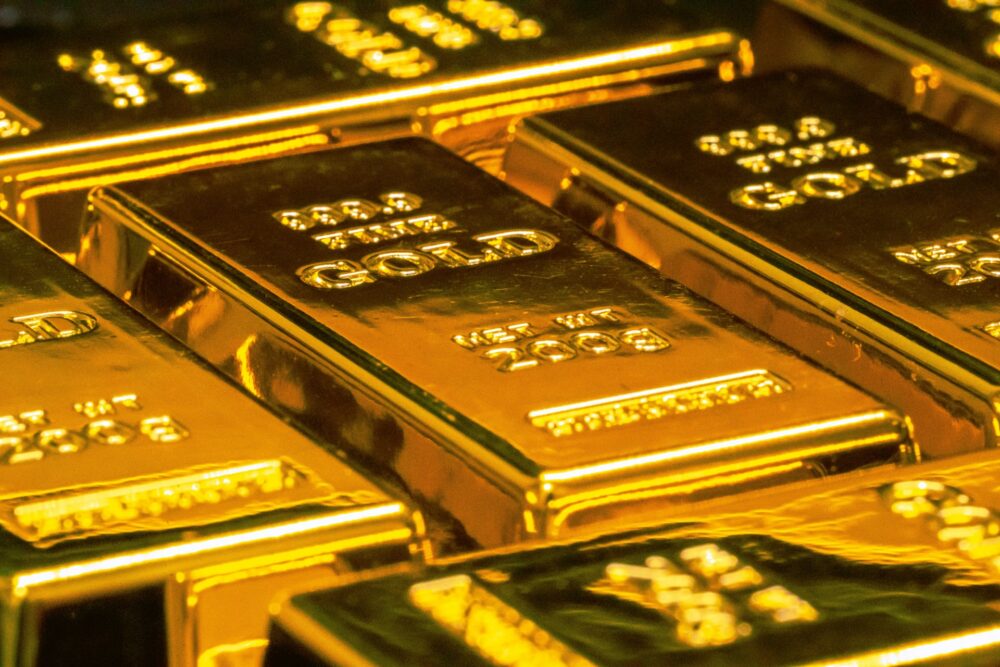 Photo by Jingming Pan via Unsplash

Gold has always been with us. Regardless of what the Bitcoin aficionados may tell you, there’s no substitute for it. It’s where investors hide their money when the dollar takes a hit. It shows up in dentistry, electronics, medicine and aerospace. It’s also one of the precious metals that mingles significant cultural relevance with utility.

Whether it be emerging junior’s like Calibre Mining (TSX:CXB) or large gold multinationals like Newmont Corporation (TSX:NGT), it should be welcome in any portfolio.

Here’s a handful of companies making moves in the space.

“What we find exciting about this discovery is that the host rock of these veins is very different than the host rock for 98 per cent of Grey Fox’s estimated gold resources of 1.2 million ounces Indicated and 240,000 ounces Inferred,” said Stephen McGibbon, senior vice president of exploration.

The new veins were discovered in sparsely explored sedimentary rocks. According to McGibbon, these rocks bear significant resemblance to the bold bearing host rock the company found in its Froome mine, which is three miles north of Grey Fox. It’s also some of the important host rocks of some of the largest gold mines in Timmins, like Newmont Mining’s Parmour, Hollinger and Dome mines.

McEwen Mining produces gold and silver in its operations in Nevada, Canada, Mexico and Argentina. It owns 68 per cent of McEwen Copper, which owns the Los Azules copper project in Argentina.

Gold zones are stacked parallel to a southeast-trending regional curve point called a flexure in the Destor-Porcupine Fault Zone at Grey Fox. The feature is associated with approximately 3.5 million ounces of gold in the immediate area.

The company drilled hole 21GF-1333 in 2021 and assayed 5.6 g/t gold over 10.2 meters in sediments, and 250 meters to the southwest, hole 21GF-1356 assayed 5.2 g/t gold over 3.1 meters core length also in sediments. Five drills holes from this years program have discovered high-intercepts or visible gold outside the boundary of the company’s existing gold resources.

These results appear to be on strike and have opened a large corridor of prospective ground. Interpreted dimensions of the Gibson area extent at least 475 meters along strike and at least 300 meters deep. That represents a significant future opportunity for the company for 2023.

Highlights of the results include:

Note: All holes were drilled at angles of -45 to -90 degrees at azimuths designed to intersect targeted structures as nearly as possible to perpendicular when possible. Some drill holes and intercepts reported here did not cross mineralization perpendicularly, and do not represent exact ‘true widths’.

Calibre is a Canadian-listed, Americas focused, growing mid-tier gold producer with a strong pipeline of development and exploration opportunities across Nevada and Washington in the USA, and Nicaragua. It’s management has delivered shareholder value, time and time again.

The company has expanded the mineralization footprint outside the Surluga Deposit. It’s also quantified the additional gold bearing structures on the property. This validates the presence of a large gold system on the Wawa Gold Project.

“Our drill campaigns from 2021 to 2022 continue to deliver significant intersections at the Wawa Gold Project. The results demonstrate the potential to increase the size of the existing resource on the project with continued exploration,” said Quentin Yarie, president and CEO of Red Pine Exploration.

Red Pine Exploration is a Canadian-based precious metals explorer from Toronto. It identifies, acquires and develops properties in Ontario. The company’s flagship project is The Wawa Gold Project, in the Michipicoten Greenstone Belt of Ontario. It has been the subject of some major investment by several producers in the past half-decade. It’s over 6,900 hectares and includes numerous historic gold mines.

There are also indications that a sizeable mineralized system with intrusion-related gold overprinted with orogogenic mineralization is west of the Jubilee Shear Zone. An intrusion is a body of rock created under intense heat that has crystallized from molten magma, and orogogenic refers to a zone of the Earth’s crust affected by orogeny, or the principle pressure effect of plates pushing together.

Finally, the Surluga South target, wherein the company proved gold mineralization extends at least 600 meters away from the present boundary at the resource of the Surluga Deposit in the Jubilee Shear Zone. Hole designation SD-22-371 pulled in 2.69 g/t gold over 4.01 meters including 8.48 g/t gold over a 1.15 meter core length.

Earlier this week, Orford Mining Corporation (TSXV:ORM) completed its helicopter airborne electromagnetic survey on its Joutel Eagle Gold Property along the historical Eagle-Telbel Mine Trend in the Abitibi Greenstone belt.

Electromagnetic surveys are used from both the air and the ground. It’s a common methods used in mineral exploration, because it’s proficient in direct detection and conductive sulfide deposits. It finds metals in the ground based on conductivity contrasts between orebodies and regular rock.

The results will help the company fine tune the 2,000 metre drill program its starting in 2023.

“We are looking forward to testing the continuity of the South Gold Zone which was intersected in the 2022 drilling and to extend its strike. The 2023 drilling has the potential to outline a near-surface gold mineralized body that could be open pittable,” said David Christie, president and CEO of Orford.

Orford is a gold explorer working in underexplored area in Northern Quebec. Its assets are in the Cape Smith Belt in the Nunavik region and the Joutel region of the Abitibi district.

The Jouttel Eagle Property is to the northeast of Agnico Eagle’s past producing Eagle-Telbel operation. It covers 11 kilometres of the Casa Berardi structural zone south splay (CBSZ) which has been the subject of prior gold exploration. Together, with the company’s McClure East property, Orford has over 17 kilometres coverage on the CBSZ.

The three hole drill program the company finished in the spring confirmed the location of near-surface historical gold. It returned grades of up to 14.7 g/t gold over 0.64 meters within an interval of 1.11 g/t gold over 20.64 meters.

An upcoming drill program in January will focus on the south gold zone and consist of 10 holes.

Americas Gold and Silver gets back to work

The Ontario Superior Court of Justice ruled that the lawsuit brought against Americas Gold and Silver (TSX:USA) and its CEO in the summer of 2021 cannot proceed.

The action sought damages relating to the company’s public disclosure about its Relief Canyon mine. More specifically, it involved alleged misrepresentations about construction, operations, and production at the Pershing County, Nevada gold mine.

The plaintiff failed to present enough evidence. Also, the court refused the plaintiff’s motion to prosecute the claims as a class proceeding.

There will be no appeal.

“I am extremely pleased that the court determined that the plaintiff’s action could not proceed and that the company can move forward to focus on value creation from our large silver-rich resource base,” said Americas president and chief executive officer Darren Blasutti. “In addition, with new collective bargaining agreements for unionized workers at the Galena complex and Cosala, the operations should benefit from stable operations during a period of forecasted production growth.

Now that that chapter is closed, the company is looking forward to getting back to work. Its announced that its Galena complex and its unionized workers have ratified a three-year collective bargaining agreement. These agreements support stable operations during high production growth periods.

Americas Gold and Silver anticipates a strong finish to Q4 2022.

Hawkmoon Resources appoints a project geologist and a director

Hawkmoon Resources (CSE:HM) board of directors appointed Dr. Olga Ankindinova as a director and project geologist and technical advisor.

Dr. Ankindinova holds a Bachelor’s in Geology and a Masters in Marine Geology focusing on stream sediment transport and accumulation. Her Ph.D project focused on High-Resolution Sequence Stratigraphy of world’s largest anoxic basin. It also included work with geological, geochemical, and geophysical datasets.

She published previously in Marine Geology and Paleo3 journals, and has presented at both national and international conferences.

“Her comprehensive understanding of Hawkmoon’s new Barriere and Gilnockie projects is a significant advantage to the Company. Dr. Ankindinova is passionate about solving complex geological problems and paleo-reconstructions. She was twice awarded the Chevron Canada Rising Star Award,” said Branden Haynes, CEO of Hawkmoon.

The company has taken on some new projects recently. Hawkmoon sold its portion of the Lava Gold Project in Quebec to Elysium Capital for $50K in cash and shares. It will get these shares when Elysian goes public. Hawkmoon used the cash to buy interest in both the Barriere and Gilnockie projects for $42,144 and $21,425, respectively.

Hawkmoon is a Canadian-based junior explorer working in the Abitibi Greenstone Belt. Its flagship project is The Wilson Gold Project. It can be accessed by government maintained roads and is close to the town of Lebel-sur-Quevillon.

The recently acquired Barriere project has 32.5 square kilometres of mineral claims located 45 minutes north of Kamloops and seven kilometres west of North Barriere Lake. It’s highly accessible thanks to the all-weather roads and forestry service roads, and well maintained in the summer. The area has been subject to exploration over the past four decades. It hosts several sulphide and polymetallic deposits, some of which have come small scale workings in the early 1900s.

The company’s other acquisition, The Gilnockie Project, covers a land package in southeastern British Columbia that’s a prospect for copper deposits.  It’s accessible via the large network or roads and trails.

“Hawkmoon has historically focused exclusively on gold exploration in Quebec. In particular, the Company found success with its Wilson Gold Project but has since determined that expanding its scope to include other minerals and jurisdictions makes sense at this time. Hawkmoon is excited to work and develop both of these new projects with guidance from Dr. Ankindinova,” said Haynes.