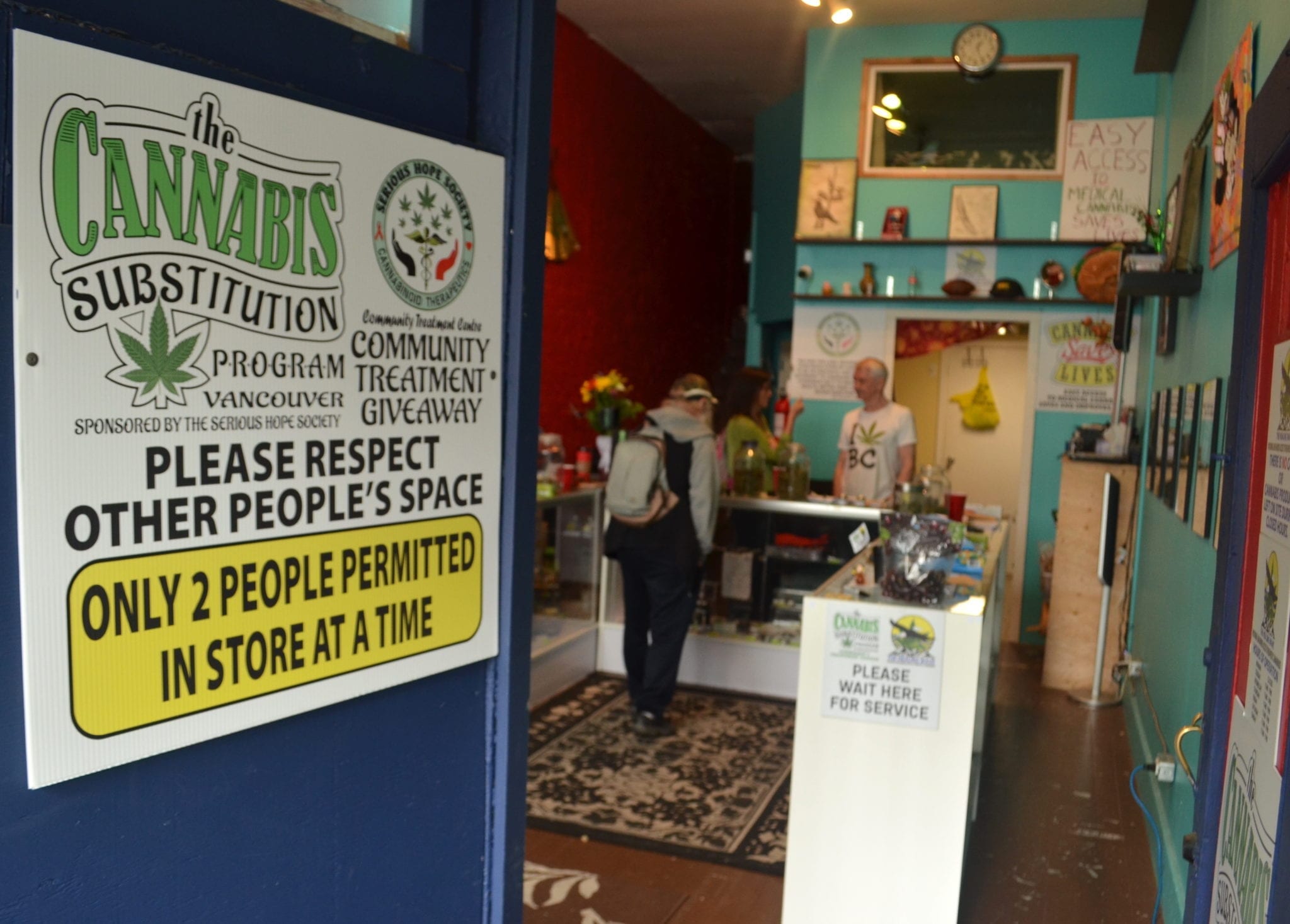 Despite a grim record of 1,716 overdose deaths in the province last year, and a growing body of evidence showing cannabis is an effective harm-reduction tool, statements from B.C. officials suggest that cannabis won’t be included in a months-delayed list of alternative drugs intended to curb the crisis.

“We know the pandemic has only made the street drug supply in B.C. more toxic than ever, putting people who use drugs at extremely high risk for overdose,” she said. “Giving physicians and nurse practitioners the ability to prescribe safer pharmaceutical alternatives has been critical to saving lives and linking more people to treatment and other health and social services.”

The order authorized registered nurses and psychiatric nurses to prescribe pharmaceutical alternatives to street drugs to help separate more people from the poisoned supply, to save lives while providing opportunities for ongoing care, treatment and support.

Despite stating that “the policy directive is being urgently finalized and is expected to be released as soon as possible,” the Ministry of Mental Health and Addictions told Mugglehead in September that new clinical guidance for expanded access to safer pharmaceutical alternatives was being developed and would be “reviewed by stakeholders and partners with targeted completion for as early as late October.”

But as the number of overdose-related fatalities continue to outpace Covid-related deaths, this potentially life-saving guidance still hasn’t been published.

“Work on B.C.’s new policy to prescribe safe supply is actively underway. This work has proven to be highly complex, involving many aspects of B.C.’s health care system,” the ministry said in an email statement this week. “Patient safety is being prioritized every step of the way, as well as ensuring practitioners get the tools they need to prescribe safely and with confidence. Our goal is to do this ground-breaking work well and get it right, so it works for patients and prescribers.”

According to the release, part of the order was designed to expand the types of medications that can be prescribed and dispensed by doctors, pharmacists and nurses.

Considering a host of research in recent years that shows cannabis can improve health outcomes for people who use harder street drugs, Mugglehead asked the ministry if it’s considering including it on the expanded list.

“At this time, the list of drugs included in the new guidance is not yet finalized; however, our primary focus is on prescribed opioid alternatives,” reads the statement. “While there is some promising early evidence of cannabis use for harm reduction, more work is required to document the benefits. The Ministry of Mental Health and Addictions will continue to monitor this area of research as it grows and is open to incorporating new approaches for harm reduction in future, based on established, evidence-based best practice.”

However, experts say that evidence is clear and compelling for cannabis as a harm-reduction tool. In light of the well-known harms associated with both prescription and non-prescription opioid use and the relative safety of cannabis, they say there’s little justification for not using it to help combat the overdose crisis.

‘A serious dereliction of duty’

The proof of cannabis as a harm-reduction tool has been in for a long time now with numerous studies to back it up, says Neil Magnuson, founder of the Cannabis Substitution Project in Vancouver.

“Every harm-reduction group in the city well aware of its value. It should be easily available and it should never have been criminalized in the first place,” the long-time activist argues. 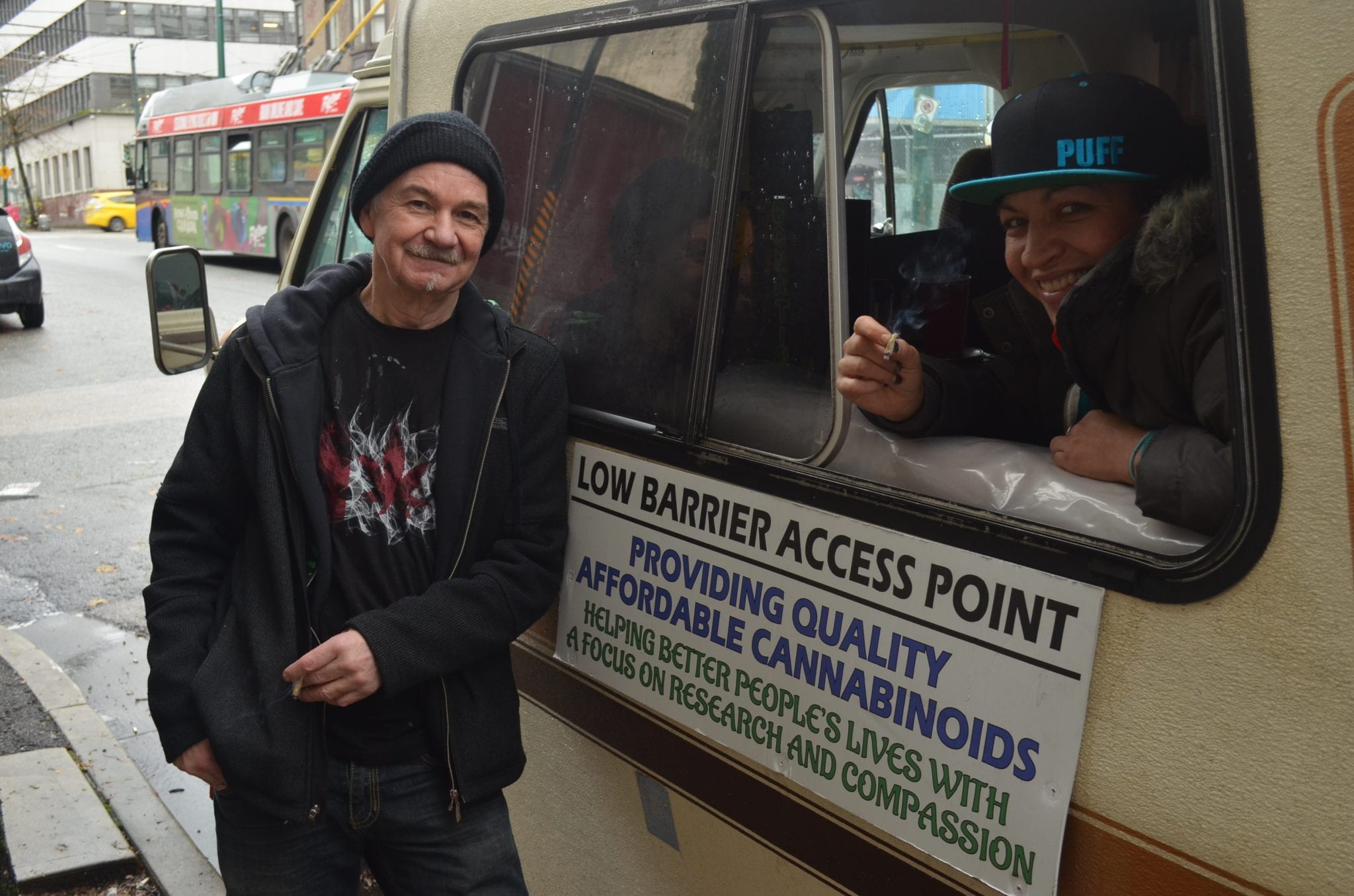 Cannabis Substitution Project founder Neil Magnuson (left) asks why no officials have approached him to research his society’s efforts.

The society offers low-barrier cannabis to help people reduce their use of, or substitute for, more dangerous drugs. It’s an initiative that has the support of city councillors Rebecca Bligh and Jean Swanson, the B.C. Centre on Substance Use, University of British Columbia researcher M-J Milloy, UBC professor Zachary Walsh and numerous organizations in the neighbourhood.

However, the CSP was evicted from its East Vancouver storefront last October, and Vancouver police seized 5,700 grams of product from the society in November.

While the CSP submitted an emergency application for an exemption from the Cannabis Act, and was told in December that the exemption would be processed by early January, Magnuson says he hasn’t received a response from the authorities.

“If more research is needed, why have they not researched what we have been doing for over 4 years?,” Magnuson asks.

“No one from their office has ever come and seen us” he said in response to the health and addiction ministry’s statement on the lack of cannabis research. “A serious dereliction of their duty to be sure.”

Without a licence to operate a storefront, the CSP has been continuing to provide services out of an RV for the past 17 weeks. This impedes his organization’s ability to provide a life-saving option to the community, Magnuson says.

Other initiatives in the province include Victoria’s SOLID, a non-profit organization providing peer-based health education and harm reduction services associated with drug use. Its barrier-free approach helps street-involved individuals to access health services.

In 2019, SOLID published an analysis of the use of cannabis as a substitute for hard drugs, and found that reducing hard-drug use or preventing overdoses was the top reason cited for accessing cannabis substitution.

“Impressively, the vast majority of participants found cannabis to be an effective substitute for illicit drugs and alcohol, as well as pharmaceuticals for some.”

Cannabis substitution initiatives are supported by experts on cannabis and opioid use like Canopy Growth professor M-J Milloy who has recommended they be given pilot intervention status.

Milloy’s research with the BC Centre on Substance Use has shown that weed helps reduce withdrawal symptoms and opioid cravings, well as increase overall success rates and adherence to treatment.

The most comprehensive observational study of cannabis patients to date was published last December. It focused on how medical cannabis significantly reduces prescription opioid use in patients over time.

The study, led by Tilray Inc. (Nasdaq: TLRY) VP of patient research Philippe Lucas, tracked 1,145 registered cannabis patients over a six-month period and showed that daily use of morphine fell by 78 per cent.

“We’d all like more research to be done on this, but the evidence is clear and compelling across multiple jurisdictions,” says Lucas, who’s a researcher at the University of Victoria.

“And in light of the very well-known harms associated with both prescription and non-prescription opioid use and the relative safety of cannabis, there is little justification for not putting in place such programs ASAP,” he continued.

Another recent study, published Jan. 3 in the Applied Health Economics and Health Policy journal, found that easier access to cannabis for pain can reduce opioid use.

A related finding was the the marked decline in the volume of opioids prescribed for patients covered under public drug plans following the legalization of recreational cannabis in Canada.

Correction (2021-3-6 5:10 pm): A previous version of this story said the September order came from Stopping the Harm, a report that was released in 2019. This article has been updated to refer to the correct public health order issued Sept. 16, 2020.