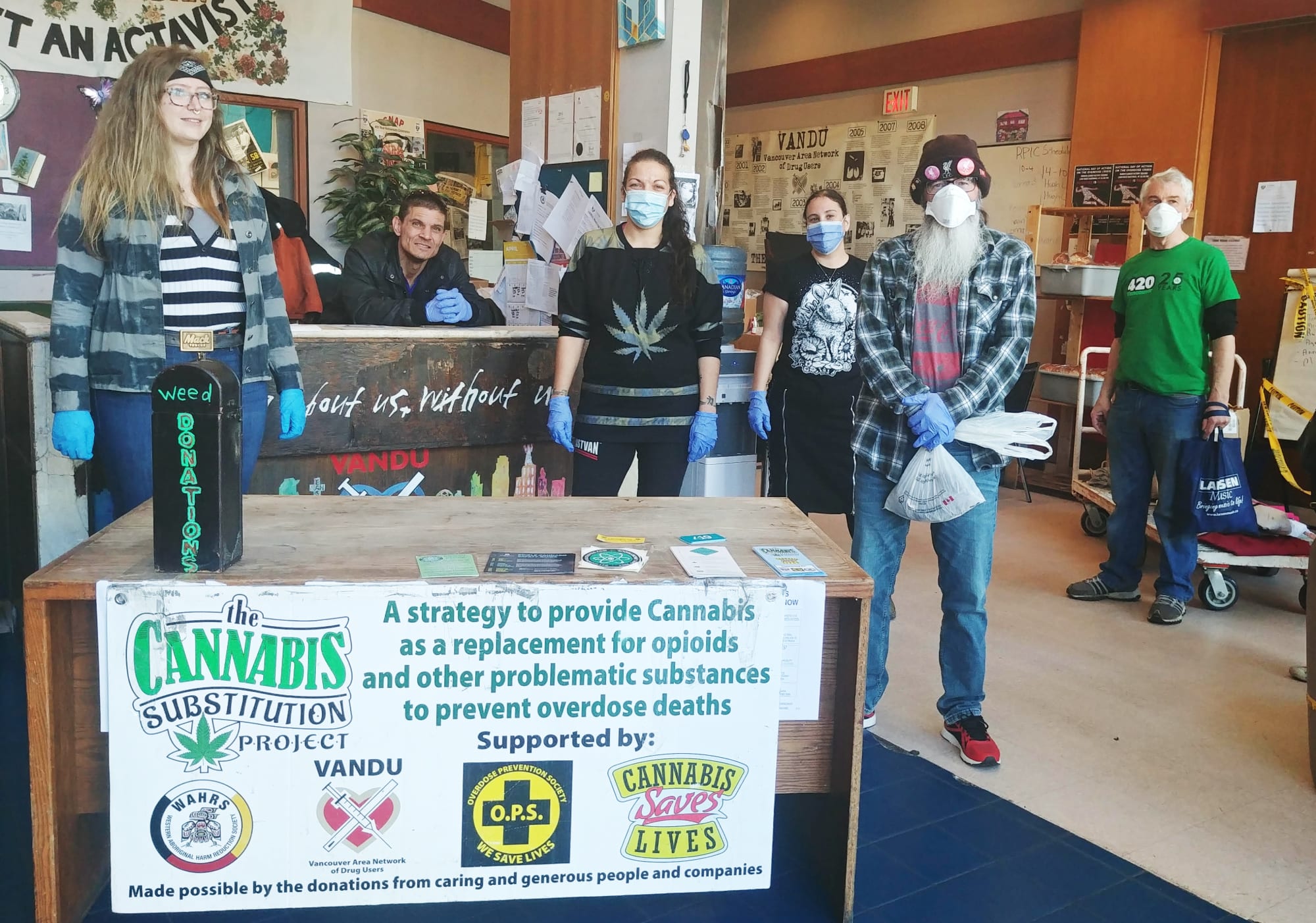 “I don’t wanna [inject meth and heroin] anymore. As soon as I think about it — like, right now, I’m kind of getting a craving for it. But right after [this interview], I’m not gonna go out and pick any up. I’m gonna go to my dispensary and pick up a joint and I’ll be all fine.”

These are the words of Zack, a participant in a study conducted by researchers at the University of British Columbia and the BC Centre on Substance Use, published in the journal PLOS One. The less-common qualitative research was based on interviews with youth experiencing street entrenchment in Vancouver, B.C., who use cannabis.

The study involved 78 semi-structured, in-depth interviews conducted from March 2017 to August 2019 with 56 young people between the ages of 16 and 26. Youth were recruited from the At-Risk Youth Study, a prospective cohort of over 1,000 street entrenched young people who use drugs. It also included 13 interviews with 12 youth-focused care providers including family physicians, nurses and social workers.

The authors noted that in Canada it’s estimated there are between 35,000 and 45,000 young people living without a stable or safe residence. In Greater Vancouver, a recent homeless count revealed that there are nearly 700 youth aged 13 to 24 living on the streets. Youth experiencing street entrenchment are defined as those experiencing homelessness or without stable housing, frequently in the context of other kinds of overlapping exclusion along axes of race, class, sexual orientation and gender identity. 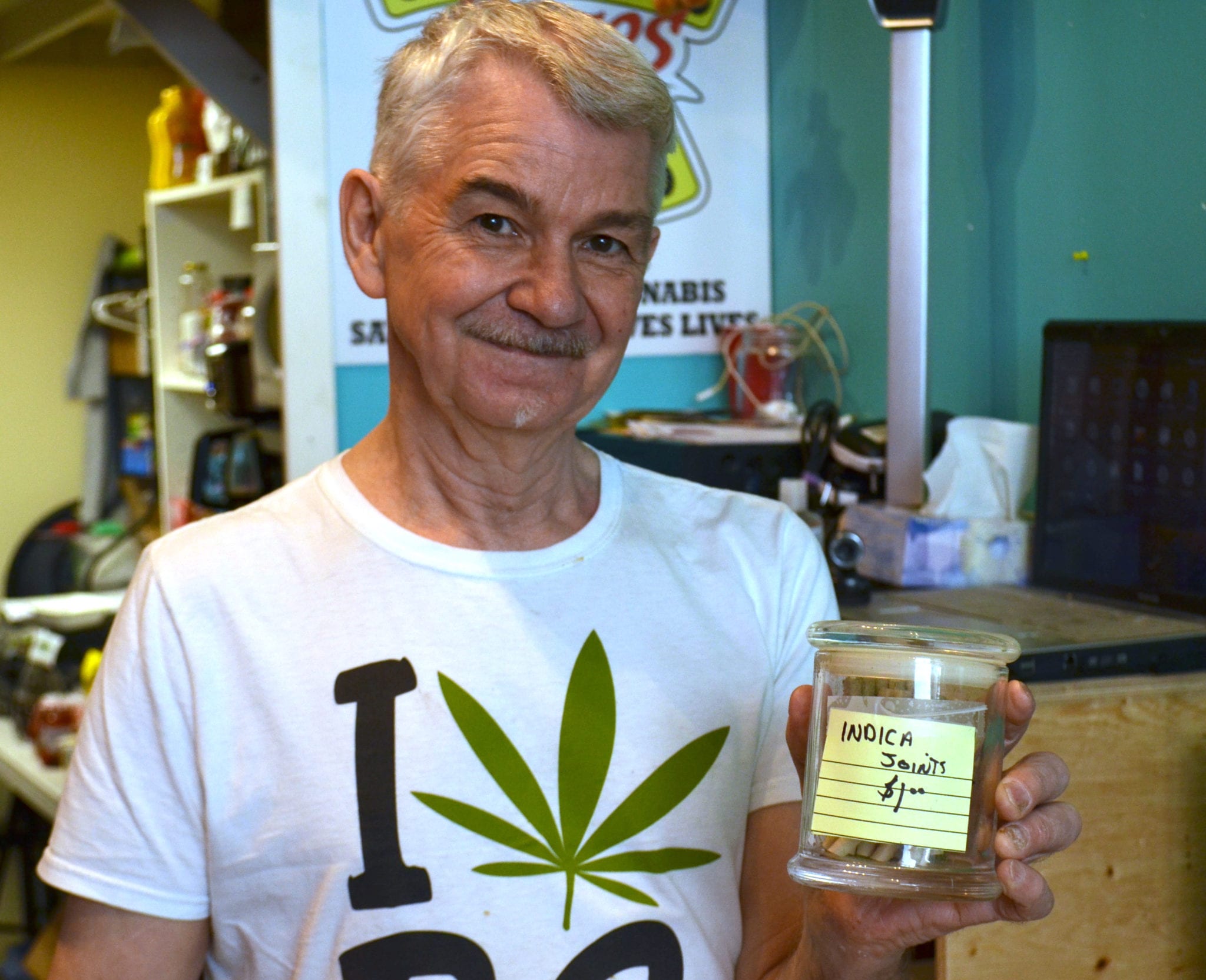 Neil Magnuson is co-founder of the Cannabis Substitution Project, an initiative that provides low-cost, low-barrier access to cannabis as an alternative to dangerous street drugs. Photo by Michelle Gamage

Over the past year, British Columbia has seen record overdose deaths, repeated calls from lauded health officials for harm-reduction approaches to drug enforcement and a mounting body of vetted evidence that cannabis can mitigate the use of deadly street drugs. In the meantime, the province has upped enforcement of the unregulated cannabis industry and handed off the recommended move to decriminalize illicit drug use to the federal government.

Given the significant barriers preventing at-risk youth from accessing treatment — which include the reluctance of service providers to provide opiate agonist therapy, the location of services in heavy drug-using neighbourhoods as well as the undesirable outcomes associated with particular programs — many youth conclude that an independent route is the only one available to treat their physical and mental health, researchers say.

To address this fundamental distrust of state-sanctioned resources, the study’s authors say research approaches that combine “qualitative methods and implementation science are urgently needed to better adapt and design substance use and mental health services that are accessible, acceptable, appropriate and effective for young people experiencing street entrenchment.”

The researchers call for interventions that are responsive to the lived experiences of youth experiencing street entrenchment, addressing their marginalization and rebuilding their trust in “the system.”

“Service design and provider education and training must incorporate consideration of the current evidence regarding both the potential risks and benefits of cannabis use among this population, including the role that cannabis can play in intermittently or more permanently reducing or eliminating more harmful forms of substance use and mediating mental and physical health issues,” they say.

Zack is one of several subjects who framed cannabis explicitly as a form of treatment, describing it as a way to carefully taper use of more harmful substances over the course of several weeks or months. They say weed reduced the severity of withdrawal symptoms while preventing relapse by satisfying cravings. Zack explained that using a combination of methadone and cannabis eliminated his daily injections. The researchers said it was notable that cannabis is used not only to transition away from subject viewed as more harmful substances, like fentanyl and heroin, but also away from more harmful methods of administration — from injection to smoking.

Results like these, researchers say, challenge some of the assumptions built into the longstanding gateway drug hypothesis — that weed leads to use of harder drugs — and in fact suggest the exact opposite.

“While our findings do not speak to the chronological progression of young people’s substance use trajectories (e.g., from initiating cannabis use to experimenting with ‘harder’ substances such as opioids and meth),” the study reads, “They do demonstrate what could be referred to as a ‘reverse gateway effect’ among some street entrenched young people, whereby cannabis use was associated with the intermittent reduction, elimination or prevention of more harmful forms of drug use such as meth and opioid use.”

This reverse gateway effect is particularly significant in the context of the current overdose crisis, which has claimed the lives of more than 1,000 young people in the province since 2016, the study’s authors said.

Unlike Zack, who described how cannabis and methodone “connected together” to eliminate cravings, a number of others said how weed was far more effective than conventional opiate agonist therapy (OAT) for the treatment of substance use disorders. A number of the subjects, including one called Carla, said they used cannabis to wean themselves off of OAT.

“Like, I always believed, like, when I was in treatment — they should dispense pot to people here, you know? Like, people can’t just suddenly not have anything,” Carla said. “You still need something to just kind of fucking just take the edge off and calm your nerves. And, like, it — there’s no harm in pot.”

Several youth argued that cannabis should be an official part of the substance use treatment system.

On the other hand, while the majority of respondents had a positive experience, the researchers stressed that cannabis isn’t for everyone. Some respondents opened up about their struggles with cannabis use, and even the stigma they faced when trying to seek treatment for it.

“People treated me like total crap when I was [in residential treatment] for pot,” said a 24-year old named Mason. “I mean, like, total shit. It was like, oh, well, that’s not a drug. You don’t need to be in treatment. And when I went there for morphine and shit they were just kind of like, whoa [i.e., that’s a ‘real’ addiction].”

But overall — and building on cannabis substitution research like a 2016 U.S. study that painkiller prescriptions fell sharply in states with medical cannabis laws — the researchers said Canadian officials must acknowledge weed as a harm reduction tool.

“Particularly in the context of the recent legalization of non-medical cannabis use in Canada and amid ongoing overdose and housing crises, it is imperative that future policy and programming interventions and provider education and training be responsive to the ways in which youth in our setting are actively using cannabis to navigate their everyday lives and healthcare needs.”