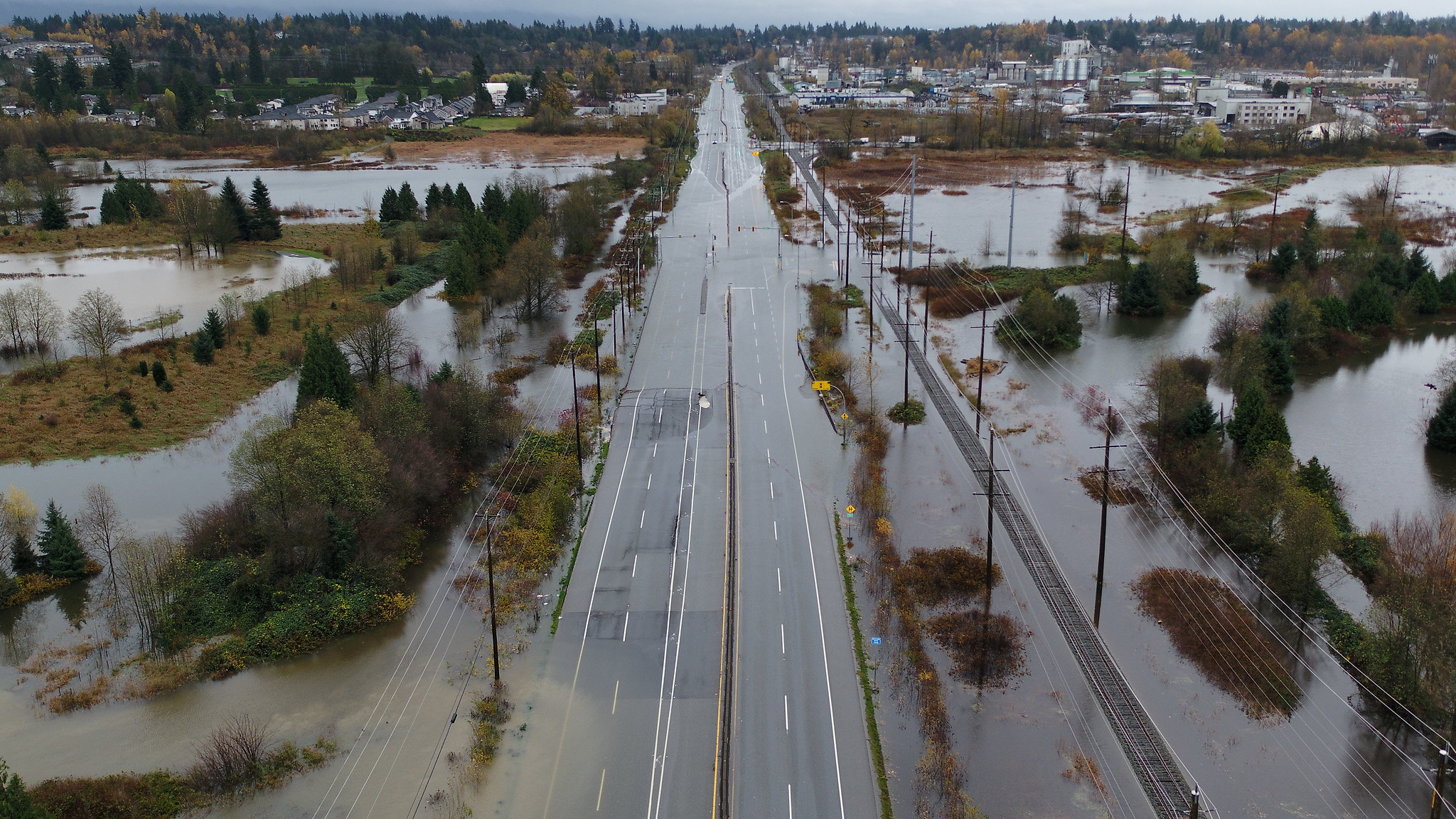 Image via BC Ministry of Transportation

After record-breaking rainfall poured in British Columbia over Sunday and Monday, leading to devastating floods and the province declaring a state of emergency, cannabis producers and retailers in Vancouver’s Lower Mainland are concerned about how the crisis will affect the industry’s supply chain and related costs.

Producers say blocked supply routes will force them to ship products by air, ratcheting up delivery costs and leading to possible delays.

Retailers are concerned they won’t be able to receive or get cannabis to their customers on time due to highways closures impacting delivery timelines. While there won’t be a lack of products, they say, there will be secondary supply chain issues such as elevated gas prices for delivery vehicles and an increase in air-shipping costs.

Jima Cannabis recently opened a store in Abbotsford, located in a commercial district next to Sumas Prairie, the most flooded area in the city. Luckily, the store wasn’t damaged.

As a new business, extra challenges like this one — on top of dealing with the Covid pandemic — have made operations very challenging, Jima president Alex Read tells Mugglehead over the phone.

“Our next scheduled delivery from the liquor distribution branch is on Monday, but they were just trying to assess if they are even going to be able to get to the area. And not just in Abbotsford, but obviously other roads like Highway 1 past Hope and stuff like that,” Read says. 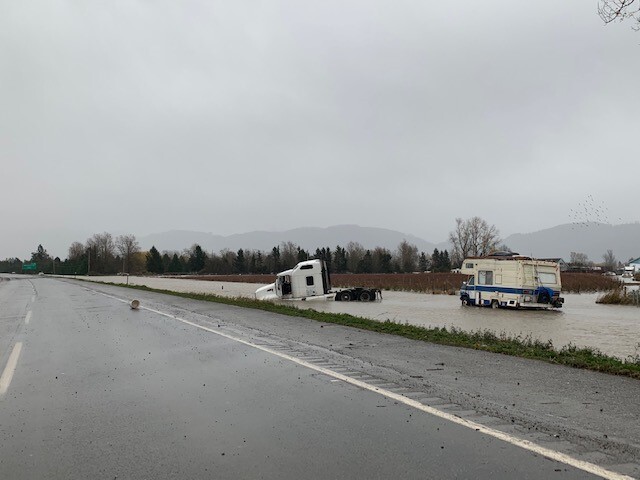 “It certainly makes you ponder and think about what you know from a risk management point of view moving forward.”

Due to extensive flooding in the area, the store is temporarily closed and had to cancel a community engagement event planned for this Saturday. But his store’s focus right now is to support the local community, Read explains.

Yesterday, Jima Cannabis donated $1,000 to the Abbotsford Community Foundation organized by the Chamber of Commerce, and some of Jima’s staff are volunteering by helping to place sand bags.

“We really see ourselves as part of the local community, and we’re all in this together,” Read said.

While damaged roads will cut off supply routes in the province’s interior, Read says he’s more worried about secondary issues like the price of gas.

“What if gas becomes an issue and then vehicles delivering products to us have a gas shortage?” Read asks.

But Read says his store’s priority right now is to assess the situation so that staff can return to work when authorities say it’s safe to re-open the store. 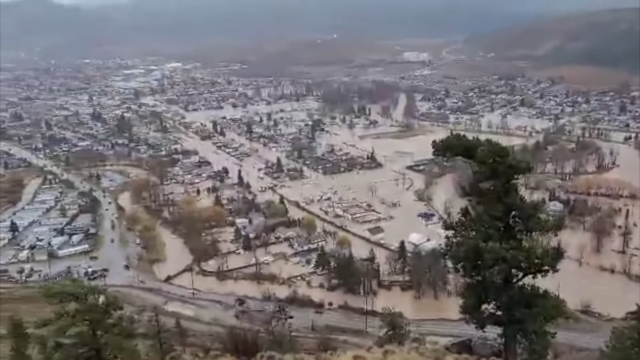 Extensive flooding in Merritt, B.C., forced thousands to be evacuated from their homes on Monday. Photo by Stepan_ via Wikimedia Commons

About 60 kilometers away from Sumas Prairie, licensed producer Pure Sunfarms continues to monitor the weather in Delta and is taking precautions to make sure its greenhouse can operate without interruption.

“We’re happy to say our people are safe, the plants are in good health, and our greenhouse and cultivation operations continue to run as per usual,” CEO Mandesh Dosanjh told Mugglehead in an email.

“Our only concern during this period of inclement weather has been road closures, which have posed some challenges to our suppliers and transport partners.”

But Dosanjh says his company is confident in the solutions put in place with its partners to get products where they need to be.

Dunn Cannabis is a micro-producer in Abbotsford that also wasn’t impacted by the flooding, aside from storm drain backups.

CEO Logan Dunn says the impact will be felt in the road disruptions.

“Many roads in and out of the province as washed away and looking at many months of repair. This will force me to air ship at higher costs and possibly be unable to meet delivery date deadlines as I’m sure air transportation will be in larger demand.”

!!! EMERGENCY UPDATE: The Cit The City of Abbotsford is issuing an immediate & urgent notice to all residents that did not yet evacuate Sumas Prairie to evacuate immediately. Conditions within tSumas Prairie within the last hour have escalated & pose a significant risk to life. pic.twitter.com/vQBDlStqma

Deadly torrential rains fell earlier this week on the West Coast of Canada and Washington State, with a month’s worth of average rainfall flooding cities like Abbotsford, in the heart of the Lower Mainland’s agricultural hub.

All major routes between the Lower Mainland and the Interior B.C. have been cut off by flooding or landslides following record-breaking rainfall across the south of the province between Saturday and Monday.