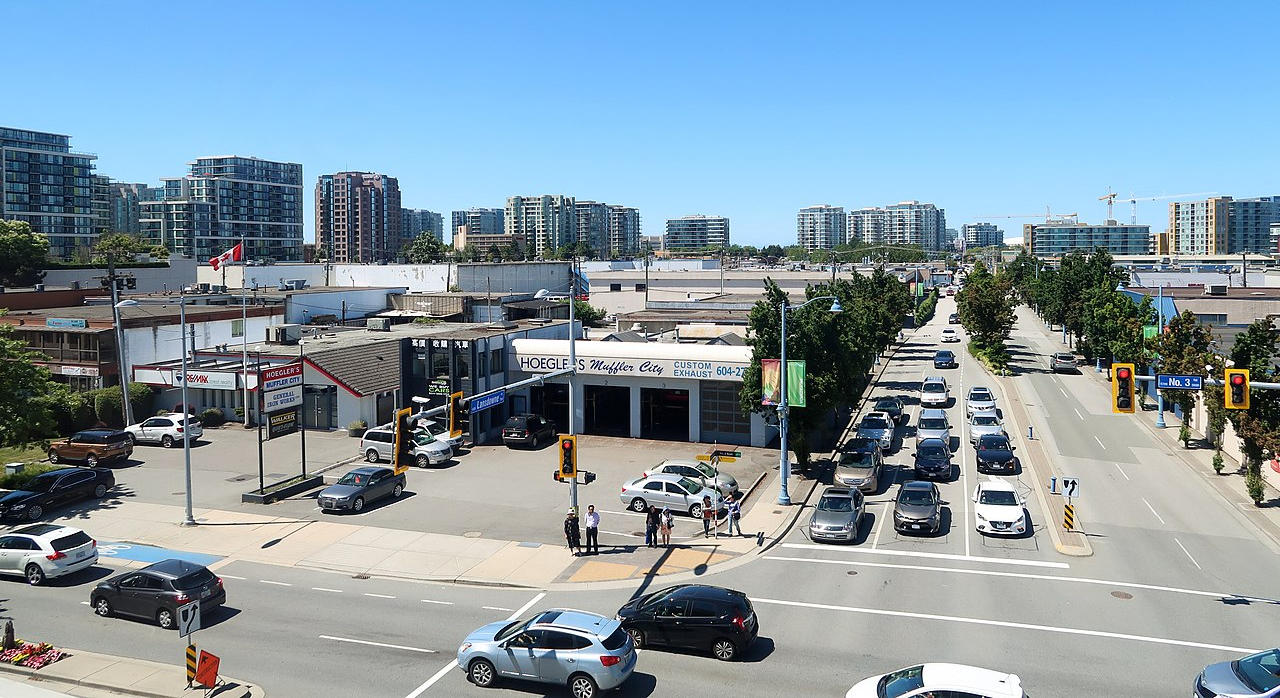 Richmond is among one of several 'retail deserts' mentioned in the report -- municipalities with zoning policies that restrict consumer access to regulated cannabis. Image by Wpcpey via Wikimedia Commons

On Tuesday, the BC Chamber of Commerce’s Cannabis Working Group released a report with recommendations to policymakers based on meeting economic and public safety goals.

All of the suggested policy changes involve removing regulatory red tape, which will allow the legal industry to better compete against illicit operators.

In 2018, federal and provincial officials established rules to support three key goals: to keep cannabis out of the hands of youth, to keep profits out of the pockets of criminals, and to protect public health and safety.

But “some of these policies have had unintended consequences or created barriers beyond the scope of their original intentions,” reads the report. 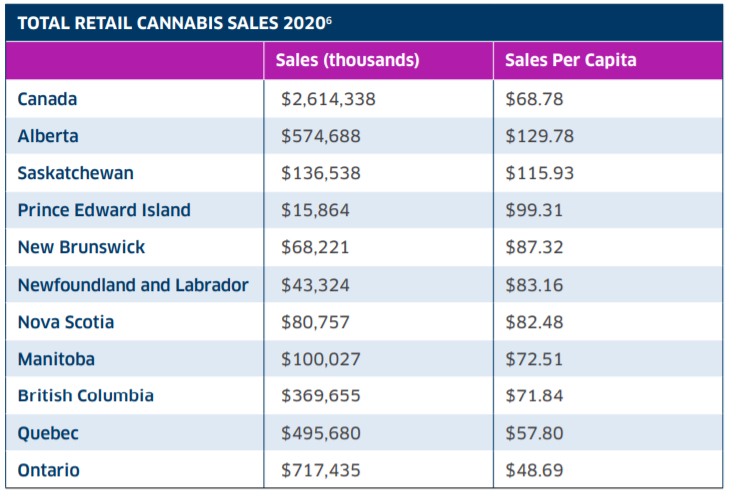 B.C. has lagged behind in per-capita sales compared to less regulated markets of similar sizes like Alberta and Saskatchewan. But sales in B.C. did grow throughout 2021. Chart via BC Chamber of Commerce

This has led to a state of affairs where B.C. businesses are lagging behind other provinces, and allowing the unregulated sector to thrive, says the Cannabis Working Group.

The group — made up of representatives from different industry subsectors — recommends the following changes in three areas:

One of the main barriers to consumer access, and therefore more sales, is a lack of stores in certain areas. These retail “deserts” are created by obstructive zoning policies, the working group says.

The most significant dead zones are in Metro Vancouver, the Capital Region, and the Fraser Valley. Almost 27 per cent of B.C. residents have no access to pot shops in their home municipality. In Metro Vancouver’s 10 largest cities, only half have weed stores. 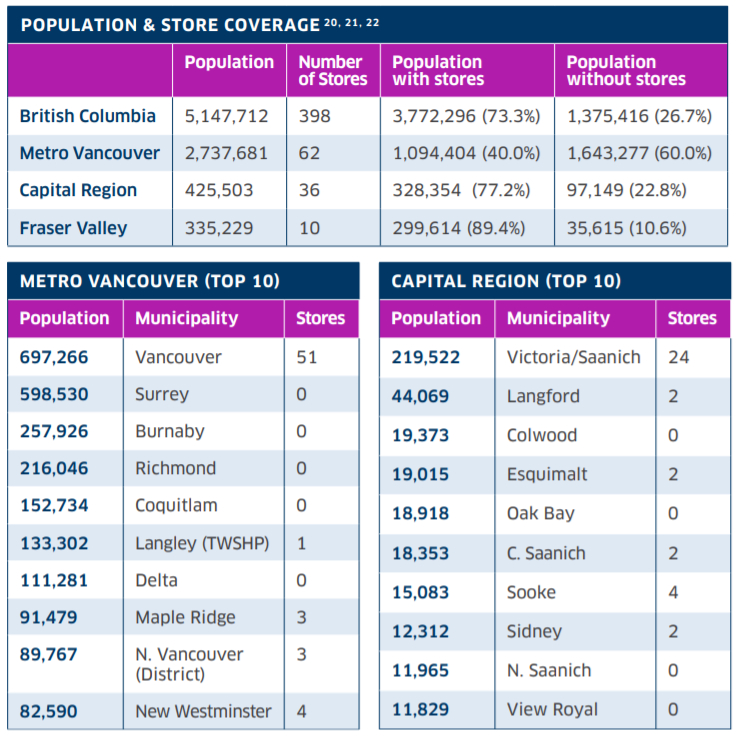 Since B.C. allowed cannabis delivery last July, some shops have been making sales in store-less communities. Chart via BC Chamber of Commerce

Major population centres of Surrey, Richmond, Burnaby, and Coquitlam do not have a single licensed retailer. There are only 10 retailers in the entire Fraser Valley, six of which are in Chilliwack.

“These ‘cannabis deserts’ suppress sales and hinder the government’s ability to meet its objectives of reducing illicit activities related to cannabis and providing access to a quality-controlled supply of cannabis.”

The report also highlights that B.C. has some of the highest consumption rates in Canada, but lower per-capita sales than several other provinces.