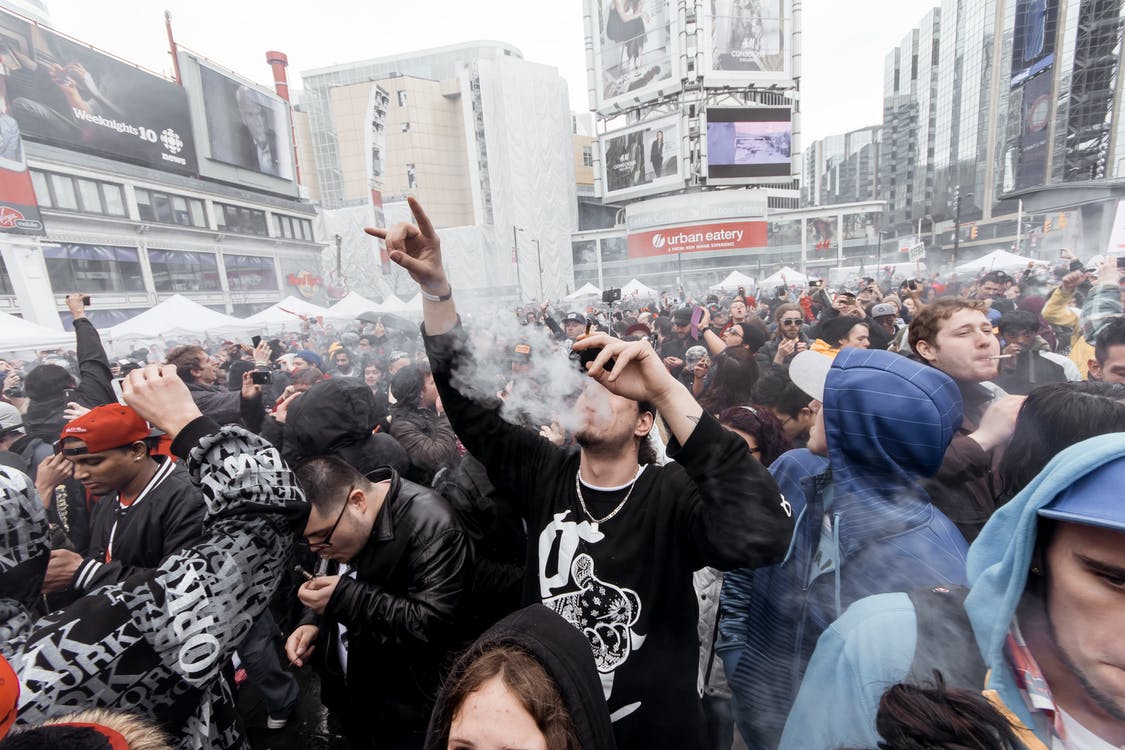 Photo by Harrison Haines via Pexels

Once the province finishes issuing the regulations, British Columbians will be able to legally smoke a joint at a music festival, sample different cultivars at a pot farm or take a cannabis cuisine class.

On Wednesday, the Ministry of Public Safety and Solicitor General announced a public engagement that aims to assess the level of public support, economic feasibility and public health and safety implications of outdoor cannabis consumption spaces.

British Columbians can submit their feedback via an online survey or a written submission of no more than 2,500 words. The engagement will be available from April 6 until May 9 at 4 pm.

The province will release a What We Heard report summarizing the results of the engagement later this year.

Minister of Public Safety and Solicitor General Mike Farnworth said in a statement that consumption spaces could provide an opportunity for the sector to become more economically viable and better meet the interests of people who consume cannabis.

“At the same time, others have raised public health and safety concerns, which will need to be carefully weighed. We want to hear the views of all British Columbians so they can help shape how B.C.’s cannabis sector continues to evolve,” said Farnworth in a statement.

The ministry published a discussion paper where it lays out the potential regulations around outdoor consumption spaces and outlines the challenges and opportunities of the spaces. The regulations would still prohibit smoking or vaping indoors.

The paper explains how consumption spaces would encourage people to buy from the regulated market and mentions possible challenges such as increased rates of cannabis use or people driving high more often.

The discussion paper mentions the possibility of co-location of cannabis and alcohol use where establishments could apply for a licence to sell cannabis without giving up their liquor licence.

But the Ministry says there is considerable concern from the public health and safety stakeholders about co-location and they strongly oppose it.

“Public health experts emphasized that co-location would lead to co-use (consuming both substances at the same time can increase the impairing effects of both substances),” reads the discussion paper.

In earlier discussions, stakeholders suggested a range of possible scenarios for the spaces including retail experiences such as sampling a cultivar at a farm or smoking a joint in the same retail location where you bought it. They suggested allowing special events such as a cannabis cuisine class or adding “cannabis gardens” at music festivals.

The Ministry presented challenges in setting regulations because of federal rules such as the prohibition of marketing and advertising in the cannabis industry and the restriction of a “full-service” pot experience as consumers would need to open the cannabis packaging themselves.

When cannabis was legalized in 2018, the province chose not to allow consumption spaces because of the lack of time to prepare a regulatory framework and because the province allows smoking cannabis in some outdoor public spaces.

“For clarity, the Province is not considering new restrictions on how and where cannabis can be used in public spaces,” reads the discussion paper for the public engagement.

In August last year, the Union Of BC Municipalities (UBCM) said in a statement that the BC Cannabis Secretariat was planning on a broad engagement with key stakeholders, including UBCM’s Cannabis Policy Technical Working Group and planning a formal public engagement.