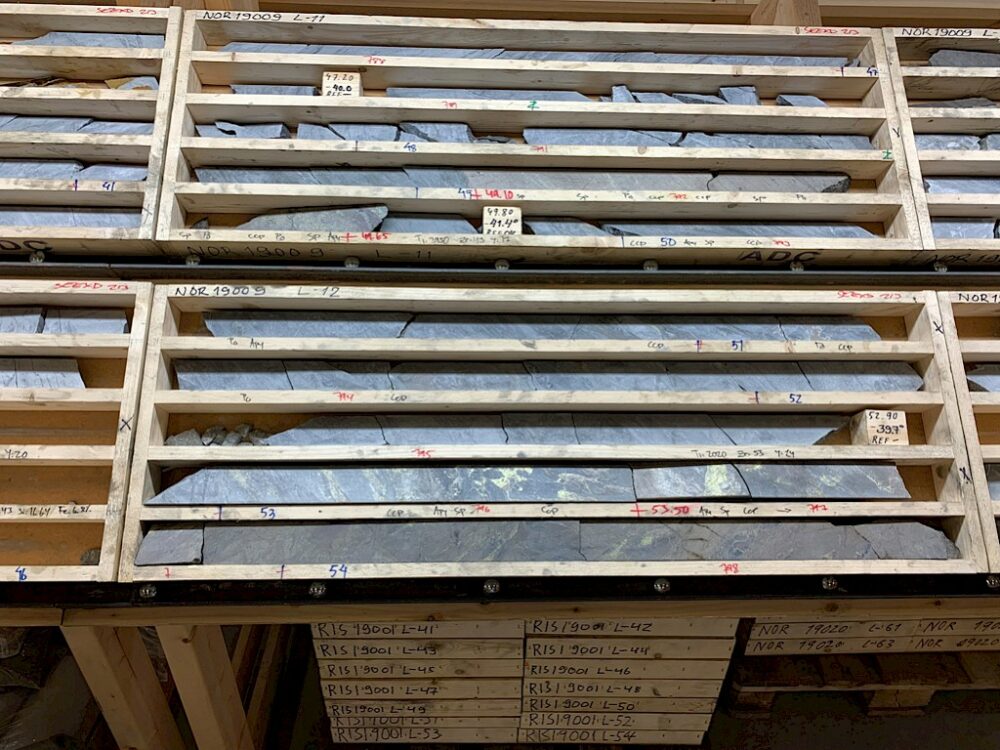 The plan is operated by joint venture partner Agnico Eagle Mines (TSX: AEM) (NYSE: AEM), with ownership being 55 per cent Agnico and 45 per cent Barsele. Agnico also has the option of getting an additional 15 per cent in the Barsele Project after a pre-feasibility study. Additionally, Barsele is not required to put any cash down until the study is completed.

The company’s project is on the western end of the Proterozoic “Skellefte Trend.” This is a volcanogenic massive sulphide (VMS) deposits belt intersecting the “Gold Line” in Northern Sweden. The region and property contains both polymetallic VMS desposits and orogenic gold.

Barsele drilled 14 holes during the summer 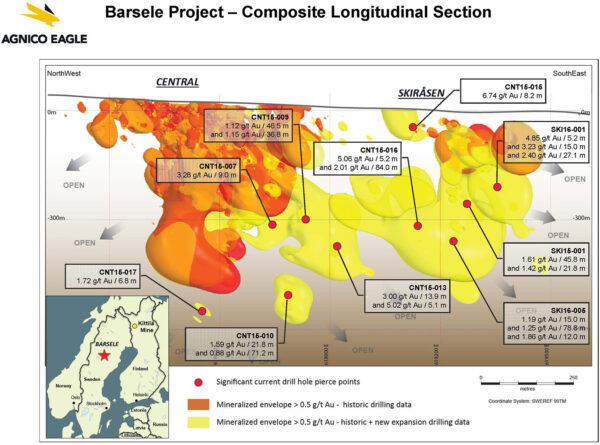 Barsele released an independently verified mineral resource estimate on February 21, 2019. It was then modified and resubmitted as of December 16, 2020. The study concluded drilling to the end of 2018 along the Avan–Central–Skiråsen gold zones with various cut off points for various methods.

The company drilled 14 core holes between June 3 and September 19 in the 34,533 hectare property with a total of 4,252 metres. That brings the total to 162,691 metres of overburden penetration and core collection from 436 drill holes. The company drilled in a number of different areas, including Avan (AVA), Risberget (RIS), Norra (NOR), Skiråsen (SKI), Södra Sundträsket (SUN), and Bastuträsk (BAS).

Barsele Minerals drilled four expansion holes at Avan. The first was AVA 18002, drilled towards the southwest and above 18002. It intersected four zones with arsenopyrite mineralization and quartz veining. The second was AVA 22002, which was drilled above the northeast and cut various granodiorite phases from 127 metres and found seven locations with scheelite at three locations. The best result came from 11 metre core length grading 1.78 g/t Au, which included an 8 metre core length grading 2.24 g/t Au at a midpoint depth of 152 metres below the surface.

The final two holes at Avan were AVA 22003 and AVA 22004. The first was drilled 140 metres northwest of AVA 22002 and cored granodiorite containing zones with arenopyrite and quartz veining. The best result included a 6.0 metre core length grading 1.13 g/t Au, including 3.0 metres grading 1.95 g/t Au at a depth of 47 metres below the surface.

The Norra regional hole NOR22001 cored into a sequence of rocks representing the stratigraphic hangingwall of the Norra VMS mineralization. This was encountered between 204.70 and 206.25 metres downhole. Also, the drilling uncovered weak arsenopyrite, sphalerite, chalcopyrite mineralization, but no precious or base metal results.

The second of the two Norra regional holes, NOR22002, drilled 250 metres east southeast of hole 22001. The company tested the northern limb of the Norra massive sulphide zone. The results included a 1.0 metre core length grading 0.47 g/t Au at a midpoint depth of 135 metres underground.

No basic or precious metals at Skiråsen 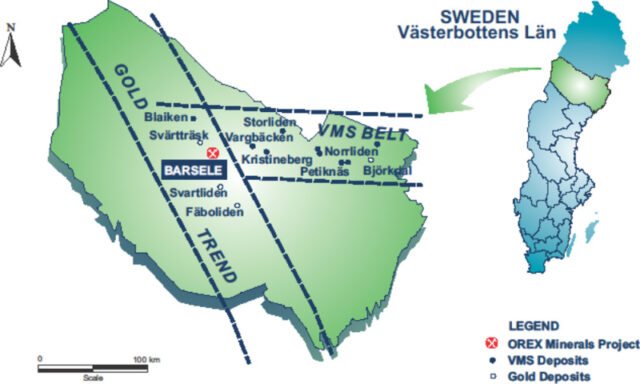 The company drilled two holes at Skiråsen. Both holes, regional holes SKI22001 and SKI22002, tested the source of high-grade polymetallic boulders 200 metres southeast of the hole collar. The first hole found discrete zones of arsenopyrite mineralization but no precious or base metals. The second hole found copper and zinc enriched sediments, but no basic or precious metals.

Barsele drilled another two holes at Södra Sundträsket. Each hole tested multi-element geochemical anomalies identified in the MEFFA, bottom moraine and in-situ rock chip sampling. The first hole, SUN22001, cored tonalite and granodiorite with quartz veining and arsenopyrite between 110 and 120 metres. Also, drilling uncovered no precious or base metal results.

The second hole, SUN22002, differed in that it cored tonalite and metasediment, but also had no precious or base metals.

The company’s final series of holes were at Bastuträsk. In this case, regional hole BAS22001 intersected north-south and northeast-southwest interpreted structures based on ground magnetics. The compound found an intercept in gabbroic host rock, and yielded a 7.0 metre core length between 192 and 199 metres, grading 0.32 g/t Au. The find is associated with anomalous tungsten and arsenic with a midpoint length of 130 metres below surface.

Barsele drilled Bastuträsk regional hole BAS22002 to test cross-cutting structures and continuity of a high-grade 8.19 g/t Au intercept from 2021 drilling. The hole cut a continuous zone of arsenopyrite mineralization with quartz/calcite veining between 164 and 184 metres. Additionally, it reported no significant base or precious metals.