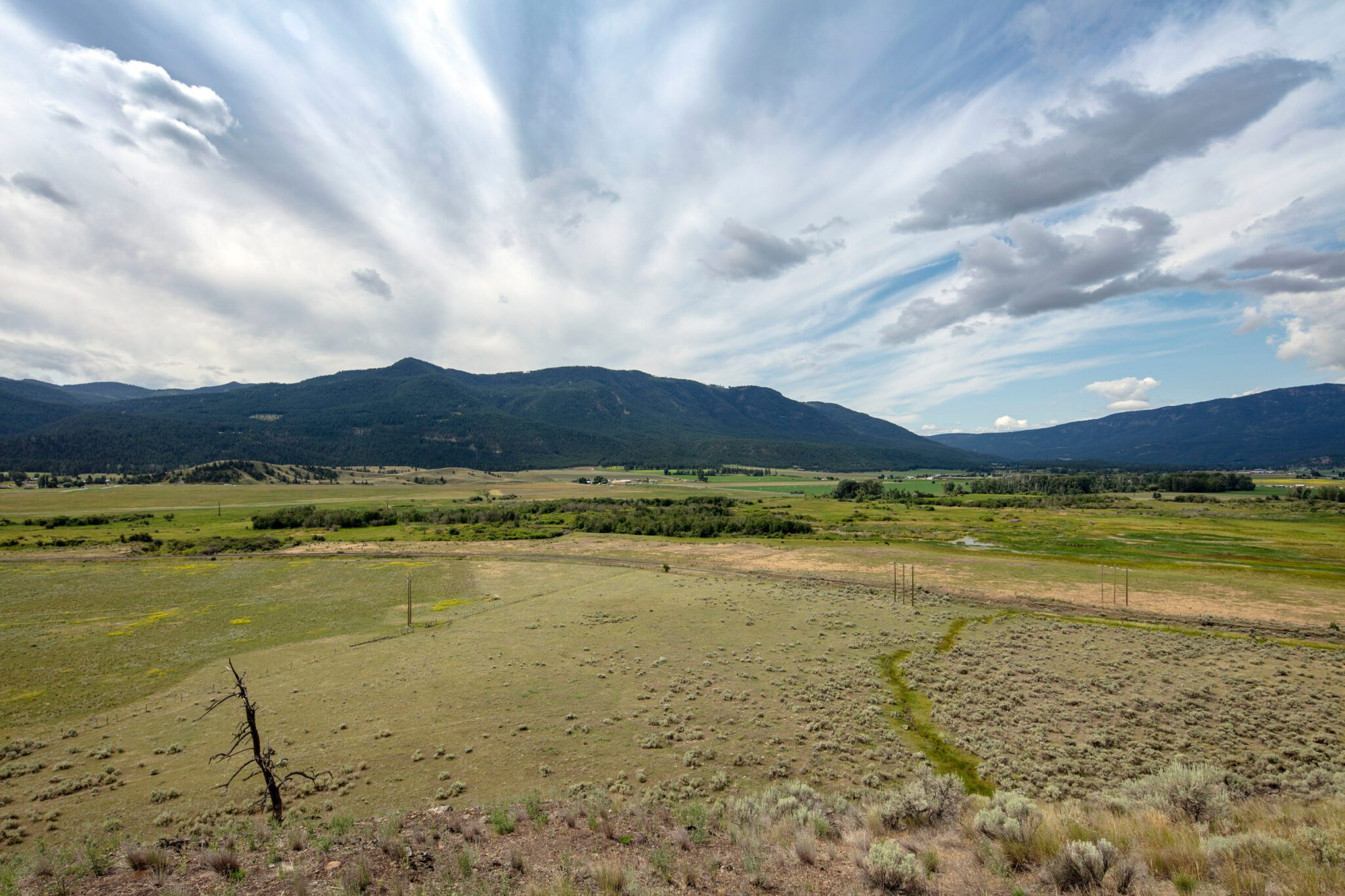 Aurora Valley in Westwold, BC. Image via Aurora Cannabis Inc.

Aurora Cannabis Inc. (TSX and NYSE: ACB) had to evacuate staff from its Aurora Valley outdoor grow in Westwold due to wildfires burning in the area.

Thirteen employees from the Valley site and their families had to be evacuated, a spokesperson explains in an email to Mugglehead. Everyone is safe and a few people have been able to return home after the fire was downgraded.

“Our other priority is the protection of the site, which we continue to monitor. At this time there is no business impact,” the email continues.

This year, Aurora planted 40 acres on its 200-acre site, which is mostly dedicated to research and development purposes as well as to experiment with different cultivars.

Smoke is blanketing much of southern B.C. during a particularly intense wildfire season. As of Friday, 268 wildfires are burning across the province, mostly in the Southeast and Kamloops fire centres.

At the same time, southern B.C. is facing drought conditions and water scarcity, with some areas seeing drought levels reach 3 or 4 (out of 5). 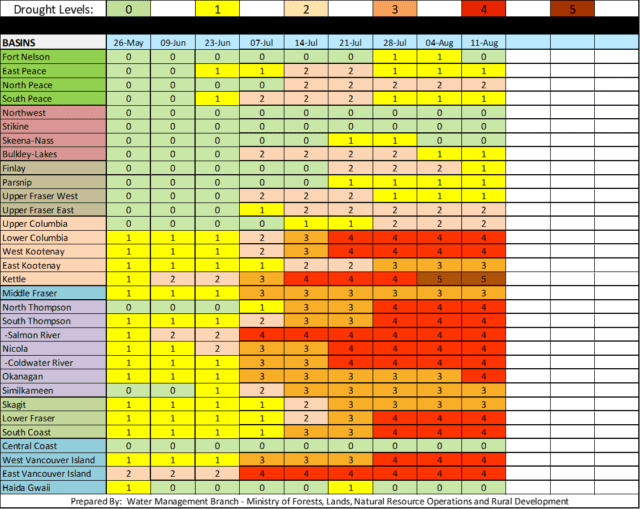 Drought levels across British Columbia, where several areas are seeing significant impact. Chart via Government of BC

Aurora told Mugglehead at the end of July it had been monitoring the wildfire situation closely at its Westwold grow and had plans in place in the event of an evacuation.

It’s not the only site in southern B.C. that’s been impacted by this year’s wildfires.

Last month, staff had to be evacuated from Backcountry Harvest Organics, and it hadn’t been safe for staff to be working at Lillooet’s Earthwolf Farm. 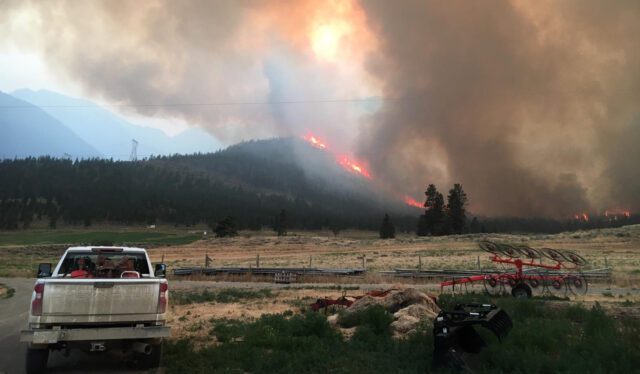 Even some indoor facilities in the Okanagan were infiltrated by smoke, with growers worried about possible evacuation orders.

Cannabis cultivators have also expressed concern over the changing ecology of farms due to wildfires, and there’s risk of smoke changing the chemistry of the plants.