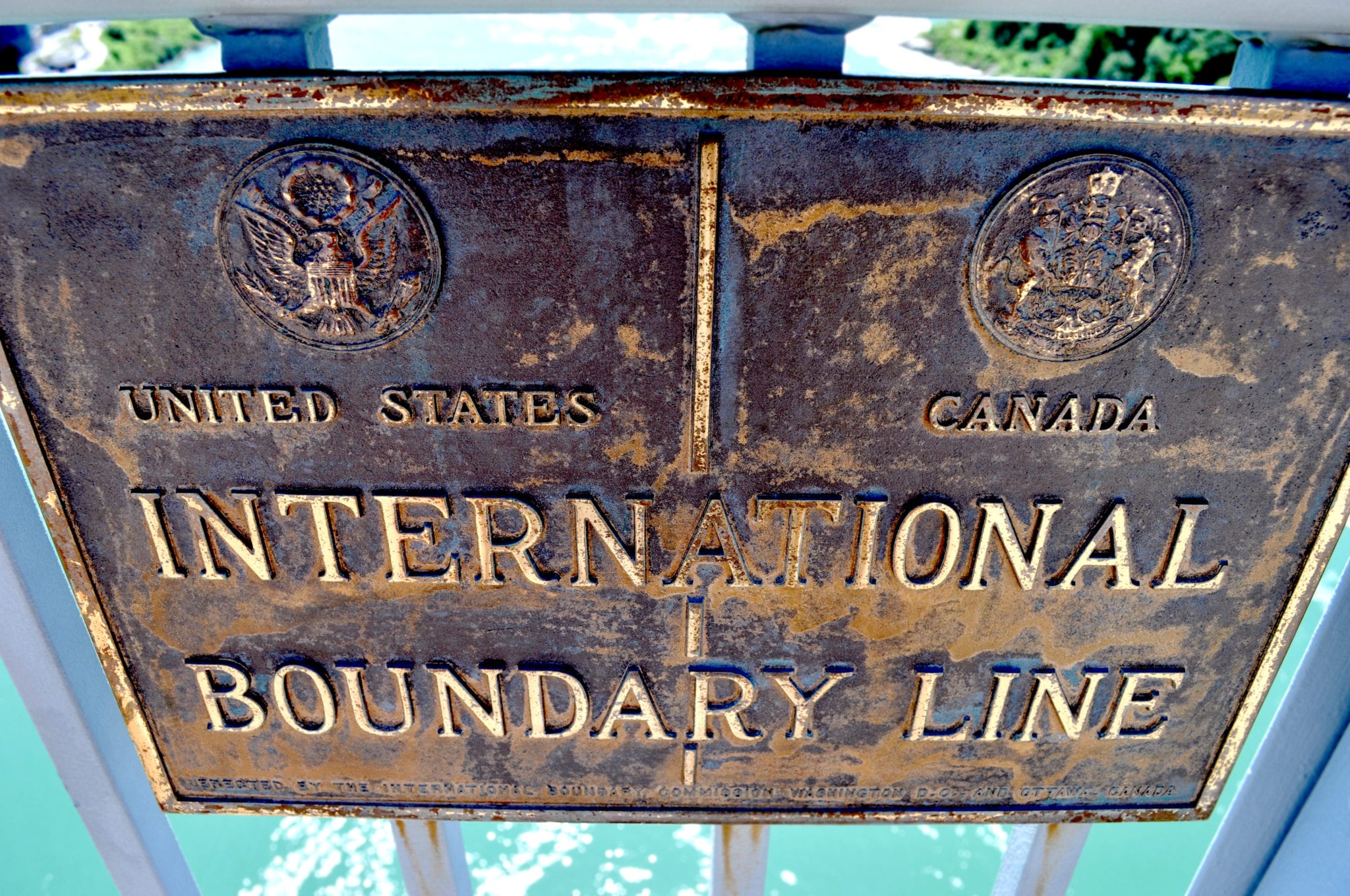 As U.S. cannabis operators outshine their Canadian counterparts after election day in both financial reports and stock prices, investors should be closely watching what could be the sector’s next big catalyst: the Georgia Senate runoff.

On Jan. 5, Georgia voters will decide whether Democrats or Republicans will take control of the U.S. Senate in two runoff elections. If the Senate swings blue, firms on both sides of the border will benefit uniquely as major cannabis bills will likely pass through Congress next year.

With the passing of the MORE, SAFE Banking and STATES acts, weed would be removed from the federal Controlled Substances Act and major U.S. operators will finally have access to basic banking services, as well as the option to up-list to major U.S. stock exchanges. The reforms would also give Canadian firms their long-awaited entry into the country’s rapidly growing THC market, and could even lead to cross-border trading. 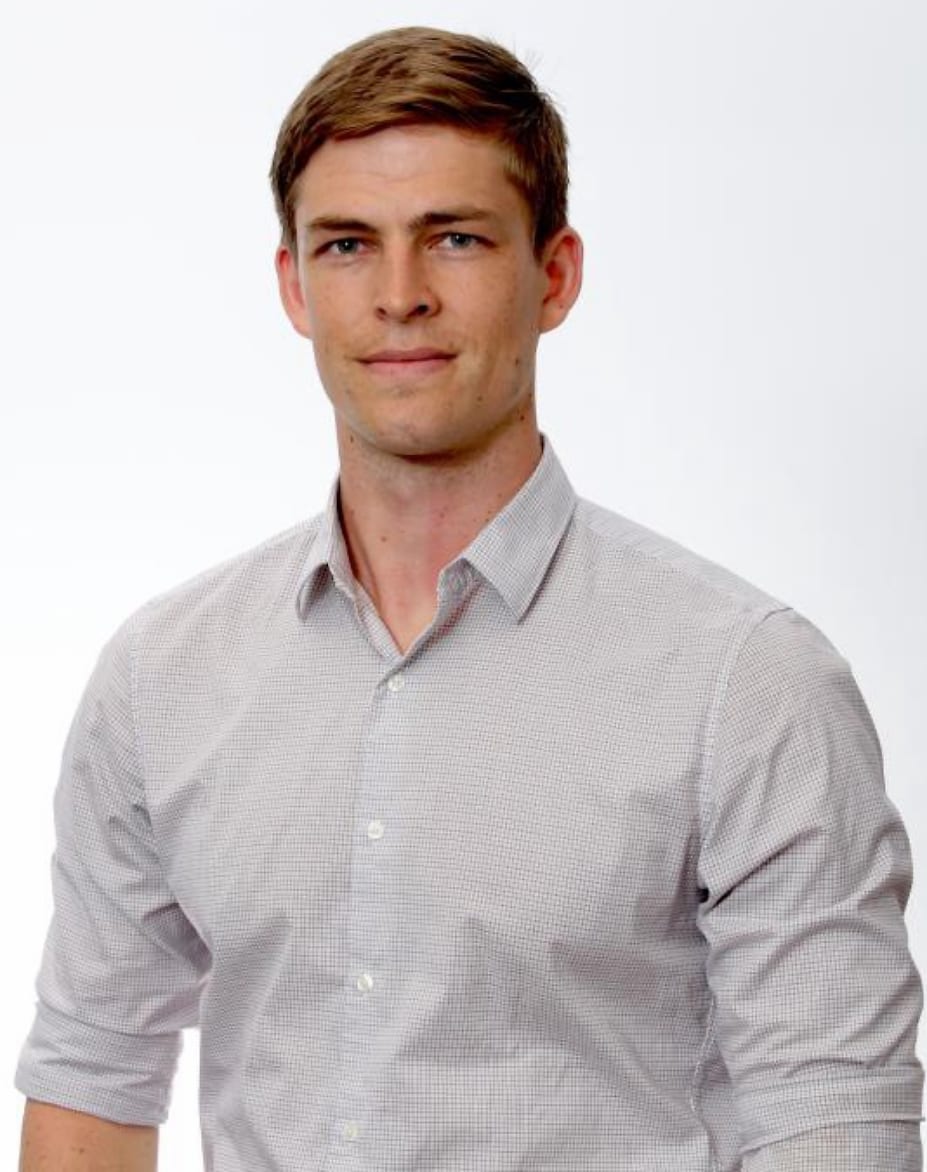 So, 100 per cent that’s a big, big date to watch, says Pierce Crosby, North America general manager of TradingView, a popular financial and social platform for traders and investors.

“And it’s so interesting, because I don’t think that people are actually really taking note of how important Jan. 5 is for a lot of the industry,” he says.

Since Joe Biden was confirmed winner of the U.S. Presidential race, many of North America’s biggest cannabis stocks have rallied on hopes that a Democrat in the White House would lead to favourable reform.

But in the throes of a second wave of Covid-19, job losses and economic uncertainty, Crosby says Biden will be prioritizing healthcare and stimulus measures, and his administration likely won’t touch the cannabis issue until its third or fourth year.

“That’s why the Senate flip is actually much more of a compelling story for the space than executive action,” he said in a phone interview from his New York office.

Despite a mixed bag of quarterly results, shares of major Canadian firms surged in the week after The Associated Press first declared Biden the next elected president on Nov. 7.

“The larger theme today in the sector is the blue wave, or really the green wave in the United States.” Crosby says. “It’s kind of a lifting of all the boats on either side of the border, irrespective of specific quarterly performance.”

But as cannabis earnings season continues this week, and while U.S. companies report unmatched revenue growth and profits, most of the big Canadian players have seen their initial valuation gains cut in half. 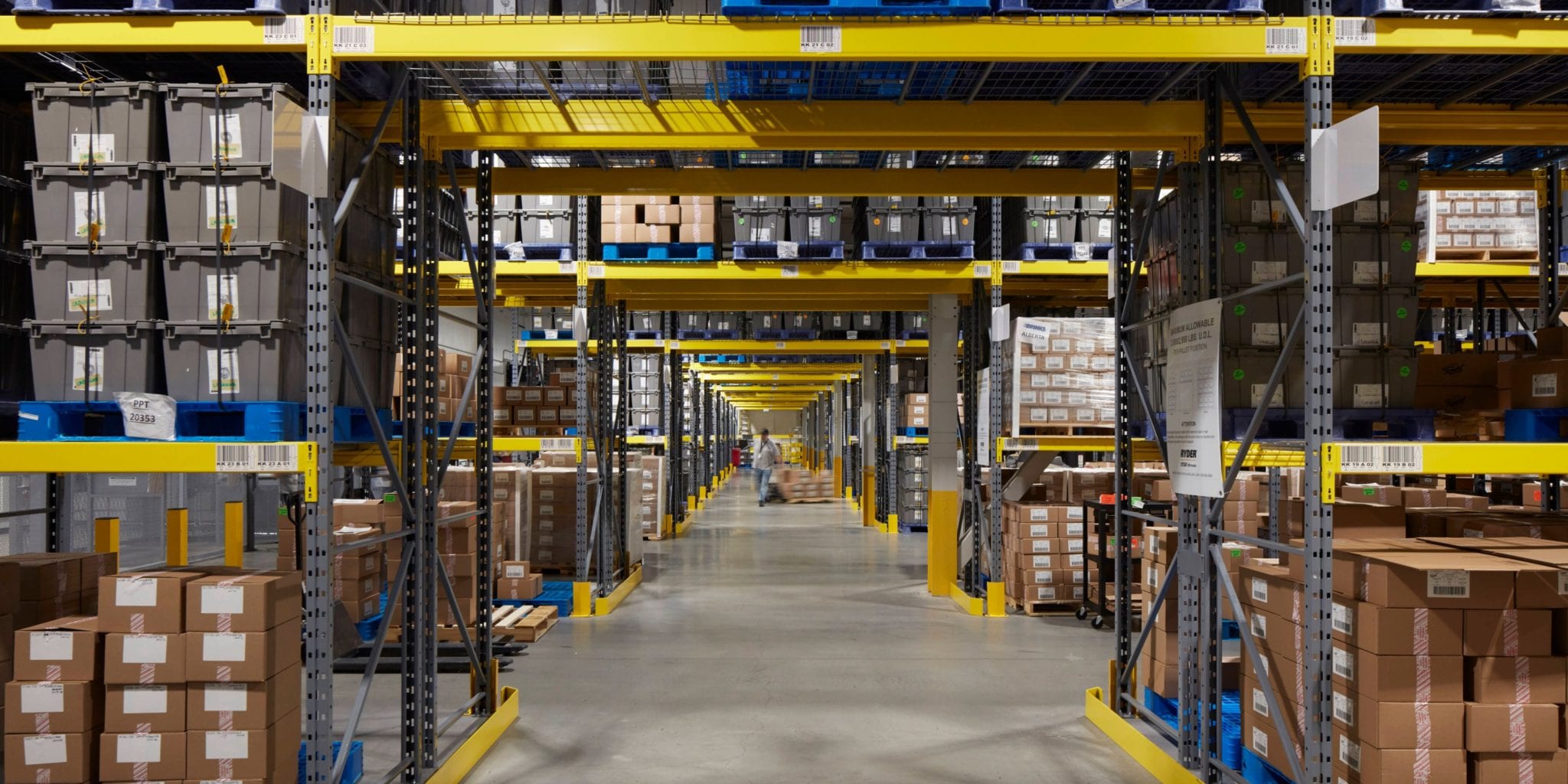 Crosby agrees with a number of major analysts that Canadian firms have a tough road ahead entering the U.S. market, which again hinges more on the Senate results in January.

For now, investors should be looking at which operators north of the border are building business models that can easily be replicated stateside once federal legalization kicks in.

“At TradingView, we kind of extract the key insights that investors are tapping into,” he says. “And really the core differentiator that you have to think about is who has the best edge on supply-chain management, which is very easy to be copied below the border rather than the mass cultivation footprint that some of these guys have.”

Because Aphria Inc. (TSX and Nasdaq: APHA) has strong business management that’s built a robust packaging and distribution logistics model, they’ve been able to outperform their Canadian peers and will continue to do so in the U.S., according to Crosby.

Whereas, Canopy Growth Corp. (TSX: WEED) and Aurora Cannabis Inc. (TSX: ACB) have the DNA of big-time growers, and that large real estate model won’t be as quick to copy stateside.

Even if Canopy continues to build major U.S. CBD brands like Martha Stewart, This Works and BioSteel, without a strong supply chain network established for THC products, Crosby argues it will be hard to convert those CBD brands once weed is descheduled.

And despite some skepticism around Aphria’s craft beer deal with Georgia-based SweetWater, Crosby says it actually illustrates the flexibility of their business model.

“That acquisition speaks to their willingness to go retail, and partner with brands, rather than sticking purely to their knitting, which is operations and distribution.” 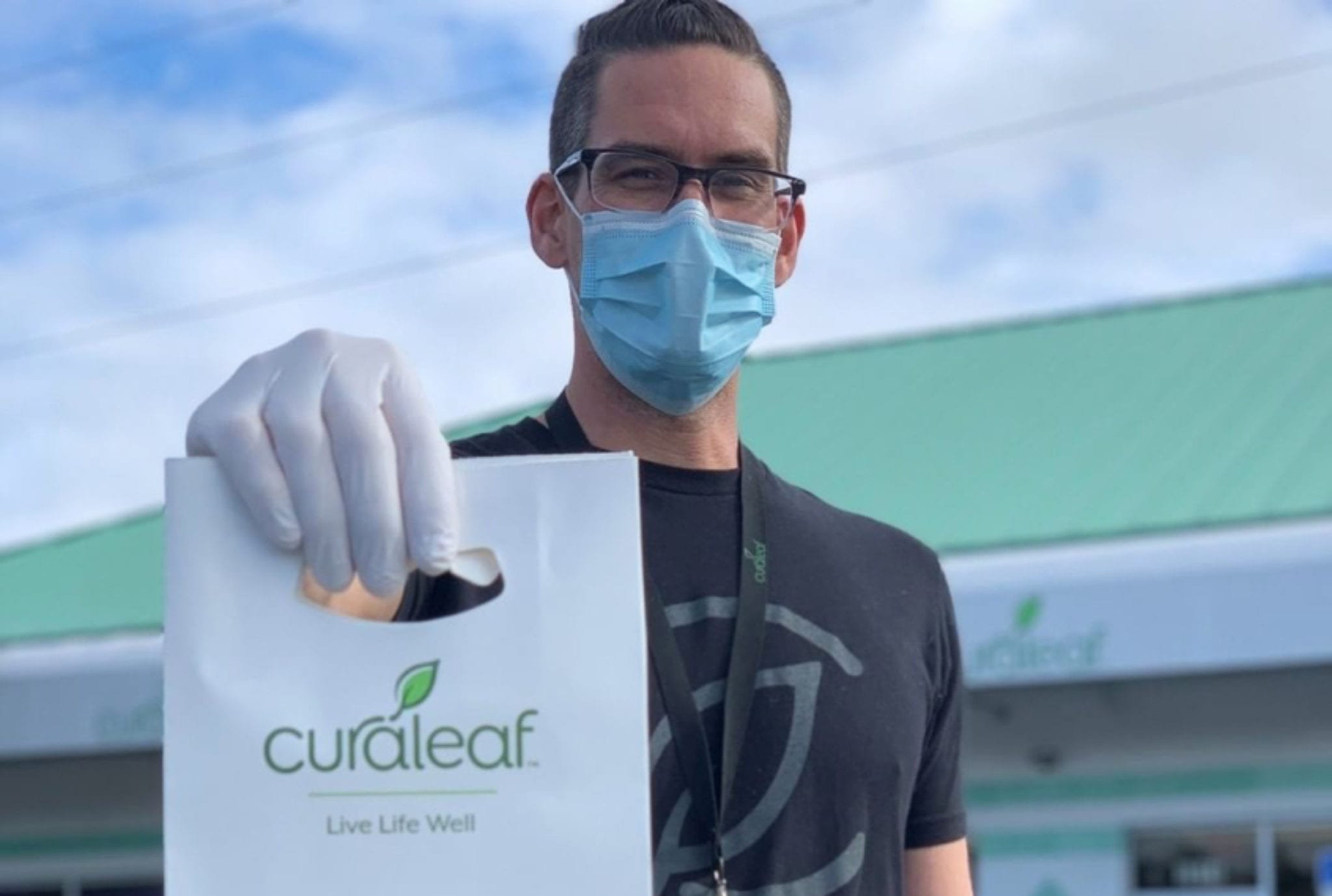 Massachusetts-based Curaleaf says it’s on pace to be the biggest cannabis company in the world, with almost 100 stores and 23 cultivation facilities built across 23 states. Press photo

As Canadian companies contemplate their U.S. strategies, American operators are already building massive retail and cultivation footprints that are proving to be very lucrative. And that’s partly why multi-state operators are set to gain a huge advantage if the Senate swings Democrat in January, Crosby says.

All four have been able to maintain around a 20 per cent stock price increase since the U.S election, and if federal reform happens they would all be able to uplist to the NYSE or Nasdaq, drawing in a new round of institutional investors.

Meanwhile, all four have reported record revenues this earnings season.

On Tuesday, Curaleaf said it made US$182.4 million in the third quarter ended Sept. 30, as well as record adjusted earnings before interest taxes depreciation and amortization of US$42.3 Million as operations across 23 states continue to scale.

Florida-based Trulieve also reported Tuesday it booked record third-quarter revenue of US$136.3 million, and an adjusted EBITDA of US$67.5 million, or 50 per cent of revenue — its 11th straight quarter of growth and profitability.

Last week, Green Thumb reported strong third-quarter results, which included record revenue of US$157.1 million and an adjusted EBITDA of US$53.2 million.

Cresco Labs said Wednesday that third quarter revenue reached a record US$153.3 million, the third straight quarter with over 40 per cent revenue growth. The Chicago-based operator also recorded an adjusted EBITDA US$46.4 million.

Even if Democrats don’t take the Senate on Jan. 5, each of these big U.S. firms will see steady sales and stock growth because of state-level reforms coming to five states that passed cannabis ballots on election night, according to Crosby.

“As we start to see numbers roll in on the success of places like New Jersey, you can expect more investors to take notice. But that’s really kind of a six-to-12 month story, much less so than the near-term catalyst we could see from the Georgia vote.”

He says New Jersey is the most compelling upcoming market, but warns that if New York quickly follows with reform through the legislature, it will significantly dampen opportunities in the Garden State with a substantial drop in cross-border tourism.