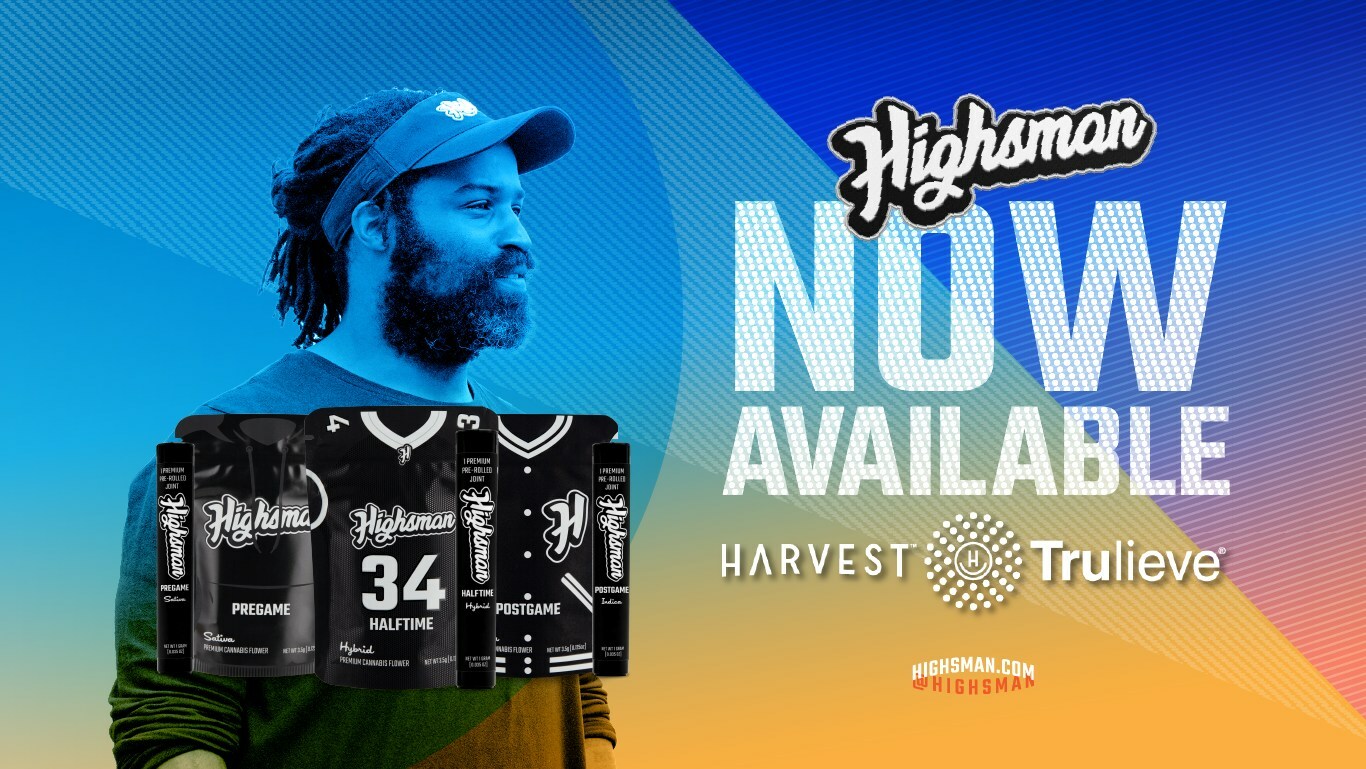 Highsman will be available statewide in all Trulieve and Harvest branded Arizona retail locations starting Friday, January 20. Photo via Trulieve

This Friday, the cannabis company announced that its new Highsman brand will be available as of January 20. Highsman has also partnered with producer Abundant Organics to sell its products onsite.

“Our expansion into Arizona is made possible through our retail partnership with Trulieve, and Abundant Organics, whose organic living soil cultivation techniques produce some of the cleanest and most flavorful flower I’ve tried,” said Ricky Williams, Founder and President of Highsman.

“Both partners clearly see the Highsman vision and share the same enthusiasm for physical and mental healing as I do. Highsman is for anyone seeking greatness, mental and spiritual well-being.”

The brand comes in eighths and pre-roll collections of indica, sativa or hybrid flower and was personally curated by Williams.

🏈 @highsman is an elite mentality that is defined by an appreciation for greatness, and it comes to life as the official cannabis lifestyle brand of legendary NFL running back, Ricky Williams.

📍Highsman Product Coming to a Trulieve / Harvest near you: 01.20.2023 pic.twitter.com/BauQ5UuVdq

Williams will be making personal appearances at some Trulieve and Harvest retail locations for a meet-and-greet on January 25-26.

“Trulieve is excited to launch this limited-time exclusive partnership with legendary NFL player Ricky Williams in Arizona, just weeks before the Super Bowl will be hosted in the state,” said Kim Rivers, CEO of Trulieve.

“Ricky was well-known for his belief in the power of cannabis during his playing days, and the Highsman brand reflects his values and passion for cannabis. We are proud to launch Highsman products in the Arizona market.”

Trulieve stock went down on Friday by 1.2 per cent to $0.11 on the Canadian Securities Exchange.

In this article:Trulieve, Trulieve Cannabis