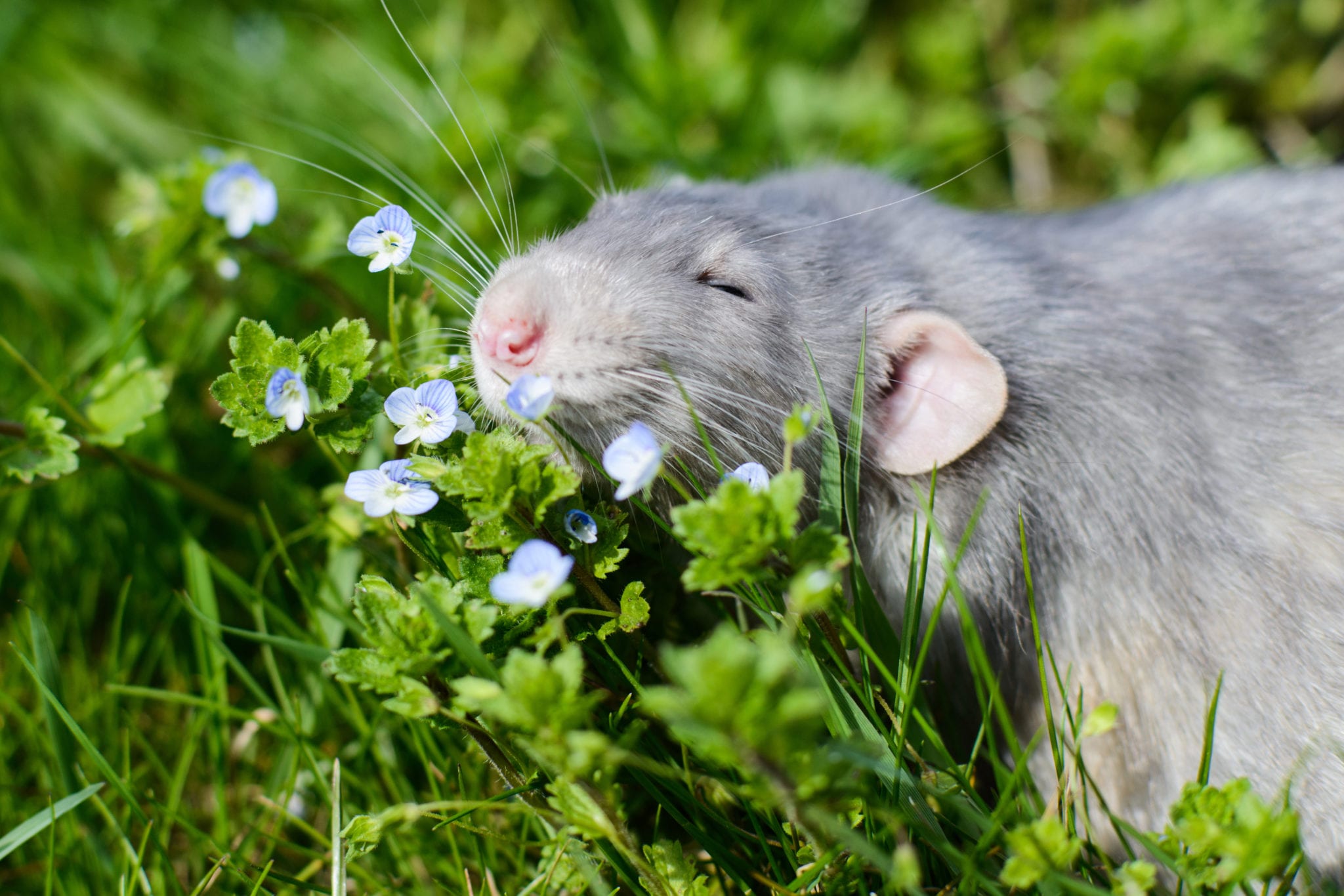 Terpenes, the smell-producing molecules responsible for marijuana’s herbal and skunky scents, work together with cannabinoids to produce unique psychoactive and medicinal effects.

That’s according to a recent study by researchers at the University of Arizona that shows terpenes stimulate cannabinoid receptors in the brains of mice, and produce unique effects when combined with cannabinoids.

According to these findings, terpenes could produce cannabinoid-like behaviors in humans co-author John M. Streicher tells Mugglehead in an email, adding that the observed effects in mice were clear and unambiguous.

“In addition, the cell culture experiments we performed were with human cannabinoid receptors, suggesting that terpenes would have an impact on human CB1 receptors in the brain,” Streicher explains. 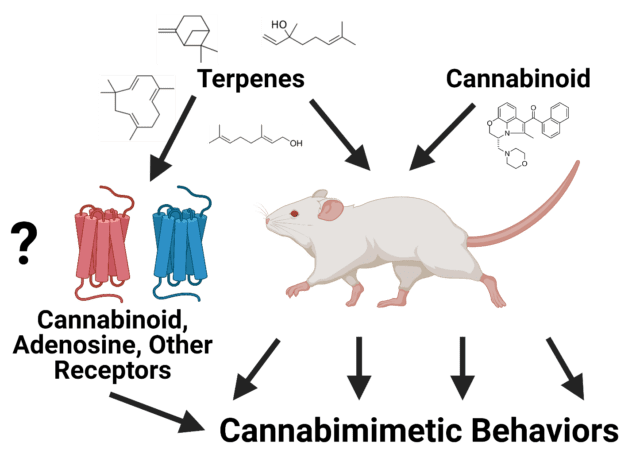 A chart showing that terpenes can lead to the same or similar effects as cannabinoids. Rodents are a great predictor of results in humans, researchers say. Submitted image

The study serves as evidence for the so-called entourage effect, where non-cannabinoids like terpenes produce unique effects when combined with cannabinoids such as THC.

The study mentions the plant itself is a “biopharmacy” containing hundreds of phytochemicals, many with medicinal properties.

“In principle, this suggests that terpenes could be used to enhance the analgesic properties of cannabis/cannabinoid therapy, without worsening the side effects of cannabinoid treatment.”

For the study, mice were tested for pain response and lack of movement, as well as immobilization caused by THC and hypothermia. Researchers measured pain behaviour by counting the seconds it took a mouse to flick their tail out of hot water.

Geraniol and α-humulene were moderately efficient in the pain-killing tests, while β-pinene was less efficient.

α-humulene, β-pinene, geraniol and linalool all reduced movement and caused significant hypothermia, but β-caryophyllene didn’t cause any hypothermia.

Cannabis is a ‘biopharmacy’ containing hundreds of medicinal phytochemicals

Terpenes are the compounds that interact with receptors in our noses to produce the sensation of smell. They’re abundant in coniferous trees: β-pinene gives pines their distinct scent.

α-humulene gives weed its earthy, woody smell, and β-caryophyllene is commonly found in the hops used to make beer.

Linalool, a terpene found in cinnamon, mint and other flowers, showed different molecular effects in male and female mice, but not in their behaviour. 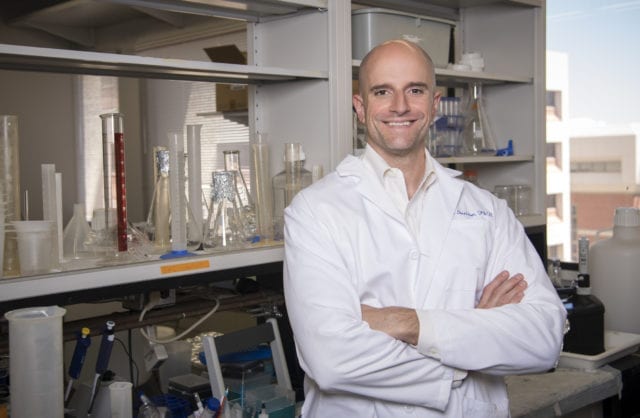 John M. Streicher is an assistant professor of pharmacology and neuroscience at the University of Arizona’s College of Medicine. Submitted photo.

“There may be differences with how linalool interacts with traditional cannabinoids, since these cannabinoids activate the CB1 receptor, while linalool may differ in CB1 interaction in males vs. females,” he added.

The paper mentions how other studies tried testing for the entourage effect but found no evidence of it. This could have been due to the type of cells they chose for the study and the lack of behavioural tests, the current study notes.

Streicher says his team’s ongoing research is testing the effects of inhaled or ingestion of terpenes, as well as other studies focusing on terpenes as non-opioid, non-cannabinoid treatments for chronic pain.

“So far, our unpublished findings suggest they could be [viable treatments], with reduced side effects compared to cannabinoids and opioids,” he said.