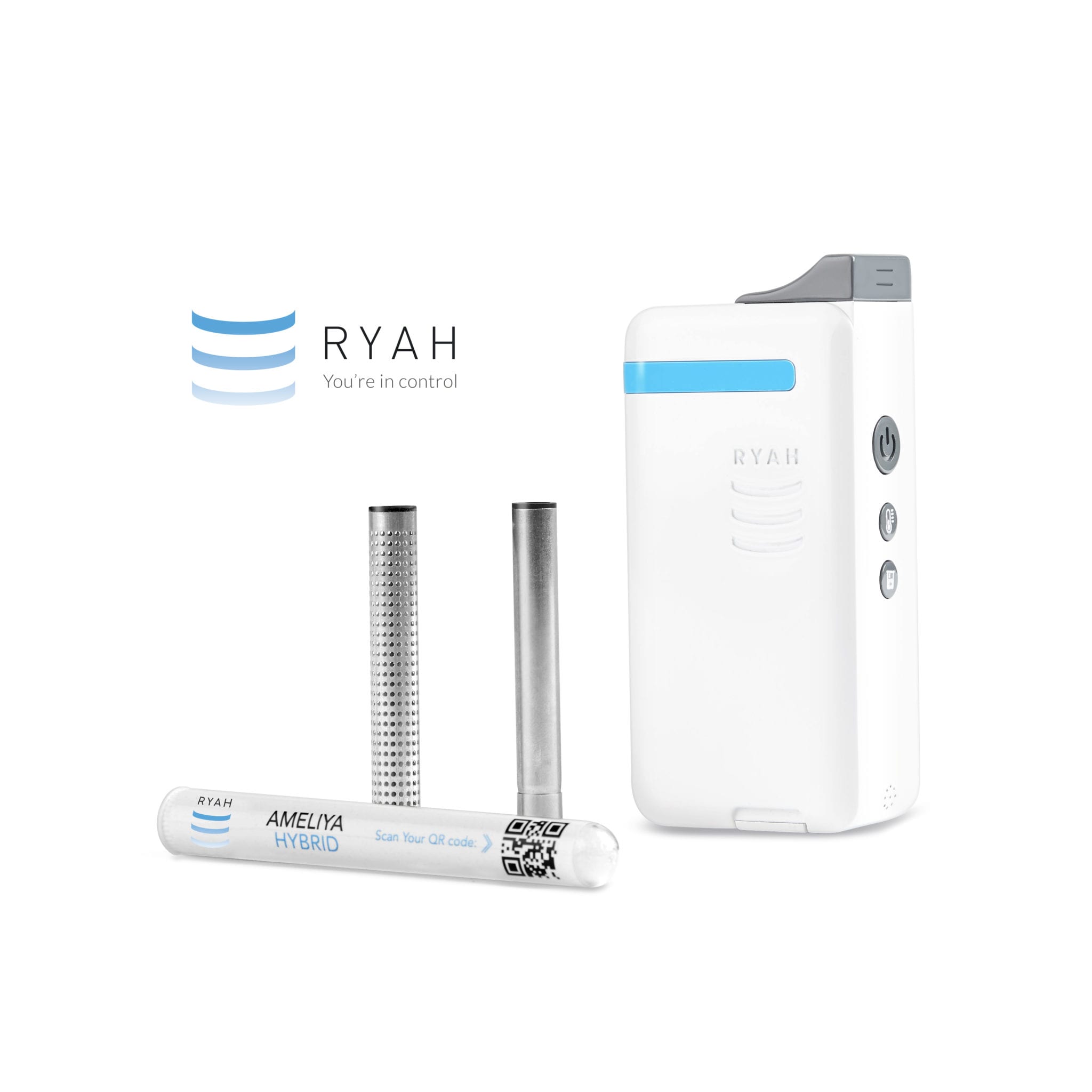 A stat-tracking medical cannabis vaporizer is one step closer to getting into key foreign markets, according to recent news from its manufacturer.

RYAH Medtech Inc. — a private company with plans to be listed on the Canadian Securities Exchange — announced Thursday its eponymous inhaler has passed key safety tests that will open doors to foreign markets.

“Our focus is delivering our device and data solutions to the U.K. and Europe — with focus on Germany, France, Spain, Switzerland — with Canada, United States applications close behind,” RYAH spokesperson Sofiya Kleshchuk told Mugglehead.

“It is worth noting that our proprietary cartridges are already a class l medical device licensed by Health Canada and we are in the preparation stage to file an application for the inhaler as well as a class II certified medical device,” she said.

Medical devices are certified in Canada by degrees of risk: a class I device being the lowest risk, like a thermometer, and class IV being the highest, like a pacemaker.

CE-RED NB is a regulatory framework set by the European Commission for radio equipment and IEC 60601 is a series of technical standards for the safety and essential performance of medical electrical equipment, published by the International Electrotechnical Commission.

Directive 60601 is a widely accepted benchmark for medical electrical equipment and compliance with IEC60601-1 has become a requirement for the commercialization of electrical medical equipment in many countries, the company said.

While its medical cannabis vaporizer has only been in commercial stage since August of this year, RYAH has executed several distribution deals around the globe, Kleshchuk said.

One of these is a five-year distribution deal in the U.K. for what could be the world’s largest medical cannabis study, she said. This 100,000 patient study will analyze the effectiveness of a specific strain of cannabis for chronic pain management.

RYAH’s devices and application interfaces have been selected as the dose control and data analytics partner for this study. 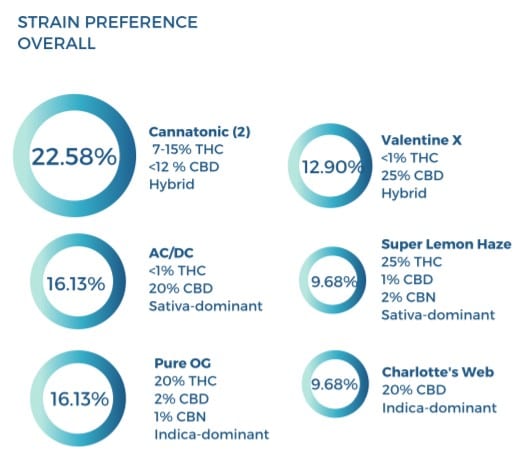 Strain preference data for seizure patients. Collected by RYAH’s inhaler and app between Jan. 1, 2018, and Nov. 28, 2019. Image courtesy of RYAH

In addition to providing a smoke-free way for patients to inhale medical weed, their device also connects to an app that tracks user data.

In a report published this month, the company released data collected from nearly 3,000 patients with epilepsy and seizure disorders. The data showed that while 75 per cent of the preferred strains were rich in CBD, the most popular was clearly Cannatonic (2), a hybrid with a balanced, medium concentration of both THC and CBD.

The company is also working on several clinical study-related deals in Europe with an eye on the expanding Latin American market.