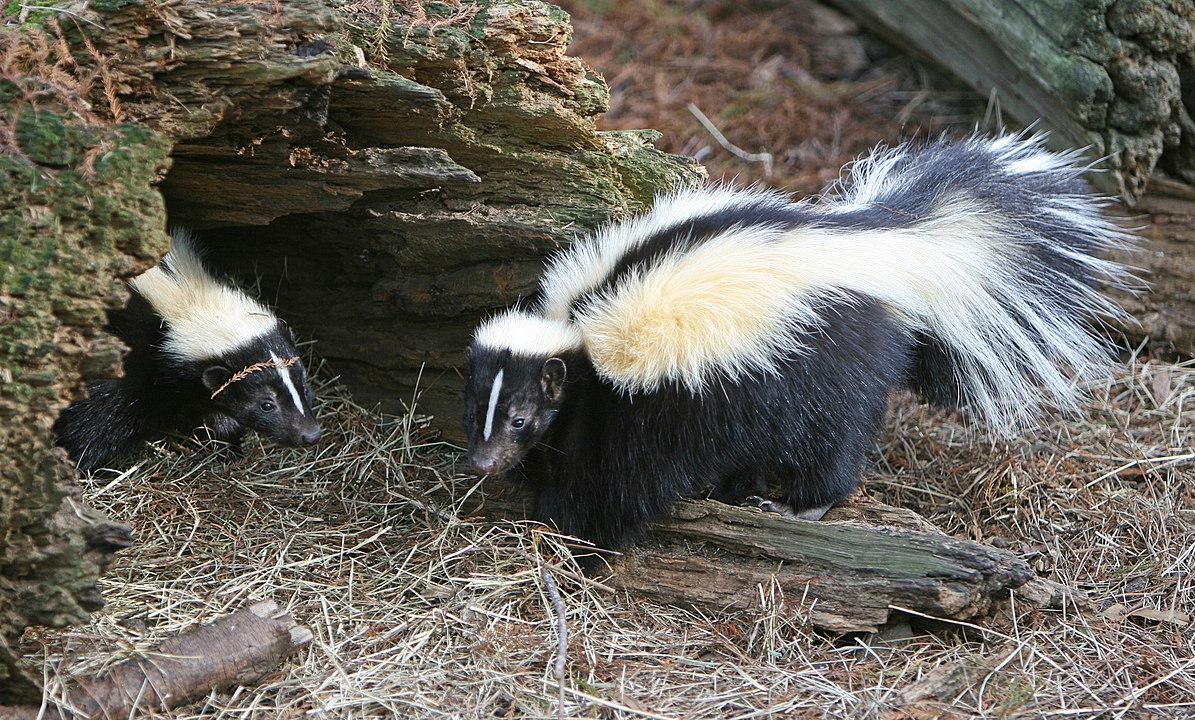 Photo by http://www.birdphotos.com via Wikimedia Commons

That skunky, gassy scent that some cannabis cultivars emit is thanks to recently identified scent-producing sulfur compounds that are almost identical to the ones found in garlic and skunk spray.

That’s according to a recent study published in the journal American Chemical Society that took a deeper look at what causes the distinct skunky smells in some types of weed, given that no combination of terpenes seem to produce this particular odour.

“The combination of multiple detectors, in tandem with two-dimensional gas chromatography to analyze cannabis, gave us the tools needed to parse through data and identify trends between certain compounds and the aromas of various cannabis cultivars,” lead author Iain Oswald said in a statement.

“Our data conclusively establishes a link between this new family of VSCs in cannabis and its pungent aroma.”

VSCs are part of a family of volatile organic compounds which also includes the terpenes and terpenoids that are responsible for stimulating your nose when you sniff dank buds of weed. 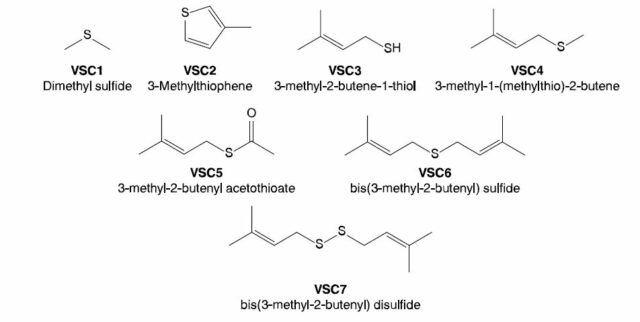 The study found that production of the skunk-smell molecule increased significantly toward the end of the flowering stage, peaked during curing and dropped substantially after 10 days of storage.

For the study, researchers analyzed 13 cannabis cultivars using two-dimensional gas chromatography (2DGC), coupled with other techniques to analyze substances such as mass spectrometry and sulfur chemiluminescence, a method that detects only compounds with sulfur.

A panel of four people smelled and ranked the pungency of the cultivars on a scale of 0-to-10. The panel found that the most pungent cultivar was Bacio Gelato, and had the highest concentration of VSCs. 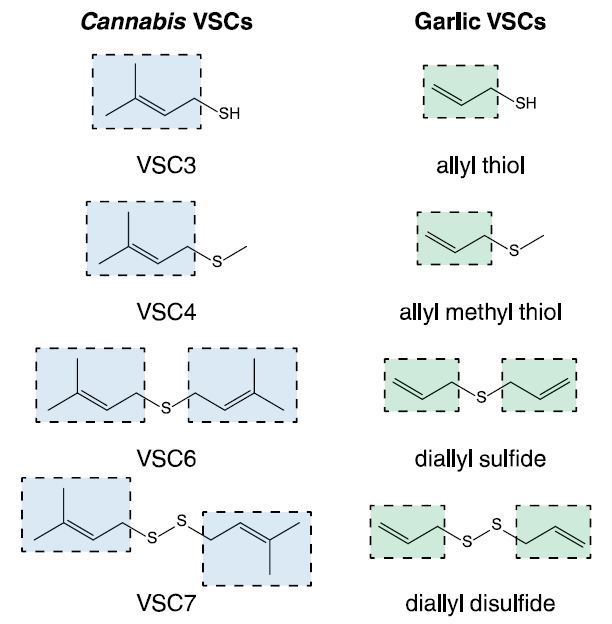 VSC3 is the skunkiest compound

The study discovered seven kinds of VSCs that gave cannabis its skunk-like aromas, but VSC3 was most abundant in the cultivar with the most stank.

To confirm that VSC3 was the main source of the skunky smells, researchers added a mixture of 10 other major aroma compounds from cannabis and were able to reproduce a weed-like aroma.

Different concentrations of molecules give each cultivar its particular aroma

OG Kush possesses a strong, pungent, fuel-like aroma that comes from high concentrations of ß-myrcene and ß-caryophyllene while Jack Herer has high amounts of terpinolene and D-limonene, creating a woody and citrus aroma.

But terpenes are only part of the story.

“I have suspected for years now that we were missing something in our understanding of this plant,” co-author and originator of OG Kush Josh Del Rosso said.

“Although terpenes have been hailed as the major source of the pungent scent of cannabis, we now know that it is this new class of VSCs.”

Over 200 scent compounds have been found in cannabis plants typically including terpenoids like ß-myrcene, a-and ß-pinene, D-limonene, ß-caryophyllene, terpinolene, and humulene, which can individually contribute up to 50 per cent of the aroma concentration.

The researchers say that the same anti-cancer and cardioprotective effects that come from some compounds found in garlic are also found in cannabis, and this should be enough reason to expand research in this area.