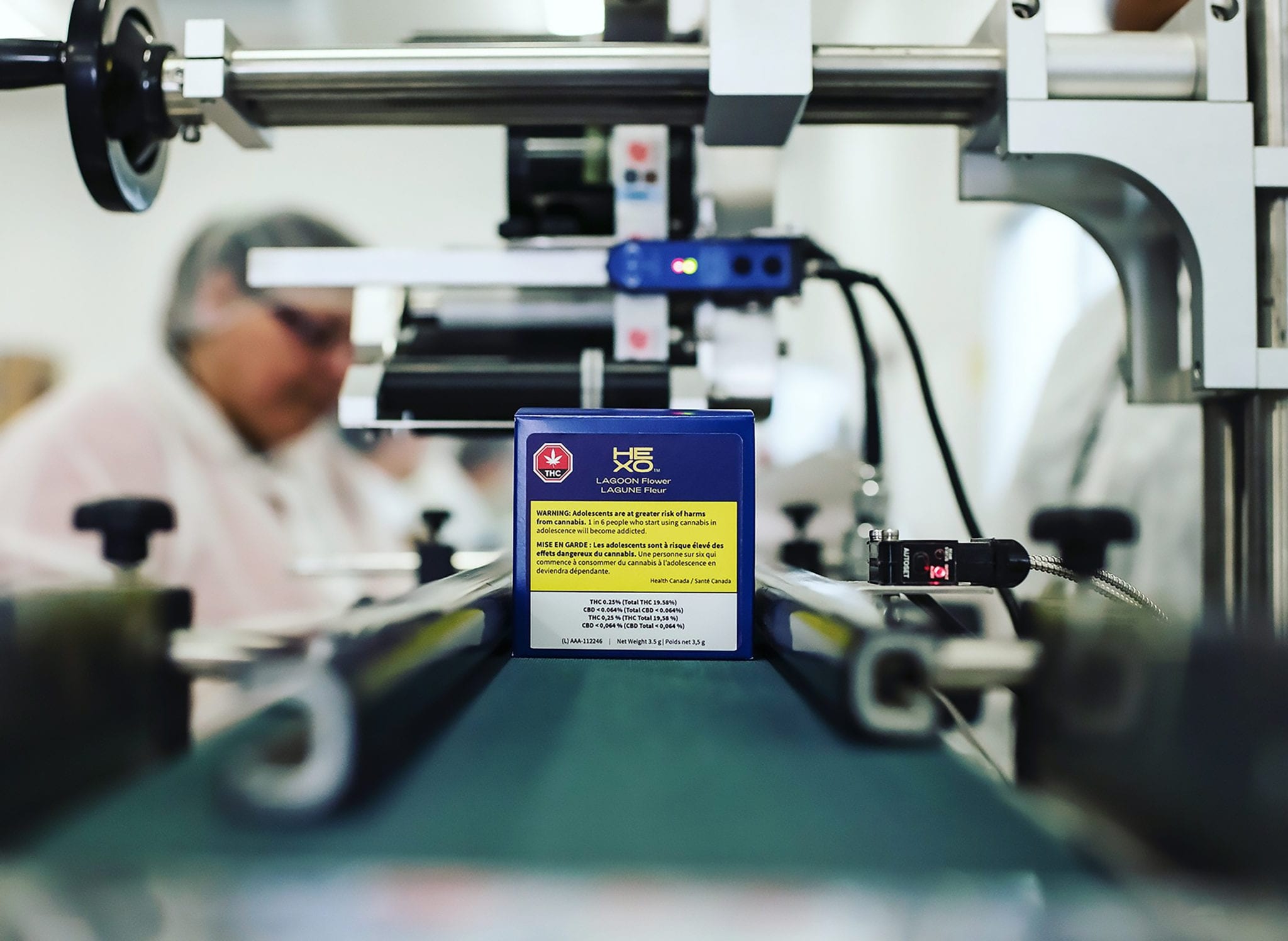 Hexo Corp. (NYSE:HEXO)(TSX:HEXO) got a big boost from Wall Street, which helped the pot stock jump 11 per cent Friday.

In a note titled, “Don’t Smoke the Kool-Aid,” MKM Partners analyst Bill Kirk initiated coverage on five Canadian cannabis companies and two U.S. multi-state operators with an overall cautious outlook on the sector. Although the analyst argues pot cultivators are at risk of becoming commoditized and less profitable, he was bullish on Hexo because of its brand-building potential.

Kirk gave the Quebec-based pot producer a “buy” rating with a one year price target of $12, which represented a 129 per cent premium over the stock’s closing price on Thursday of $5.24.

“We believe HEXO’s approach to be the working component of expert partners’ products has the best chance of creating a defensible brand (‘Powered by HEXO’),” Kirk wrote.

The move instantly gave the pot stock a shot in the arm as it closed us $0.60 Friday at $5.84. Similar to other marijuana stocks, Hexo has been struggling since March, down more than 35 per cent in the past six months.

Analyst optimistic about Hexo’s goals for 2020

Not only bullish on Hexo’s brand power, Kirk said the company’s goal of hitting $400 million in revenue for 2020 should have investors more excited. He also noted Hexo has a better balance sheet than other marijuana companies with with around $171 million in the vault and only $30 in debt to offset it.

But the analyst also mentioned that some of his peers are more skeptical whether Hexo can reach the lofty revenue target. In the quarter, the company posted sales of just $13 million — and over the past three quarters, net revenues have reached only $32 million.

Fiscal 2020 starts soon and the pressure will be on for Hexo to be able to reach its own revenue goal. Adding to the pressure, investors are more hungry for profits than ever in the cannabis space, so focusing mainly on sales may not be enough to get the markets bullish and rally the stock to $12.

However, the acquisition of Newstrike earlier in the year puts Hexo in a good spot to expand its production facilities and continue to invest in developing new product formats ahead of Legalization 2.0 in Canada later this year.

Hexo’s biggest wild card might be its potential to make a splash in beverages market, as it teamed up with alcohol giant Molson Coors Canada, which has claimed the two will be able to take close to one-third of the market share for cannabis-infused beverages once they become available for sale. The companies expect to be on track to have their cannabis beverages on store shelves by mid-December, which is the earliest that beverages, edibles and derivative products will be able to be sold in Canada.

An even more bullish analyst, amid diminishing trust in the pot sector

MKM Partners wasn’t the only major Wall Street firm to endorse Hexo. Bank of America have also given the stock a “buy” rating with the even higher price target of $14.

The rating has remained intact since April and at that time, analyst Christopher Carey called Hexo the “top cannabis stock pick.”

To its credit, Hexo has avoided the negative headlines that have been plaguing the legal industry and causing some investors to lose trust. But Hexo hasn’t been immune to the dark cloud looming over the sector and has fallen like many other pot stocks.

With the expectations now set as high as they are, the pressure’s on for Hexo to perform, which may prove to be challenging, especially if the rollout of the retail market in Canada continues to be problematic next year. But unlike its peers, some analysts believe Hexo is the best opportunity today to invest in an early cannabis brand leader.

Here is the entire list of weed stocks the MKM Partners analyst initiated coverage on: