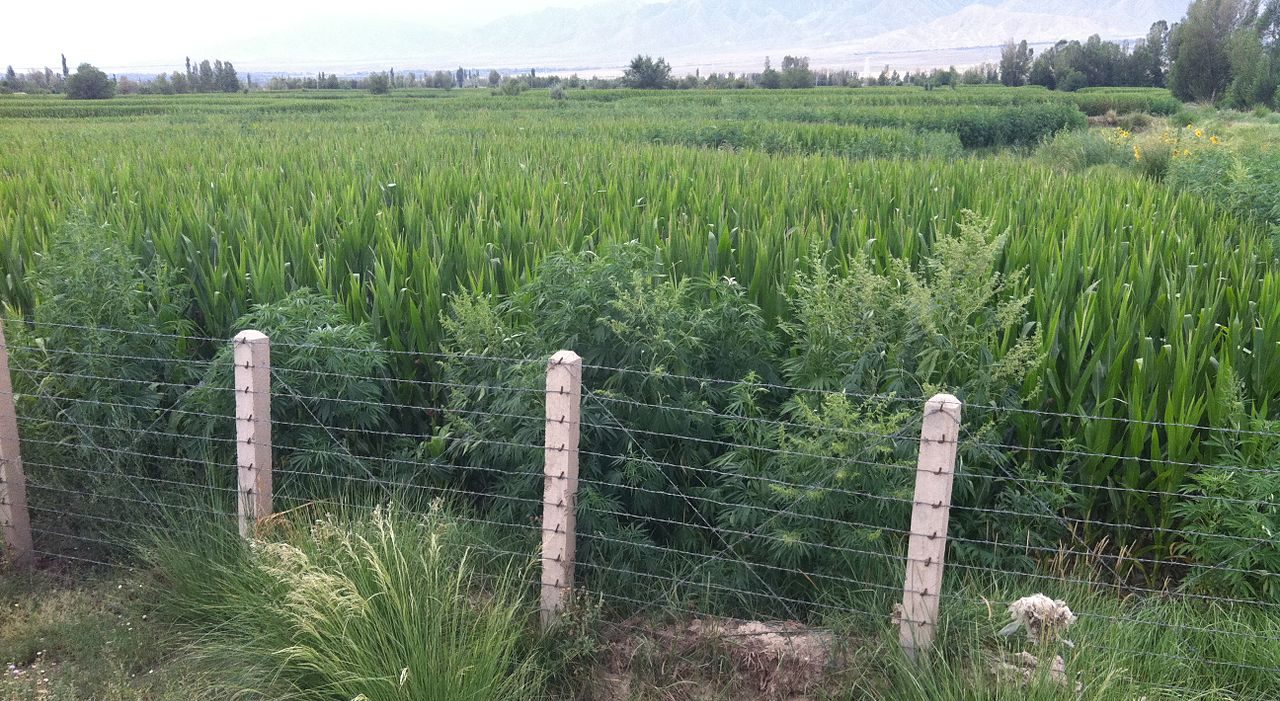 Feral cannabis by the roadside in Jiuquan, Gansu. Photo by Matthew Summerton via Wikimedia Commons

Following extensive investigation, scientists have uncovered the world’s oldest domesticated weed, which was grown alongside the first food crops in ancient China more than 12,000 years ago.

That’s according to a study published in the journal Scientific Advances, which found that all cannabis plants we know today came from a previously undiscovered type called “basal cannabis” that was used in the region known today as Northwest China.

“Our study thus provides new insights into the domestication and global spread of a plant with divergent structural and biochemical products at a time in which there is a resurgence of interest in its use, reflecting changing social attitudes and corresponding challenges to its legal status in many countries,” reads the study authored by plant geneticists from international universities including the University of Lausanne in Switzerland, Lanzhou University in China, the Royal Enclave Srirampura in India and Quaid-i-Azam University in Pakistan.

Researchers found that basal cannabis had the same genes as hemp plants, characterized by their fibre production as well as the genes that encode for enough THC to produce psychoactive effects.

Cannabis plants with particular traits were later selected for and grown depending on use, spreading all over the world.

“Despite its ancient use dating back thousands of years, the genomic history of domestication of cannabis has been understudied compared to other important crop species, largely due to legal restrictions.”

The study explains that tracing the plant’s history has been an arduous task for plant researchers because of the gene mixing of plants coming from clandestine growing of drug-type cannabis, and the inclination of domestic weed plants to become feral. 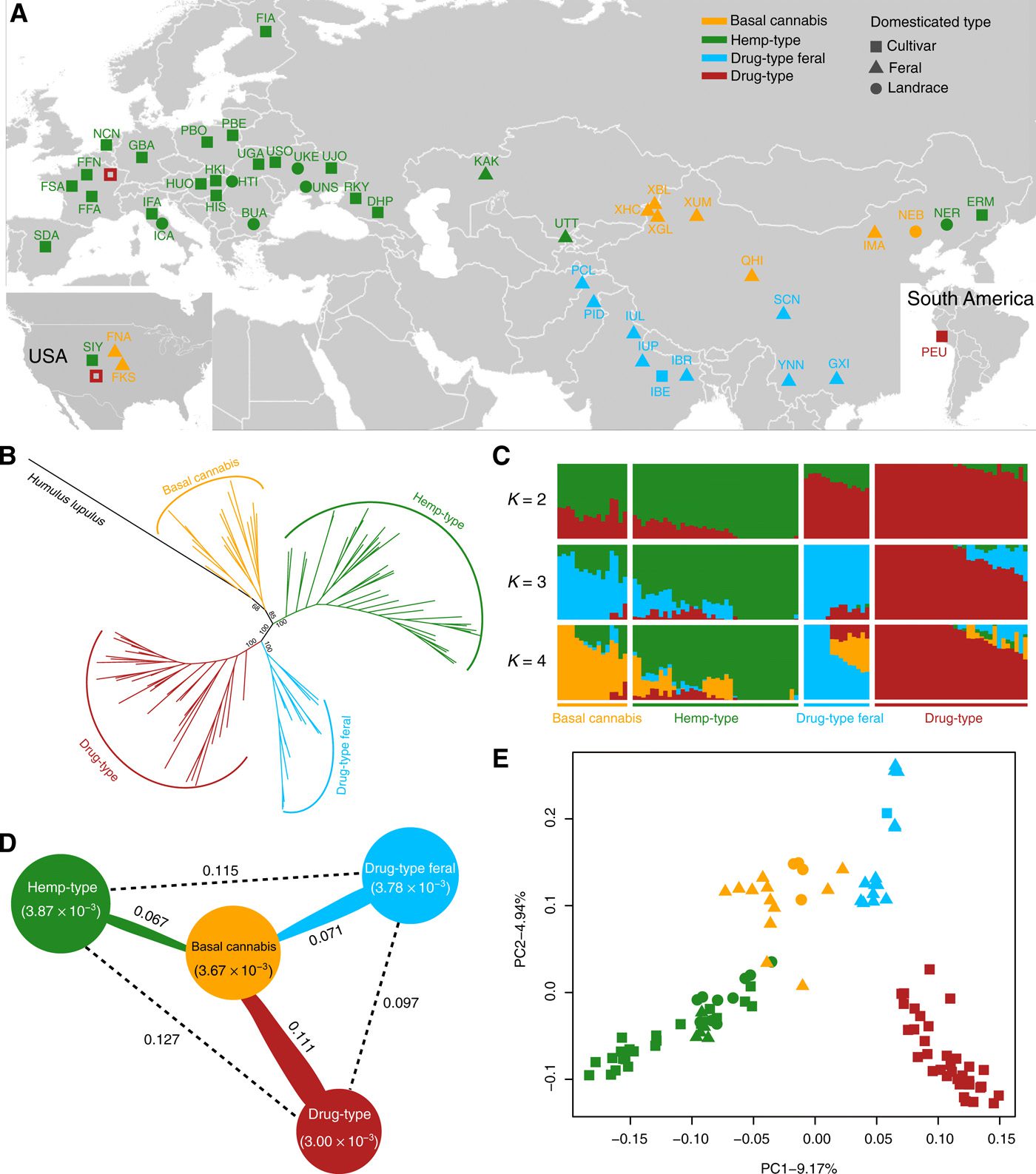 Researchers broke down the gene expression in each major type of cannabis. Image via ‘Large-scale whole-genome resequencing unravels the domestication history of Cannabis sativa’

“Contrary to a widely accepted view, which associates cannabis with a Central Asian centre of crop domestication (mostly based on feral plant distribution data), our results are consistent with a single domestication origin of C. sativa in East Asia, in line with early archaeological evidence,” explains the study.

The study also suggests, based on a broad sample collection, that pure wild progenitors of cannabis have gone extinct.

While cannabis is usually classified by the subspecies indica and sativa, pot smokers’ favorite plant is just one species called Cannabis sativa Linnaeus.

The drug-type categories included plants that have enough THC to produce psychoactive effects.

Seeds and leaves for the research came from commercial stores and agronomic companies, as well as from the germplasm collection Vavilov Institute of Plant Genetic Resources, one of the largest collections of seeds and living plants in the world.

Basal cannabis is a sister genetic lineage to the one that gave rise to the strongly selected hemp and marijuana cultivars known today worldwide, from which it diverged about 12,000 years ago, explains Luca Fumagalli, study co-author and professor at the University of Lausanne in Switzerland.

“It is composed of feral plants and landraces currently distributed in modern China possibly for multi-purpose usage (fibre, food, insecticide, medicinal), much less selected for high fibre or cannabinoid production than hemp and marijuana,” he tells Mugglehead in an email.

Scientists characterized the genetic relationships among the collected cannabis plants with phylogenetic analysis, a technique used to study the evolutionary history of a species.

The four types of weed were categorized based on genes that control the production of the popular cannabinoids CBD and THC, which are suspected to be part of the plant’s defense mechanism, evolutionarily speaking. 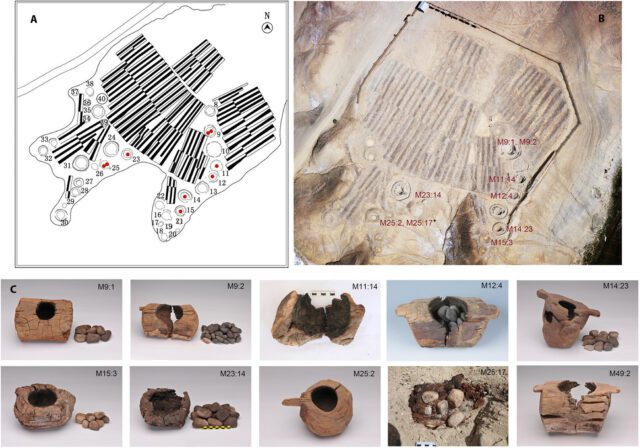 Wooden braziers excavated from the Jirzankal Cemetery in Western China were used to smoke weed more than 2,500 years ago during funerary rites. Photo via ‘The origins of cannabis smoking: Chemical residue evidence from the first millennium BCE in the Pamirs’

Genetic testing isn’t the only evidence that cannabis was popular in old Chinese traditions.

Some studies have shown that cannabis was smoked for its psychoactive effects during funerary in Western China around 2,500 years ago. Wooden braziers with traces of THC were found at Jirzankal Cemetery in the Eastern Pamirs region.

Other research has uncovered 2,400–2,800 year old cannabis plant remains in a tomb at Jiayi Cemetery of Turpan in Northwest China.