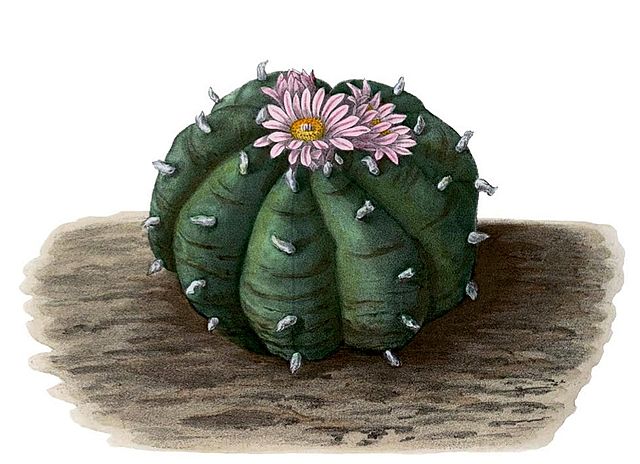 Photo via Wikimedia Commons - Schumann, Gürke & Vaupel - "Entheogenic cacti that contain phenethylamine compounds such as mescaline can be beneficial in healing drug and alcohol addiction," read the recently passed resolution.

The Golden State has now added one of its cities to the list of urban centres where possessing plant-based psychedelics will no longer potentially result in legal consequences.

On Tuesday, lawmakers in the city of San Fransisco unanimously voted to decriminalize psychedelic substances such as ayahuasca, psilocybin mushrooms and cacti containing mescaline like peyote or san pedro.

The passed resolution sponsored by Dean Preston (District 5) and Hillary Ronen (District 9), two attorneys and members of the San Fransisco Board of Supervisors, will render legal action against psychedelic users to be the “lowest priority” for law enforcement in the city and also urges the California government to decriminalize entheogenic plants state-wide.

“Practices with Entheogenic Plants have long existed and have been considered to be sacred to human cultures and human interrelationships with nature for thousands of years, and continue to be enhanced and improved to this day by religious and spiritual leaders, practicing professionals, mentors, and healers throughout the world, many of whom have been forced underground,” read the resolution.

Congrats to #SanFrancisco!!! Unanimous decision to decriminalize entheogenic plants and fungi thank you to @decrimsf for all of your hard work and the courageous leadership of @deanprestond5 and @HillaryRonen pic.twitter.com/bk3xFQZene

“I’ve now confirmed that SB 519 – decriminalizing possession and use of small quantities of certain psychedelic drugs – was amended by the Assembly Appropriations Committee to remove the decriminalization aspect of the bill,” said California Senator Scott Wiener.

“As a result, the soon-to-be-amended version of SB 519 is limited to a study. While I am extremely disappointed by this result, I am looking to reintroducing this legislation next year and continuing to make the case that it’s time to end the War on Drugs. Psychedelic drugs, which are not addictive, have incredible promise when it comes to mental health and addiction treatment. We are not giving up,” added Wiener.

The resolution was inspired in part by grassroots organizations like Decriminalize Nature San Fransisco.

“I am proud to work with Decrim Nature to put San Francisco on record in support of the decriminalization of psychedelics and entheogens,” said Supervisor Preston, co-sponsor of the resolution.

“San Francisco joins a growing list of cities and countries that are taking a fresh look at these plant-based medicines, following science and data, and destigmatizing their use and cultivation. Today’s unanimous vote is an exciting step forward,” added Preston.