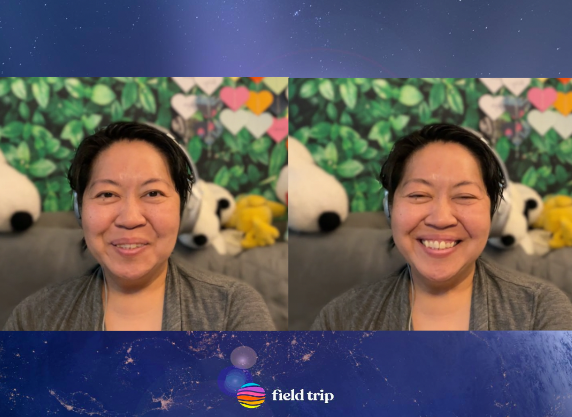 A cancer patient suffering from end-of-life anxiety has now experienced the therapeutic benefits of psychedelic-assisted therapy at an Ontario clinic.

Yokoi, 47, recently participated in a ketamine therapy session on August 10 and a psilocybin-assisted session on August 19 in Toronto. The treatment was intended to assist her with end-of-life anxiety associated with her terminal illness after receiving approval to participate in the new Special Access Program (SAP) from Health Canada.

The introduction of that program follows an amendment to federal regulations from the Canadian government in January allowing physicians to request restricted substances on behalf of patients.

The ketamine lozenges taken by Mio were provided by a local Toronto pharmacy and psilocybin was provided by Filament Health Corp. (OTCQB: FLHLF) (NEO: FH) (FSE: 7QS). Both of Mio’s treatments were held at the Field Trip Health clinic in Toronto with the ketamine session lasting approximately one hour and the psilocybin treatment lasting about three hours.

Yokoi described ketamine therapy as “gentle, dissociative but not in an uncomfortable way, warm, like a hug, a dreamy sort of experience, very beneficial overall.”

She said that if one was suffering from end-of-life anxiety, existential distress or treatment resistant depression that this kind of therapy was an avenue they should investigate.

She added that psilocybin was equally impactful but different and that it was a very intense and powerful teaching experience. Mio said there were things brought to her attention about herself during the session that she may have otherwise shied away from and that the mushroom was correct with what it was showing her.

Yokoi says she is still working through some of the things that were brought up during the psilocybin session and that she was very grateful for the experience. Dr. Verbora helped arrange and oversee her recent treatments.

In addition to Dr. Verbora’s medical education, he also completed a one-year program in psychedelic psychotherapy at the California Institute of Integral studies and took MDMA training from the Multidisciplinary Association for Psychedelic Studies (MAPS).

When asked what he thought about the legal status of substances like psilocybin, and whether he was optimistic about future access for individuals that wouldn’t require dire circumstances such as a cancer diagnosis — Verbora stated that, “anything that comes from the earth is really humanities medicine and no-one should be able to regulate it as long as you’re not hurting yourself or other people.”

However, he said that adequate research, science and data was necessary with these kinds of psychedelic substances so that governments and insurance companies will pay for treatment for those who really need it.

“The hoops you have to jump through to get psilocybin through the SAP in Canada are just ridiculous, it takes multiple hours of free labour to arrange because we do not charge patients for most of this work and we have to be very selective about who we apply for because of the level of difficulty associated with attaining approval,” said Verbora.

He also added that several people apply for these kinds of therapy through the SAP and the vast majority of them will be denied.

That being said, Verbora stated that the data for these kinds of drugs very clearly shows that they are safe and effective and that it makes no sense for them to be regulated so strictly.

“It makes no sense at all from a scientific standpoint,” said Verbora.

“These kinds of treatments will revolutionize mental health and the way we approach pain and suffering in general. By alleviating suffering through these molecules and therapy I think we can build a more empathetic world with greater concern for one another and the environment.”

Verbora says that when he considers the Hippocratic Oath he took and the commandment to “do no harm” along with his knowledge regarding the safety of psychedelic therapy — he believes he is honouring that oath with his recent undertakings in the field.

“The oath isn’t ‘do the science sponsored by the drug manufacturer’, and often times that is what we end up doing. Psychedelic therapy actually has the potential to shake people at the core of who they are and tap into the root causes of their mental health conditions.”