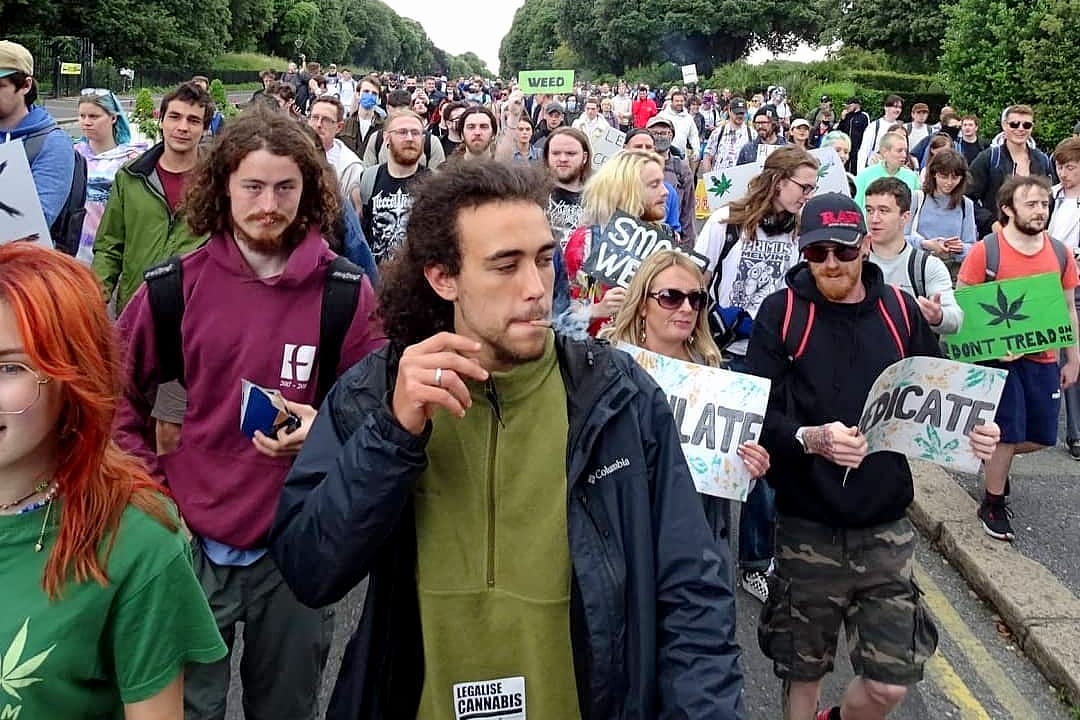 Photo via Major Smoke Up

A crowd of demonstrators took to the streets of Dublin over the weekend to demand the Irish government reform the country’s cannabis laws.

Protestors showed up with signs, bongs and corn cob pipes, calling for full recreational and medical cannabis use, as well increased accessibility to the plant.

MGCR’s stated goals are to reduce cannabis stigma in Ireland, to liberalize current cannabis policy and to increase access to the plant in a market ran by users.

“Cannabis is illegal recreationally. It is barely permitted medically, on a case-by-case basis only,” spokesperson David Smullen tells Mugglehead in an email.

“As such, we have unfortunate situations whereby, for example, parents whom have been approved a medical licence to obtain cannabis for their child, have had to travel to the Netherlands in order to fulfil the prescription,” he explains. “This is obviously unacceptable and unviable.”

Due to a lack of official sources on home soil, patients say they’re often forced to go to other countries like Spain to fill their cannabis prescriptions. As domestic production isn’t authorized, all medical cannabis in Ireland is imported.

While cannabis use is still not socially accepted in Ireland, the fact the protests are able to proceed is a good step forward, Smullen says. 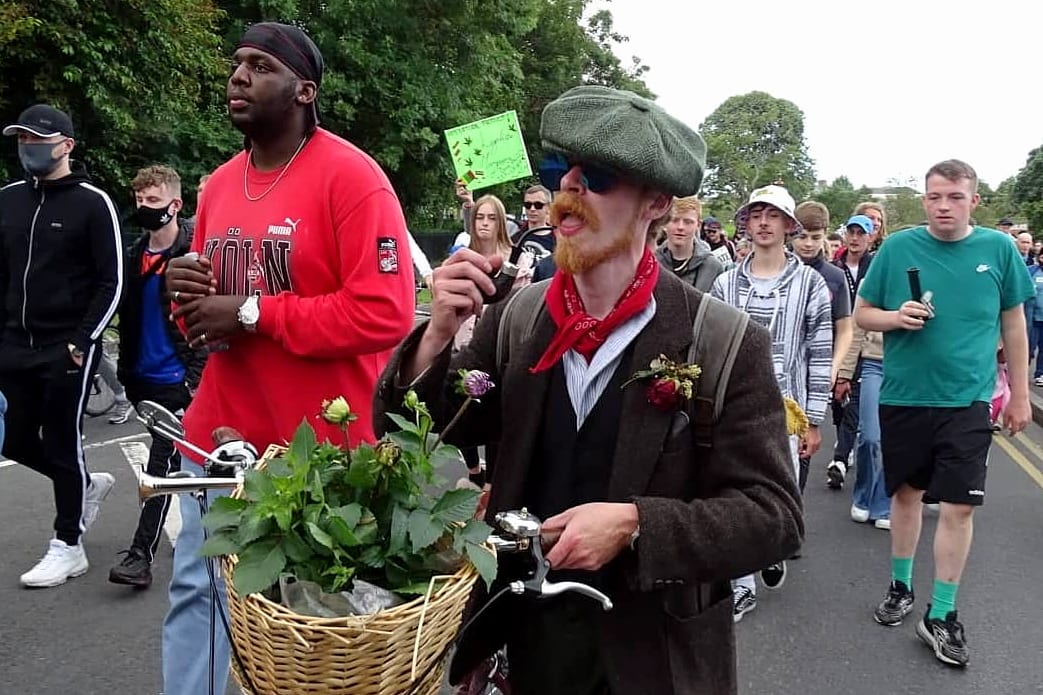 While Ireland does have a medical cannabis program, with a lagging domestic supply patients have to leave the country to fill prescriptions. Photo via Major Smoke Up

Almost two years after medical cannabis legislation was introduced in June 2019, the Republic of Ireland’s Health Minister Stephen Donnelly announced the funding this January for a five-year pilot Medicinal Cannabis Access Programme.  The program follows the Health Products Regulatory Authority in its report Cannabis for Medical Use – A Scientific Review.

Provisions for funding and rollout of the program were published this January, but were criticized by activists for only including a limited number of medical conditions.

The only ones listed are treatment-resistant conditions, including abnormal muscle tightness from multiple sclerosis; nausea and vomiting from chemotherapy; and symptoms of severe epilepsy.

The march itself was escorted by members of Ireland’s national police force, who engaged with attendees before and during the march. Protestors did a loop around one corner of Phoenix Park near the Criminal Courts of Justice, Director of Public Prosecutions and An Garda Síochána Headquarters.

“We were delighted to learn that they did not feel the need to police the Major Smoke Up event, once the march had ended they left and allowed everyone in attendance to enjoy the festivities,” says MGCR member Charlene Flynn.

“We stopped outside all of these locations to chant ‘We are not criminals,'” she says. The group then returned to the Wellington Monument for festivities such as raffles, talks and weed-themed entertainment.

Other activists campaigning to reform Ireland’s law include Vera Twomey. She started advocating for legal cannabis after relying on the plant to treat her 11-year-old daughter’s seizures caused by a severe form of epilepsy.

Getting ready to transfer the next €9500 for next prescription. A simple adjustment would allow Bedrocan patients to be funded the same as future patients on CAP. Can you make this adjustment to help us @lukeming @DonnellyStephen @MichaelC_IND_TD @DonnellyStephen #talktovera

Twomey criticizes the high cost of medications and the way medical cannabis is funded, as patients need to pay thousands of Euros in advance and wait several weeks to be refunded by the health service.