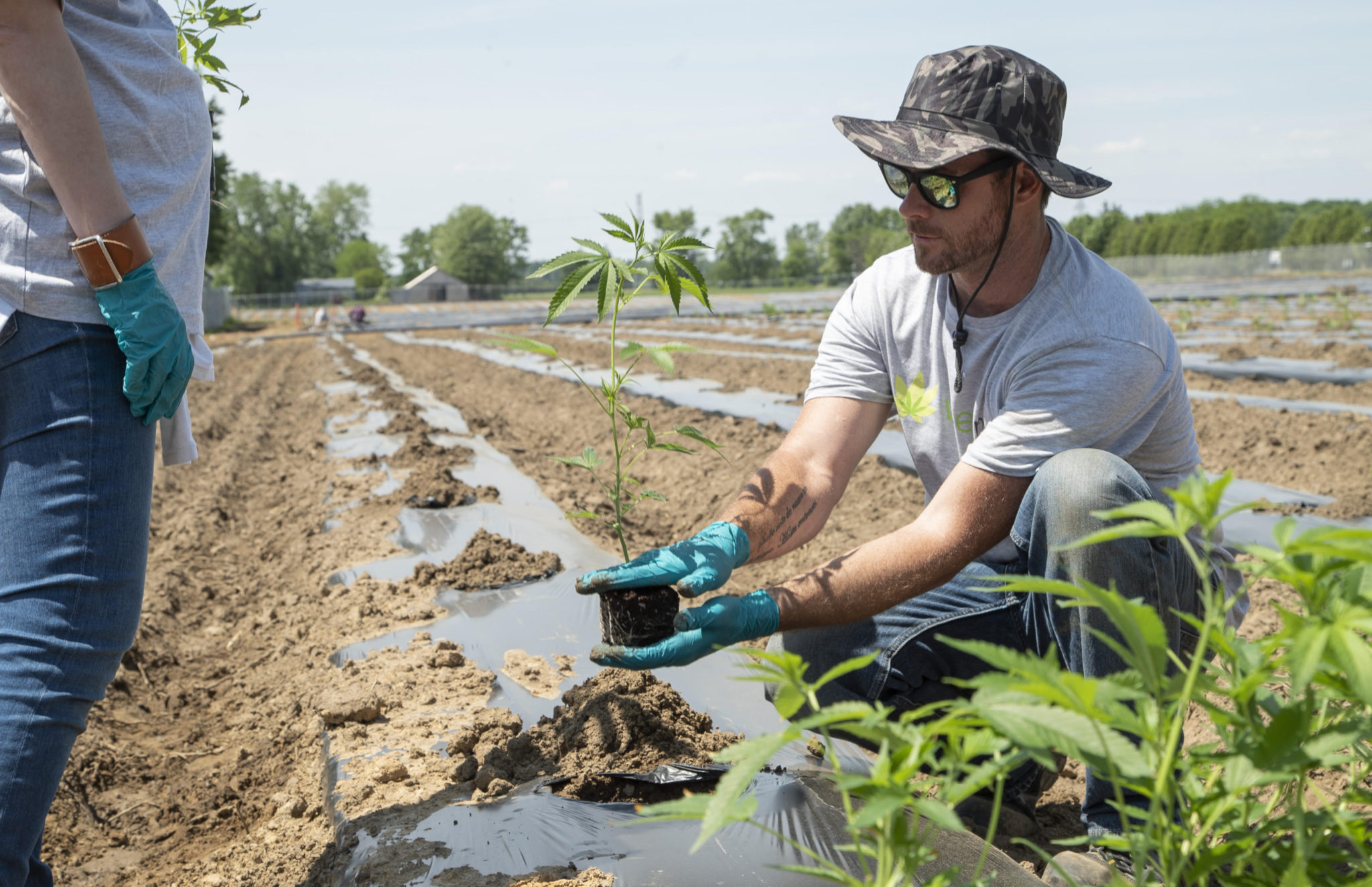 As outdoor cannabis licences nearly double in 2020, growers say COVID-19 won’t hold back the coming planting season — and some analysts are predicting the flood of low-cost production will create an oversupply scenario in Canada’s weed market.

But the federal agency told Mugglehead that as of April 30 it had issued 363 cannabis licences in total. Forty-six of them authorize companies to grow weed outdoors. Twenty of the outdoor licences were granted in 2020.

Of the 46 licences that include outdoor cultivation: 28 are for standard cultivation, 15 are for micro cultivation and three are for nursery cultivation.

Health Canada’s most recent statistics show that licensed outdoor canopy exceeded indoor for the first time last November by 450,000 square metres. The agency says it still has 70 applications in-queue that include an outdoor area.

Aleafia Health (TSX: ALEF) was one of the few producers to harvest in 2019, while boasting that it grew the cheapest legal pot in the country.

While licensed indoor operators have said they’re aiming to keep all-in production costs around $1 a gram, Aleafia said it grew 12,747 kilograms of dried flower at $0.10 a gram at its 26-acre Port Perry, Ontario facility.

The Toronto-based company says that since the province deemed cannabis businesses essential during the pandemic, their outdoor cultivation season will begin this month as planned and hasn’t experienced any delays due to the pandemic so far. 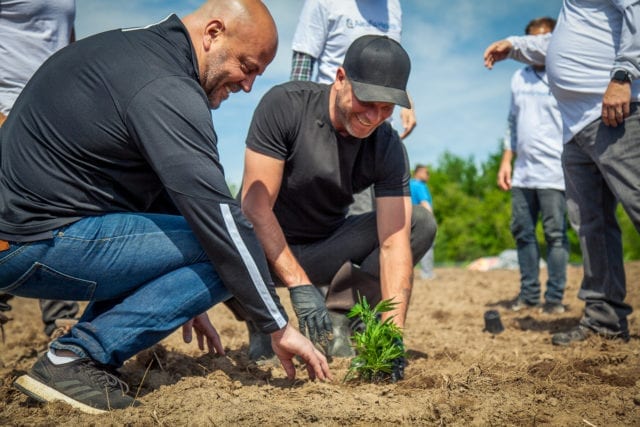 “The scale of our 86-acre property obviously lends itself very well to social distancing and that is something we will practice diligently when we commence planting in May,” CEO Geoff Benic said in an email. “COVID-19 has resulted in a dynamic and fluid environment where it’s critical to be able to adapt quickly.”

Aleafia said they’ve only been allowed to grow on 26 acres to date, but an additional 60 acres is ready to plant pending a licence amendment.

The Toronto-headquartered peer grew 8,000 kilograms at around $0.16 per gram at its 27-acre licensed facility in Strathoy, Ontario.

Head cultivator Curtis Wallace said that COVID-19 hasn’t slowed preparations for this year’s planting season, and clones are ready to be planted next month.

“In terms of planting in the first week of June, we are currently ahead of schedule,” he said over the phone . “So the field is almost done being prepped, the clones have been cut and everything’s running smoothly right now.”

‘It’s all about genetics’

Wallace expects a surge in outdoor growing this year, but he says the company already having a full growing season under its belt gives it a unique market advantage.

“When you grow outdoors it’s all about the genetics,” he said. “And last year we sampled over 30 of WeedMD’s genetics to really see how each cultivar works outdoors.”

According to Wallace, licensed producers that have considered growing outdoors sometimes scrap the idea when factoring in variables like Health Canada’s strict rules and the country’s harsh winters. 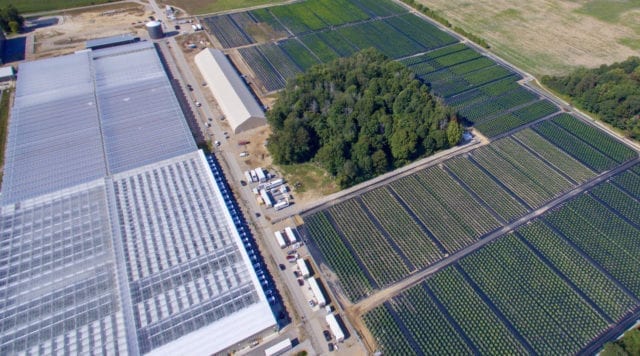 But WeedMD learned how to navigate Health Canada’s good production practices guidelines a lot last year while maximizing the minimum 75 to 90 frost-free days required to grow weed outdoors, he said.

“We’ve learned a lot about our genetics — about workflow, about the field, about our processes, and all while working within Health Canada regulations and GPPs,” Wallace said.

Because there’s so much to learn, he anticipates it will likely be a year of experimenting with genetics for companies that only recently became licensed.

When industry titan Aurora Cannabis (TSX: ACB) received two licences last July for outdoor facilities in Quebec and B.C., the company said it would use the first one-and-a-half growing seasons for research and development purposes only.

An Aurora spokesperson said both outdoor grow operations are chugging along, and the facilities haven’t faced any operational impacts as a result of the pandemic.

For Page, its a long game and science, as much as people expect results overnight, is really is a long term commitment, according to the weed giant.

Fellow cannabis heavyweight Canopy Growth (TSX: WEED) got a licence last June for an 160-acre outdoor cultivation site in Saskatchewan. But unlike its peer, spokesperson Jordan Sinclair said the company will be producing for the second straight growing season, even despite COVID-19. 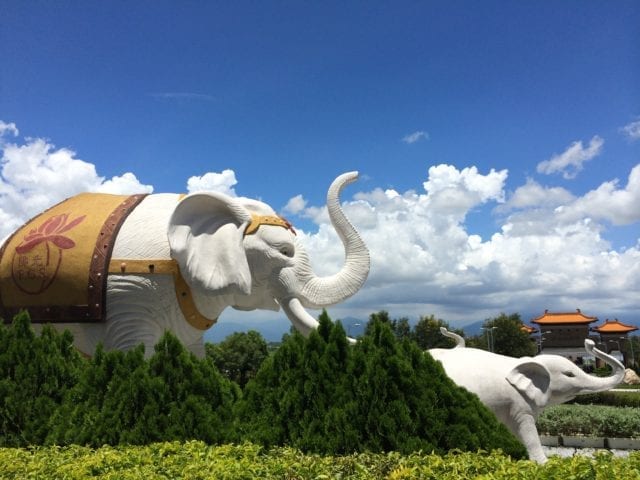 For Jerome Hass, an analyst with Lightwater Partners in Toronto, more outdoor growing this year means the Canadian market will be flooded with cannabis by summer.

He points to a report published by investment bank Raymond James in January that forecasted wholesale prices in Canada dropping from around $6 a gram to $0.50 by the summer as supply increases.

“You have these companies that have invested millions of dollars in greenhouses and they were white elephants before they even finished completing them,” Hass told Mugglehead late March.

For Wallace at WeedMD, more outdoor production will likely disrupt wholesale costs and increase pressure on margins of indoor growers — especially in provinces with more expensive electricity like Ontario.

But he said both indoor and outdoor have their pros and cons — ultimately, it’s up to consumers to decide.

According to Cannabis Benchmarks, the wholesale price for a gram of legal weed in Canada cost $6.41 on May 1, which is actually up 3 cents since the start of the year. 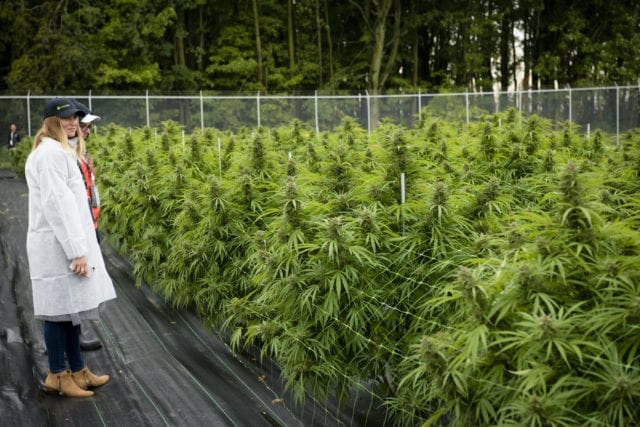 Wallace, who grew weed for years under Canada’s first commercial production regime, the Marijuana for Medical Purposes Regulations, says indoor can be grown year round compared to four months outside.

But Wallace added low-cost outdoor supply should continue to fuel the production of cannabis 2.0 products like vape pens, edibles and beverages.

“There’s definitely a lot of opinions out there. It’s really subjective,” he said. “But you still have a part of the market that will pay on the higher end for flower that’s going to have that so-called ‘bag appeal.'”