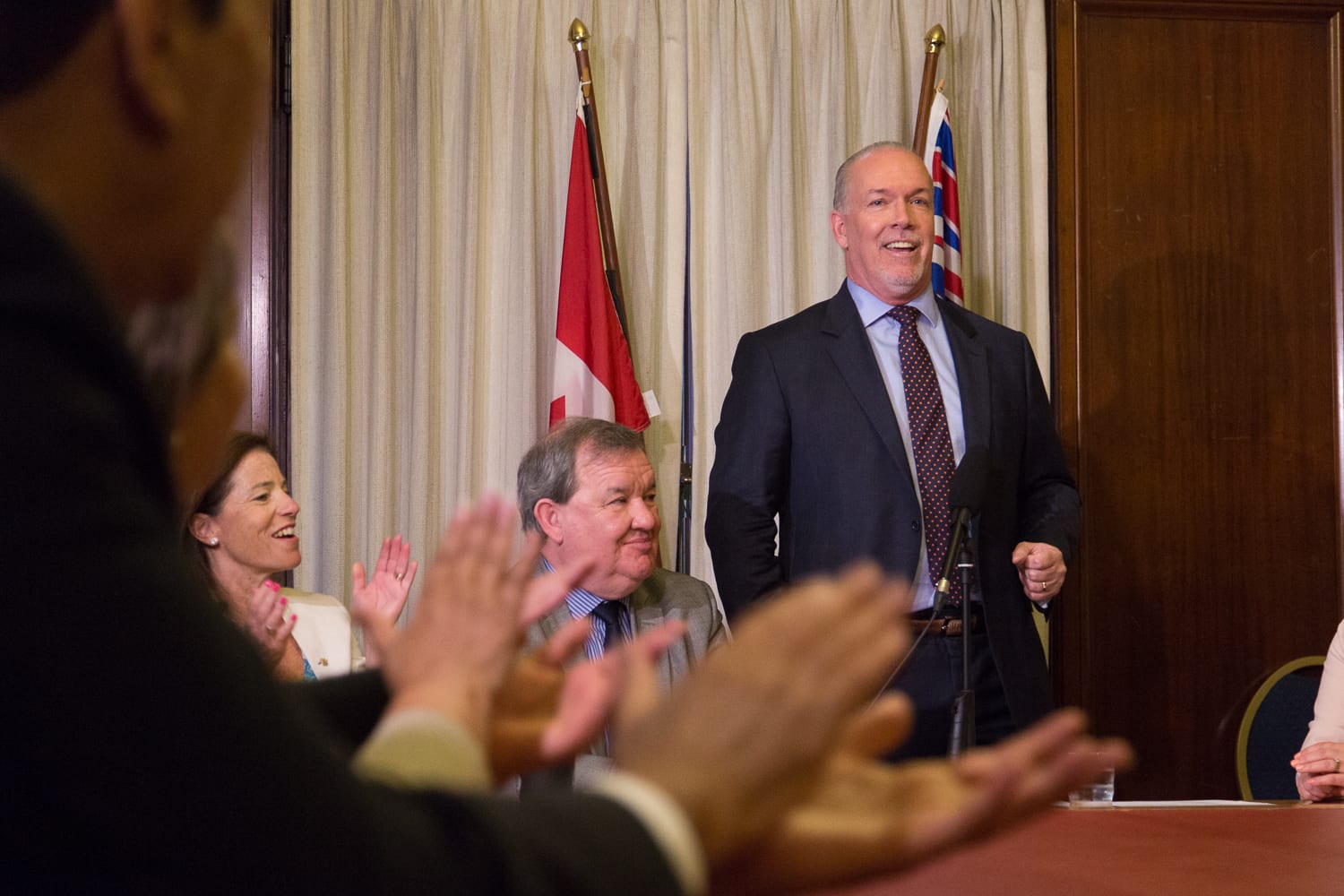 Buying and selling legal B.C. bud is about to get a lot easier, if the province’s incumbent politicians get the mid-pandemic vote of confidence they’re hoping for.

While a storm of promising provincial press releases has raised eyebrows among journalists with flooded inboxes a month before a snap election called by Premier John Horgan’s NDP minority government on Monday, the news is welcome to the industry businesspeople who have been calling for the changes.

Late Sunday and early Monday, the province announced three programs that would help producers control when and where their products are sold, allow consumers to buy hyper-local weed and highlight products produced by Indigenous-controlled businesses. The programs are set to launch over the next two years, but could derail if the Oct. 24 election backfires for the NDP and brings in a new government.

And that would be a shame because these programs could be a real boost for local producers, BC Independent Cannabis Association president Courtland Sandover-Sly said in a phone interview.

The first program would allow small-scale producers to sell directly to retailers.

The government did not specify what it meant by “small-scale” producers beyond that it includes nurseries, but Sandover-Sly says it likely would apply to companies with less than one-acre — or less than 40,000 square feet — of production space.

Sandover-Sly says the programs shouldn’t be limited to just small companies, but be open to all producers — even the Auroras and Canopys.

Currently products have to be physically shipped to a government warehouse in Burnaby, B.C., where they sit for one-to-six months, Sandover-Sly said. Allowing for products to be digitally, instead of physically, inventoried and then shipped to retailers will help reduce backlog. 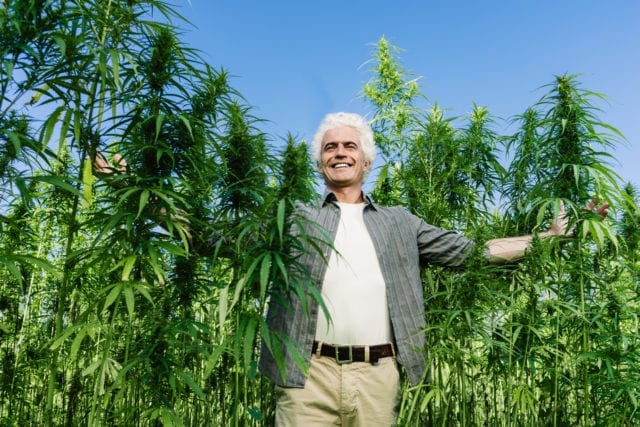 Farm-gate sales would allow consumers to buy weed grown in their own communities. ‘You have your butcher, your baker and your cannabis producer,’ BC Independent Cannabis Association president Courtland Sandover-Sly says. Image via Deposit Photos

This will also likely allow producers to have more of a say in where their products are shipped to. This could help a producer on Vancouver Island sell locally, instead of in Prince George, he said.

“We’ve heard clearly how important these kinds of sales are for smaller cannabis producers trying to get a foothold in a market currently dominated by larger players,” Public Safety Minister Mike Farnworth said in a government statement. “Now more than ever, our government is committed to supporting B.C. businesses and encouraging people to buy local, and that includes creating conditions for cannabis businesses of all sizes to succeed.”

A much called-for farm-gate sales program would allow people to visit producers and buy cannabis directly from them, similar to buying wine from a vineyard.

Currently cannabis producers and cultivators in B.C. can only sell to the provincial distribution branch, which then distributes cannabis to retailers. Farm-gate sales will remove the middle man and help companies focus on regionality, according to Sandover-Sly.

“You have your butcher, your baker and your cannabis producer,” he says. “That’s the dream for a lot of cultivators.”

Producers and consumers excited by the first two programs would have to wait until 2022 for them to come online, however.

The third program will help promote Indigenous producers in B.C. by highlighting their products in retail stores, and is set to launch next year.

Nations has been encouraging the government to create a program like this for a year and a half, Sam says.

“Initiatives of this kind will help encourage First Nations entrepreneurs to step into this space and it will also have the benefit of encouraging investment in B.C. First Nation companies, such as ours,” he said.

Sam says his company would consider building a farm-gate retail space but for now will continue to focus on selling through provincial stores.

Sandover-Sly was also hesitant to change his business plans for his cannabis business, Martindale Farms, based on one press release from the government right before an election.

All the same, the skies above the cannabis industry just got a little brighter, he says. 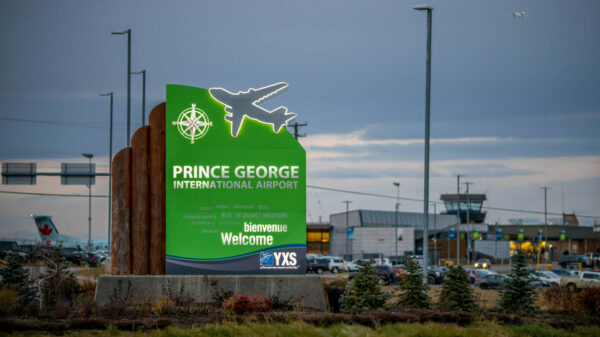 Despite opposition from airlines and industry members, Copilot is on track to open its doors at YXS if given final approval 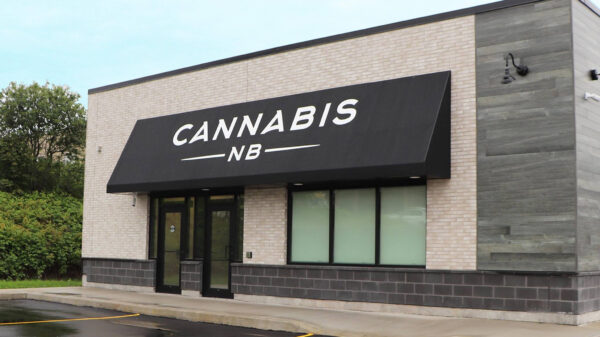 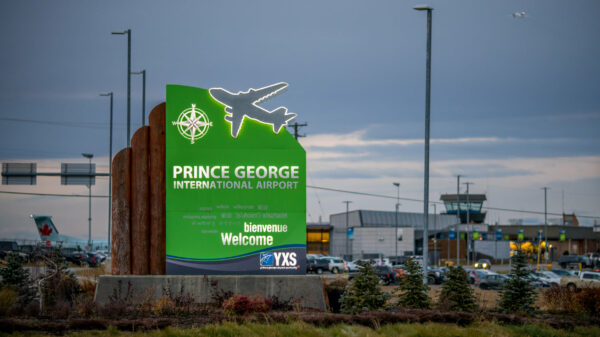 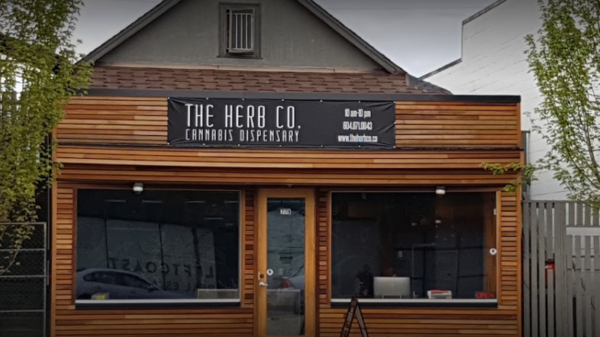 BC posts $1.4M in fines to unlicensed pot shops

The Herb Co. was fined $157,000 for selling cannabis without a retail store licence