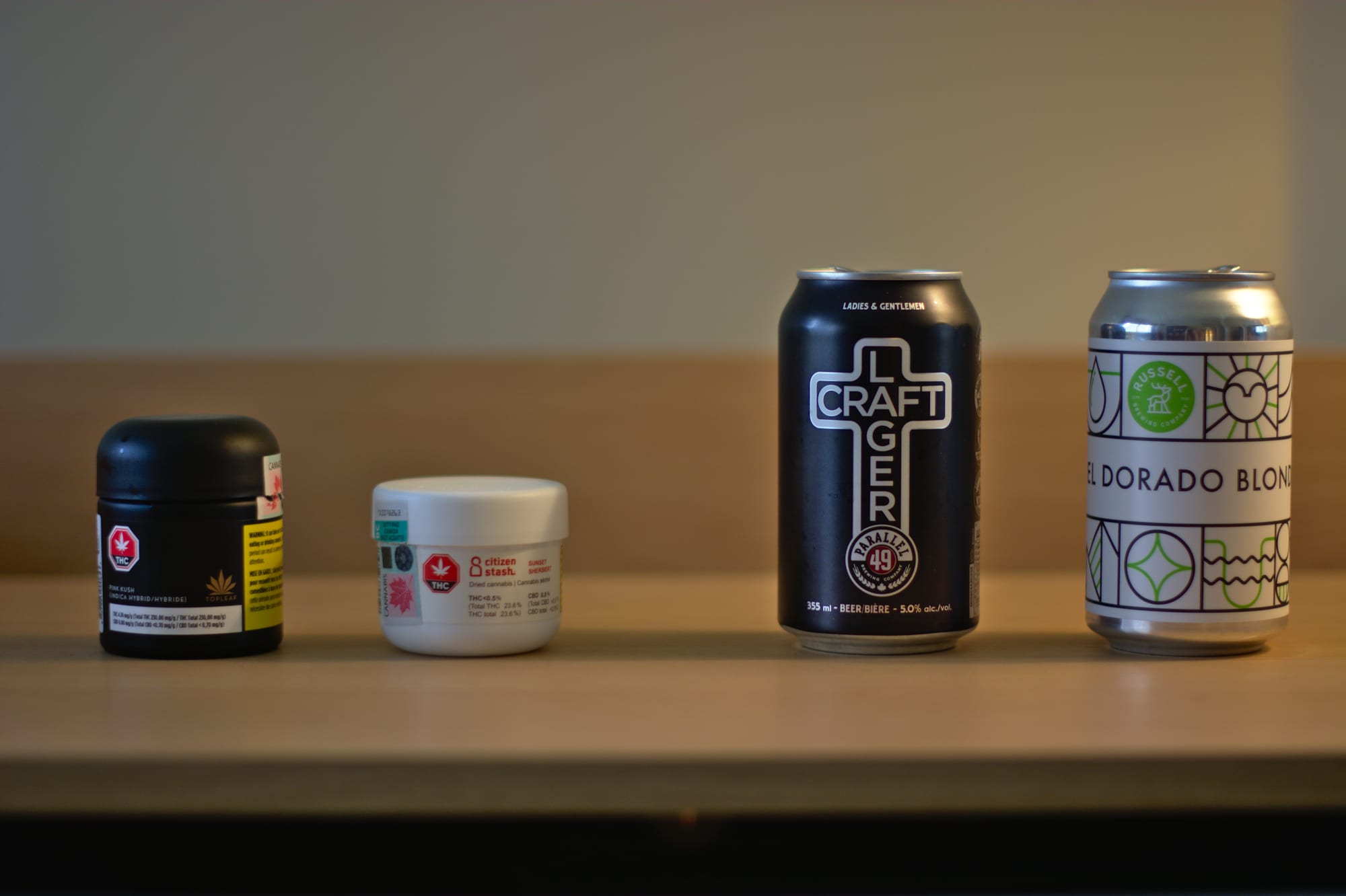 Clear battle lines remain drawn across the mycorrhizae of the Canadian weed industry.

So far, the government’s approach has largely been to handcuff both sides: It raids illicit dispensaries and charges illegal growers, while maintaining high barriers to starting licit businesses and limiting the ability of companies to distinguish their brands via advertising.

Conversations around the ineffectiveness of enforcement are gaining more momentum in the most recent sociopolitical discourse — where the war on drugs has been pointed to as a key contributor to systemic racism and police brutality — but the dialogue surrounding the need for companies to be able to better market to consumers had been picking up speed for months.

While calls for a hard look at the criminal justice system are controversial for some, most seem to agree that cannabis firms should have more freedom to communicate with consumers. As booze brands continue to market their beverages in increasingly bombastic fashions, it seems obvious to advertisers, pollsters, companies and consumers themselves that weed companies should have more public-facing freedoms.

Some firms aren’t holding their breath. With restrictions tight, and little sign of regulatory punishment from Health Canada, a climate of ‘fortune favours the brave’ has been given space to flourish. New brands, like the Trailer Park Buds, have pushed the envelope when it comes to how weed can be promoted in relation to depicted lifestyles. And a recent campaign on a news wire website has raised eyebrows when it comes to using non age-gated channels to promote weed-related services.

On May 26, The Hunny Pot published a press release announcing the launch of its same-day delivery service. Not only did Toronto’s first brick-and-mortar cannabis retailer catch heat for claiming to be the first to offer nug-to-door within 24 hours, it also sparked a debate as to whether such a move is permissible at all. After a listless tweet from weed lawyer Matt Maurer — which in the same breath highlighted the potential violation and doubted why anyone would care even if it did — a back-and-forth developed between him and fellow legal professional Harrison Jordan who, if any potential cannabis clients were wondering, actually smokes weed.

Is a non-age gated press release hyping your delivery service compliant with the federal promotion provisions? Nope. Will anyone care? Likely not.
– The Hunny Pot Becomes the First Cannabis Retailer to Launch Same-Day Delivery in Ontario https://t.co/4Rgczw91A5

In the end, the two dispassionately settled the squabble by agreeing to disagree, with Maurer arguing that hyping your brand in the open is against federal provisions, and Jordan saying the service is directed at journalists to create news content, not at consumers or minors. So if the seeming lack of importance of reaching a clear conclusion on the topic is any indication, is there much at stake when it comes to promoting brands at all? Yes, a lot.

According to polling data, public awareness of cannabis companies continues to be very low. In the absence of marketing, potential customers are left to their own devices to browse through chemovars on Leafly, scroll through endless amateur reviews on social media, or simply take their chances with whatever’s available at the local pot shop. And that’s why experts say advertising is so important to compete with the still-booming illicit market, so companies can lay out value propositions of their products in plain or otherwise engaging language.

Maurer says the shroud of mysteries engulfing permissible promotion are a fault of the system.

“They don’t come out and give examples of things that are non-compliant and they don’t say, ‘This is an example for everyone else in the future,’” he says. “If you’re not compliant in their view, you get a letter usually asking you to stop it — in theory they could just fine you — but they don’t post a record of the things they say are not compliant, so there’s no guidance.”

And although his wits are sharp to notice rule-breaking when he sees it, Maurer wants to see more ways for companies to be able to express themselves. 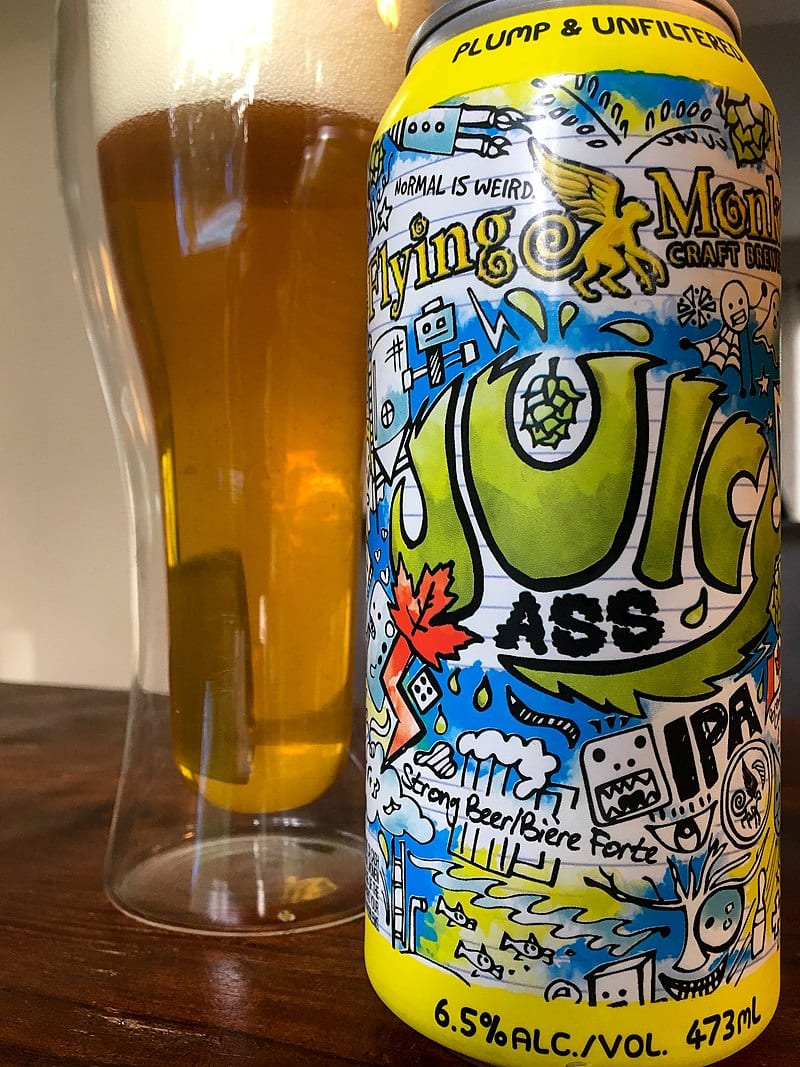 The Juicy Ass IPA from Ontario’s Flying Monkey craft brewery is an example of the freedom alcohol companies have to make their products look appealing to consumers, and differentiate themselves from competitors. Photo by Fil.AI via Wikimedia Commons

“I would really like to see the packaging and labelling restrictions be loosened. There’s gotta be a way to differentiate and for brands to be able to promote themselves vis-à-vis each other, while at the same time achieving the objective of not encouraging young people to become consumers,” he says.

It’s clear that the government has taken a different approach to regulating cannabis than alcohol. Even though alcohol may be widely viewed as less harmful than weed, Maurer says there’s no legal obligation for the state to regulate with an even hand. But there may be an ethical obligation. Going back to all the playful ways in which drinking is advertised in plain view, the fact you can bring your kids into beer stores or drink with them at restaurants, and the violence alcohol reaps on society at large — it doesn’t take much in the way of mental gymnastics to spot the moral hypocrisy.

If there’s anything to fault marketers in the Canadian cannabis space for, it’s not a lack of trying. One clearly positive aspect of the restrictive climate is that it forces advertisers to be creative. Right at the outset of legalization, brainstorming was underway en masse.

Just 90 days after the floodgates of sanctioned dankness opened in the Great White North, our nation’s first weed marketing conference packed the underbelly of Toronto’s pointiest building. The New Heights Cannabis Marketing Summit 2019 took place at the CN Tower on Jan. 17, organized by JLM Strategic Marketing and its president Jennifer Mason. And then last October, JLM held its first Cannabis Tourism Summit — an event for a sector as full of excitement as any could be without yet having a complete legal framework to operate in.

But the fact that the tourism industry has been one of the hardest hit by the pandemic, hasn’t stopped Mason’s plans for a second summit this year, nor has the virus-induced volatility stopped her from coming up with opportunities for her cannabis clients to use the situation to their advantage. Canadian provinces have already started to re-open their economies. People want to get back to business, people want to be hopeful. So even if we’re just dreaming about tourism right now, Mason says, we can still plan. 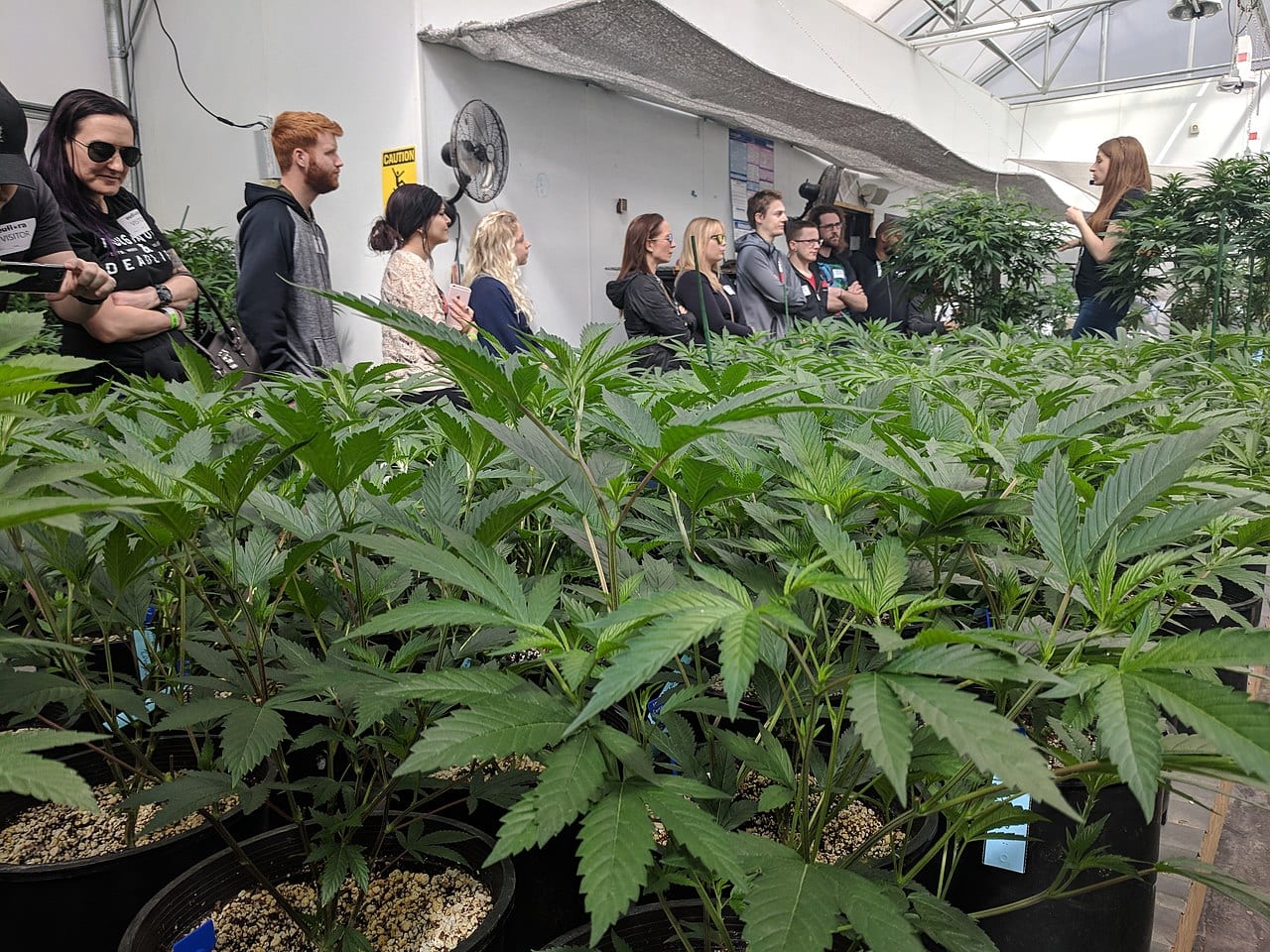 A group takes an inside look at a Colorado production facility in 2018. Companies like Colorado Cannabis Tours offer a wide range of cannabis experiences. Photo by Cannabis Tours via Wikimedia Commons

“We can also look at: What are the small things we can do right now? As tourism becomes about being hyperlocal, what can we do that’s outdoors, that’s social, that brings the community together?” she says.

The idea that weed brands can be a positive part of their communities is the lens Mason is thinking through right now. The timing might actually be good for the industry, as tourism companies try to figure out ways to lure dollars out of in-province populations. Especially in more open markets like Ontario, where farm-gate sales and other micro-experiences offered by licensed producers have the potential to draw cabin-feverish customers.

Covid’s liberation of Ontario’s pick-up and delivery sector has given retailers an unprecedented opportunity to gather information from their customers. People can’t just walk into stores anymore and pay with cash, they have to give details every time they make an online purchase. That’s the perfect time to open lines of communication with consumers and ask them to be a part of a brand’s network.

“All of that consumer data and that information lets the brand get to know people better and how they can communicate, but also over time will be evidence to the government there is a demand for this, and they need to relax — nothing really terrible has happened since we introduced cannabis to Canada legally,” Mason says.

To spotlight the unrelenting problem-solving of people like Mason, sure, there will always be opportunities to be creative and to make the best out of bleak-looking situations, but in the end it’s the government’s decision if it wants to set legal weed up for success.

“First and foremost, I don’t think the government should prevent companies from being able to do business effectively. Some of the regulations that are in place right now cross that line for me,” Mason says. “You want to create a legitimate industry. You want these businesses to outshine the black market except you’re putting handcuffs on the businesses and making it very difficult for them to operate.”

The uphill battle of licit Canadian companies against their unregulated counterparts is clearly exasperated by the regulations restricting companies from telling their stories to new consumers and galvanizing their existing bases, especially when you can ring up a dealer for fresh weed at half the price.

Ontario revoking weed’s status as an essential service but not alcohol’s, the ensuing outcry and its following reinstatement was good for cannabis, Mason says, because it showed both the power of the consumer while underlining the unfairness of treating the two substances differently.

“You can’t legitimize alcohol and not cannabis. We need regulators to start seeing cannabis and alcohol on the same level.”