The 'Not Done Yet Report Card' highlights where Canada's cannabis policies need improvement. Image via Pixels

On the third anniversary of legalization, voices from the cannabis industry have given Canada a poor grade, with a directive for governments to improve.

The legal weed market has been evaluated based on government objectives, industry outcomes and community expectations in what’s called the “Not Done Yet Report Card,” and Canada got a grade of “D” overall.

Released Sunday, the report card is the work of the Cannabis Council of Canada (CCC), the national organization of Canada’s licensed producers and processors, along with Cannabis Amnesty, Medical Cannabis Canada (MCC) and advocacy organization NORML.

The report echoes many of the same sentiments from a similar report released by the CCC a year ago. Frustration over a lack of movement in these areas appears to have dropped the scores even lower. 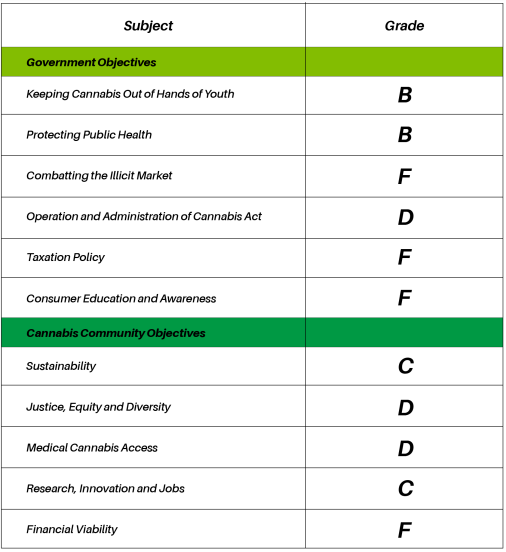 Image via the Cannabis Council of Canada

The evaluation comes ahead of the Cannabis Act’s statutory review, and the choice of topics signals to governments where improvements are needed, the authors explain.

“In celebration of the third anniversary of Canada’s historic leadership, we are calling upon governments to come together with renewed energy and adopt the reforms needed to fulfill the health, social and economic promise of cannabis legalization,” said George Smitherman, president and CEO of the Cannabis Council of Canada.

For the most part, Canada is struggling in almost every section.

In 2018, Canada became the first developed nation to legalize cannabis. But the current system has been criticized because some regulations impede licensed retailers’ and producers’ ability to succeed, operators say, giving the illicit market a leg up in certain areas.

Protecting public health and keeping pot away from minors appear as main objectives in all levels of government when talking about cannabis policy. In those two areas, Canada has been given a “B” — the highest grade the country achieved.

In both instances, what barred Canada from reaching a top grade is the illicit market, where “at least half of all sales of cannabis products in Canada are from,” according to the report card.

Its authors emphasize their concerns on the lack of government action to crack down on unregulated weed, which they argue is still available to youth from the illicit market and which studies show contain more contaminants.

“Governments, both federal and provincial, have largely failed to deploy any substantive public or consumer education campaigns about the dangers of illicit cannabis in contract to the public health protections provided by legal cannabis,” the evaluation continues.

Consumer education and awareness of cannabis received a failing grade.

And as a whole, combating the illicit market also got an “F.”

Eliminating unregulated weed sources is one of the primary objectives of legalization, but the authors estimate about $4 billion a year is diverted to the illicit market.

“Governments have left legal licence holders on their own when it comes to combating the illicit market,” reads the report.

Restrictions on advertising and marketing continue to be a disadvantage for licensed sellers, which struggle to access financial services while illicit weed websites use e-transfers for payments, the report adds.

It’s also argued the unregulated market has an advantage because the high federal excise tax rate cuts too heavily from producers’ profits, and many provincial mark-up policies have “failed to evolve.” 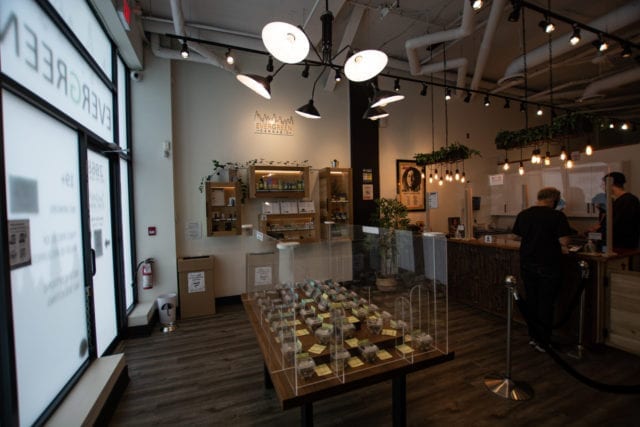 The ‘Not Done Yet Report Card’ points out the disadvantages licit retailers face under the current cannabis regulations. Photo by Nick Laba

Several sections in the report tie in how the unregulated market is negatively impacting regulated sales.

For the most part, the evaluation suggests enforcement of illicit sellers is needed, while reducing regulatory burdens for legal ones.

In terms of amnesty efforts, Canada has made little progress in clearing records of people criminalized for possession under previous laws, the report notes.

There are still around 500,000 Canadians with a criminal record for cannabis possession, with overrepresentation of BIPOC communities.

For justice, equity and diversity, Canada got a “D” because governments haven’t set up meaningful initiatives to redistribute a portion of cannabis tax revenues to communities harmed by prohibition, which has been the case in U.S. jurisdictions with legal pot laws.

Administratively, dealing with many parts of the Cannabis Act on a regular basis is a headache for licence holders.

A “D” in this section is attributed to the difficulties licence holders face when communicating with government officials, the slow pace of administrative processes and problems with the excise stamp program — all while licence holders pay annual regulatory fees on revenues to pay for these services.

Tax policy altogether got an “F” for those reasons, as well as the “systemic injustice of taxes on medical cannabis.” 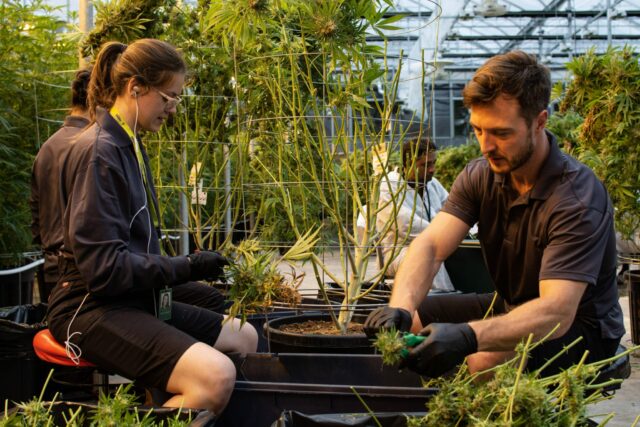 It’s not only those working in Canada’s cannabis industry that are disappointed about legalization.

Consumers aren’t getting what they deserve either, the report argues.

A “D” grade for access to medical cannabis is because patient needs have “taken a backseat to concerns of suspect misuse of the medical stream.”

“While parity between the medical and adult-use framework on issues including product formats, packaging, taxes and duties was designed to address this misuse, it has come at the much greater cost of impaired patient access,” the report continues.

For medical pot, key issues to be fixed include affordability, accessibility and product formats. The latter references rules that don’t serve medical cannabis patients, including the 10-milligram THC limit on edibles.

“This low dose level does not meet the needs of cannabis patients where the common daily dose can be substantially higher. If patients want to consume legal edibles, they must consume multiple units and pay the additional costs and taxes for their medicine and bear the impact of a significant burden on their paychecks.”

Unlike other prescriptions in Canada, medical pot is taxed, and removing those taxes is an essential step, the authors argue.

It’s noted that Health Canada’s Canadian Cannabis Survey estimates there are around four million medical cannabis users, but the latest data show under 350,000 active registrations from a health care practitioner.

According to the report, having a medical document is a “key determinant of whether patients will seek medical guidance on the use of cannabis as their treatment.”

However, studies have pointed out that doctors may not have enough medical cannabis education.

In regards to legalization research, innovation and job creation, Canada was handed a “C.”

While the cannabis industry has created tens of thousands of jobs, both directly and indirectly, weed research has been stalled because a regulatory regime meant for the pharmaceutical industry has been applied to an agricultural consumer product, the authors argue.

“Canada is the first G7 country to legalize adult-use cannabis and a leader in the export of medical cannabis, yet we have no economic strategy or vision for international or domestic cannabis.”

“The cannabis industry needs governments at all levels to come together with renewed energy and to reset their approaches to cannabis if Canada wants to accomplish the objective of the Cannabis Act and fulfill the promise of cannabis legalization,” the report concludes.