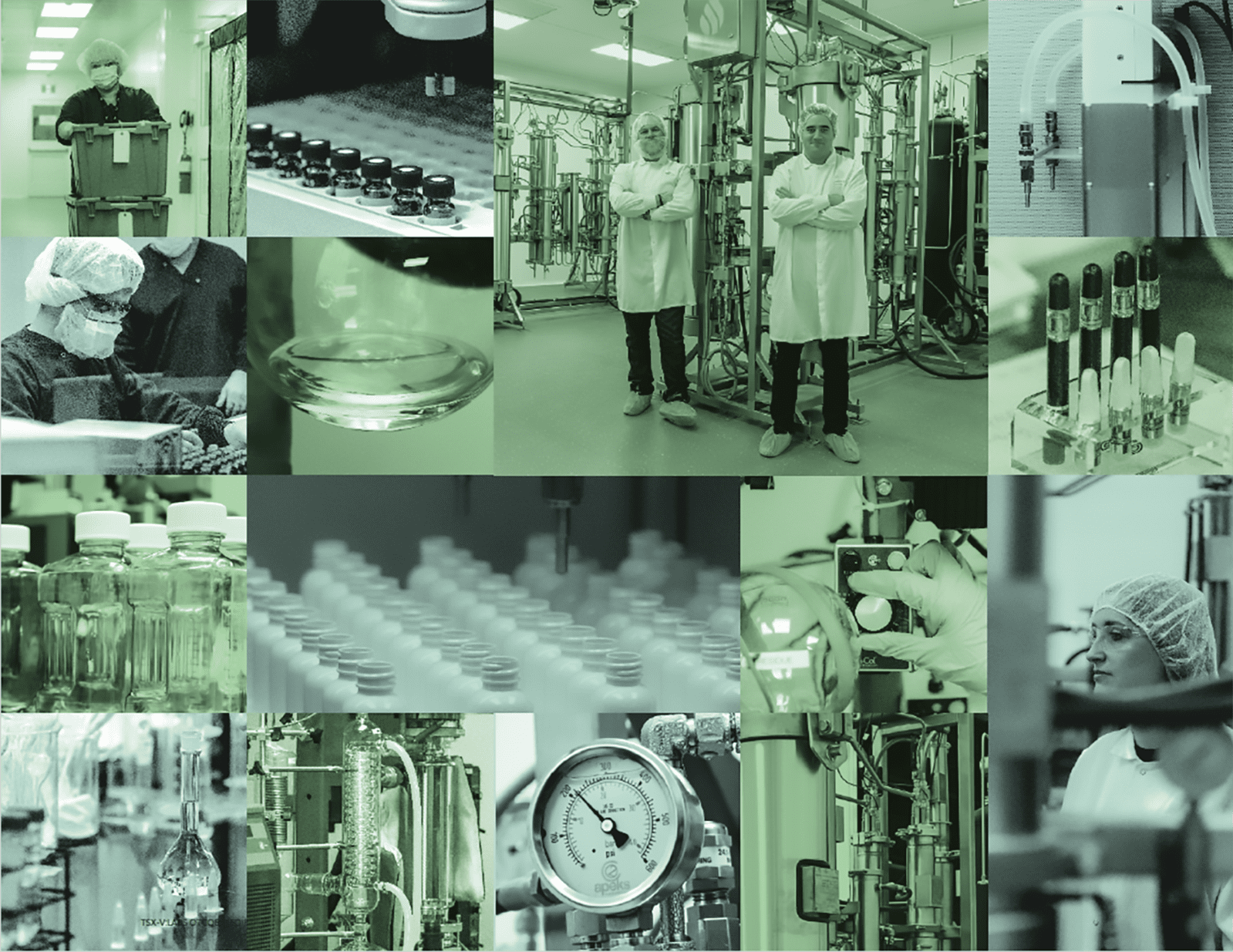 Despite the majority of pot stocks losing double-digit percentages since April, the second-phase of legalization in Canada for cannabis derivative products this fall is providing a ray of light for the sector that has endured a scandal-filled summer. Items like vape pens and edibles are expected to drive up margins and attract millions of new customers, and that is why some investors are taking a closer look at MediPharm Labs (TSX:LABS)(OTCQX:MEDIF) — a cannabis extraction company at the centre of this growth trend.

The Barrie, Ont.-based company was the first-ever to receive a Health Canada licence for cannabis oil production without first being a cultivator back in 2018 before pot became legal for adult-use. Since then, it has seen rapid growth in wholesale supply, processing and white label deals as companies prepare for Cannabis 2.0. Revenues have surged and MediPharm even posted a second-quarter profit last month — a rare feat in the nascent pot industry.

The company’s state-of-the-art facility in Barrie has five segregated extraction lines to work on multiple contracts at the same time while also possessing 300,000 kilograms of annual processing capacity, which it expects to increase to over 500,000 kilograms by year end. 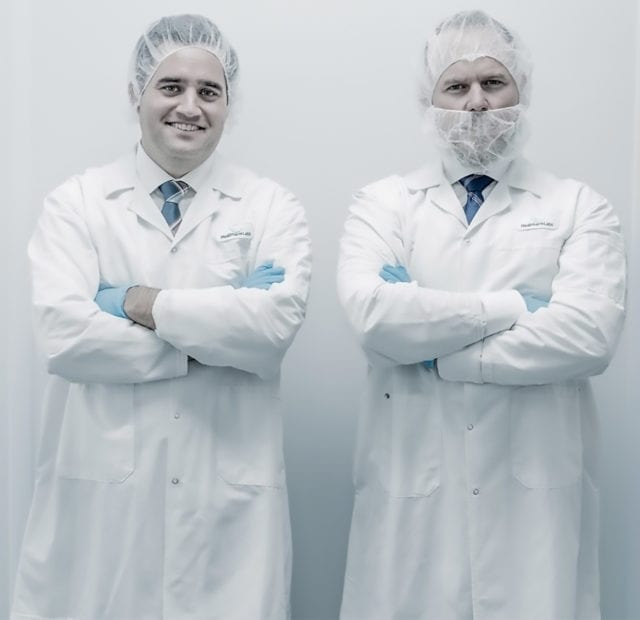 “We consider to set ourselves as a leader in cannabis extraction, mostly by size and just our scale of production,” said MediPharm Labs president and co-founder Keith Strachan in a phone interview.

“Where some people might quote future capacity, as of today, we’re probably in the top tier of pouring the most oil per day out of our facility in Barrie.”

Mugglehead talked to Strachan just after he and the MediPharm team rung the bell to open the Toronto Stock Exchange last month, which the company has been listed on since July when it graduated from the Toronto Venture Exchange.

Laura Lepore, the company’s vice president of investor relations & communications, said MediPharm Labs has come a long way since Strachan and CEO Pat McCutcheon founded the firm in 2015, and Strachan was instrumental in securing the country’s first processing-only licence from federal regulators.

“When Health Canada got back to us, they said, ‘you messed up your application, where are you going to put your root bulbs?’,” she said in a phone interview. Lepore added the 94 licences that were issued before theirs had some sort of cultivation attached and Strachan had to educate Health Canada the value of extraction in cannabis. 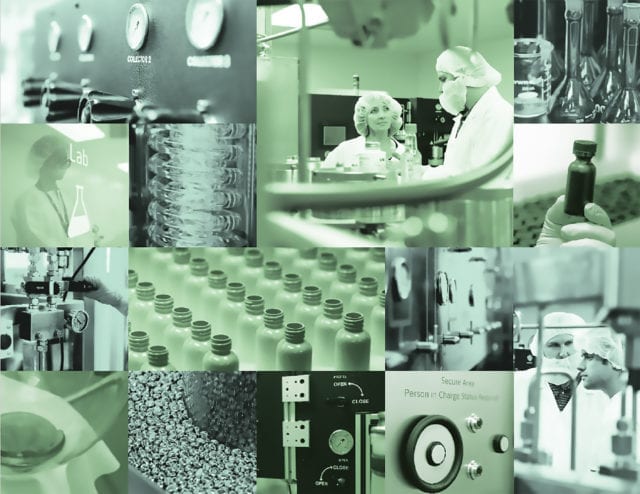 Looking at cannabis ‘through a pharmaceutical lens’

Because MediPharm was the first to focus solely on extraction, Lepore said it has enjoyed a first-mover advantage, but it also has had time to build a company zeroed in on quality.

“When you layer on how MediPharm has built the platform that looks at cannabis through a pharmaceutical lens – it’s a pharmaceutical team and most of the management team comes from some kind of pharma background — it’s just a different way of looking at cannabis and with a focus on producing the highest quality products,” Lepore said.

The same people that helped design the company’s GMP-certified extraction facility consulted on building pharma giant Pfizer’s facility, and Lepore said: “you can pretty much do heart surgery in all of clean rooms.”

The laser-like focus on producing pharmaceutical-grade cannabis oil and concentrates has allowed the company to learn how to calibrate different parts of the CO2 supercritical extraction process. Whether it’s adjusting valves, changing pressures or applying different techniques, MediPharm has been able to achieve “incredible recoveries into the 80 per cent range” while processing cannabis for its active components like THC or CBD, Lepore said.

Some investors are weary of processing-only companies in the cannabis space as major players like Canopy Growth (TSX:WEED) build out in-house extraction facilities reducing the need for outsourcing. But Lepore said the process is complex and, anecdotally, if a company were to just plug in a machine you’ll get around 65 per cent recovery.

With MediPharm’s research-driven team processing for over a year now, the company’s built up expertise and anchor in quality has helped it secure a leading number of white label and co-packing agreements with licensed producers and even with non-cannabis companies — another rarity in the industry.

In May, the cannabis extractor secured an agreement with Cronos Group (TSX:CRON) to supply the Toronto-based pot producer with roughly $30 million of cannabis concentrate over 18 months, with the potential to expand to $60 million over 24 months.

As well, the company has secured some tolling contracts — taking other companies cannabis, processing it, and selling the extracted product back — but Strachan said its strategy moving forward is to continue focusing on making end products under white label brands, which is where the majority of its revenues already come from.

VAPE PENS: The Future is in Advanced Derivative Products and we're preparing now with build out of our automated vape cartridge filling line and R&D on formulations and fill. #leaders #extraction $LABS $MEDIF $MLZ https://t.co/THv4dCrUxN pic.twitter.com/JscLz32Kug

With derivative products hitting store shelves in Canada by mid-December, Lepore said MediPharm’s business has ramped up so much it is now the biggest buyer of cannabis in the country.

In the last three weeks in June, the company procured more than 9,000 kilograms of cannabis from 23 different LPs to be turned into oil, concentrates and other inputs for items like vape pens and edibles. By comparison, all companies combined in the sector sold 8,874 kilograms in all of April, according to Statistics Canada.

In June, MediPharm secured a white label agreement for a minimum of 2 million vape pens over three years with the owner of the Ace Valley, a top-selling cannabis brand in Canada.

The company has built an automated vape pen filling machine, and Lepore is  “99 per cent sure” no other firm has the same automated technology, not even in mature markets in Colorado and California.

“We’re building the largest vape pen platform in all of Canada, because vape pens for us is our biggest opportunity from a Cannabis 2.0 standpoint,” said Lepore.

In California, demand for concentrates and vape products has risen to 37 per cent of the state’s US$3.1 billion cannabis market this year, which surpassed the demand for dried flower, according to BDS analytics.

Alternative cannabis products could be a $2.7 billion market in Canada, Deloitte estimates. Meanwhile, Cannabis 2.0 products could attract three million additional consumers in the country, according to Ernst & Young.

Lepore also said because the company delivers high quality, thoroughly tested pure THC or CBD legal concentrate for vape products, consumers will have the soundness of mind they are using safe products.

“People say the black market is really great, but it’s very hard to grow cannabis indoors without using pesticides – period. So what comes from the black market, you don’t know what you’re putting into your body,” she said.

Since June, there is now more than 200 cases of Americans being hospitalized with pneumonia-like symptoms after some have reportedly been vaping illegal cannabis oil.

MediPharm will also supply companies with THC and CBD concentrates for products like edibles and beverages, and Lepore said quality will be key in those segments because precise dosing is going to become so important. According to one recent study, chocolate can throw off potency tests so labels can be inaccurate. Health Canada will allow a margin of error of 15 per cent for edible products with over 5 milligrams of THC or CBD, as per a Globe and Mail report. 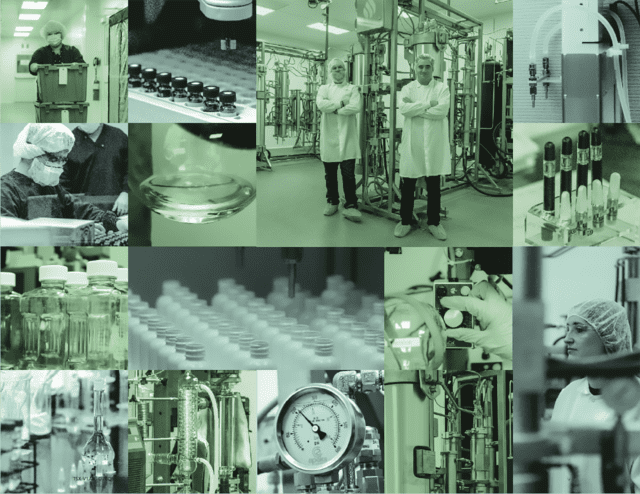 As the company takes on more clients ahead of Cannabis 2.0, it posted a second-quarter profit of $4.1 million last month. The cannabis extraction pioneer said its revenues for the three-month period ended June 30 was $31.5 million, a 43 per cent increase over the previous quarter.

In the quarter, MediPharm was awarded a manufacturing licence for a 10,000 square foot facility nearby Melbourne, Australia that will be able to process up to 75,000 kg of dried cannabis annually. The company also secured permits to import medical cannabis concentrate to cannabinoid company AusCann in Australia and made its first medical cannabis oil export shipment in June.

Lepore said a lot of companies throw around the term GMP certified, but there are many different levels of that type of certification. MediPharm is expecting to receive its EU GMP certification for its Barrie facility, which Lepore said is the highest standard to achieve and it will allow the company to ship cannabis extracts into growing European markets.

Strachan said it wants to go to other highly regulated markets similar to Australia and Canada, and with operations in Australia, the company is positioned to pursue opportunities in Southeast Asia such as Thailand, which recently allowed cannabis extracts in its legal medical marijuana program.

Strachan added MediPharm is taking a close look at Europe.

“The good thing about Europe is, it can happen very quickly,” he said. “So we’re excited about Germany, and then we’re looking at other places, like Italy, Portugal as they roll out medical programs.”

MediPharm is also keeping a close on the U.S. market, but Strachan said the company is waiting for either federal legalization or at least the Food and Drug Administration to come up with rules for CBD supplements.

“I think that’s a big opportunity because we work in a highly regulated industry now from both Health Canada and the work we’re doing to become GMP certified,” Strachan said. “I think that that is 100 per cent transferable to an industry that will tightly regulated by the FDA.”

Wall Street forecasts the company will reach nearly $84 million in sales in 2019, with 2020 sales surging to $150 million. Shares of MediPharm have skyrocketed 181 per cent since the start of the year.