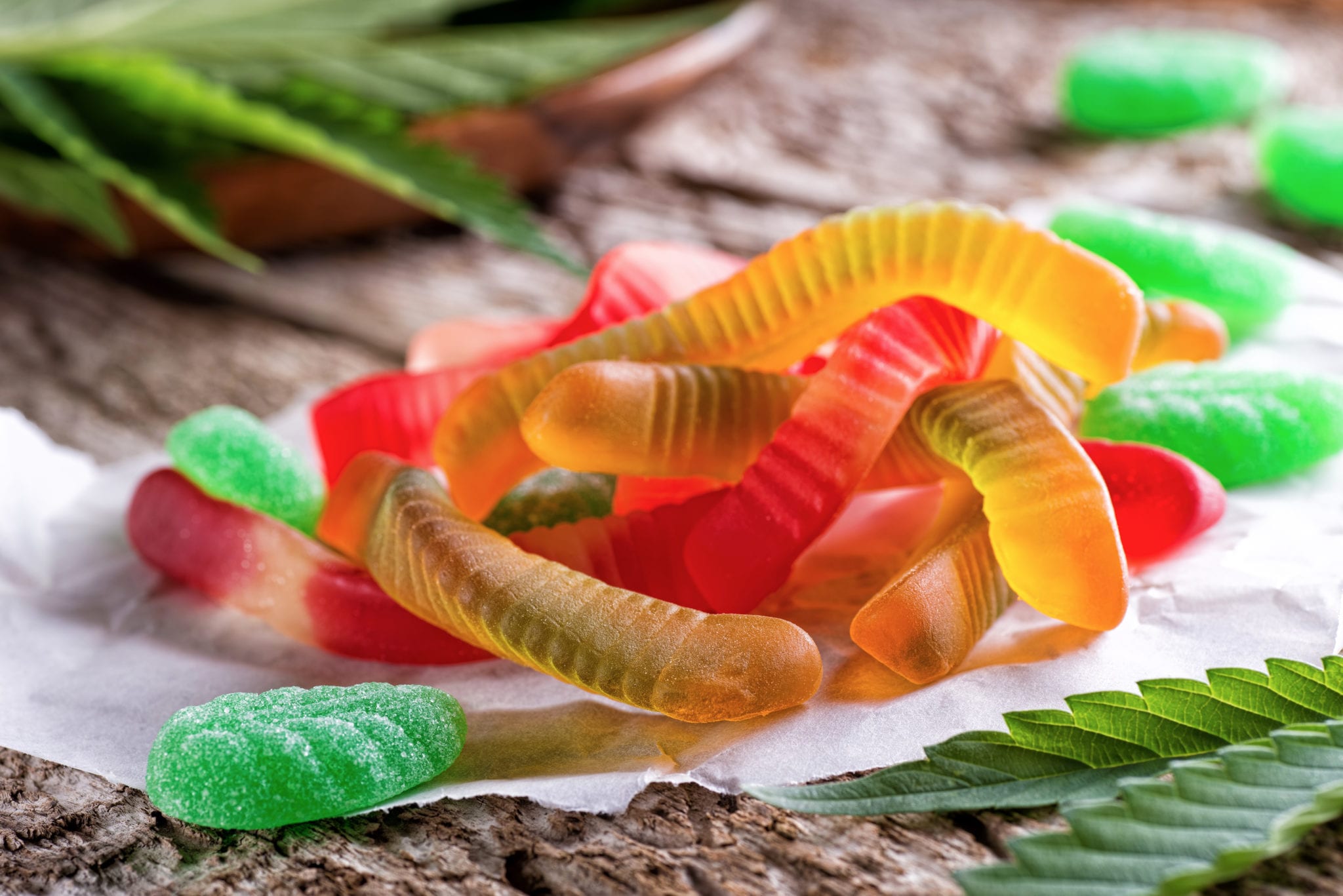 The next generation of cannabis products — including edibles, drinks, extracts and topicals — will all become legal Oct. 17, 2019 in Canada, but federal regulators said marijuana enthusiasts shouldn’t expect those products on store shelves “no earlier than mid-December 2019.”

Health Canada announced Friday licensed producers will be required to give the government agency 60 days notice if they wish to sell new products in order to prepare their products to meet the new rules. Cannabis companies can begin submitting applications Oct. 17.

“Provincially or territorially authorized distributors and retailers will also need time to purchase and obtain the new products and make them available for sale,” Health Canada said in its release.

Cannabis edibles and beverages won’t be available in restaurants. In the U.S. state and local governments have similarly banned CBD products from being sold in restaurants. The U.S. Food and Drug Administration regulations is still working on a policy framework to regulate food and drinks containing the compound CBD. 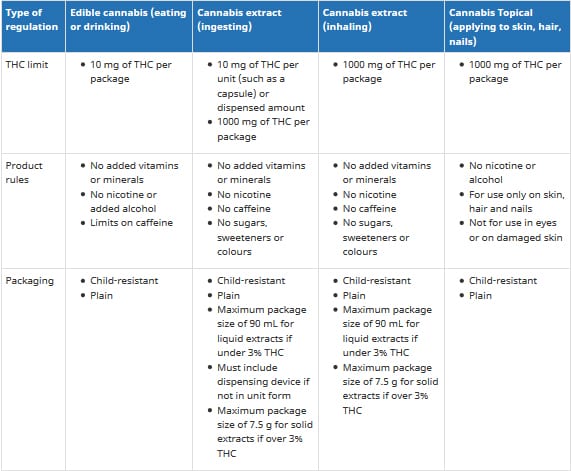 Similar to the tight restrictions for cannabis flower and oils that became legal last year, there will be strict rules with respect to how edible and extract products are labelled and packaged. Products are to be wrapped in plain packaging with an emphasis on making them undesirable to minors.

Cannabis laws relating to advertising and labelling so far have been criticized by the industry for going too far. Canadian cannabis companies are restricted to advertise or promote  their products. In contrast, in the U.S. cannabis regulations are looser allowing legal markets in some states to flourish.

Additionally, THC will be limited to 10 milligrams in a single serving for edibles and edible extract products. For extracts that are meant to be inhaled and topicals, the limit will be 1000 milligrams.

Production separate from other food products

When regulations were being drafted by Health Canada, cannabis producers were concerned with the proposal of having to produce cannabis edibles in a separate facilities. But despite the feedback, the regulatory agency will include the restriction in the framework.

Bill Blair, the minister who is responsible for the cannabis policies, told BNN Bloomberg the government is concerned about possible cross-contamination, although he notes there may be a way around that:

“We are now looking at requiring manufacturers to have separate facilities but that does not mean it can’t be in the same general proximity in a larger building, for example,” he said.

Blair said he is more concerned with safety for Canadian consumers than the industry’s ability to grow and sell products:

“It’s not the government’s intention to promote the use of this drug but rather to make it legally available in a well-regulated manner to reduce the social and health harms often associated with cannabis use,” said Blair.

However, critics have said if the government wants to curb black market cannabis sales these sort of heavy-handed restrictions will give illicit producers the opportunity to fill a gap in the market.

According to a report from Deloitte published last week, the new segment will be worth about $2.7 billion, with edibles accounting for more than half. And around 50 per cent of those polled by Deloitte said they would consume the chocolate, cookies or gummy edible products at least once every three months.

The legalization for cannabis edibles and other new products has been highly anticipated for the industry, and the announcement brings its a step closer to further opening up the market. But the growth potential for the industry may be limited as a result the regulatory roadblocks. It’s yet another reason why industry insiders say the U.S. looks to have notably larger potential.