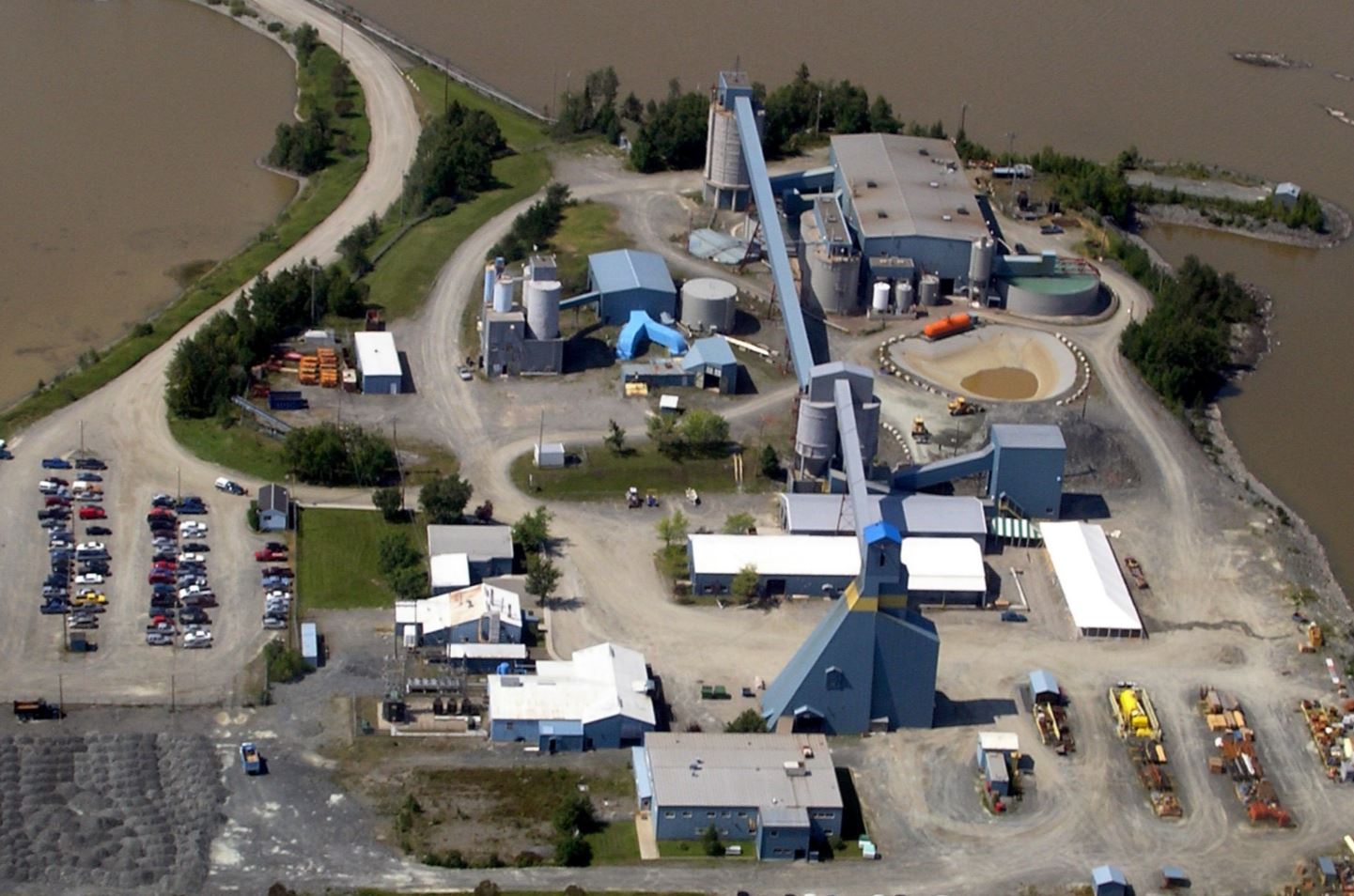 Toronto-based mining firm Wesdome Gold Mines Ltd. (TSX: WDO) had a challenging year due to underproduction at both of its assets.

This Wednesday, the company published the fourth quarter and full year 2022 production results and 2023 guidance. Wesdome President and CEO Duncan Middlemiss said in a statement the underproduction was related to the variability of the Falcon Zone which had a negative impact on the company’s ability to accurately forecast near-term production.

The Falcon Zone seems to have a nugget effect and the company has experienced both positive and negative results since starting to mine the area in Q4 2021.

However, Middlemiss said that near-term grade projections are improving with the implementation of short-term block models, improved reconciliation procedures and an increased inventory of drilled reserves.

Wesdome stock dipped by 16.73 per cent on Wednesday to $6.47 on the Toronto Securities Exchange.

Due to severe snowstorms, the transport of high-grade ore to the mill was slowed down during last year’s fourth quarter causing an underproduction.

Despite this, preliminary milled ore grades for the first two weeks of January have been strong at 17 g/t.

For the 2023 budget, the company will take a conservative approach and mitigate the risk of the variability of this zone by applying tighter drilling spacing and having additional ore development in place to improve forecasting within the Falcon Zone. 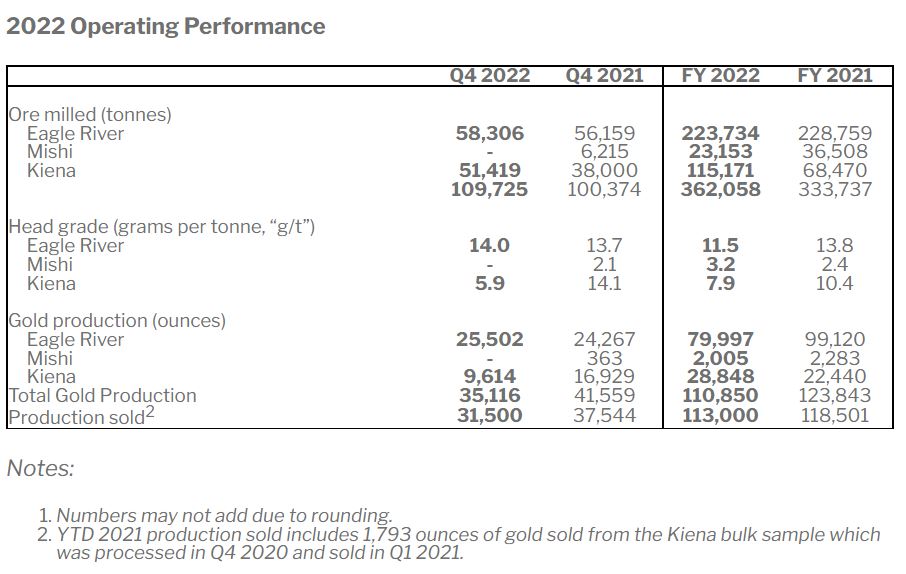 At the Kiena area, supply chain delays put the company six months behind schedule than its original commercial production date and 9-12 months behind on-ramp development. This delay limited mining operations to lower-grade areas of the mine.

Ore is planned to be extracted from the S-50, VC and Martin Zones as well as existing A-Zone stopes, the latter of which require remediation with paste fill to facilitate adjacent mining.

All equipment is now on site and operational, with the paste fill plant successfully commissioned and performing well.

“Successful execution of ramp development in 2023 will provide access to the much wider part of the high-grade A Zone in 2024, where ounces per vertical metre increase significantly,” Middlemiss added.

“Accessing this portion of the A-Zone was originally scheduled in the Pre-Feasibility Study  for the latter half of 2023 when the ramp reaches the 129 sublevel, which is now scheduled by the end of the year.”

The company will complete a five-sublevel mining front that will be developed from the 123 sublevel by year-end to allow for bottom-up mining which is preferable for optimum ground and ore control, according to Middlemiss.

“Looking ahead, 2023 will be a consolidation year for the company as we leverage the experience from 2022 to better forecast production at Eagle River (particularly the Falcon Zone), and advance development at Kiena to increase our developed reserves by year end,” said Middlemiss.

While total capital spending in 2023 is expected to be lower relative to last year, some growth capex at Kiena remains to be spent as the company catches up on delayed ramp development. This will make it gain access to the area of the A Zone where gold production approaches the Pre-Feasibility Study (PFS) levels forecast for 2024.

Wesdome’s said its capital outlays are then expected to decline in 2024 as the majority of growth spending comes to an end. As such, operational and financial performance overall is expected to significantly improve in 2024.

The company is budgeting approximately 137,000 metres of drilling budgeted for this year where exploration activities will prioritize opportunities to extend mineralization near existing mine infrastructure.

At Eagle River, the company sees strong potential in the targets adjacent to the mine diorite and the up-plunge extension of the Falcon Zone. At Kiena, it plans to better define and extend recently discovered zones and prepare the Presqu’ile zone for future development.

Wesdome is a Canadian-focused gold producer with two high-grade underground assets, the Eagle River mine in Ontario and the recently commissioned Kiena mine in Quebec.

Wesdome says its primary goal is to responsibly leverage this operating platform and high-quality brownfield and greenfield exploration pipeline to build Canada’s next intermediate gold producer.